There's more on the TV than The White Lotus, but half the RUSSH team are tuning into it anyway. As for the other half? They're eating a well-balanced diet of TikTok, Studio Ghibli films, and period dramas. But that's not all we've been sinking our teeth into this month. Between books recommended by Tilda Swinton herself, gifted works of Nora Ephron and the endless joy of Homer Radio, the RUSSH editors have been booked and busy. Here's what we're watching, reading and listening to in November... 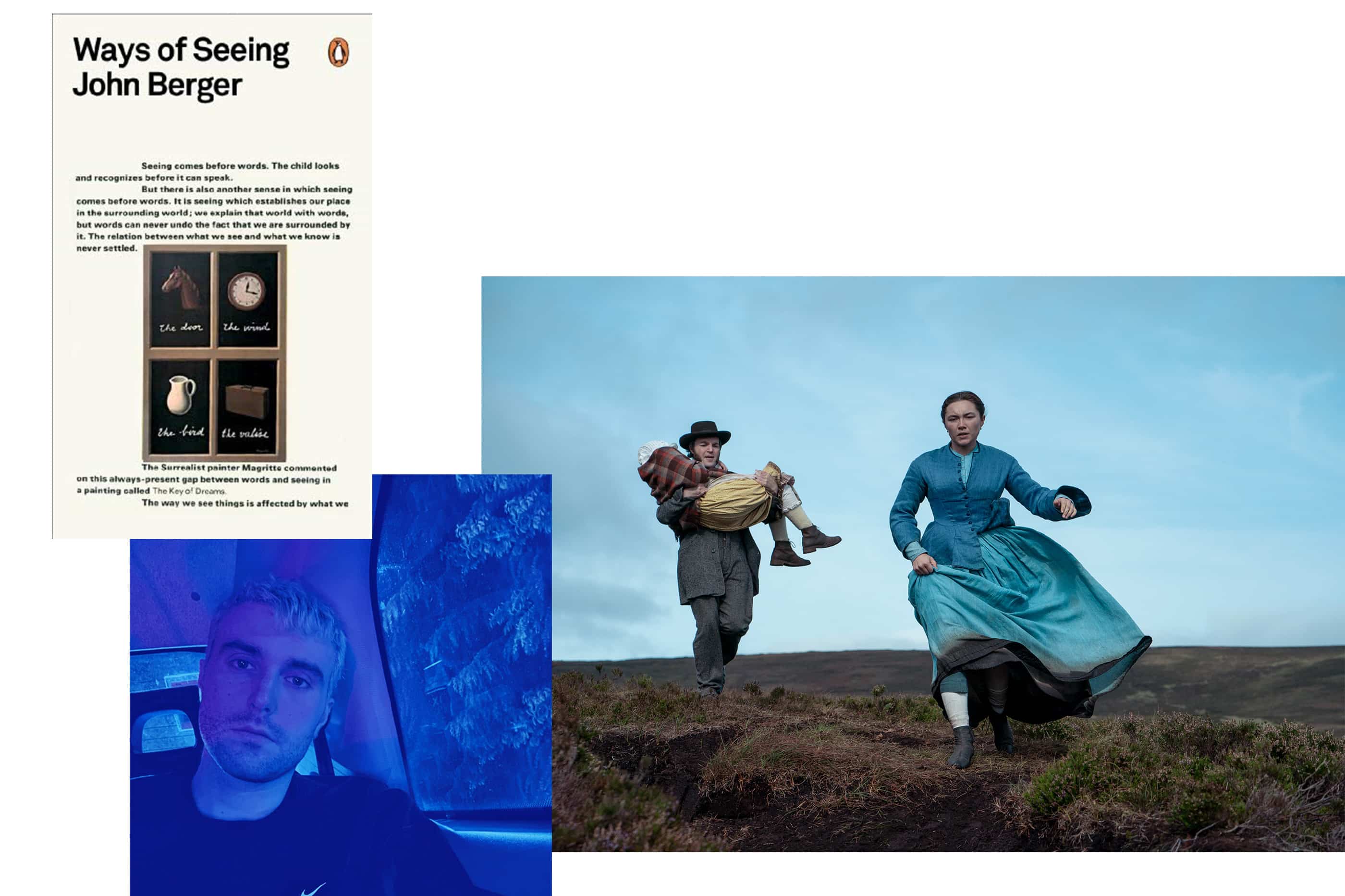 Watch… The Wonder – a Netflix film with surprising substance, this period thriller was a slow burn that had me progressively inching closer and closer to the edge of my seat. Florence Pugh does an amazing job as always, portraying a character with fierce directness – a role she knows and plays so very well.

Read… Ways of Seeing by John Berger. Recommended and endorsed by Tilda Swinton, this book constantly challenges and reframes my perspective on media, representation and the creation of the image, all things that are very much pivotal to my role as producer at RUSSH as well as my own photographic practices.

Listen… Kelly (end of a nightmare) by Fred Again. I’ve become entranced by Fred Again and have him on repeat throughout the work day as the perfect backing track to endorse productivity. This song in particular gets a workout, on repeat at least 5 times in a row. 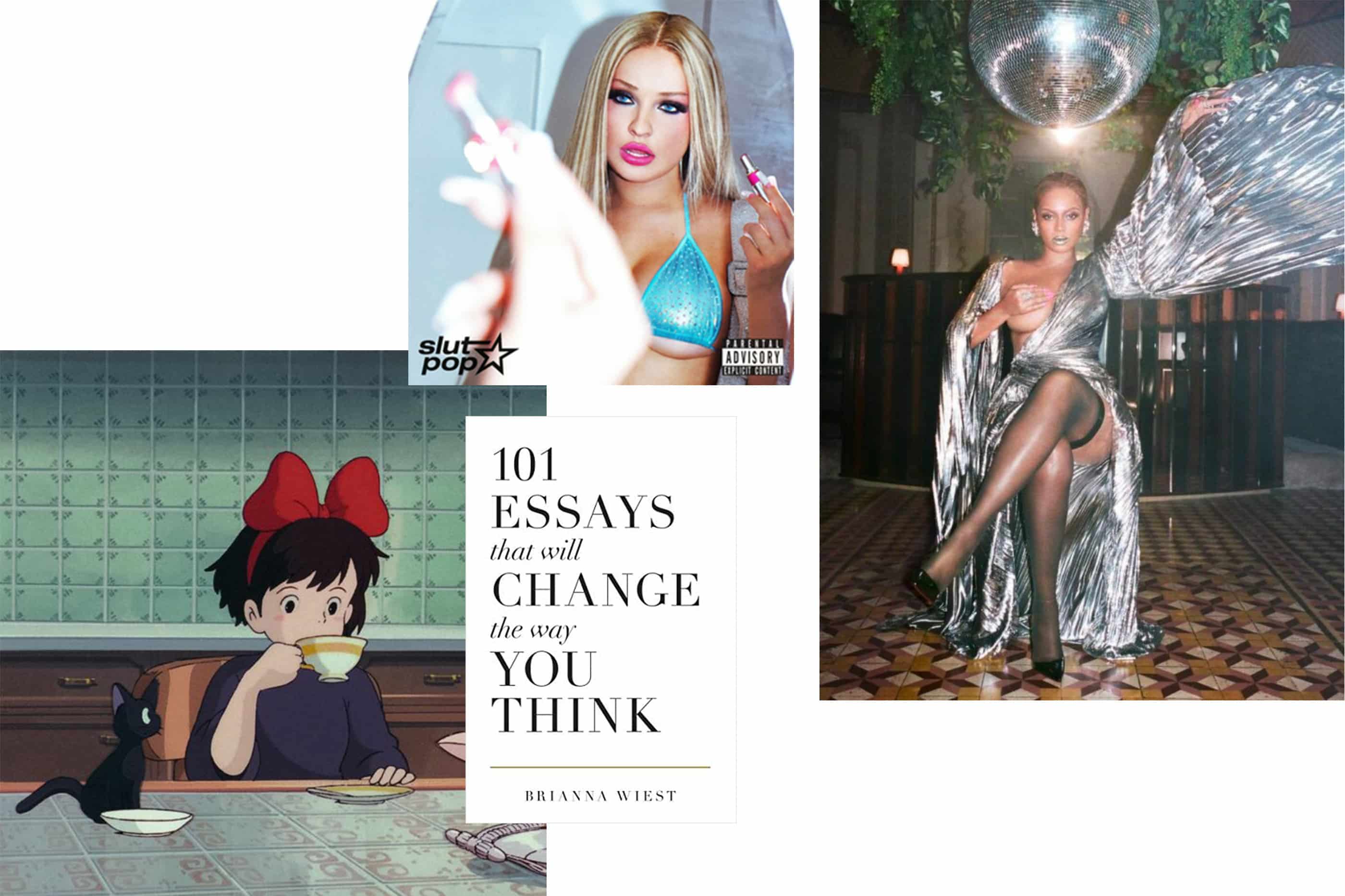 Watch… I am currently rewatching all of the classic Studio Ghibli films for the 100th time.. I just can’t get enough. They bring my pisces (and avid Anime lover) energy into a nostalgic and comforted place.

Read…Unlike my clever co-workers, I am certainly not the greatest reader! I am, however reading and enjoying (for way longer than I’d like to admit) 101 Essays That Will Change The Way You Think by Brianna West. The bite-sized advice is food for the soul.

Listen… Honestly, Renaissance by Beyoncé. I am more of a Rihanna girl myself, but this is the first Beyoncé album I've listened to from front to back. It is giving hot girl summer energy. I’ve also revisited my love for Slut Pop by Kim Petras in the last couple weeks and have not looked back. 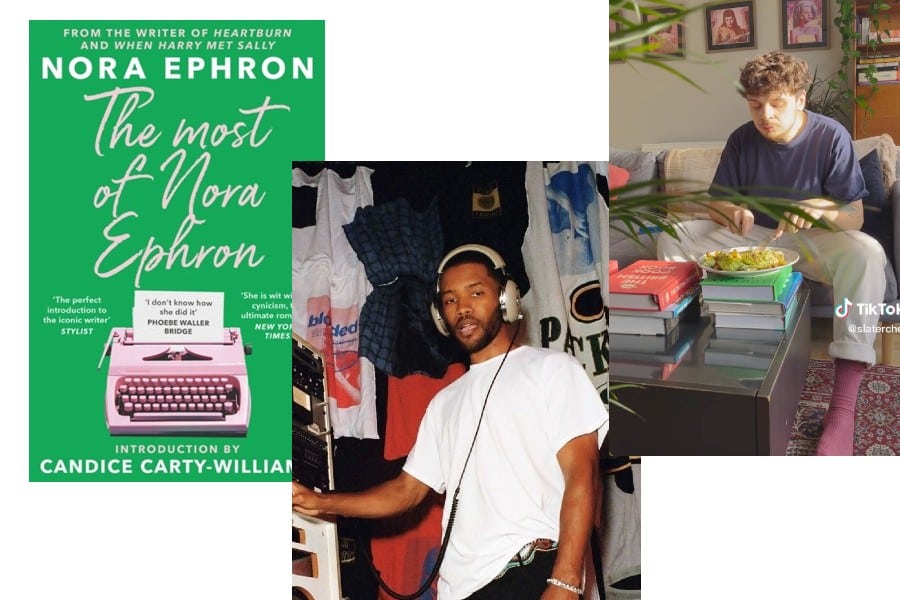 Watch… I have to admit, I haven’t tuned in to much this month, but I have been loving watching TikTok creator Ben Slater and his intuitive refrigerator lunch series. His creations are seriously delicious and have me wishing that I had a fridge full of exciting ingredients to help inspire my daily meals. Definitely living through him!

Read… My beautiful RUSSH team gifted me The Most of Nora Ephron for my birthday this month and I haven’t been able to put it down. It is equal parts funny, insightful and even a little sad – but has truly reminded me of the breadth of Ephron’s writing and trajectory throughout the years. Definitely feels like a big, warm hug from your favourite aunt.

Listen… Homer Radio – on repeat! In the car, at the gym, by the pool. Soundtrack of my summer, for sure. 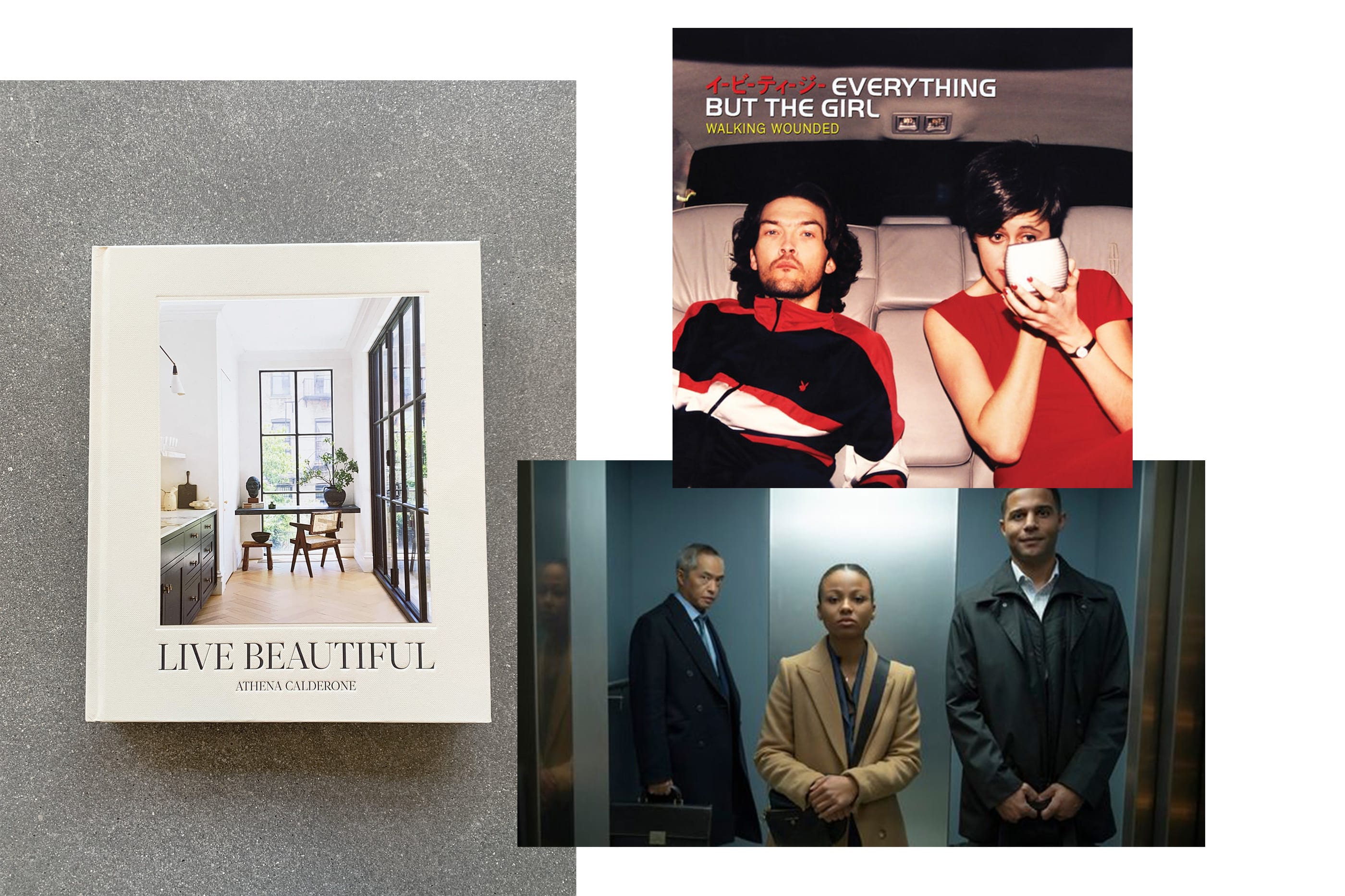 Listen… Everything But The Girl. 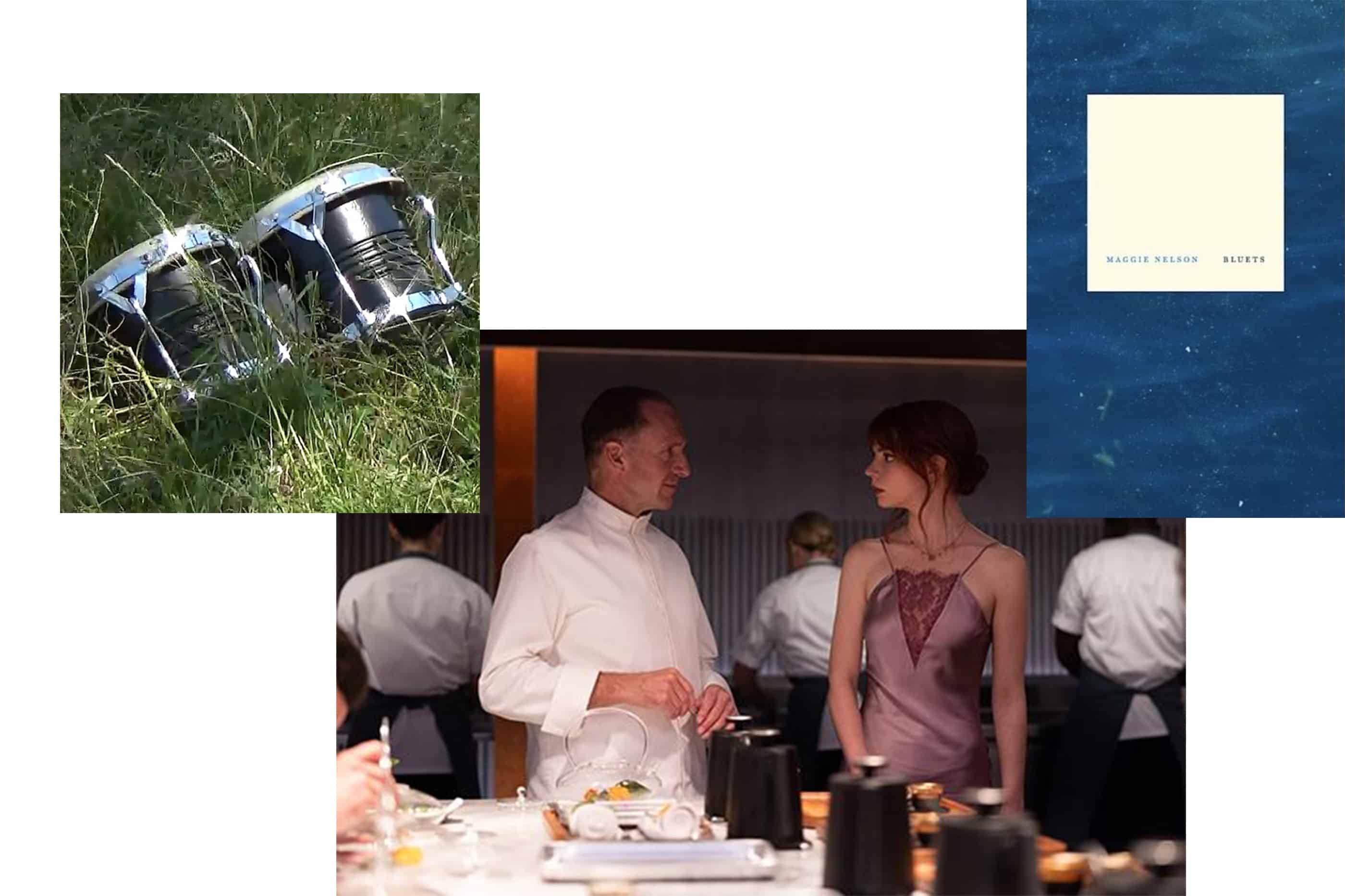 Watch…The Menu is a chaotic film about an unhinged chef whose love for food takes him to dark and unpredictable places along with his kitchen, the guests and the restaurant. With stressful performances by Anya Taylor-Joy and Nicholas Hoult (Tony from Skins) this film will keep you on the edge of your seat until the last course.

Read… Something about this time of the year has got me reading poetry. This month's poet of choice is Maggie Nelson, who wrote a deliciously rich little book on her love for the colour blue, heartache and complex emotions surrounding a friend's injury. Equal parts sexy, raw and poetic, it’s the sort of book that’s light to read but deep enough to get you thinking.

Listen… When I find something I like listening too, it’s getting replayed over and over. Right now it’s the Danish artist ML Buch, who’s song Fleshless Hand had me hooked from the first 30 seconds. I then forayed into the rest of the band’s discography. I have found their album Skinned to be a mixture of uncanny, psychological, emotional and unpredictable. I hear something new with every listen. 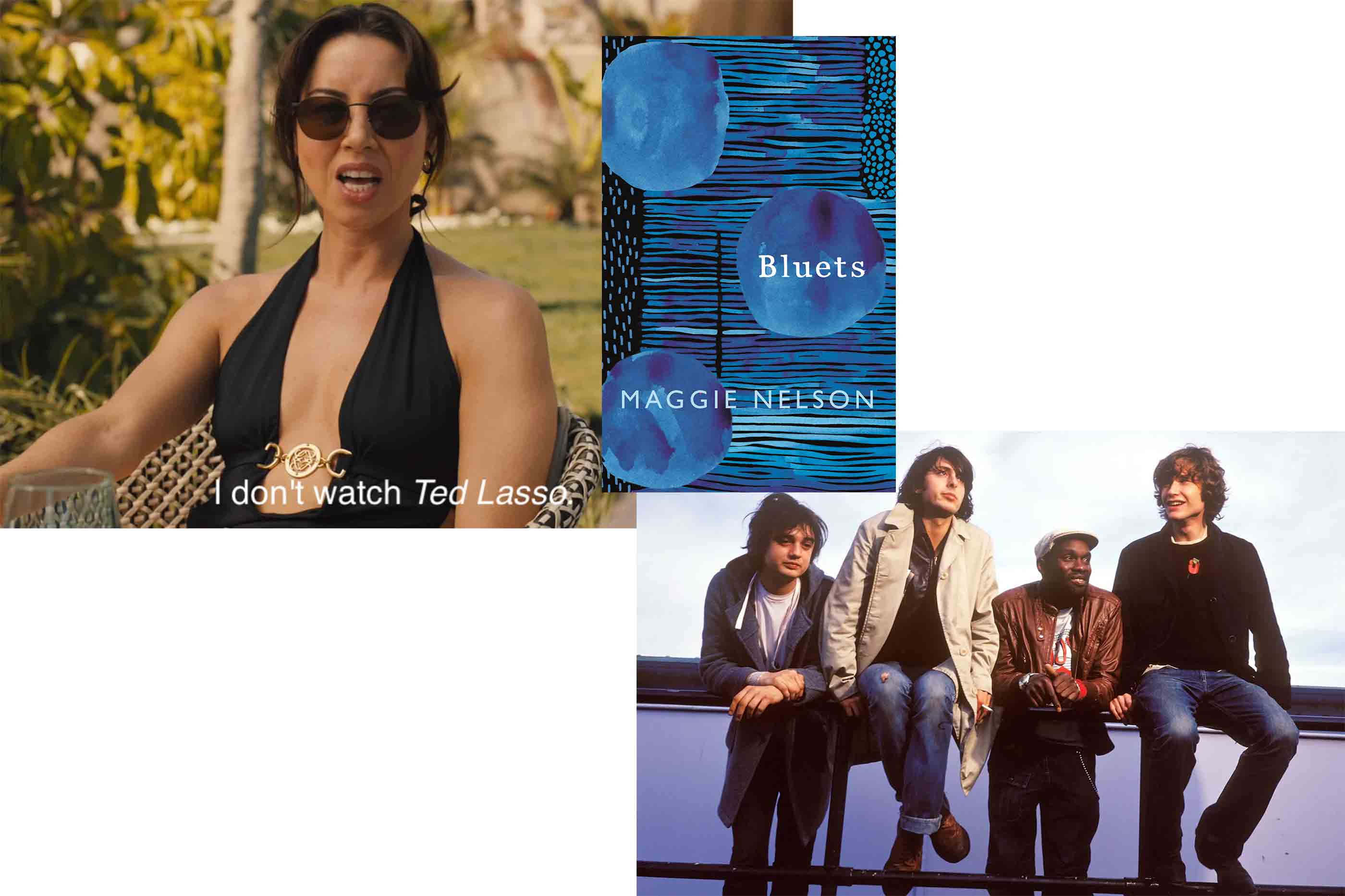 Watch… Like the rest of the world, I am currently elbow deep in Season 2 of The White Lotus’ chaos. Aubrey Plaza has me entranced, Jennifer Coolidge has me floored, Theo James has me alarmed. I’m not looking away until the season is behind us and I can resume my life.

Read… I recently wrote about Yves Klein Blue in our Euphoria issue and read Maggie Nelson’s Bluets for some lyrical inspiration on the colour. Her exploration of personal suffering, love and loss through the colour blue with the most stunning lyrical essays of just-connected prose-poems one can get their hands on.

Listen… Take me back to the 2010s because The Libertine’s Music When The Lights Go Out has been on repeat ever since I watched Celine’s SS23 show last week. Is a hot indie summer imminent? Pete Doherty says yes. 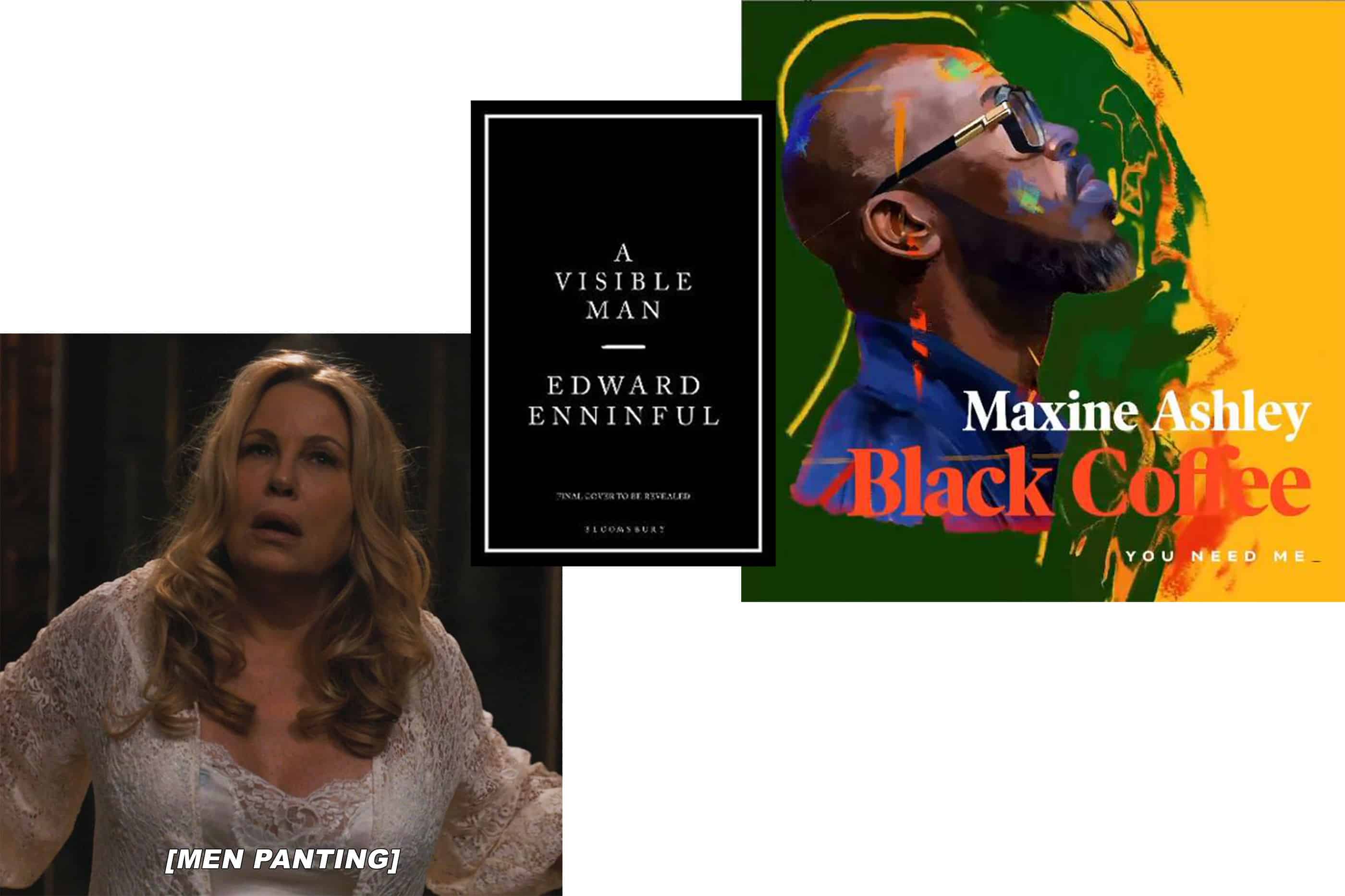 Watch… It comes as no surprise that I too am entranced by Season 2 of The White Lotus. I live for the suspense – and the theme song.

Read… A Visible Man by Edward Enninful, an inspiring chronicle of personal ambition and triumph amid adversity.

Listen…  You Need Me ft. Maxine Ashley by Black Coffee, an easy listen for those days of longing to be laying idle on an exotic beach in the midst of a European summer. 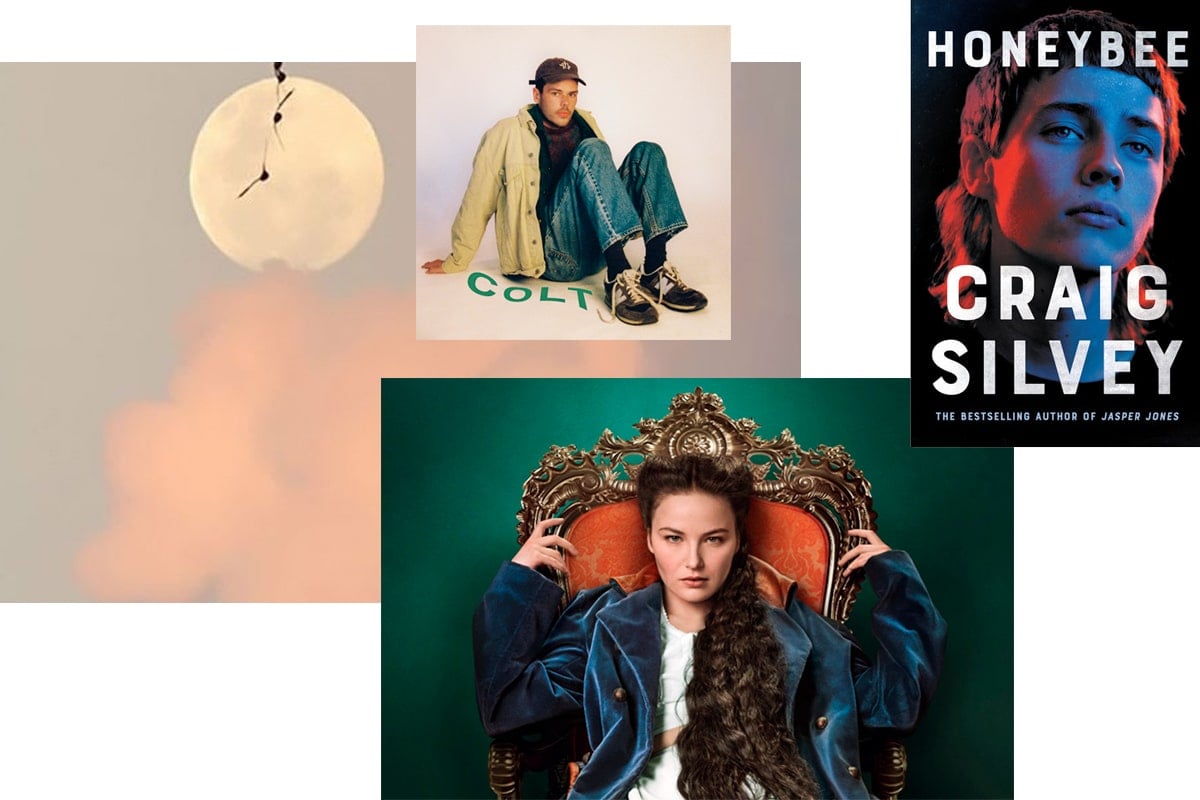 Watch… I’m going to preface this by saying I’ve watched absolutely nothing of any substance lately, but for those who also want their viewing pleasure to come from anxiety free, binge-worthy dramas I have a few suggestions. The Empress for those who love a period drama. It follows the life of Austrian Empress Elisabeth as she enters the Bavarian court – think Marie Antoinette meets Pride and Prejudice.

I’ve also just binge-watched season two of Young Royals which is basically the modern equivalent of The Empress. Set in Sweden it follows the life of Prince Wilhelm as he heads to boarding school. It’s essentially a coming of age drama, but has some very poignant and beautiful moments which kept me coming back for more.

Read… My housemate just gave me Honeybee by Craig Silvey (the author of Jasper Jones) with the warning that she cried A LOT. It follows the story of fourteen year old Sam Watson and an older man named Vic who meet on a bridge one night at the lowest point in both of their lives. So far it’s tender, moving and intriguing from the first page.

Listen… I was lucky enough to see Brisbane artist Golden Vessel a few months ago and have been listening to Hesitate on repeat ever since. I have no idea how to describe his sound, but I’m going to try so bare with me – an electronic mix of indie rock and hip hop? It’s that slow-building relaxed summer beat that feels optimistic and warm somehow. Create a Spotify radio off this song and you’re in for a treat. 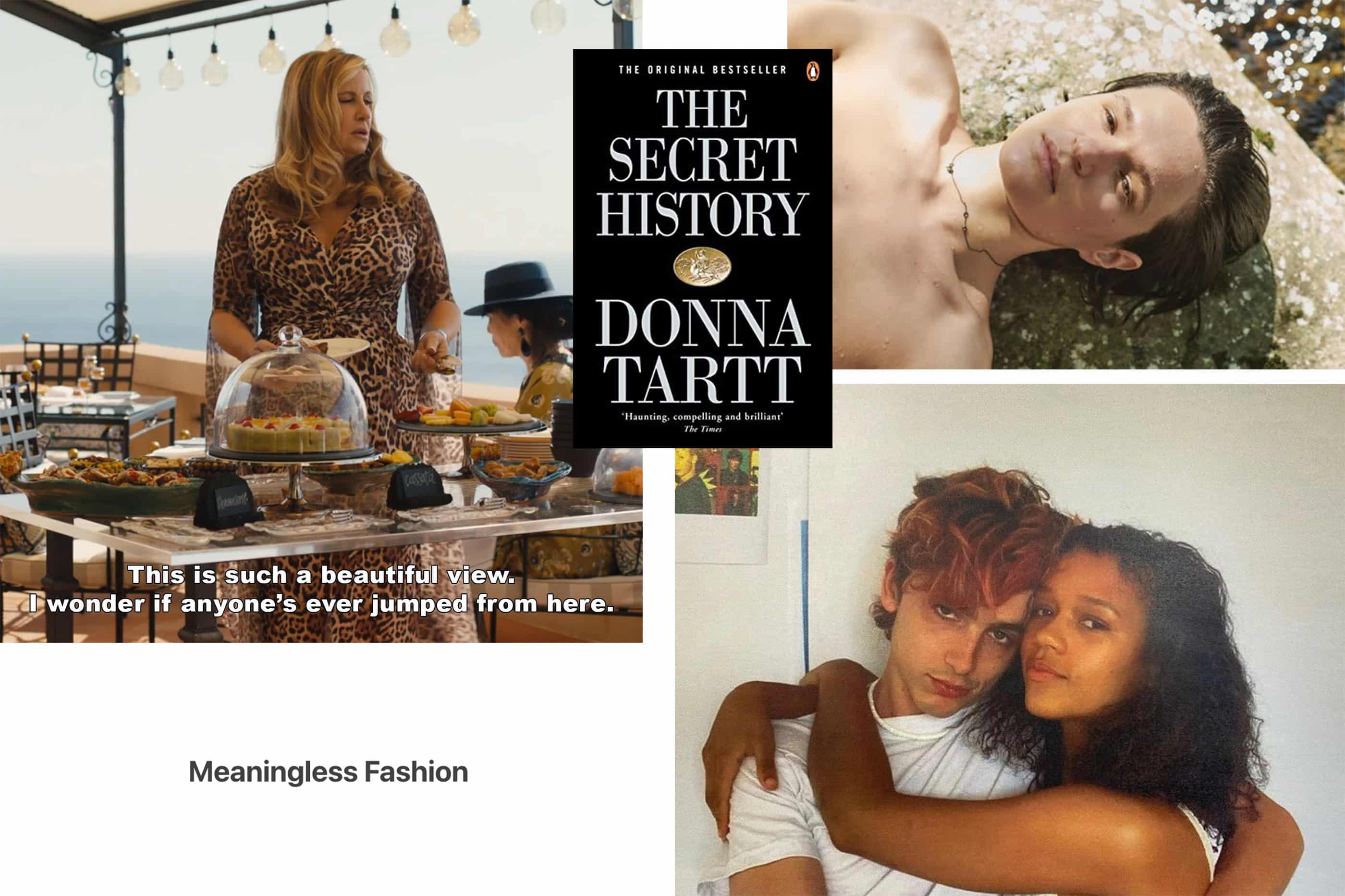 Watch... Honestly, at this point I'm overwhelmed. After a long drought of TV and film, everything has punched me in the gut all at once. Between The White Lotus, Wednesday, the final season of Better Things (this series deserves its own feature), Yellowstone, Fleishman is in Trouble, House of the Dragon, The Crown, Derry Girls and a handful of films such as Bones and All and She Said, I need to go touch some grass. Help!

Read... Anyone else felt a resurgence of Donna Tartt's The Secret History recently? Anyway, I'm re-reading the book and its proof that the campus novel genre is obviously the best. Aside from that, Taylore Scarabelli, a Senior Editor at Interview Magazine puts out the best Substack called Meaningless Fashion.

PREVIOUS
Jessie Eisenberg will make his directorial debut in 'When you Finish Saving the World.'
NEXT
Your guide to what's on across Australia this weekend