Barbie Ferreira is leaving Euphoria and why am I so sad? We did see this one coming after all.

“After four years of getting to embody the most special and enigmatic character Kat, I'm having to say a very teary eyed goodbye," she wrote. "I hope many of you could see yourself in her like I did and that she brought you joy to see her journey into the character she is today. I put all my care and love into her and I hope you guys could feel it. Love you Katherine Hernandez.” 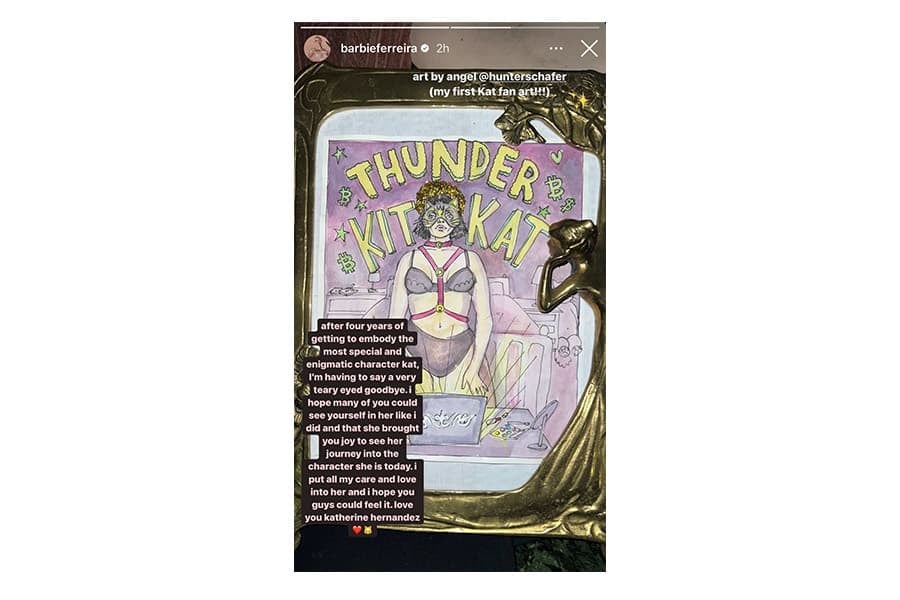 As previously mentioned, we had a feeling this might be the case. When season two hit our screens, fans immediately picked up on the fact that Kat was given significantly less screen time, which begged the question: why? Celebrity gossip-monger DeuxMoi inflamed the situation, with rumours of friction between Ferreira and Euphoria creator Sam Levinson after disagreeing on the direction of Kat's character development.

However, Barbie Ferreira addressed the speculation in an interview with Insider in March, saying, "Sometimes, things take on a life of their own, and they’re not rooted in the truth, but it’s OK because I know it's just out of passion and out of curiosity and all that good stuff,” she explained. “And I signed up for it. So, I’ll take it. I’ll take the good and the bad."

At the end of the day, we will miss Kat. She had a point of view that in 2022, still feels rare for television. In season one we saw her grapple with her own sexuality, navigating the tension of empowerment and objectification – an experience that becomes even more layered as a plus-sized woman who is both ignored and fetishised by a society that rewards youth, thinness, able-bodied folk and whiteness.

Kat's challenges in season two, while relegated to a subplot, were nonetheless compelling. Growing bored of her relationship with Ethan, while simultaneously struggling with her mental health, we see her unpick the toxic side of the body positivity movement in a scene that stands out as one of my favourites in the series so far.

If Barbie Ferreira has to leave, then we're going to let her go out in style. Below, find a handful of our favourite moments from her time as Kat on Euphoria.

Kat is unstoppable. Kat is the moment. Kat is a certified baddie™.

If we only had a shred of this energy.

Maddy and Kat are going for each other's jugular. Which is our favourite sport in the Euphoria-verse.

Forgive the shortened version of this scene, YouTube is asking me to confirm my age to watch the full cut. But this one speaks for itself really. Radical self love is a worthy cause, but boy, can it get exhausting.

Want to know what we'll miss more than anything? These two bitches talking sh*t and gassing each other up. That's what.

What's even better is when Kat and Maddy turn their terrifying joint Scorpio and Sagittarius on someone else, like Nate. Did she stutter?

Not one of her best moments per se, in fact we would count this as one of the most unhinged things she did on the series. But her gaslighting in this scene is really top notch. Please for the love of god, do not try this at home, and while we're here, forget Justice for Kat, what about poor Ethan?

PREVIOUS
'Echoes' on Netflix has the internet understandably baffled
NEXT
A new trailer has been released for Adam Driver and Greta Gerwig's upcoming film, 'White Noise'