In case the Spring Summer 2022 shows have you mistaken, we are in fact living in the year 2021, not the year 2000. Over the past month, where we saw countless shows take place across four cities, the thread that strung so many of them together was a nod to the 90s and naughts. A revival of 90s and 00s silhouettes like we haven't seen in years, between New York, London, Milan and Paris, emerging brands and historic houses alike came together to hammer in the final nails in the blast from the past coffin that we are seeing trickle down from the runways, and into the mainstream.

While the 90s have been infiltrating modern silhouettes for the better half of almost a decade, it has almost always been in reference to early-mid 90s fashion. Today, we are on the cusp. Walking the line between the early 00s and late 90s trends, runways of the now have proven that they aren't shy to reference one of the sexiest eras in fashion to date with the re instatement of mini skirts a la Prada and Miu Miu; cargo pants and carpenter jeans per Coperni and Missoni; underwear as outerwear as seen again from Prada and newcomer Nensi Dojaka; chainmail by Donatella Versace; and logomania from those at Fendi, Versace, and Chanel. In an era that seems to be defined by our nostalgia for another era, it feels as though, as models walked the Miu Miu runway last night in school uniform-inspired low-rise mini skirts whose hems barely grazed their crotches, we have come full circle. So below, are some of our favourite 90s and 00s fashion trends, that give insight into todays runway choices. 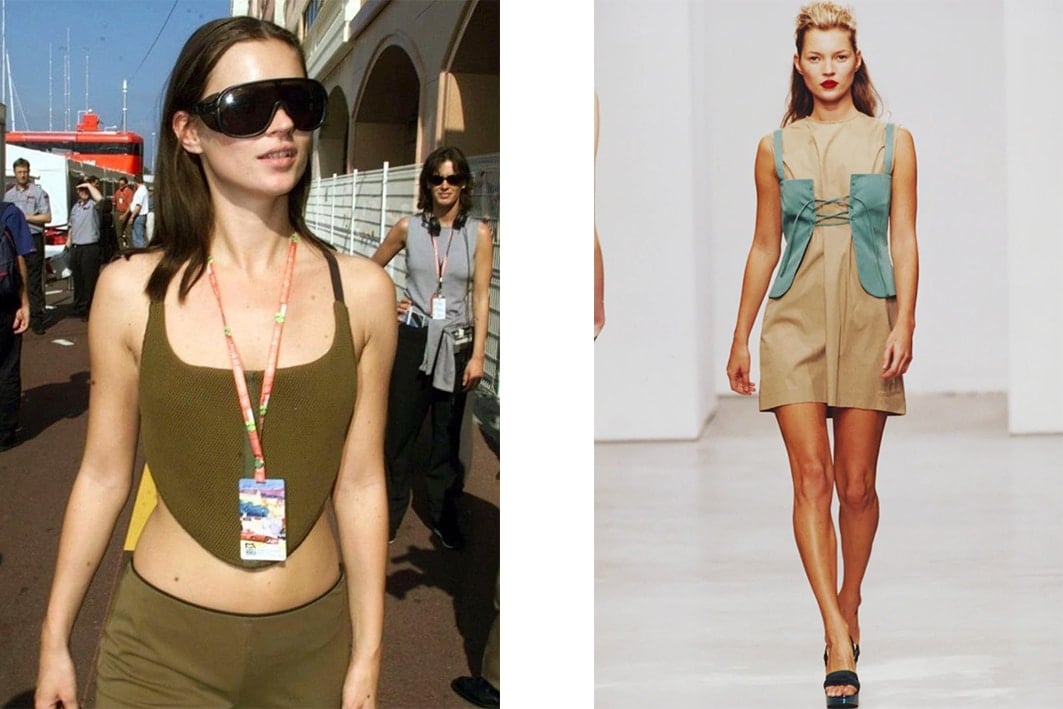 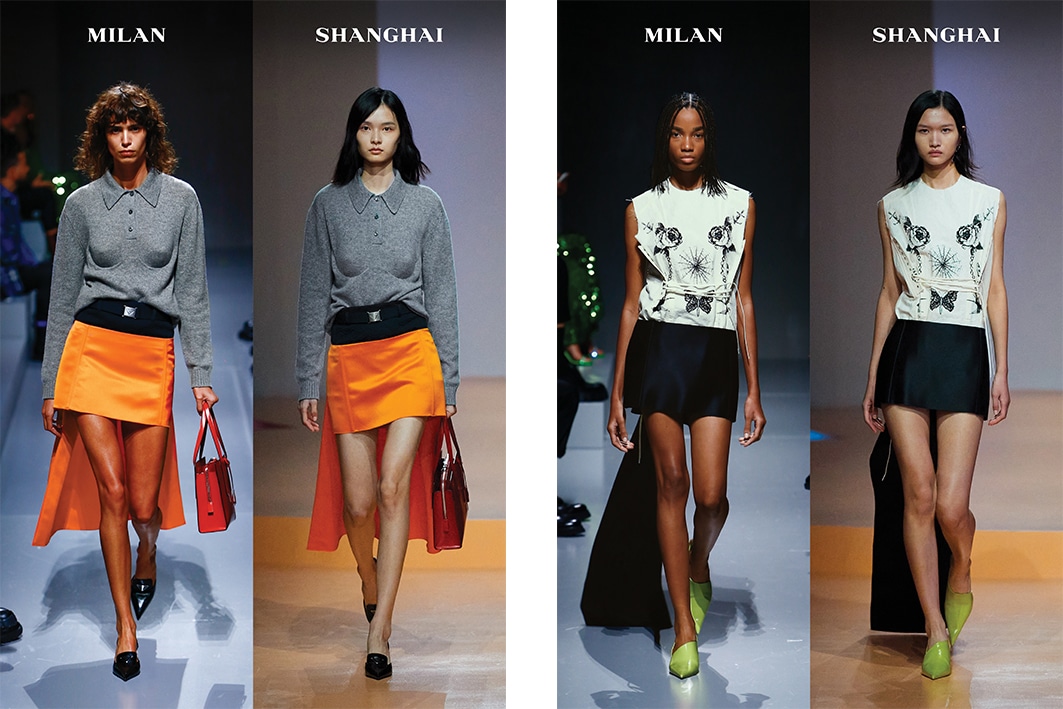 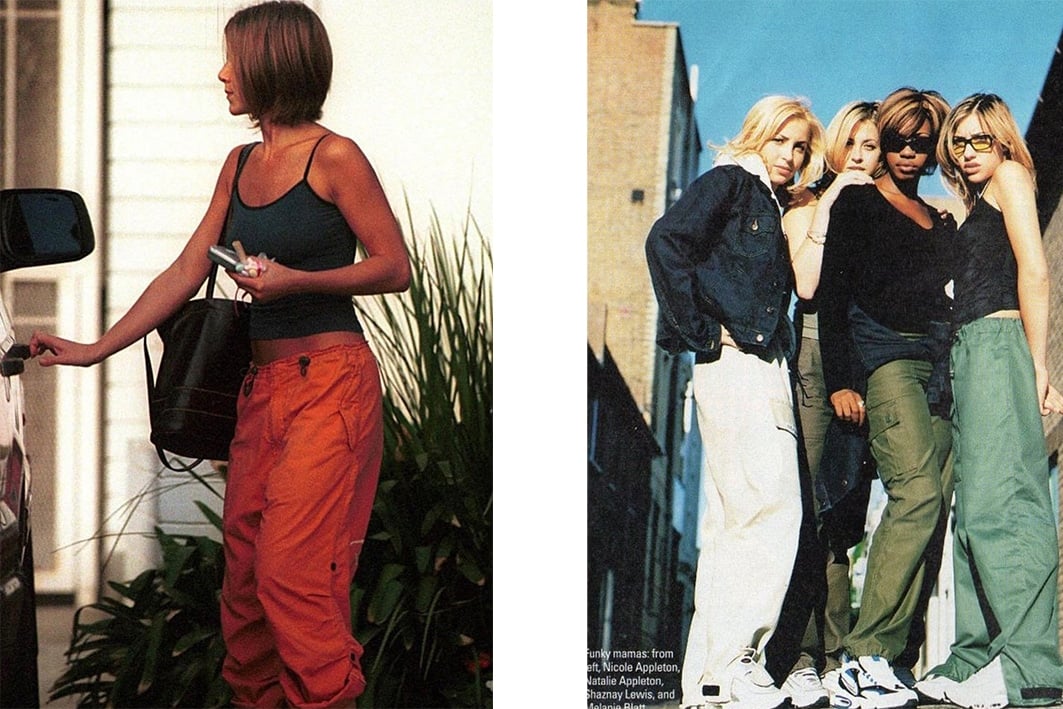 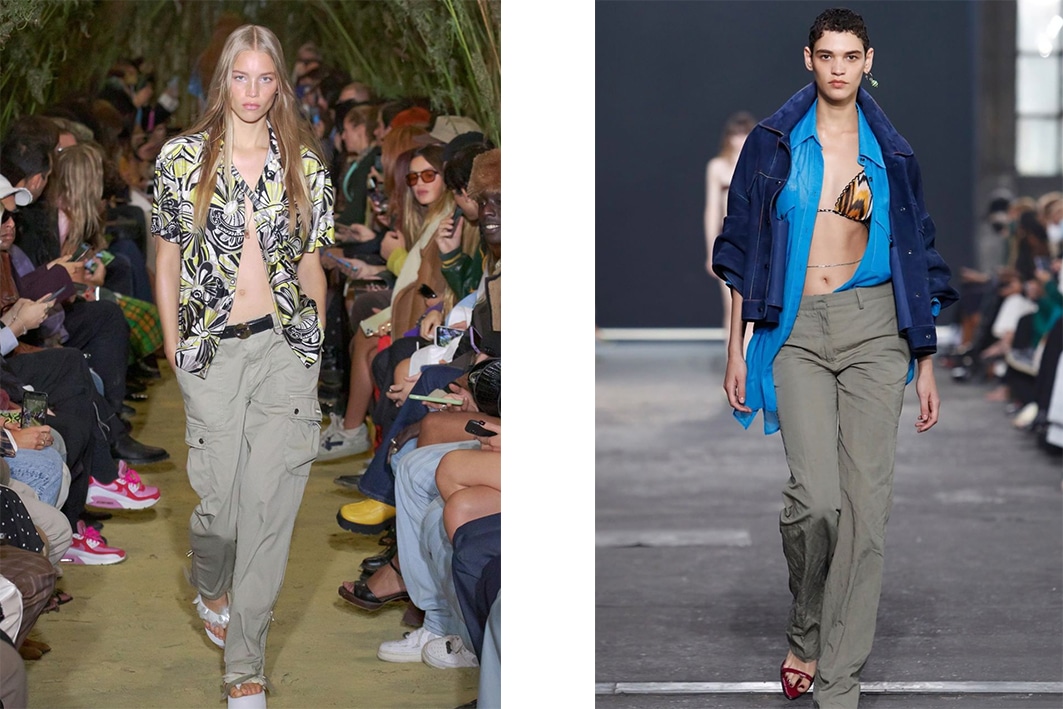 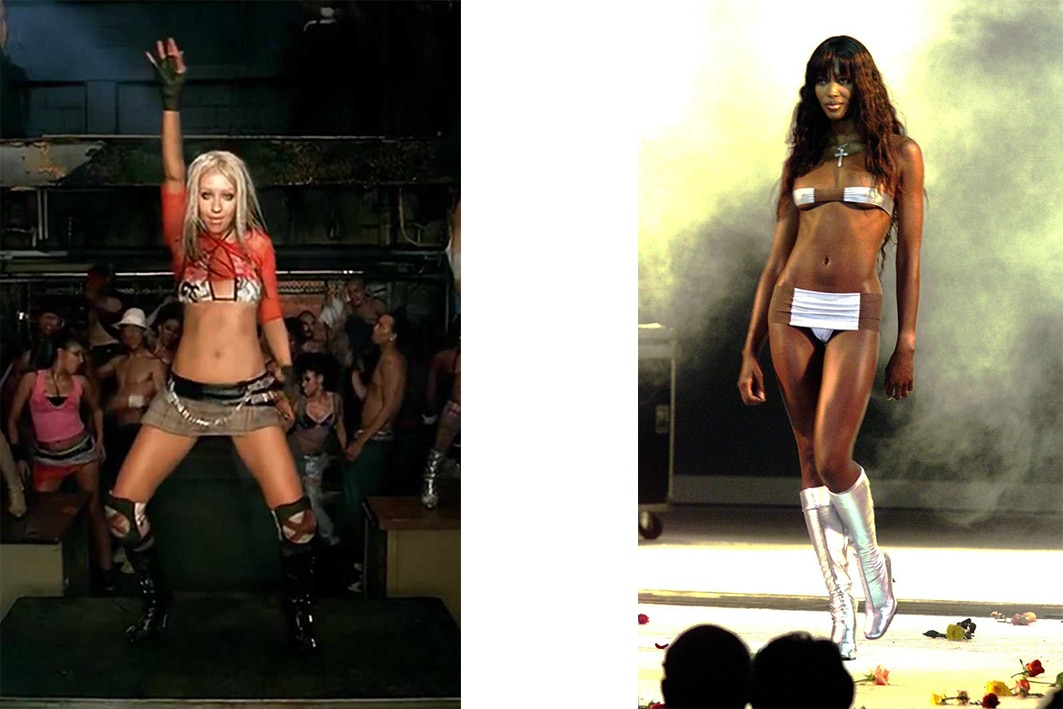 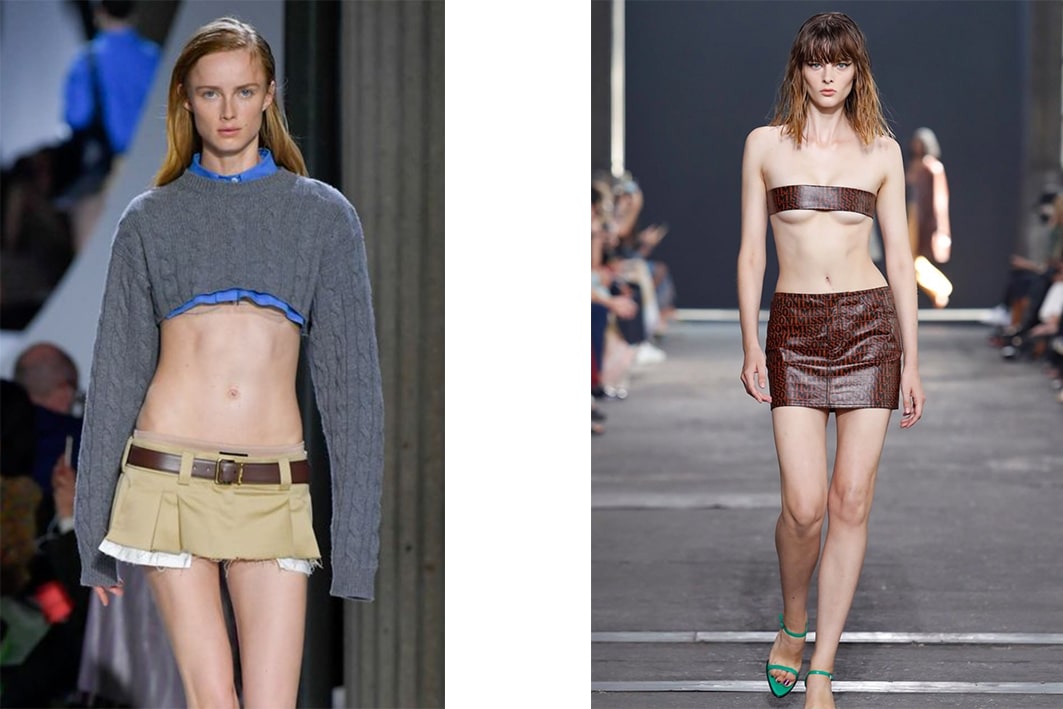 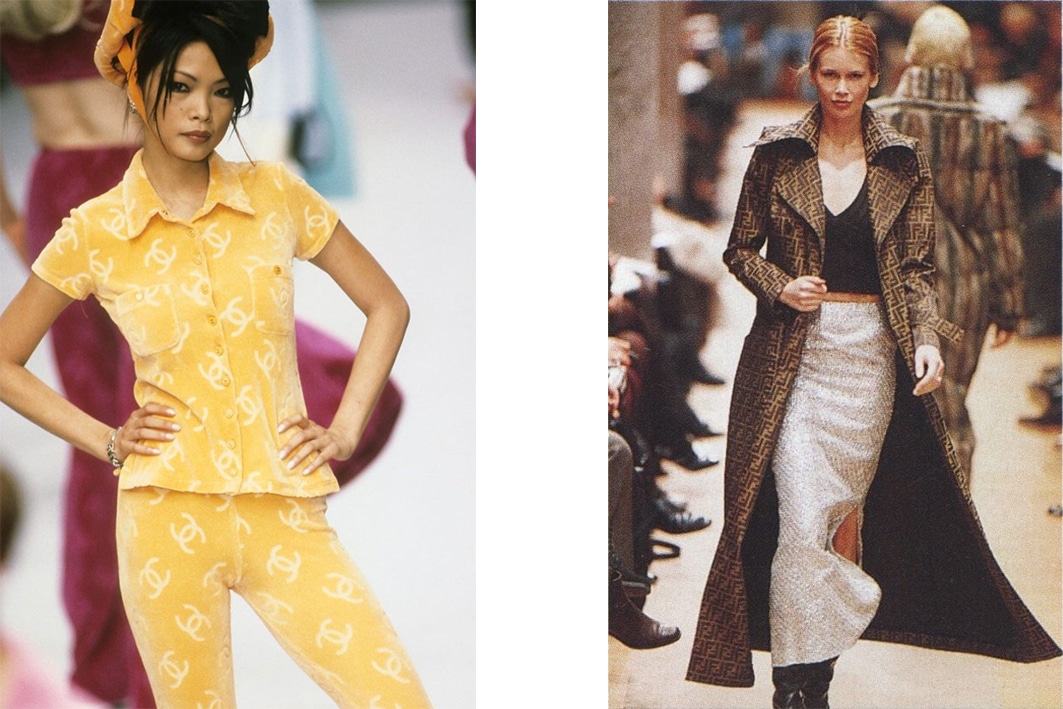 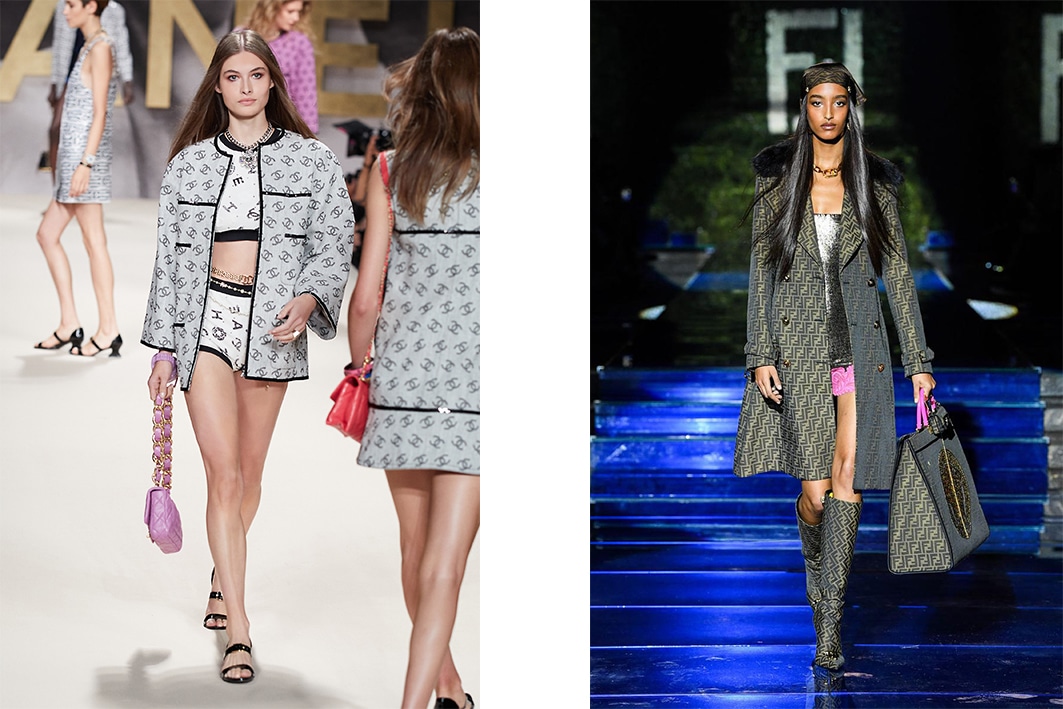