For the runway observers among us, the last four weeks have signalled a long-awaited return to normality; as the four major fashion capitals across the globe erupted in a sea of embellishments, remarkable tailoring and unadulterated joy. There was no doubt that this Fashion Week would be one for the ages, but what was to come was something even the dreamers couldn't have anticipated. There were collaborations between Houses; a runway debut for LVMH Prize winner Nensi Dojaka; and even a fake red carpet at Balenciaga. So, when the ball finally landed in the court of Louis Vuitton for spring summer 22, it was never a question of whether the luxury House would go big, but of just how far they'd go.

In true Nicolas Ghesquière style, the creative director for the house didn't leave any room for ifs, ands or buts. In his own words, his intention set the stage for "a grand ball", and what a ball of a time it was. The story for the collection begins with the scenography; set within the three galleries of the Louvre Museum's courtyard. As we have come to expect of the House, the location is just as crucial as the pieces themselves; and the decision to use the Passage Richelieu an honouring of Louis Vuitton and Empress Eugénie's friendship.

It's a fitting homage, particularly during a year when Louis Vuitton is celebrating its founder's 200th birthday. But it comes as no surprise that Ghesquière's spring summer 22 offering looks back into the past to inform the present – and future. The designer has made no secret of his fascination with the notion of time; and the thematic extractions he takes from various time periods frequently litter his creations. 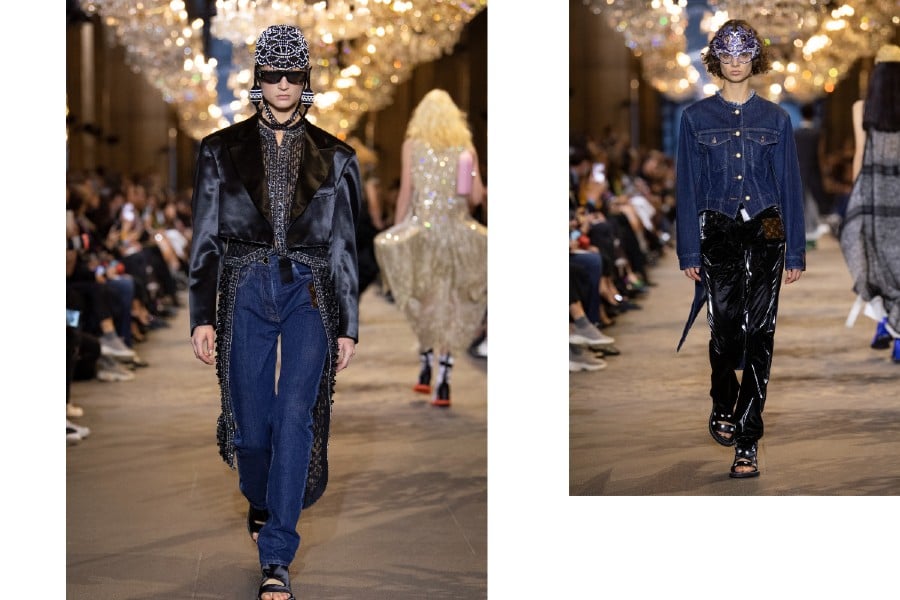 Throughout his time at Louis Vuitton and again for spring summer 22; Ghesquière has mastered a genius ability to juxtapose and compliment various codes. As the House describes in the press notes for the latest collection, "time is of no consequence. Yet time is everything." Spring summer 22 saw the designer bring together a dress from the 1920s; jeans from the 1990s and a blouse with polka dots from the 1980s. And while the collection certainly united certain pieces from the Louis Vuitton archives, there was no denying the nod to regencycore that took centre stage.

Maybe it was the culmination of period-piece chandeliers dangling from the dazzling rooftop that grounded the collection in a place of masquerade-like mystery. Or perhaps, it was the inspiration taken from Ghesquière's participation in the upcoming HBO Max series from Olivier Assayas, Irma Vep; starring Alicia Vikander. 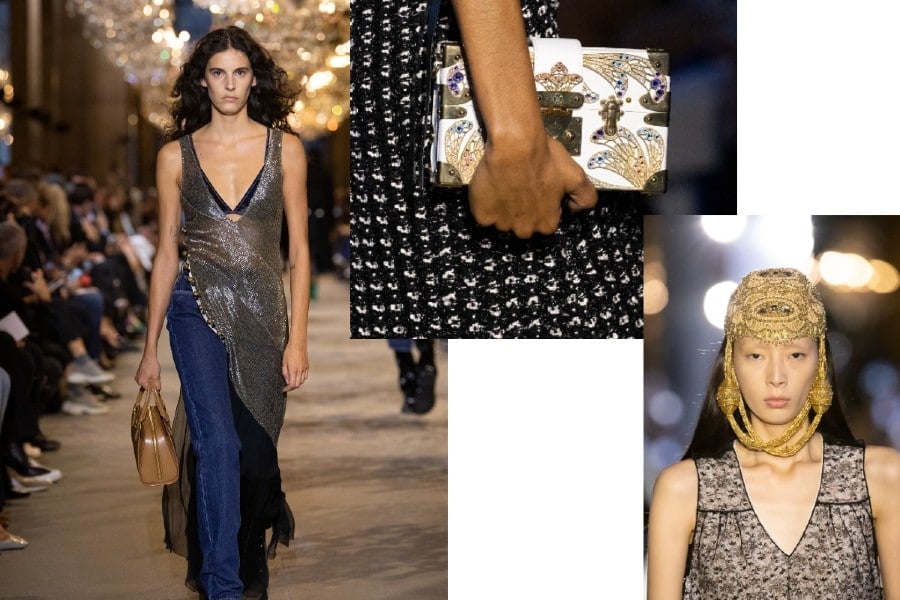 Regardless of what has lured you in, Louis Vuitton spring summer 22 put long, flowing capes, lace-frilled high neck collars and cropped, tailored jackets front and centre; creating a collection that marries the ceremonial, the intrigue, sidelong glances and sensual infatuation without ever compromising on the House's forward-vision.

"Things are enlarged, shrunk, mixed... There is also an urban wardrobe which takes on a ceremonial guise. And then there's a detour through uniforms which are paired with blouses and 19th-century-style collars worked with metal wire," Ghesquière shares in his notes.

On this special occasion, everything old is new again – "taking what exists, reviving it in a different way". That's Nicolas Ghesquière's Louis Vuitton.

Be transported to the show and watch it in full, below.

PREVIOUS
Cinema fans, this one's for you - Rolex announces the official opening of The Academy Museum of Motion Pictures
NEXT
Welcome back to the late 90s and early aughts: Spring summer 2022 sends the message that the revival is firmly here