There is something in the air this year in fashion, something heady and hedonistic. Sentiments of sex are in, and Miuccia Prada and Raf Simons have signalled time and time again that they are paying attention. The Prada SS22 show, was no exception. 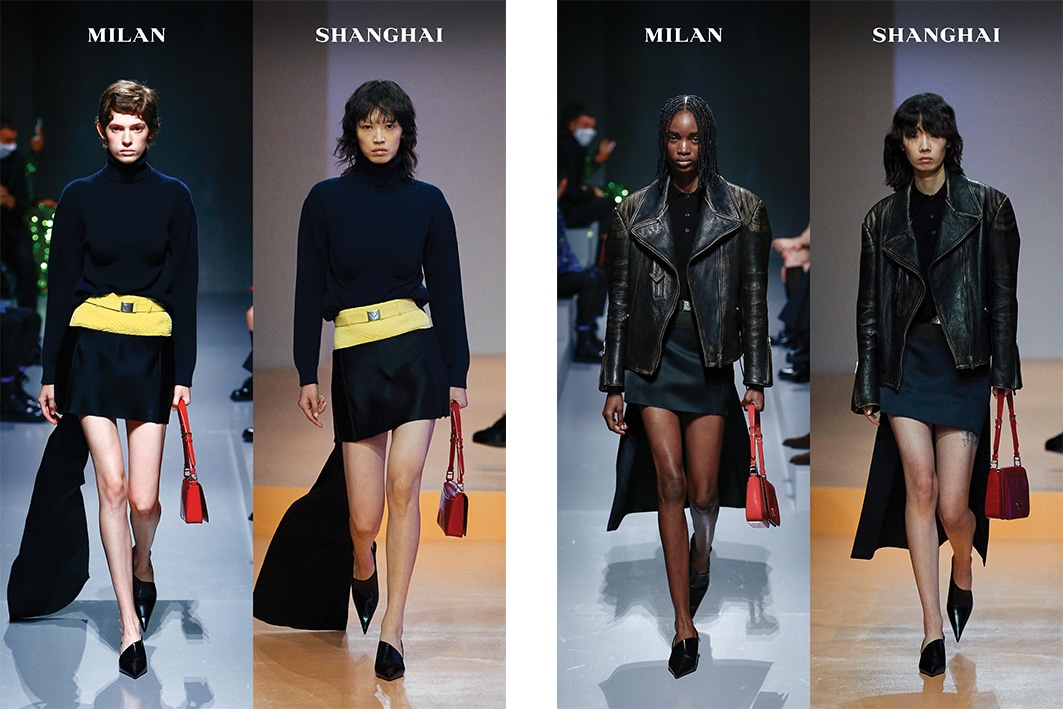 "A seduction through reduction" The show notes state. "The body is freed." and after so many months of being wrapped up in lockdown loungewear, Prada knows exactly what we need. For the brands Spring 22 menswear collection, Simons revived mens hot pants once bound to the 70s, now, for womenswear, the sating mini skirt takes centre stage in iterations of tangerine, chartreuse, and pale pink finished with origami-folded trains. Allusion to underwear at every turn, underwire is built into knit pullovers, corsetry lacing and boning gave jackets their shape, sleeveless linen tank tops are fastened - or rather, unfastened - at the waist with loose laces. It is outerwear infused with underwear - a subtle nod of awareness at what fashion's new guard is heavily tapping into, with the finesse and restraint of the luxury House, and sex is inevitably on the mind. 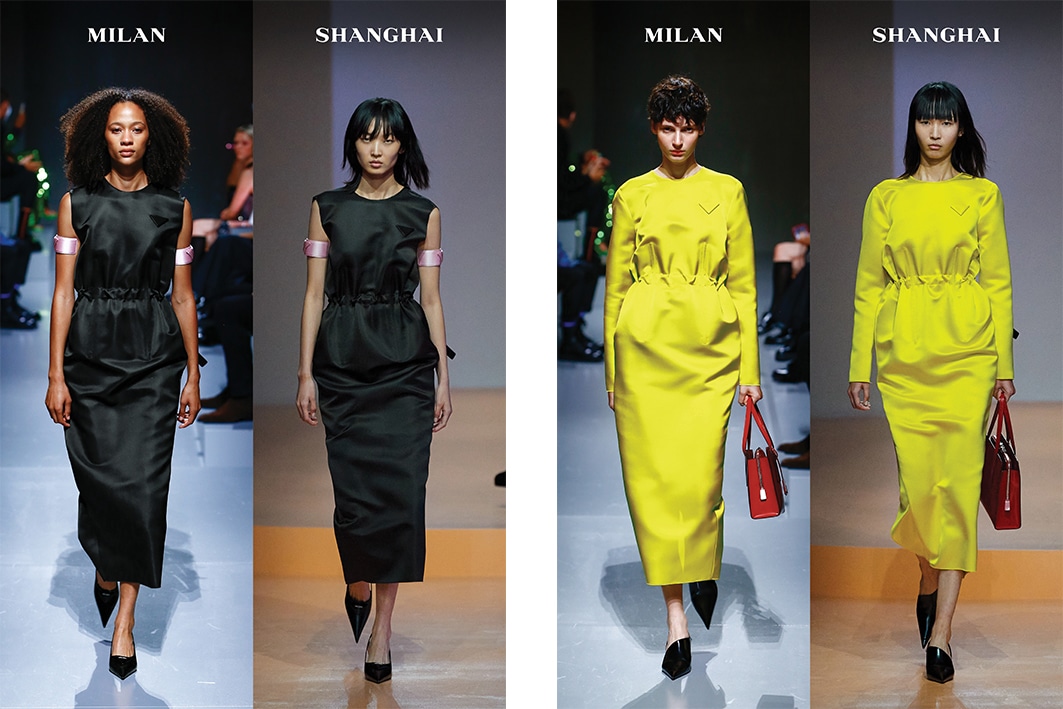 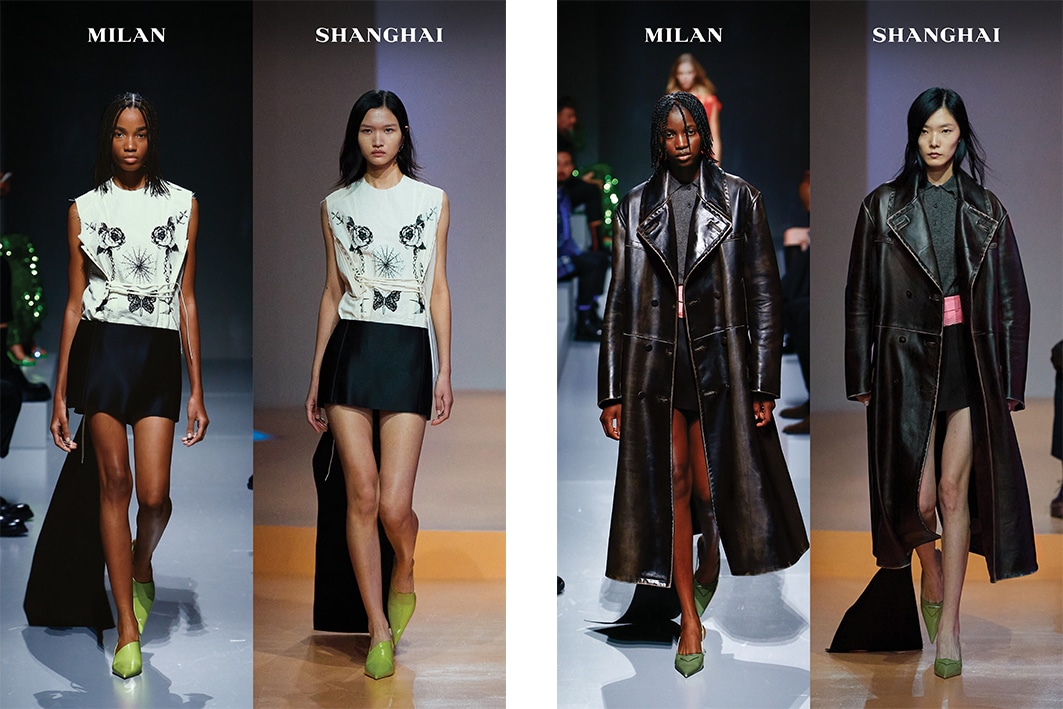 "Pieces trace ideas and outlines of dress - the memory of a train, the bones of a corset, the curve of a brassiere. They are stripped to their bare essentials, their core. Their architecture is inherently tied to the body, and therefore to seduction."

For SS22, Prada shifts away from heavy embellishments and overt silhouettes and welcomes simplicity with an open embrace. It is far from boring, Miuccia's signature details will always be sure of this, but it is an ode to reality. Peeled back layers reveal pieces that are welcome in the day-to-night realm, fantasy is counterbalanced with practicality for the truly modern woman. The modern woman who is no longer just the woman who has an affinity for suiting, but one who wants to dress up, go out, show skin, feel protected in leather, layer with a blazer, wear a mini skirt. The modern woman in the truly modern age turns out to just be a person who wants to wear whatever they want, and Prada SS22 sits in this sweet spot. 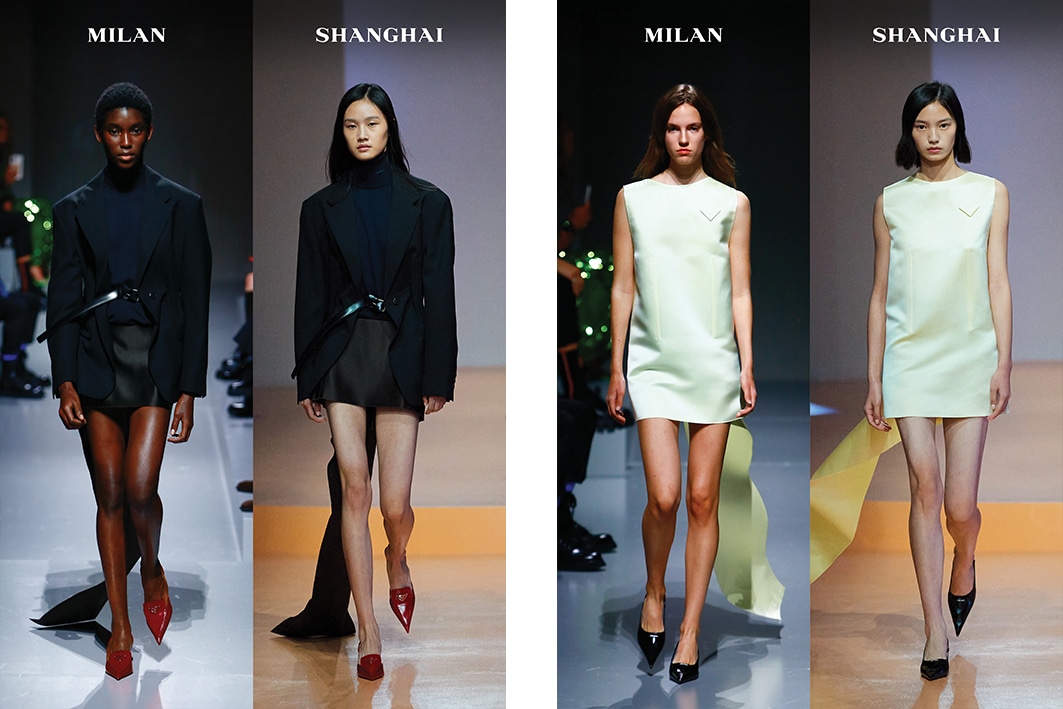 It was the first Miuccia-Raf show with an audience since Simons joined forces with Prada in early 2020, held in the Desposito of the Fondazione Prada, a Tetris block of grey cubes acted as seating with screens showing scenes from Shanghai, where the brand held a duplicate show at the exact same time, on display. A binding of realities, the virtual and the physical, Prada makes an apt nod to a sign of the times: desperately online, desperate to be offline, waiting for the moment where we can slip on a powder yellow satin dress and get on with life.