Fashion month, as we have known it so far for the season of Spring Summer 2022, has been offering up all kinds of revival in the name of the world opening up again. Skin is in, and sex has been a constant theme on the minds of many. We've seen the official resurrection of low rise on runways such as Miu Miu and Prada, and nods to the disco era have been ushered forward by those at Fendi and Saint Laurent. For Chanel Spring Summer 2022, we were transported back to the playful catwalks of the 80s, and reminded of what the historic French house is all about. Which is, in its barest of forms, fashion. 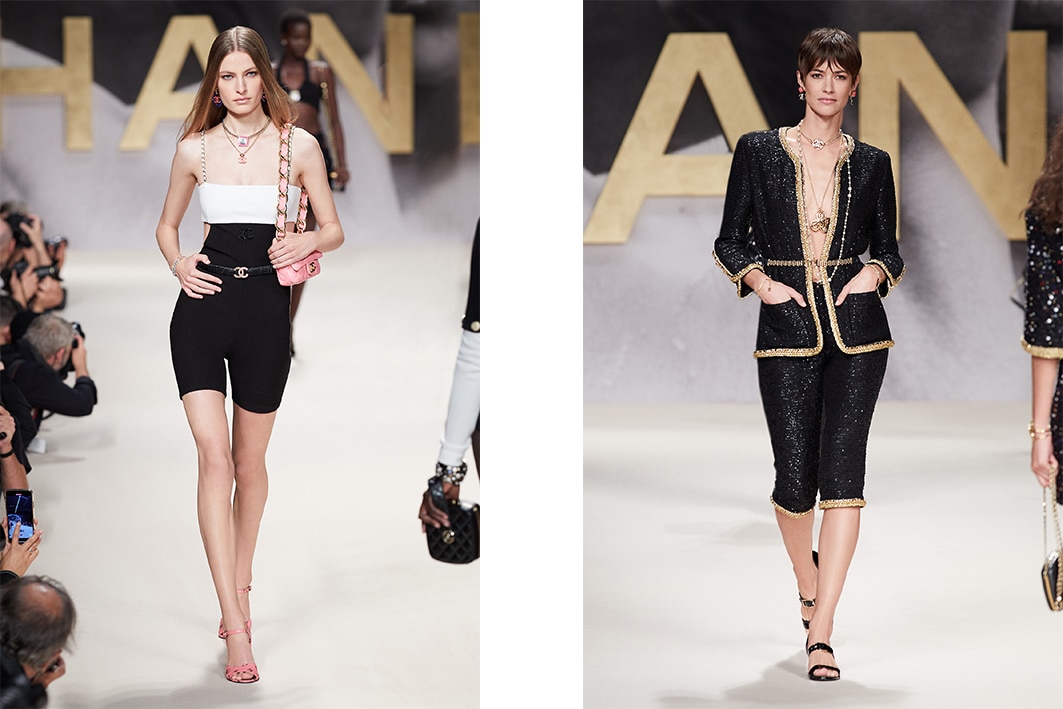 From the minute the opening look  - a scoop neck white bathing suit layered with lengths of 'CC' necklaces and oversized sunglasses - stepped out on the runway, a simply constructed white platform that payed homage to the catwalks of yore, we know Virginie Viard was making reference to the golden era of lightness in fashion. Models, who ordinarily when clad in Chanel would float mysteriously through our line of sight, strutted down the elevated runway, twirled, flipped their hair, competed for the shot at the end of the platform, all while smiling a knowing nod to the Naomi's and Christy's who paved the way for the swinging of hips and the flicking of hair. 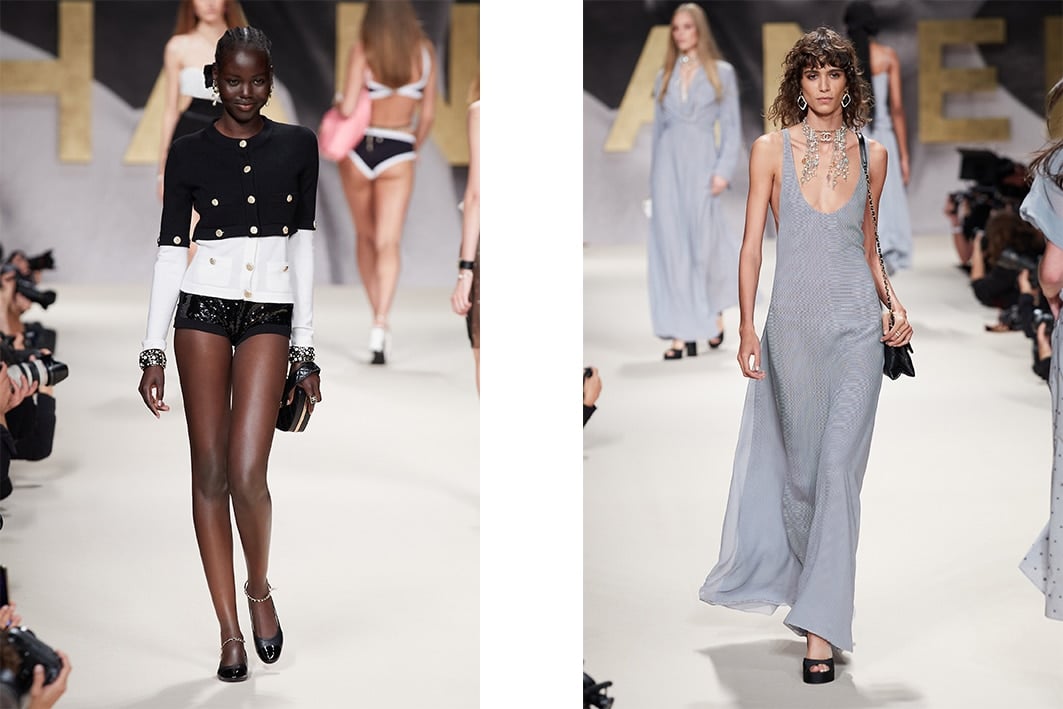 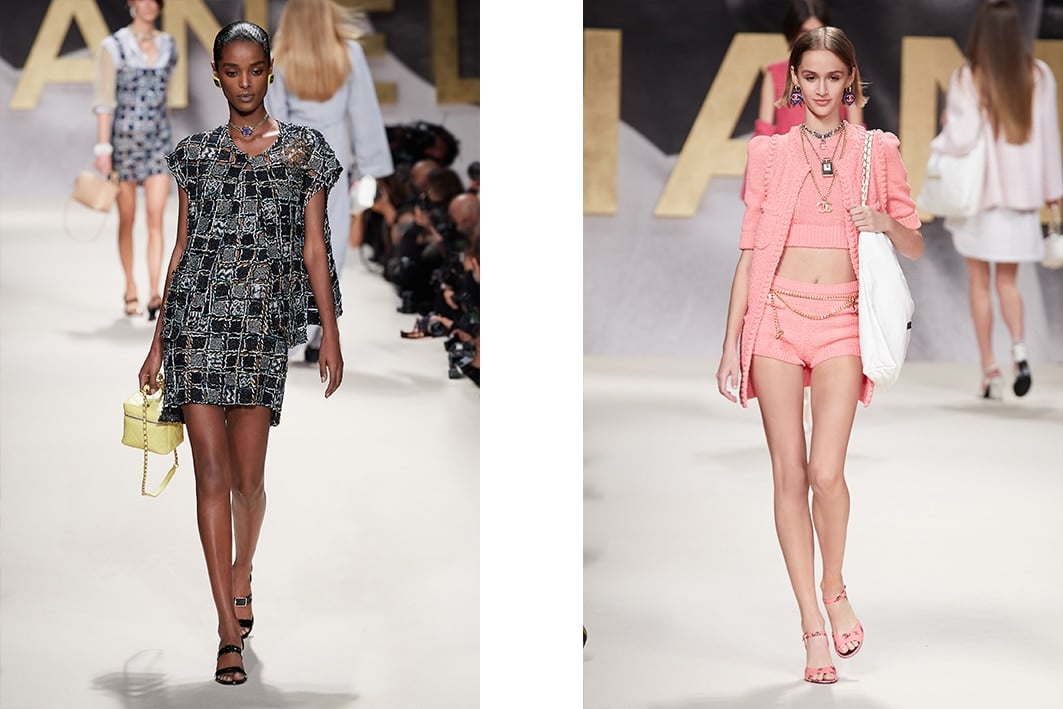 With the lightness of the models energy, came the lightness of the clothing. Swimsuits emblazoned with monochromatic 'CC's' opened the show, followed by metallic-flecked black bouclé suiting, and then a flurry of easter-egg hued summer dresses and two-piece knitwear sets. Logomania pastel shift dresses made us think of Karl's 80s collections, while a troop of some of todays most notable super models sported big, colourful butterfly wings printed on black chiffon and tactile denim. 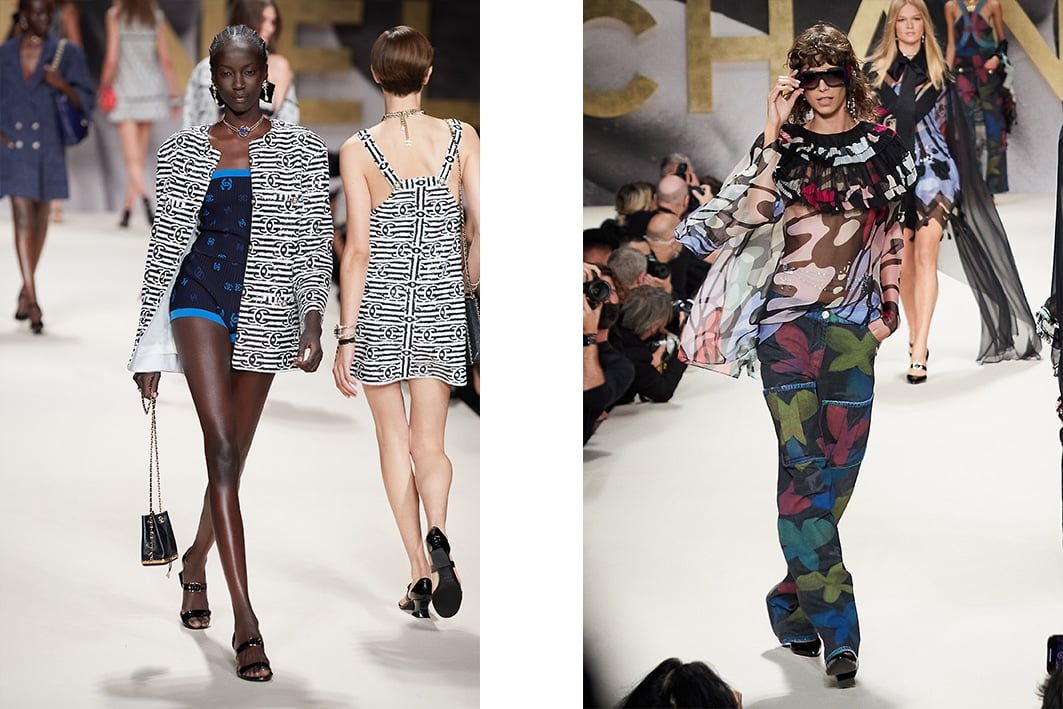 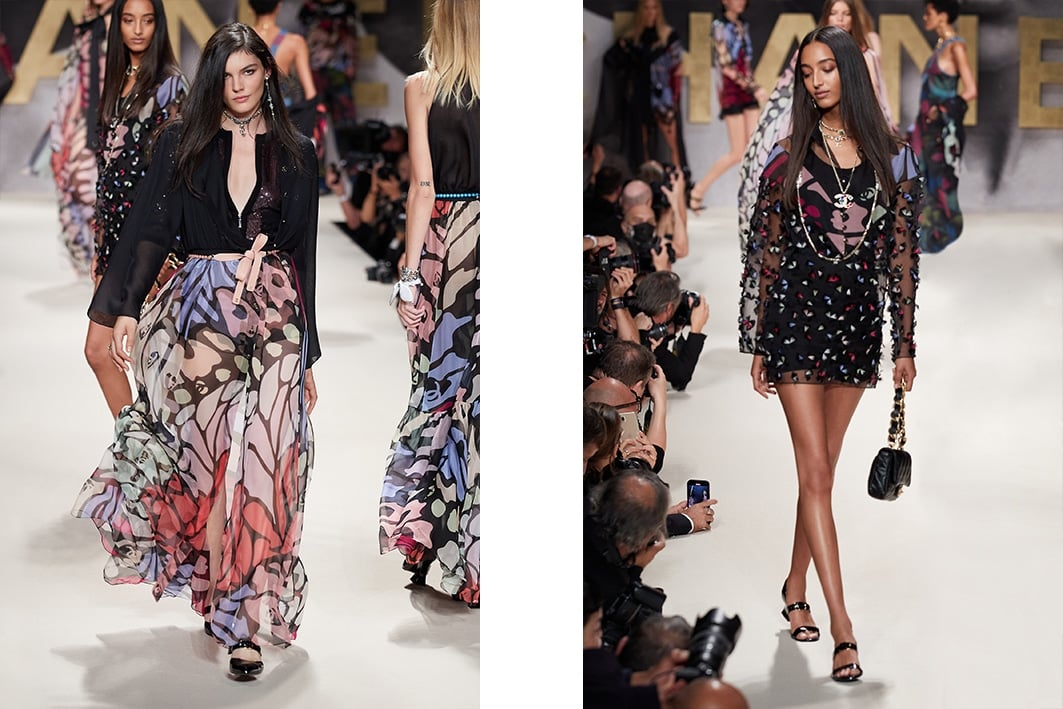 “I always like to have something romantic. A touch of mystery.” Viard confided in a press release. “Karl Lagerfeld used to photograph the CHANEL campaigns himself. Today, I call upon photographers. I love the way that they see CHANEL. It supports and inspires me.” The duo Inez & Vinoodh have signed the images for this collection, including five films featuring key Chanel ambassadors each holding a camera. “It's a magical object and a sexy gesture, which evokes so many memories. I used to love the sound of flashbulbs going off at the shows in the eighties, when the models were on a raised runway. I wanted to recapture that emotion.” She says.

In a move right for the moment, Viard's Chanel opens up for joyfulness and exploration. As the world gets ready to show ourselves off again, Chanel hoists a flag that states it will be there alongside us.