If you're looking to diversify your watching habits this year, we're here to help. We're gathering a list of movies directed by women that we consider essential viewing in 2022. After all, it's no secret that Hollywood still fails to recognise its female directors and with the Academy Awards coming up, this fact becomes more poignant than ever. Especially when we consider that in 94 years, only seven female directors have been nominated for the Best Director category, and more to the point just two have won.

So without further ado, take this list of 14 films directed by women that are set to premiere in 2022. From Fresh, The Woman King, Catherine, Called Birdy and plenty more.

Where the Crawdads Sings - Olivia Newman

Women are at the heart of the filmic adaptation of Where the Crawdad Sings. It all starts with the source material and Delia Owens' captivating novel not only landed her on The New York Times' bestseller list in 2018, but it also captured the attention of notorious bookworm Reese Witherspoon and her famous monthly book club. From there the novel was picked up by Witherspoon's production company resulting in an adaptation helmed by director Olivia Newman and starring the inimitable Daisy Edgar Jones. Watch the film upon its release in July.

The Stars at Noon - Claire Denis 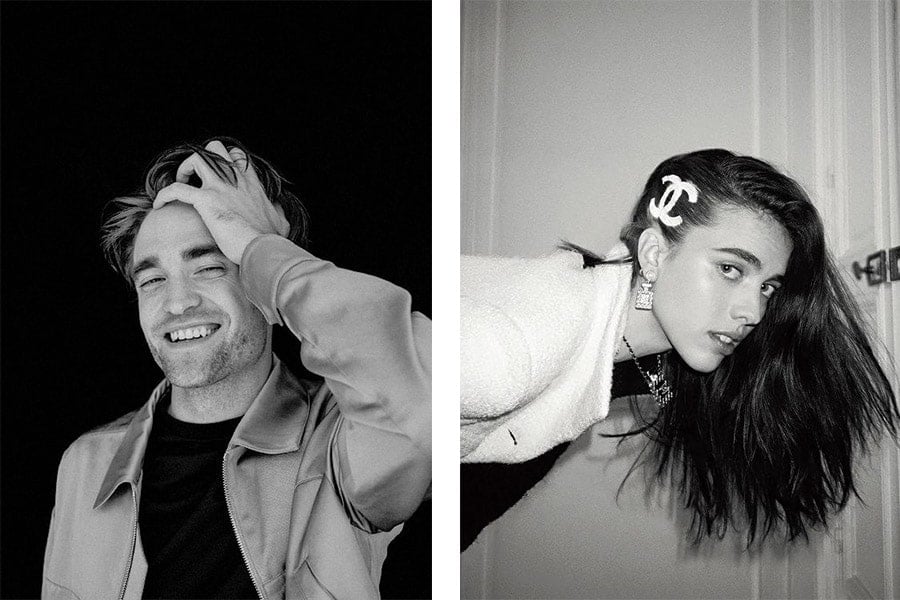 Set in Nicaragua in 1984, The Stars at Noon by Denis Johnson details the relationship between an American woman and an Englishman; where neither party are exactly who they seem. Arguably the best part of this upcoming film adaptation is that our beloved R.Patz will be starring alongside the heavenly being that is Margaret Qualley and Joe Alwyn. Not only this, but A24 is set to distribute it while French director Claire Denis is steering the ship. 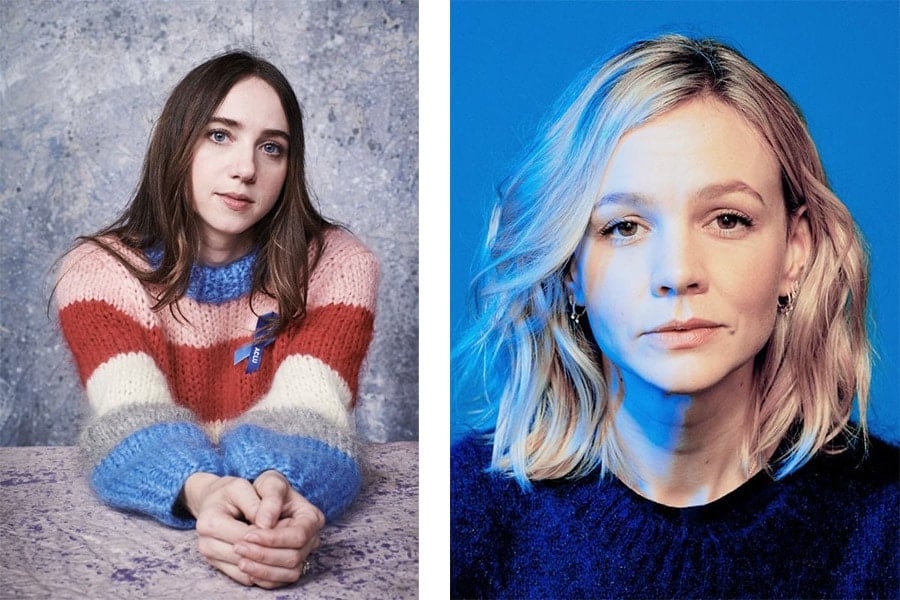 If the title, She Said, rings a familiar bell it's because it's the name of the best-selling book by The New York Times investigative journalists – Meghan Twohey and Jodi Kantor – who broke the news in 2017 of the harrowing details of Harvey Weinstein's ongoing history of sexual assault in Hollywood. The film is set to tell the story of how Twohey and Kantor – portrayed by Carey Mulligan and Zoe Kazan – persevered to bring this scandal to light. And like any good story about women, She Said is in the capable hands of female director Maria Schrader with a November 2022 release promised. A case of women on women on women. 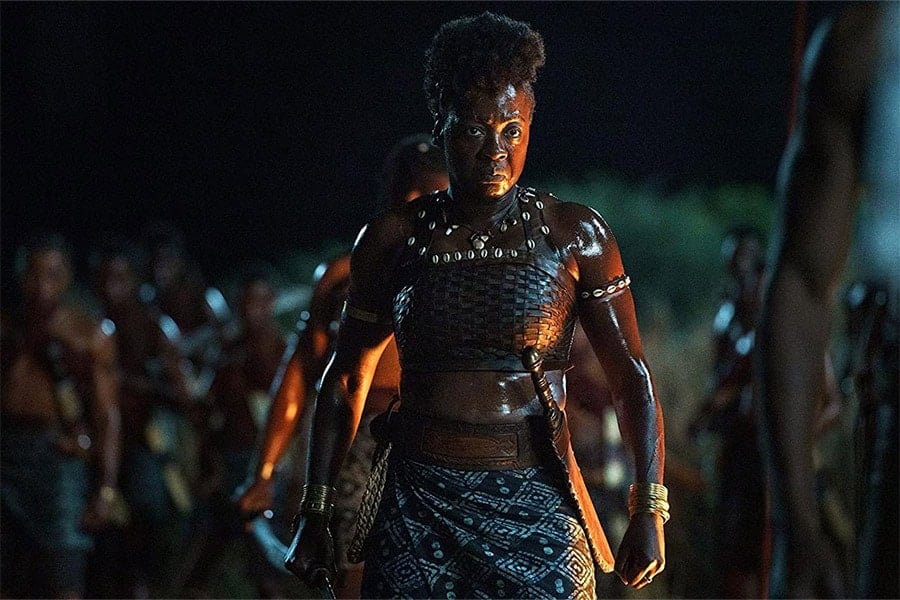 Forget affordable housing and universal healthcare, the thing I would sell my soul for is to catch an early glimpse of Viola Davis as the matriarch of an all-female military unit. The Woman King takes us to the West African kingdom of Dahomey, which thrived from around 1600 until 1904, and is based on true events. Directed by Gina Prince-Bythewood, the woman who brought us Love & Basketball, and with a cast that includes Thuso Mbedu, Sheila Atim, John Boyega and Hero Fiennes Tiffin, we're chomping at the bit for its September release. 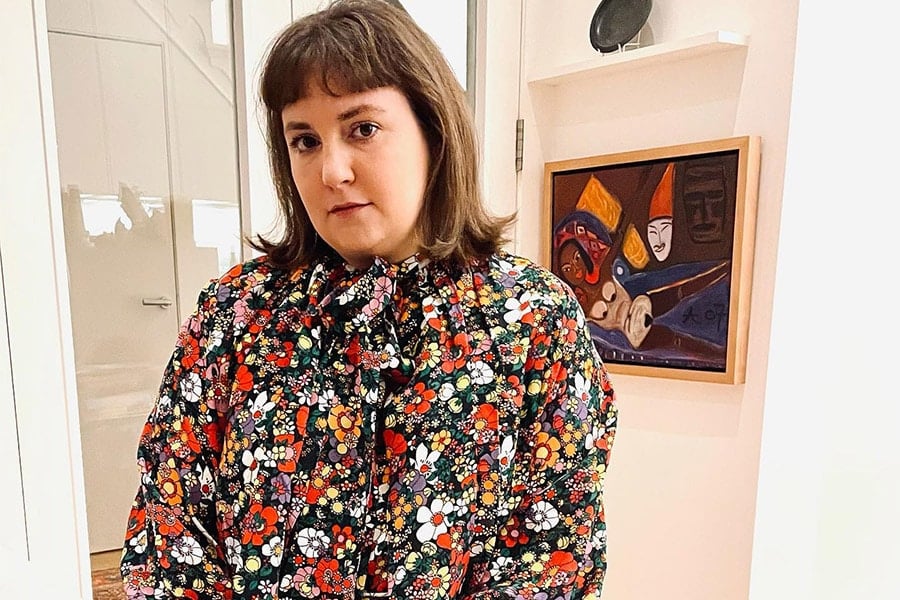 Lena Dunham has been busy. Along with Sharp Stick the writer is heading into new territory with a period comedy based on Karen Cushman's children's book of the same name. Onboard as both writer and director, Dunham has enlisted the acting chops of our everyone's favourite priest, Andrew Scott, as well as Joe Alwyn and Bella Ramsey who stole our hearts as the titchy yet brave Lyanna Mormont in Game of Thrones. Production wrapped up in December 2021, so we can expect a 2022 premiere. 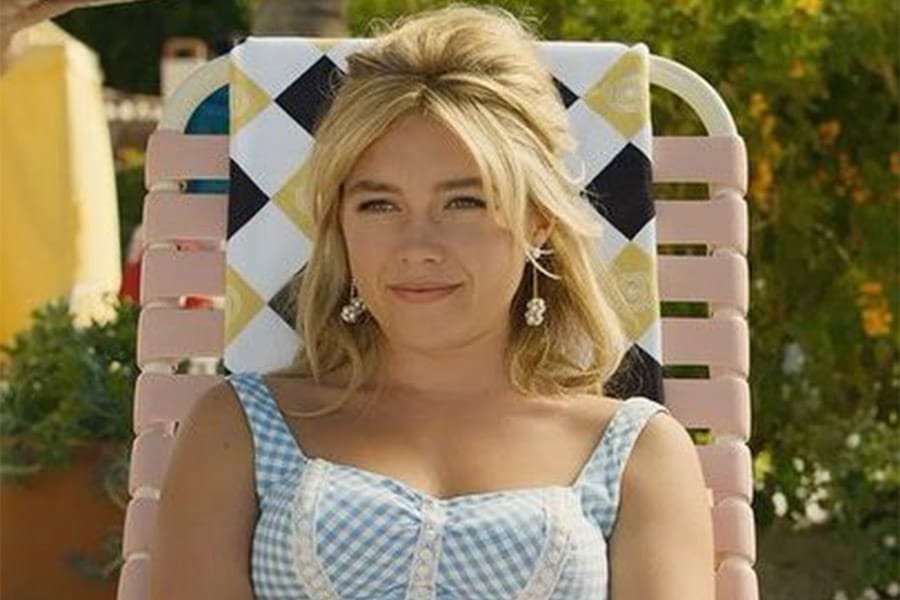 Olivia Wilde just gets it and you don't need to see Don't Worry Darling to know that. May I bring your attention to her 2019 masterpiece Book Smart starring the brilliant Beanie Feldstein. More to the point, the actress-cum-director sent us into a complete dither with her casting choices for her forthcoming film. Yes, Harry Styles and Florence Pugh will be starring alongside each other as husband and wife in Don't Worry Darling. While Gemma Chan and Chris Pine also make an appearance. Set in 1950s California, little else is known about the plot but expect a utopian watch with dark undertones upon its September release.

Teenage friendship is forged under the most traumatic of circumstances in this coming-of-age drama. Jenny Ortega takes the lead alongside dancer Maddie Ziegler and the two latch onto each other despite their chalk and cheese reputations. Megan Park's directorial debut is an earnest and moving portrayal of being a teenager in modern America and you can watch it now thanks to its January debut.

I Wanna Dance With Somebody - Kasi Lemmons

Whitney Houston's life was as rich and outsized as her iconic vibrato. And so, it would take a team equally as formidable to pull off a biopic based on the singer's time on this earth. In the role as Whitney Houston herself is Naomi Ackie who you will know from The End of the F***ing World and Lady Macbeth while sensual Italian man Stanley Tucci is onboard to play Columbia Records president Clive Davis. Holding down the fort as director is Kasi Lemmons, making this December release essential viewing for 2022. 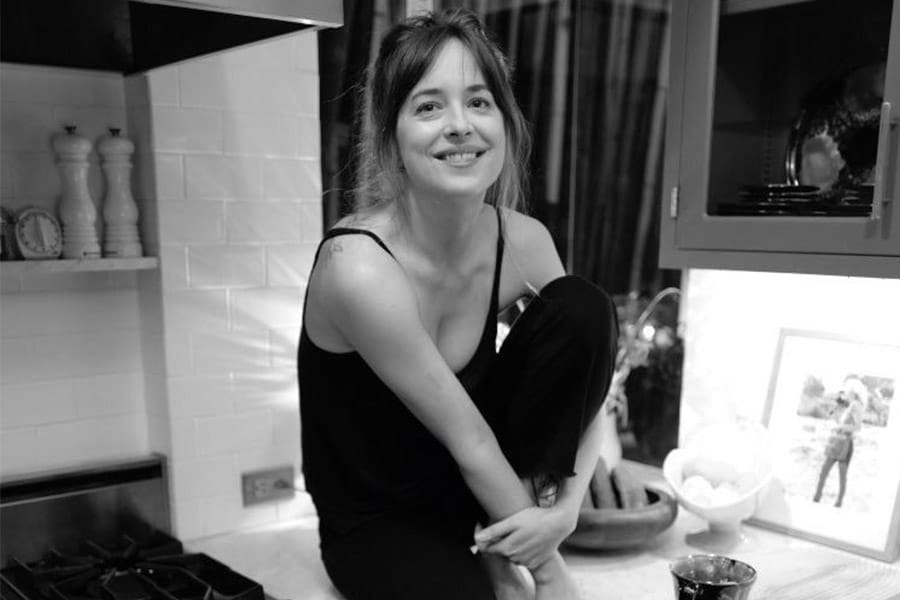 The latest star to enter the Austen universe is our beloved Dakota Johnson; who is set to star in the Netflix adaptation of Persuasion alongside Henry Golding and Suki Waterhouse. And the woman responsible for this Hollywood take on Austen's swan song is none other than acclaimed theatre director Carrie Cracknell, with Persuasion signalling her directorial debut in film. A release date is yet to be set but it's been confirmed for 2022.

If there were a casting couch for seedy, questionable men, we can't help but think that Sebastian Stan would be seated first. Coming off the backs of HBO's Pam and Tommy, Stan has taken on another dubious character study. This time, set to star as the titular role in Fresh, the latest from female duo, screenwriter Lauryn Kahn and director Mimi Cave. The film explores the many dark, and gruesome facets of dating in the modern world and stars Daisy Edgar Jones. Watch in now on Disney+.

Along for the Ride - Sofia Alvarez 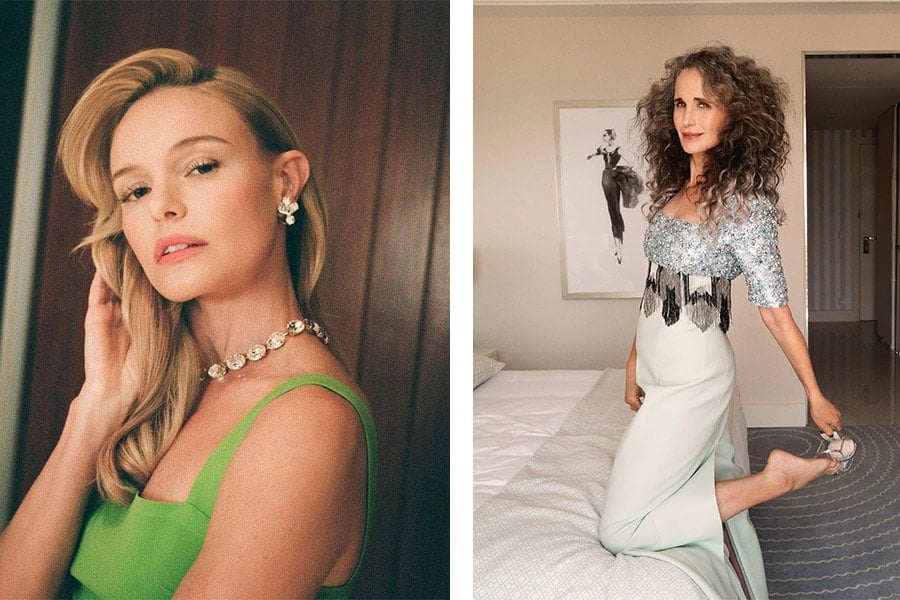 Young Adult fiction always gets a bad wrap, but for someone who gobbled down this category for most of her teenage years, I am of the firm opinion that those who disparage YA are the same who mock young female fanbases. Anyway, I digress. If you're also a fan of YA, then you've probably heard of Sarah Dessen's 2009 novel Along for the Ride. Back in April 2021, Netflix announced that it would be adapting this teenage romance for the big screen, with a cast consisting of Kate Bosworth, Andie MacDowell and Samia Finnerty along with Sofia Alvarez stepping on as director. Alvarez is the pen behind Netflix romantic comedy To All the Boys I've Loved Before and its' many follow up films. 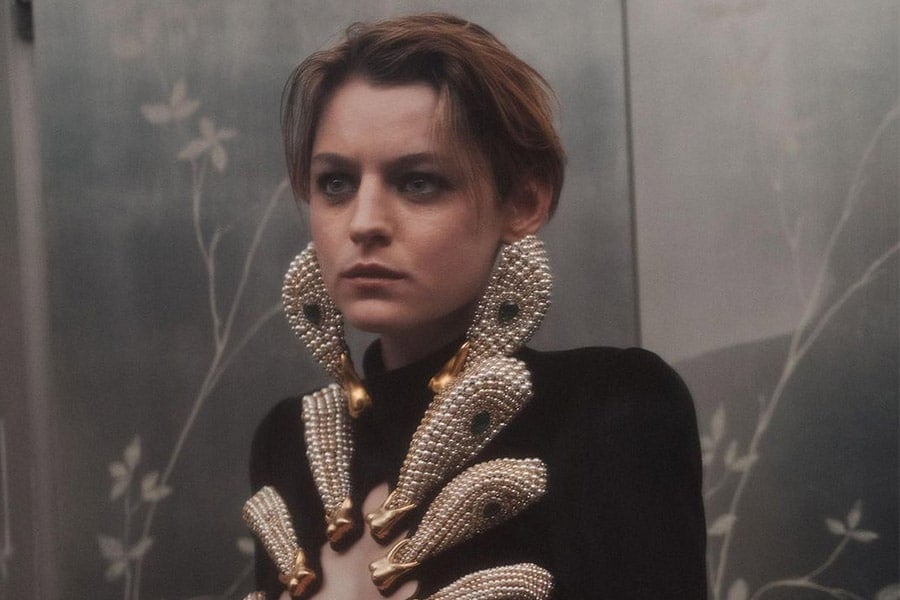 Emma Corrin is done with period dramas just yet! The Crown's breakout star is playing the lead role in the film adaptation of D.H. Lawrence's novel saucy novel Lady Chatterley’s Lover. The hunky Jack O'Connell, who you might know as Cook from Skins, is set to star alongside Corrin as Oliver Mellors. Delicious. Leading this romp through the history of smutty fiction is French director and screenwriter Laure de Clermont-Tonnerre. 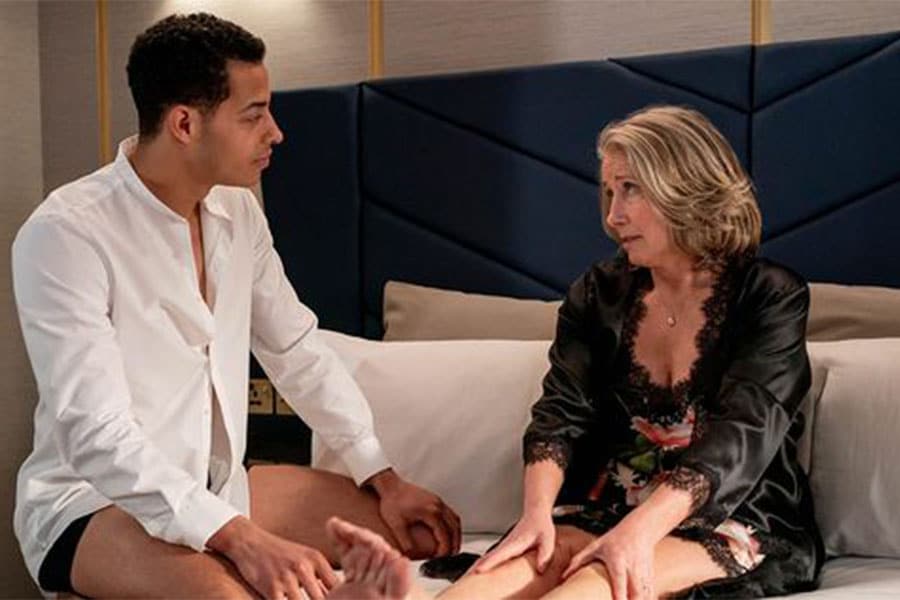 Women over the age of 30 are finally getting their share of well-deserved screen time when it comes to the domain of lust and desire. Emma Thompson plays a retired school teacher who is convinced she's never experienced good sex. To remedy this, she seeks the help of Leo Grande, a charming young sex worker. What ensues is a refreshing display of female sexuality and pleasure where the woman is unabashedly control. It also serves as a tonic for all the old-men-hot-young-woman tropes we've had to suffer through over the years. Thank you, Sophie Hyde. 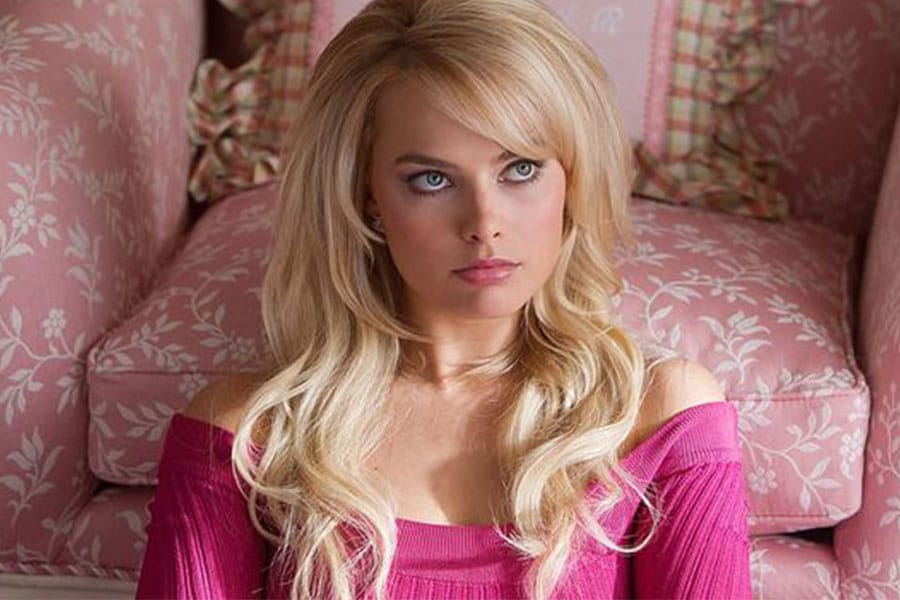 If we’re honest, we always knew that there would come a time when Barbie would get its long-awaited live-action debut. Frankly, we thought that it would have come sooner. But any qualms we had about this reimagining evaporated when we heard that Greta Gerwig was to take the reins, followed by Australian icon Margot Robbie as Barbie herself. Who better to wade through the baggage that comes with Barbie than this dynamic duo? While this list is reserved for movies directed by women that are set to premiere in 2022, the fact that production is currently underway is our way of sneaking it in.

PREVIOUS
Everything we know about Simone Ashley, the charismatic leading lady of 'Bridgerton' season two
NEXT
CLAMM’s guide to Melbourne music