Almost a year ago, Isabella Manfredi released her first solo track after her breakup with The Preatures – the Australian band that had us in a musical headlock for almost a decade of which Manfredi was at the helm of. Today, Manfredi is in Sydney when we speak. Her first daughter, Mina, is 9 months old, and she is about to release her first ever solo album.

There is a sense that Manfredi has stepped into her power as a solo musician, despite the many lockdowns that have stood in the way of production. She is sure of herself. Not in a media trained, auto-pilot kind of way. She is thoughtful and articulate, generous in conversation but not overly gushy. This is perhaps the reason she was such a good fit to host our first iteration of the RUSSH Hour podcast – a series of conversations with creative minds, namely, for our first episodes, Ziggy Ramo, Budjerah, Waanega and Julia Stone – which has been presented by Coach to kick things off.  It felt like a natural synergy for Manfredi to align with the brand. One that is currently best known for its ability to reimagine its heritage silhouettes into modern, off-beat interpretations. In ways, this is the same as what Manfredi is doing, although for her it's more about meeting herself in the moment than reinvention – this is something she is quite sure of. 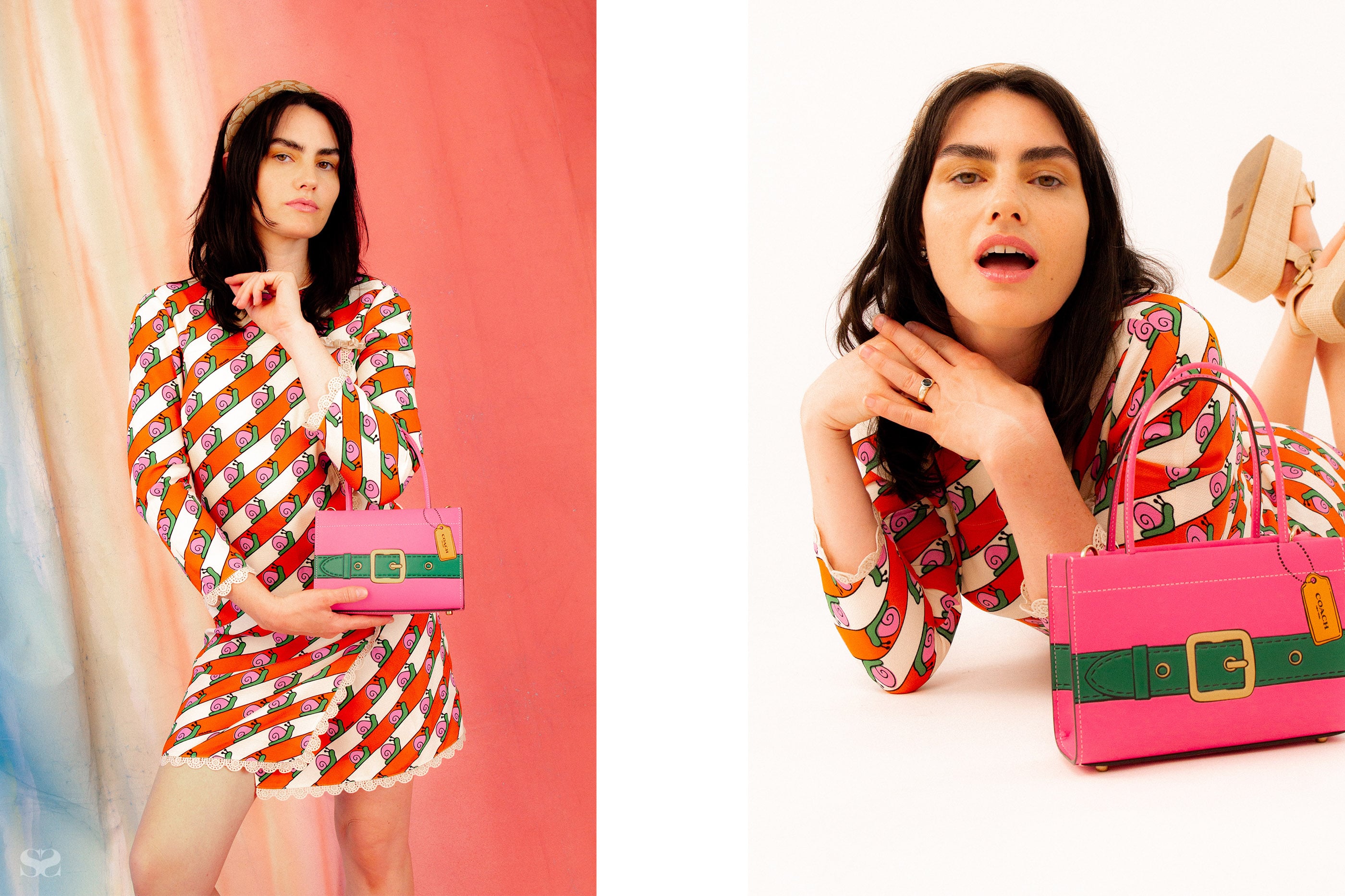 When her first solo track, Jealousy, was released in May 2021, the music video saw a very pregnant Manfredi lean into traditional tropes around womanhood in a very ironic, very astute way. Making life, making pasta, selling the dream while a bitter ex looks on with regret. Now that her daughter has arrived, the birth of her album is next up. "Within the first two months of Mina's arrival, people were asking me: do you feel more creative? Or, have you been writing? Have you been inspired?" Manfredi says when asked about the influence Mina has had on her music. "Babies just demand so much presence from you. And the practical side of it is that there is so little time for yourself, that there's usually a choice between whether or not you can shower or feed yourself or do the dishes, so the thought of actually sitting down at the piano didn't come up for a lot of it." She notes. "But then there's this other side of it, which is that I actually I have been doing that in lots of little bursts. And also that she's like, this song that I have been writing since she was born. It feels like she's this ever evolving, beautiful creation. In a sense, I've been writing since she was born. And even before she was born, she was just a concept. I'm generally very tired at the moment. And also very happy. Deep, deep, resonant happiness." 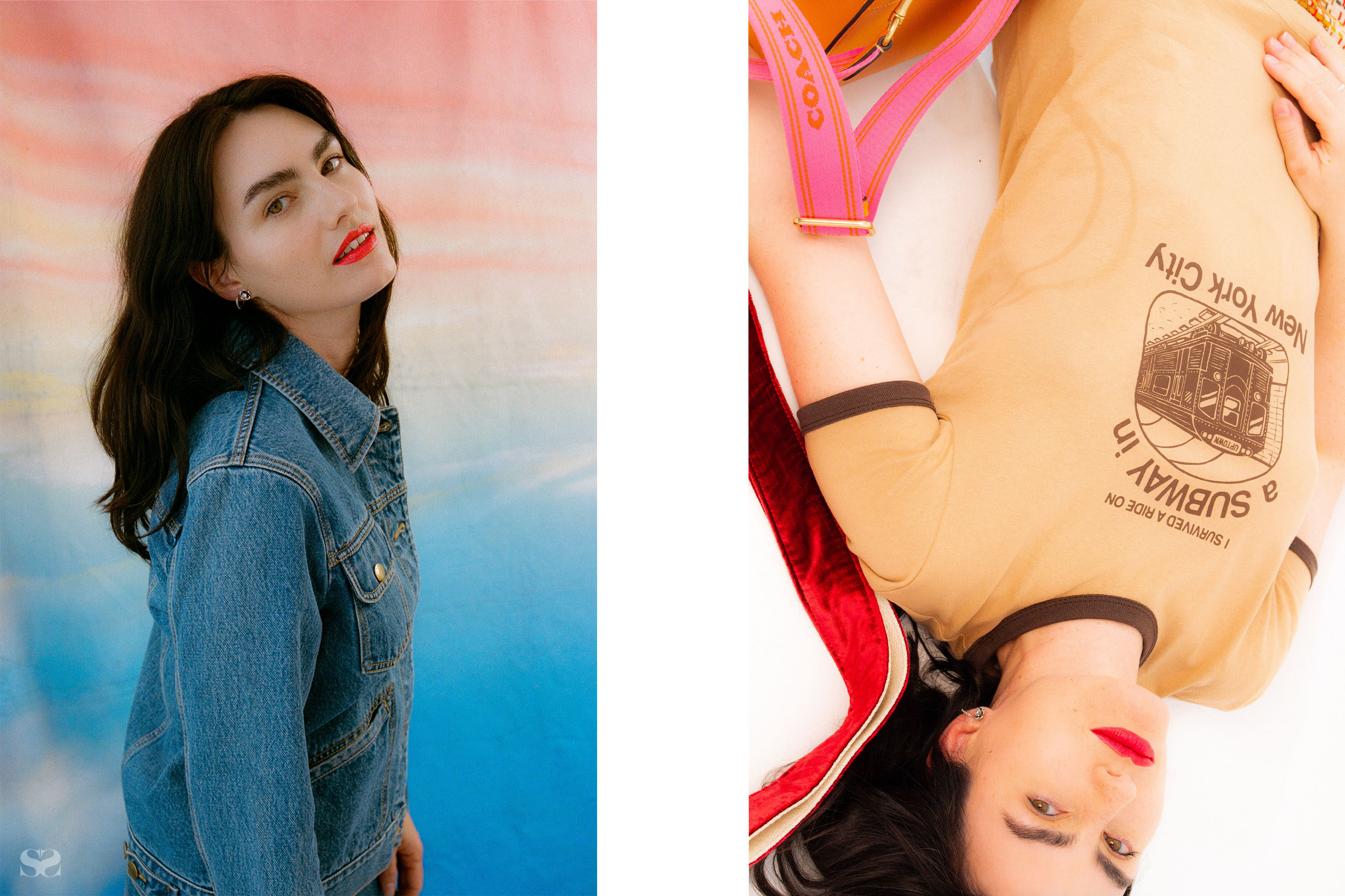 This deep happiness was a feeling Manfredi is both inspired by, and has wanted to conjure up in her music and the music that she is listening to at the moment. "I got really into this album by Cleo Sol, a UK soul artist, she released a record called Mother. It's all about all about her relationship with her mother and the birth of her son as just this beautiful, soft, feminine, evocative, introverted, reflective album." She explains, noting that these kind of musical experiences have encouraged her to go inward with what she is creating, too. "I'm also working on this sort of side project, which is just for me. It is a piano record of just little songs that that fit into that feeling. I wanted to feel cocooned by music, and protected by music in a mothering way."

For Manfredi, going solo isn't just about being in complete control of her own sound, it has also been liberating to feel all of her feelings on her own. "I don't have to convince anybody else of my ideas, I don't have to pitch them, I don't have to be a caretaker anymore, I can just really focus on the work. And that's allowed me to really be able to take care of my family as well." She says. That caretaker-ship is a note that resonates deeply. As women, we so often fall into mothering roles outside of our own family structures. This is something that Manfredi, alongside many of her female peers, feel acutely within their industry. "It's very much a shared experience. And it is positive and negative, you know? There's an authentic side to it, which is the nurturing side that is prevalent with a lot of my friends who are in or were in similar situations. And then there's the other side of it, which can get a bit unhealthy. You feel overextended and unappreciated." 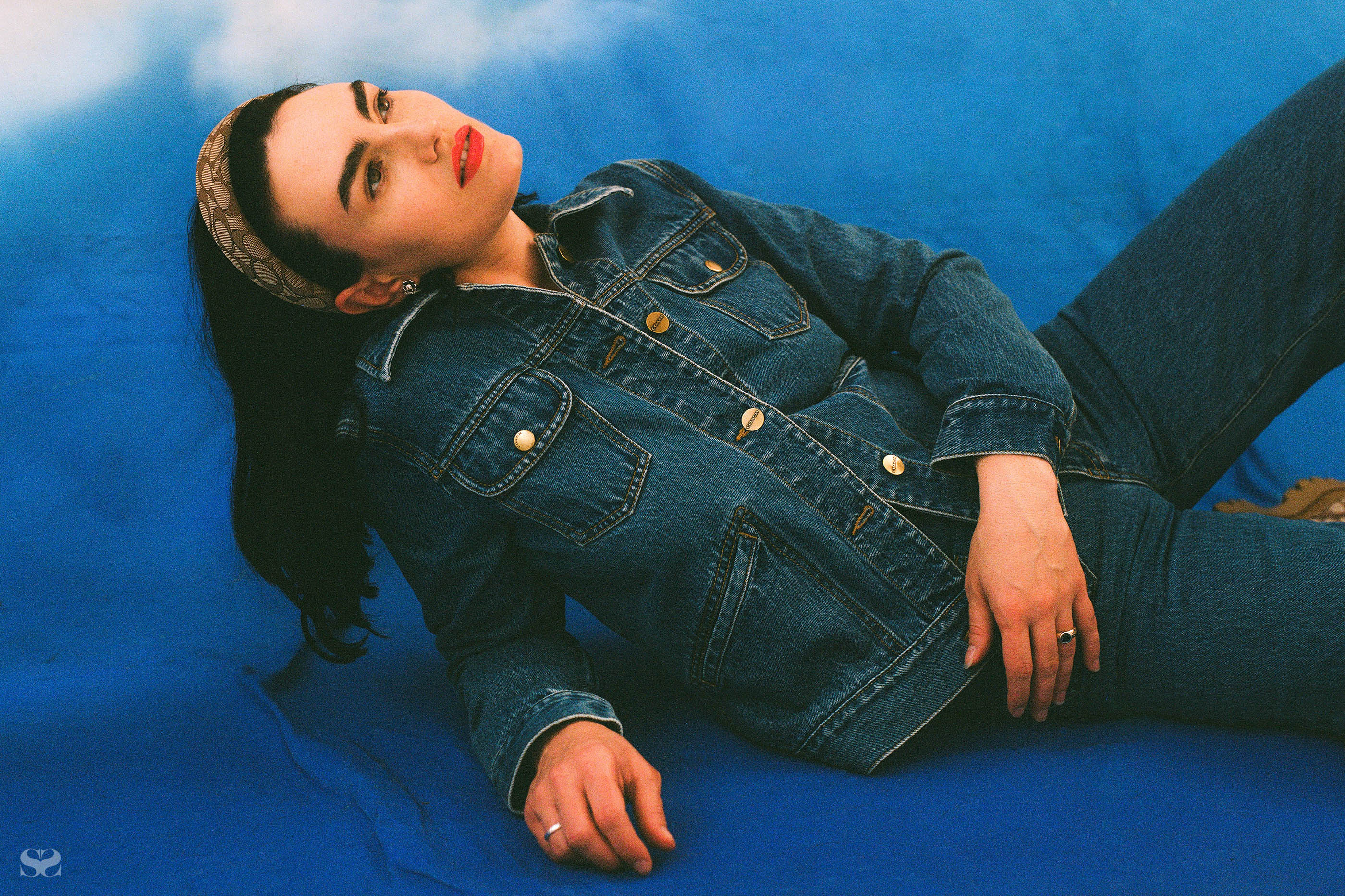 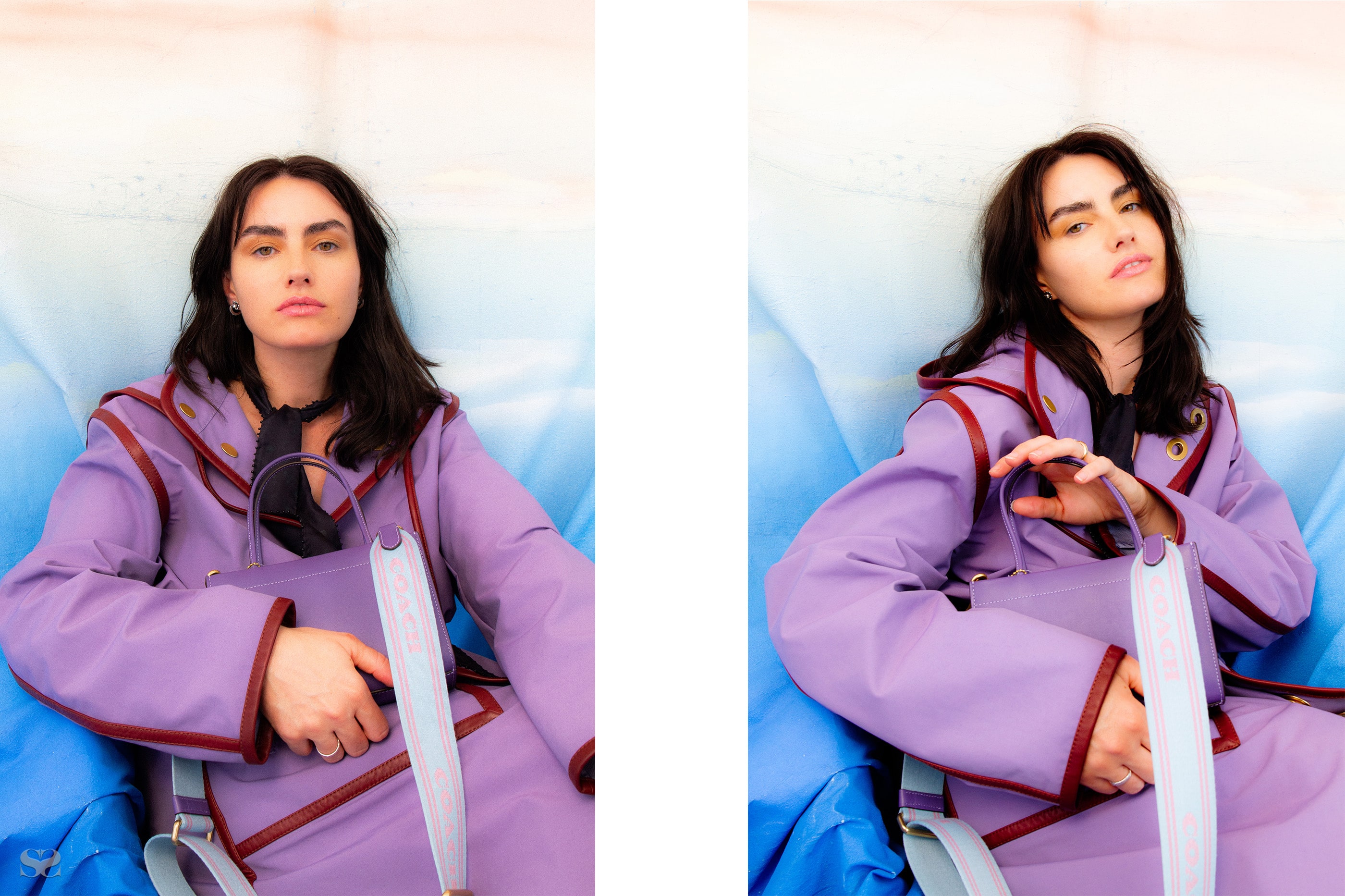 For now, though, she is focussing on the present. This project being one of them, alongside the final touches of her album. For Coach's Spring Summer 2022 collection, which Manfredi wears in our shoot lensed by Kitty Callaghan, classic house codes were remixed into modernity, with pop and pop punk references injected throughout. For Manfredi, the sentiment is almost one and the same for her new music. "The kind of record that I've tried to make has been one that feels fresh and classic, but reinvigorated in a way that for me felt both nostalgic and also a little bit kitsch and playful." she reveals. And for her, working on the podcast has been a nourishing experience. 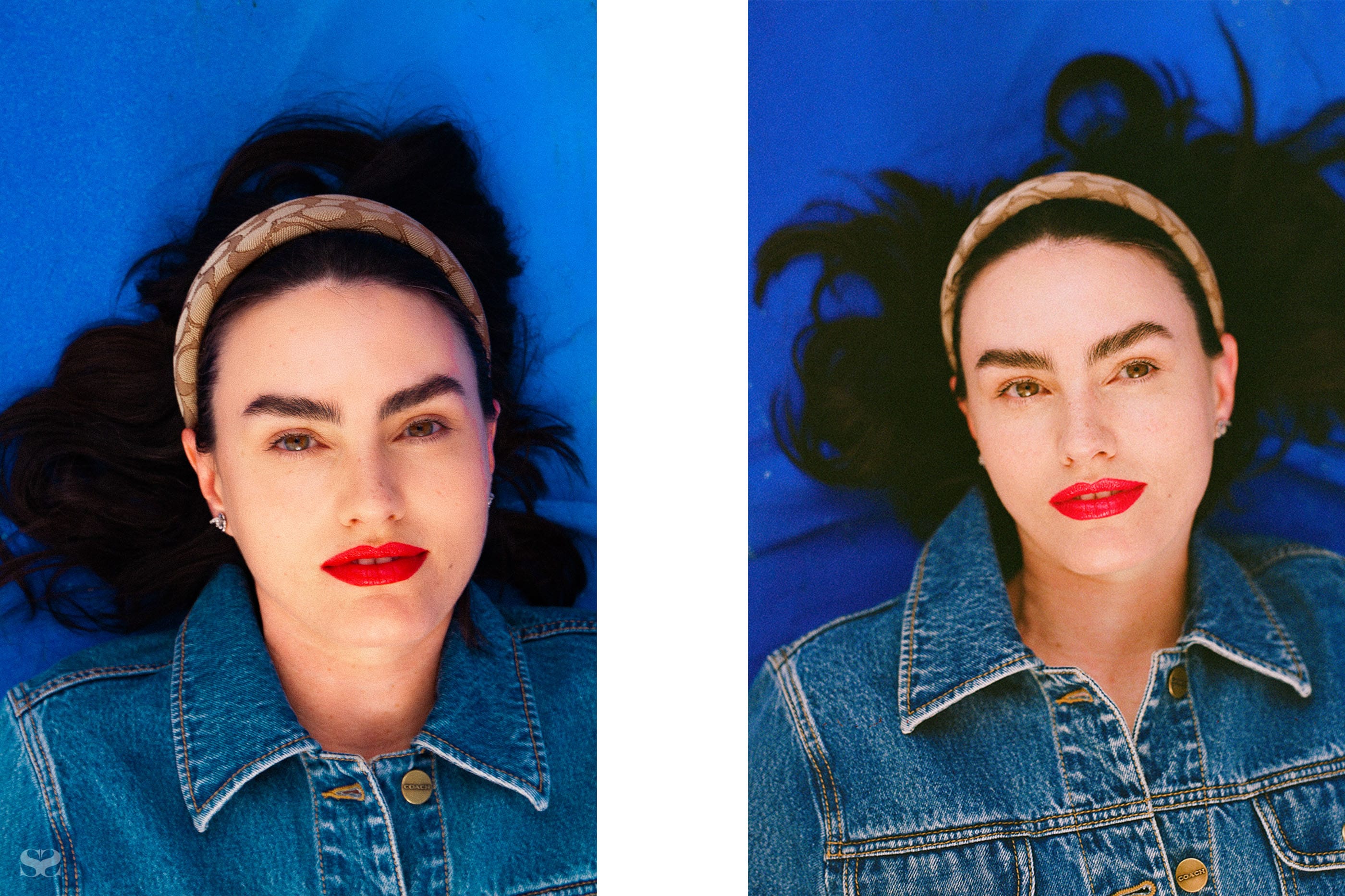 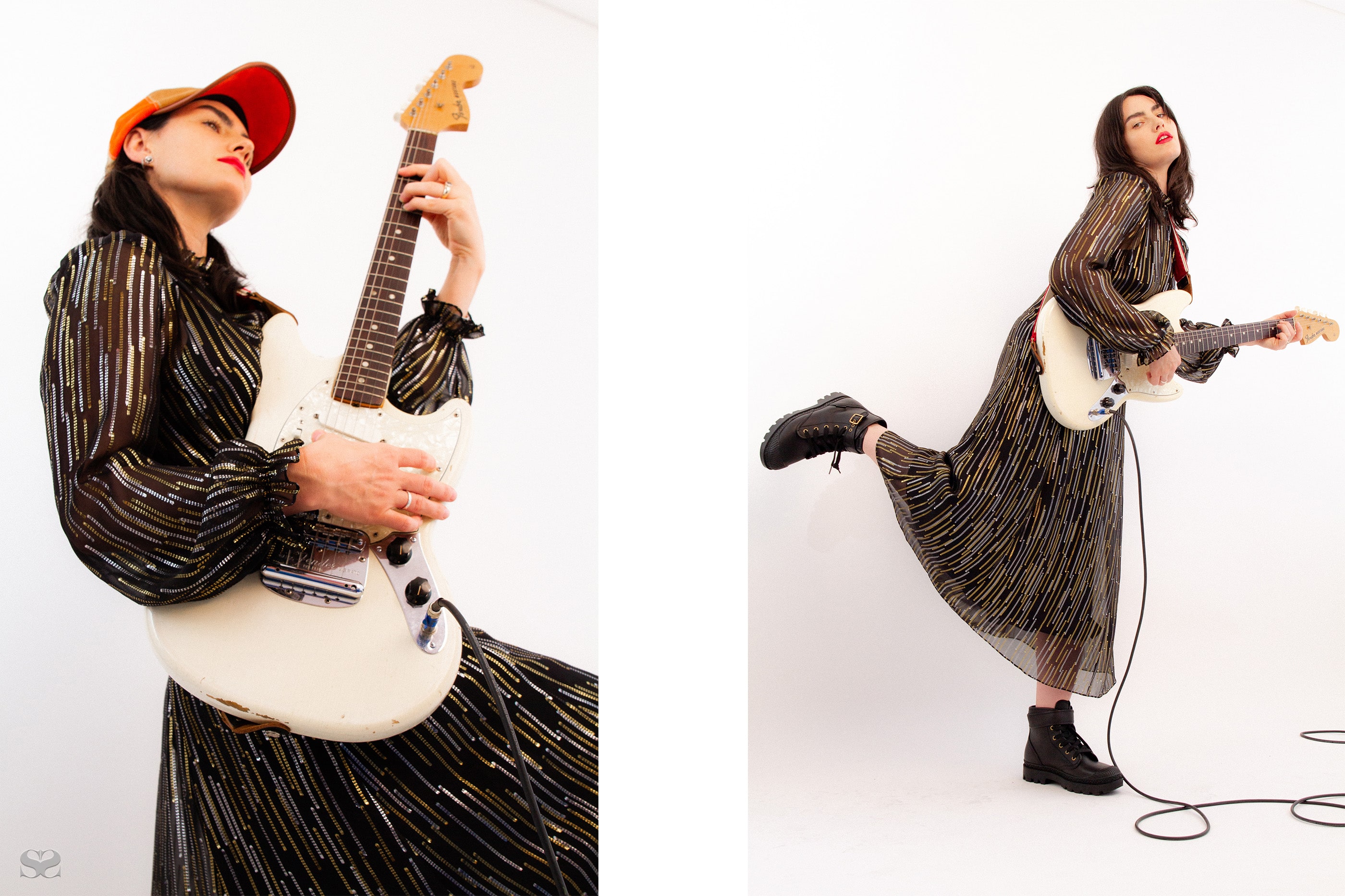 "I think I was most excited about the conversations I could have with people in in my world, because I have missed those connections so much over the last two years of being off the road. And so many of those kinds of connections that you would make really naturally by travelling, running into other musicians at the airport, or ending up at a wedding together, or show, and just just being inspired and energised from from those meetings." Manfredi muses.  "Like everyone, I've just been in my home, sitting on my own, so it was really nice to just feel like my world had opened up a bit again."

You can listen to our first episodes of RUSSH Hour presented by Coach, here. The Coach Spring Summer 22 collection worn by Manfredi can be discovered in store now or at coachaustralia.com.

PREVIOUS
Conversations with creative minds: The second episode of 'RUSSH' x Coach's first ever podcast has dropped
NEXT
And Just Like That... Aidan Shaw is returning to the SATC season 2 spinoff