Like the rest of the world, you may have already caught wind of Burberry's Open Spaces video campaign, the campaign film went viral last week on social media. Beautiful, tranquil, optimistic and playful; Burberry had us traveling to the grand sweeping landscapes of the English countryside; leaping and bounding into the world of Thomas Burberry and his vision for youth and the future. 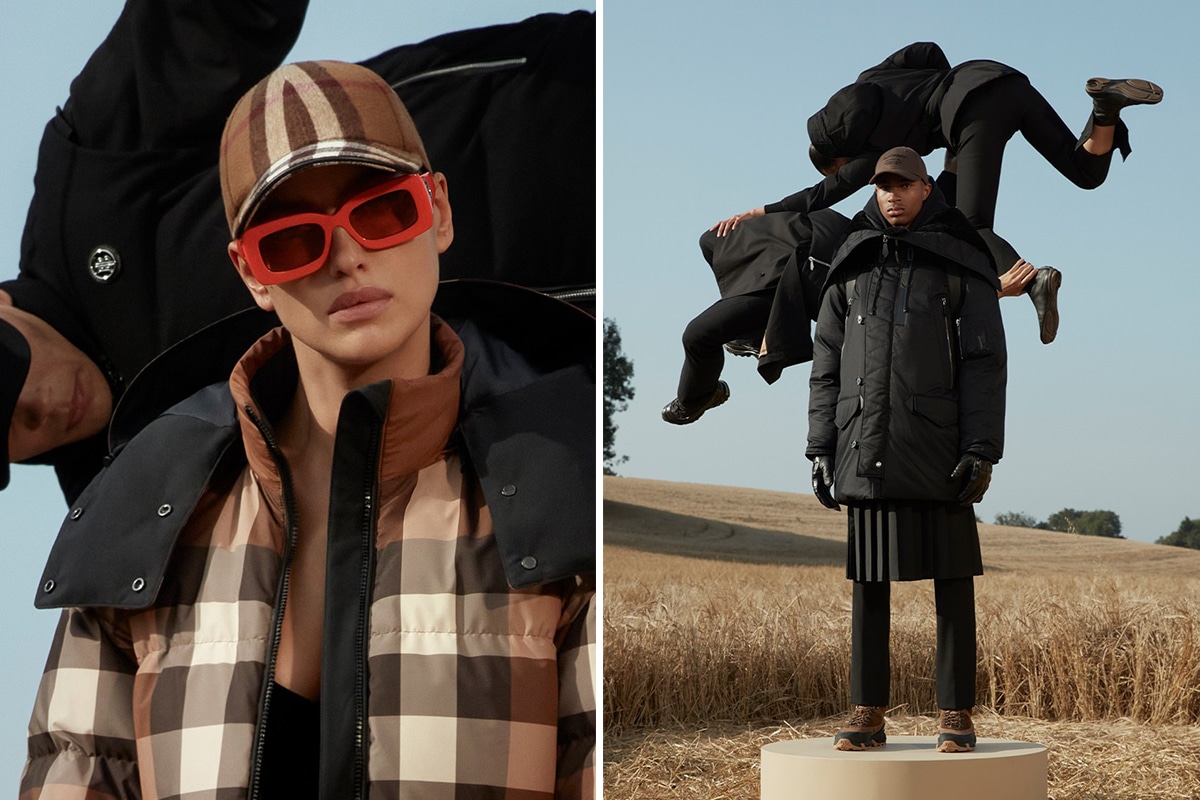 As it may, Burberry has continued on its hyperrealistic and experimental venture; this time with the launch of its FW21 outerwear campaign shot by photographer Danko Steiner. Following on from the same strong visual cues as its Open Spaces campaign video released earlier last week - Burberry's new FW21 Outerwear campaign still stars Irina Shayk as its face in also launching the the House's new lightweight gabardine fabric.

For Burberry's new FW21 outerwear collection; quilting and puffer made a sizeable debut along with the brands signature trench coat reimagined for the future. Each piece remained tasteful with a touch of utilitarian for this years FW21; the collection heavily featuring its oversized parkas, military-esque padded vests and quilted coats all in iterations of black, Burberry honey and of course, in Burberry's heritage signature house check. 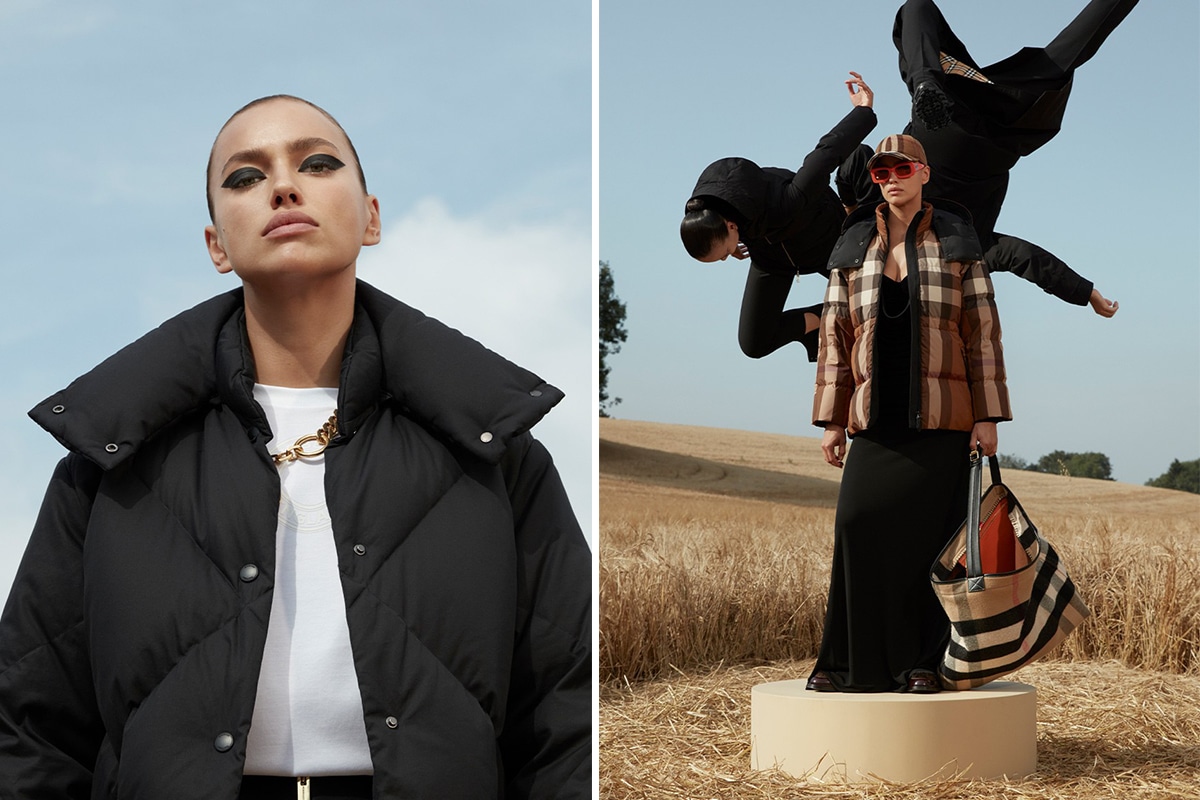 Burberry's FW21 outerwear campaign was as surreal as the Open Spaces campaign film in which it followed. Models stood platformed and backdropped against the same sweeping scenery of the best and most enviable of Britains countryside; even marking the campaign to its surrealist completion with Burberry's Open Spaces models floating in leaps and bounds behind.

PREVIOUS
It's Date Night with Beyonce and Jay Z for Tiffany & Co.'s newest campaign About Love
NEXT
On the fringes of taste: fringe is back, and this is how we're wearing it