As hard as it is to admit, there is more to the world of film than The Devil Wears Prada, especially in the realm of films about fashion. Do not mistake this as an insinuation that The Devil Wears Prada is not one of the cultural heavy hitters of the modern film landscape, just that there is so much more to be explored, and so many stories to be retold. Fashion films often fall into three distinct categories: fictional tales about the industry today and all of the fantasy that comes with it, retold biopics of famous fashion figures, and documentaries that let the world in on the fact that you're not actually allowed to wear "the Chanel boots" from the fashion cupboard. With this in mind, we are rounding up our favourite watches from all of the above categories, to further your fashion education with a bit of fantasy thrown in. Below, are 15 of the best fashion films to date. 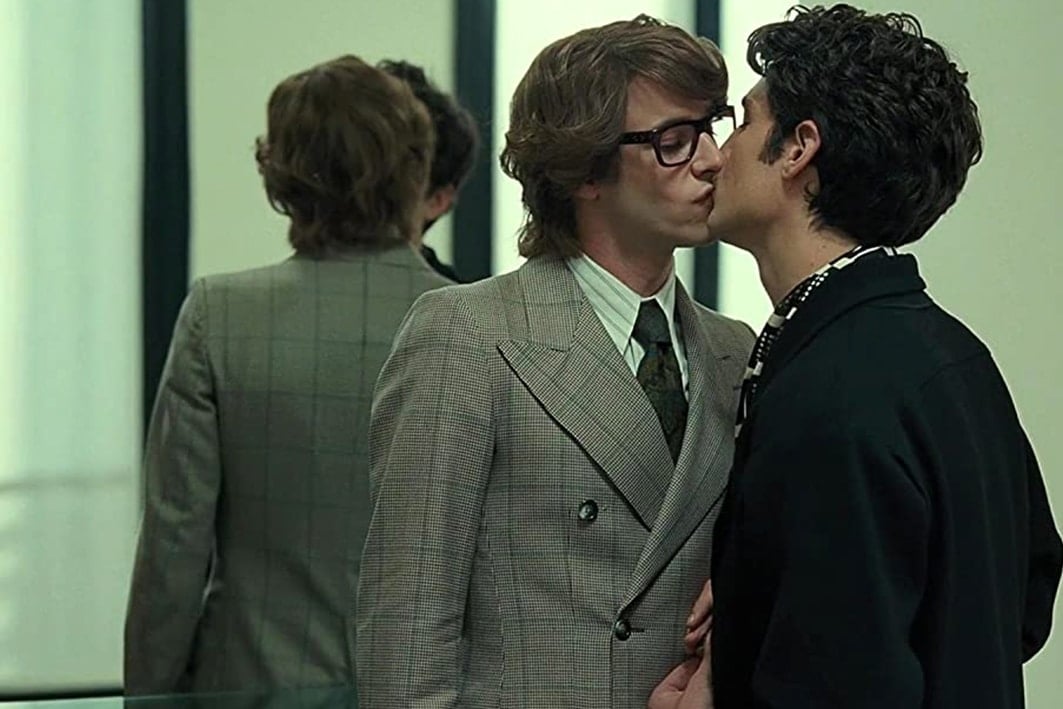 Bertrand Bonello's Saint Laurent looks at the slightly more subversive side of the life of Yves Saint Laurent. Viewers are transported back to the 70s where Saint Laurent was developing some of his edgier silhouettes in a time where the world was rapidly shifting into a new paradigm. Gaspard Ulliel, who plays Saint Laurent, plays his character perfectly with intensity and torment, using drugs and partying to remedy his issues. 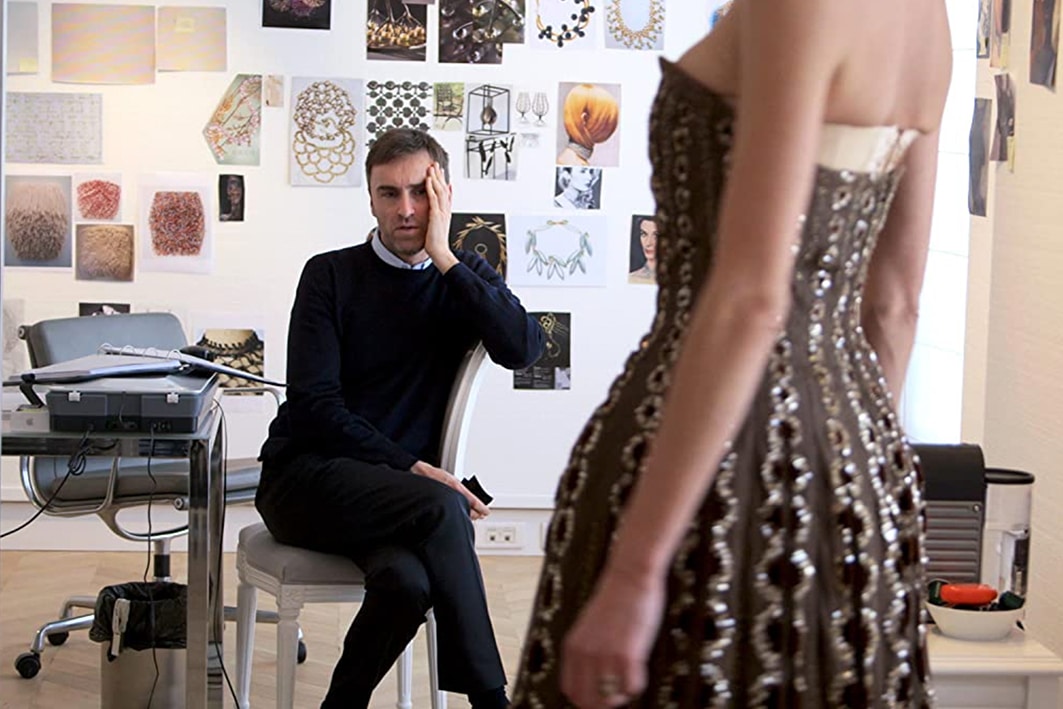 A documentary that details Raf Simons' time at Christian Dior, where he sat at the helm as creative director for almost four years. The film follows Simons first moments at the historic house, as well as the workmanship that goes into each piece from those at the Atelier. 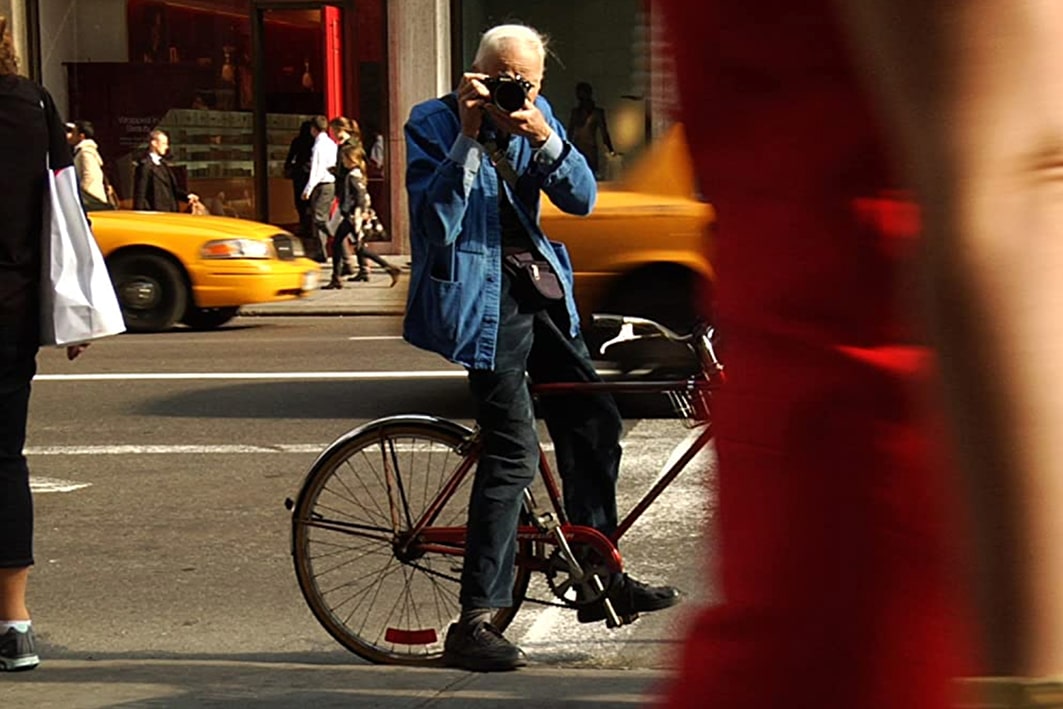 Bill Cunningham, the man who helmed the street style scene in New York City, is remembered here with his strict ideas about the fashion world and the impact of his influence across the industry at large. 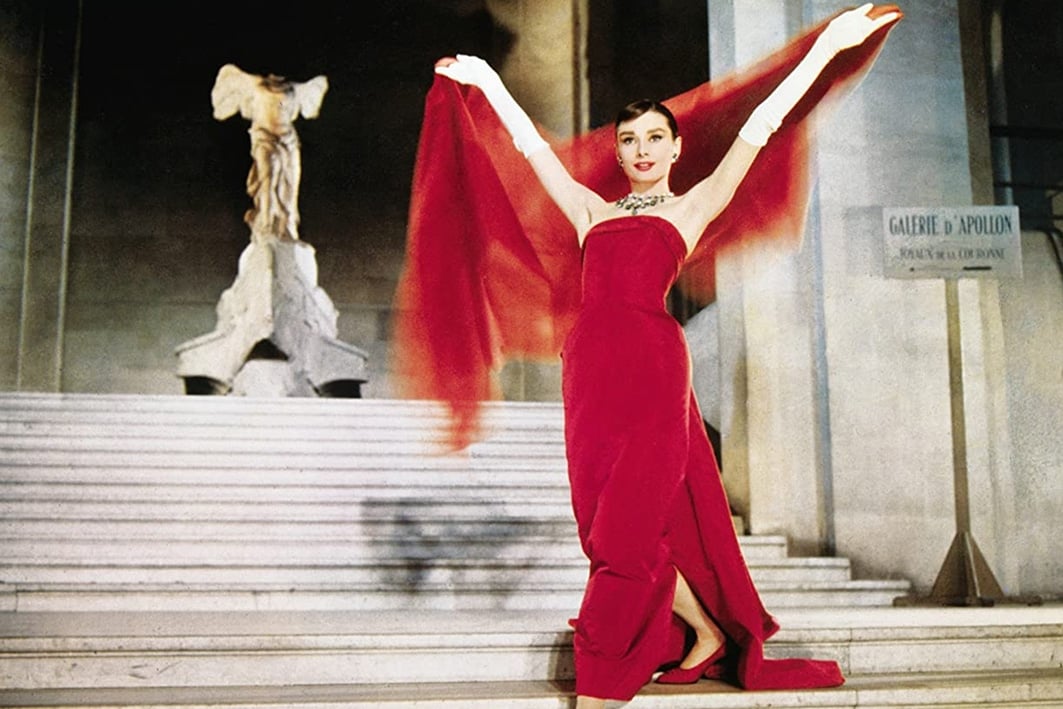 One not to miss. Audrey Hepburn plays a chic bookshop clerk who gets discovered by a famous photographer (based on Richard Avedon) and becomes a sensational model almost overnight. For a fashion fantasy that walked so The Devil Wears Prada could run, Hepburn flouncing around Paris in an all Givenchy wardrobe will never get old. 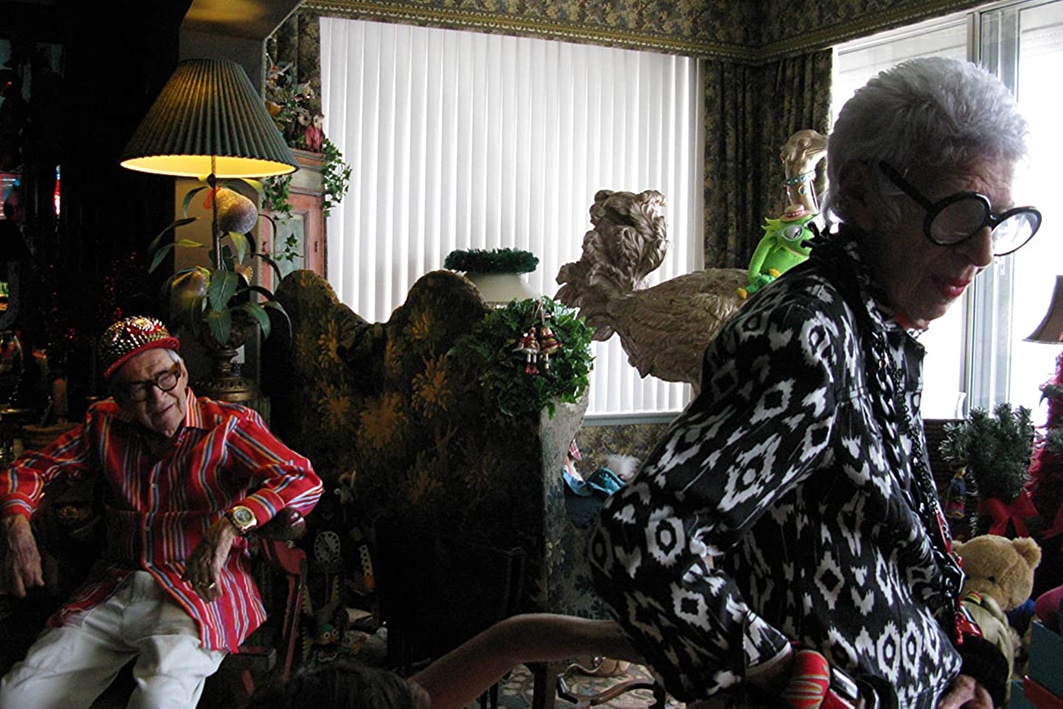 From legendary filmmaker Albert Maysles, Iris documents the now 100-year-old style maven who has had an out-sized presence on the New York fashion scene for decades, and inspires all of us to live a little more authentically. 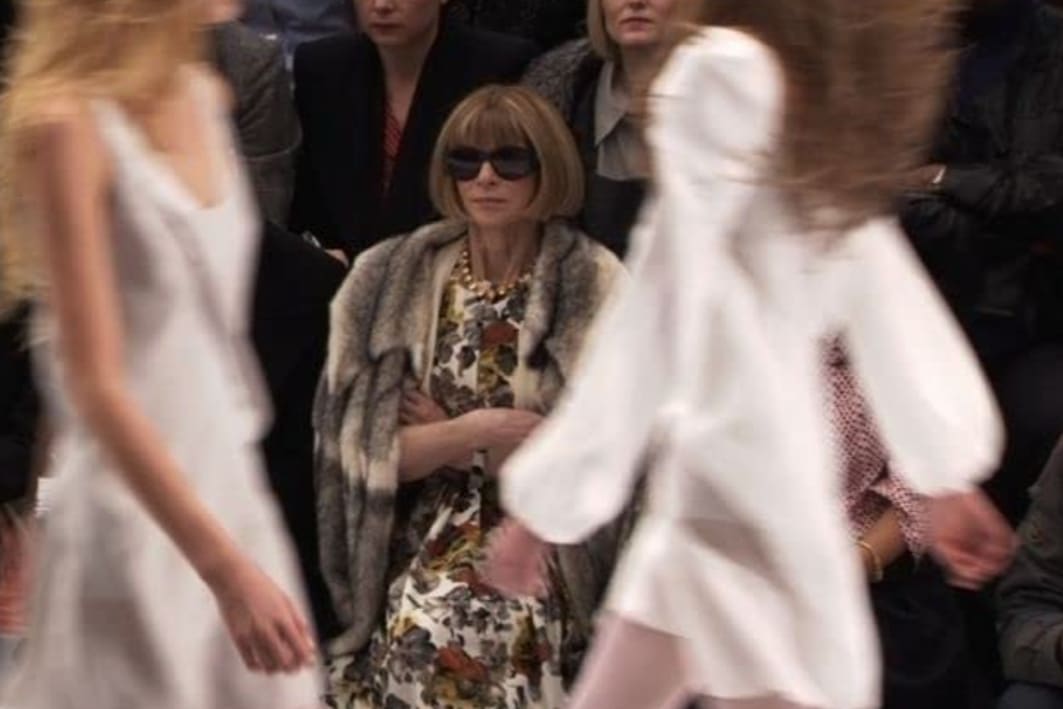 One of the most telling looks into the making of a magazine, and a brief history into the life of Vogue Editor-In-Cheif, Anna Wintour and creative director Grace Coddington. The September Issue takes us through the doors of the Condé Nast building and into the world so many want to be a part of. 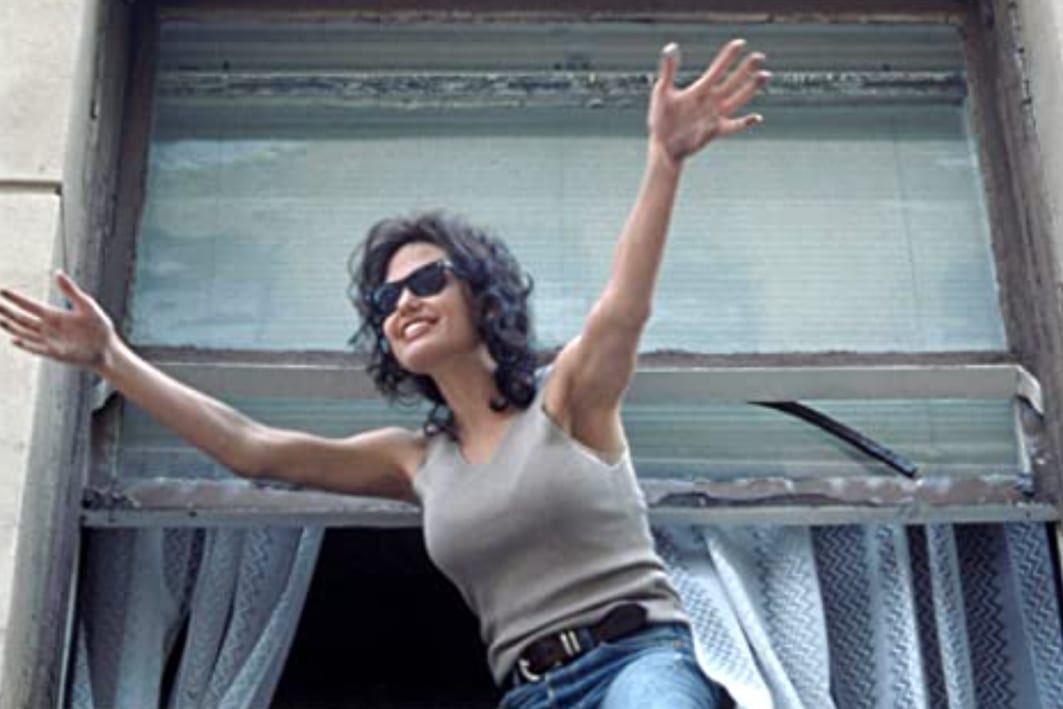 Arguably one of the worlds first supermodels, before Naomi, Kate, Christy and Claudia, there was Gia. This 1998 biopic, with a young Angelina Jolie in the lead role, chronicles the life and career of the famous model and the fashion industry in the late 70s and early 80s, where commentary is made about the treatment of models, drug use, and her short life, which ended due to HIV/AIDS at 26 years of age. 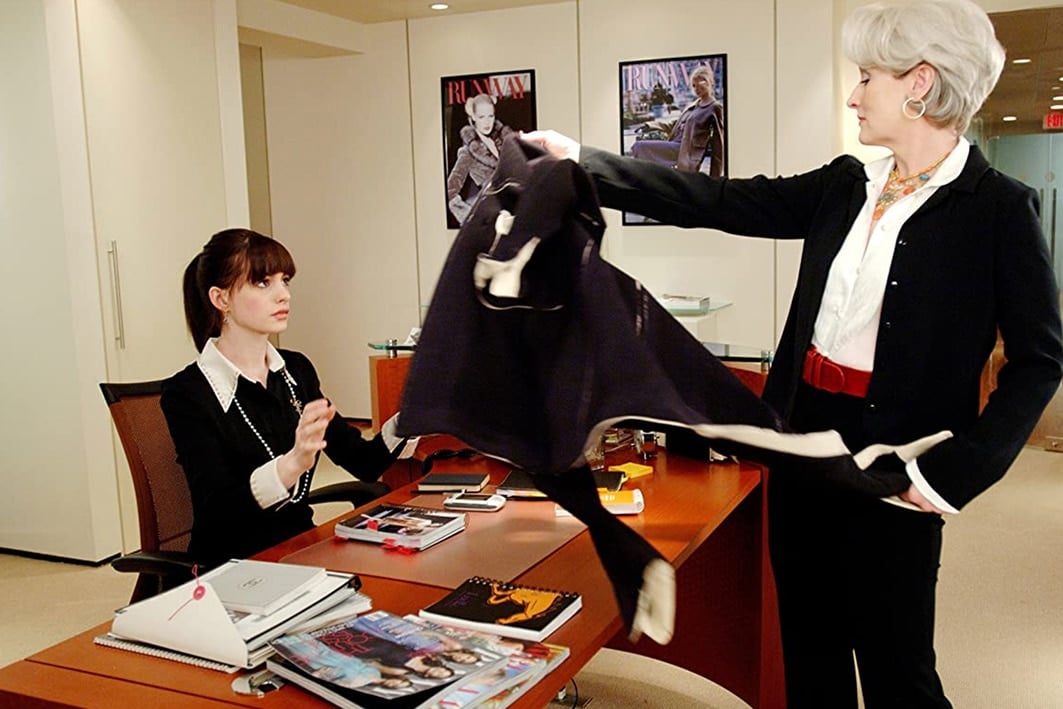 What would a fashion film round up be without The Devil Wears Prada? Andy Sachs is an aspiring journalist looking to get her foot in the door when she somehow lands a position as an assistant to the Editor-In-Chief of one of the worlds biggest magazines (based on Wintour and Vogue). As she tries her best to cut her teeth in an industry she has no interest in, we are privy to hilarious fashion moments, a classic movie makeover, and plenty of Stanley Tucci. 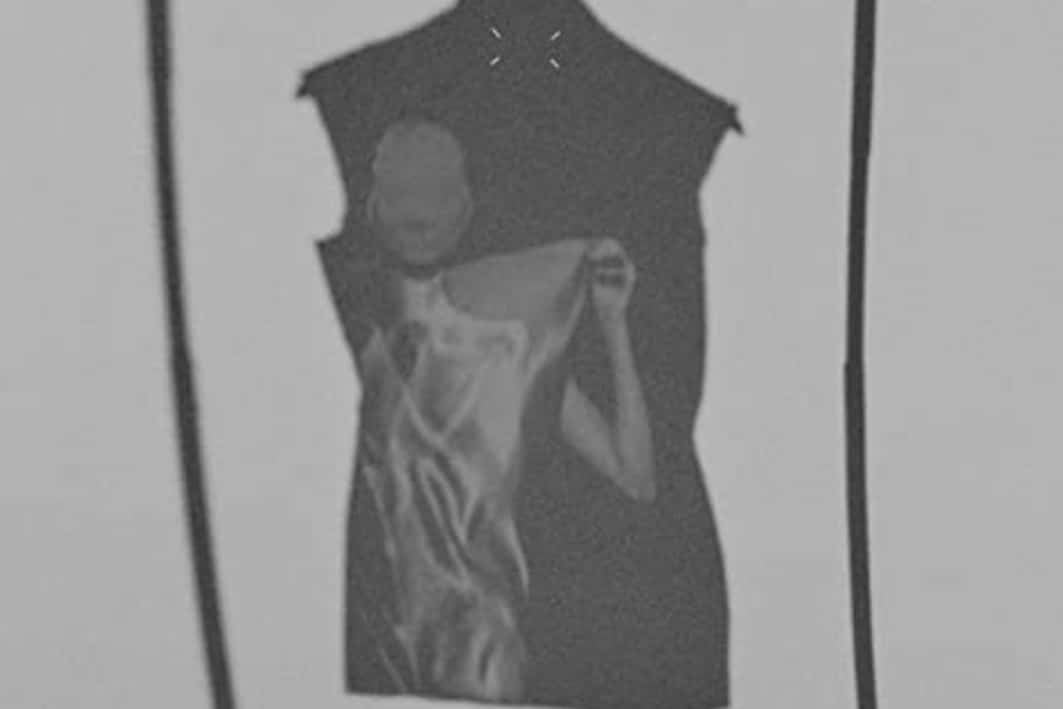 A documentary that aims to thoroughly examine the life and legacy of one of the modern eras most influential fashion designers. As a faceless persona and invisible superstar, his body of work has been our only clue into Margiela's world, until now. 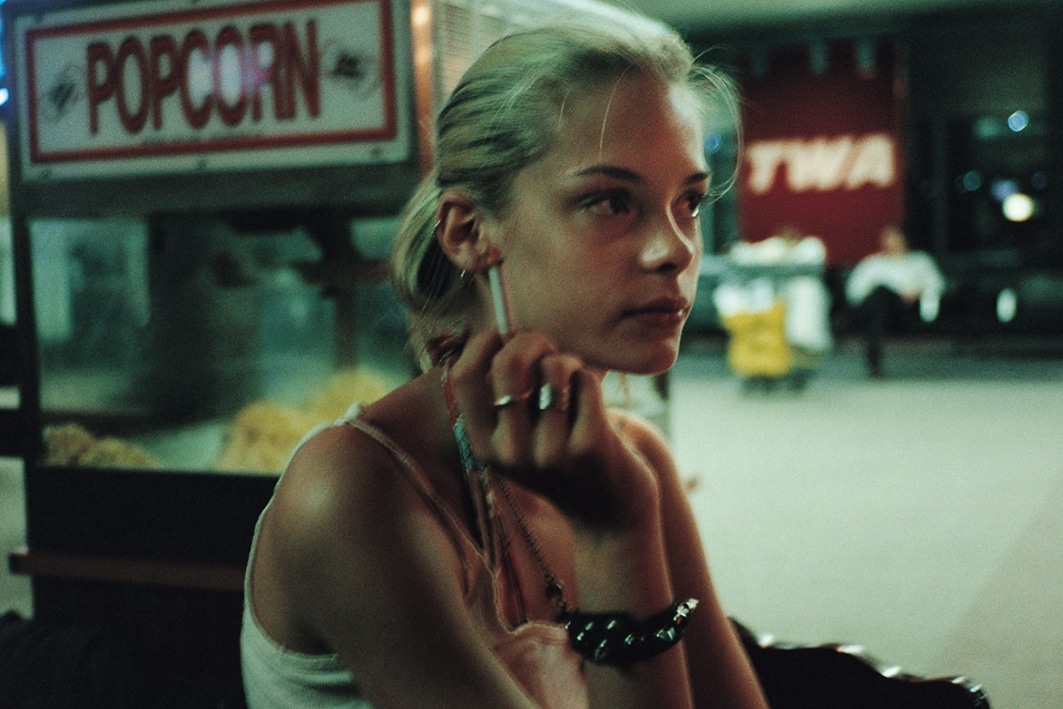 A heart wrenching documentary into the life of Davide Sorrenti, the prolific young photographer who defined 90s era Heroin Chic with his lo-fi fashion photographs. Sorrenti's lasting impact can be felt through all in this compilation of moments of his short life. 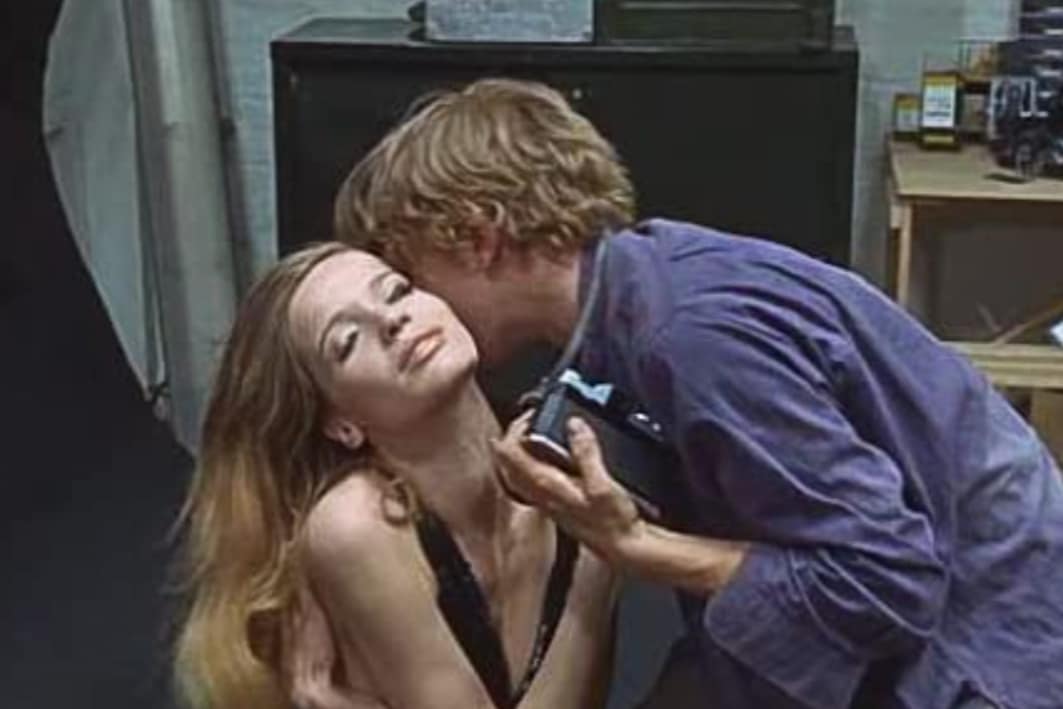 This cult masterpiece chronicles a fashion photographer who accidentally captures a grotesque murder while shooting in a park. Packed with covetable 60s costumes, Vanessa Redgrave, and a Jane Birkin cameo, there is little missing from this one. 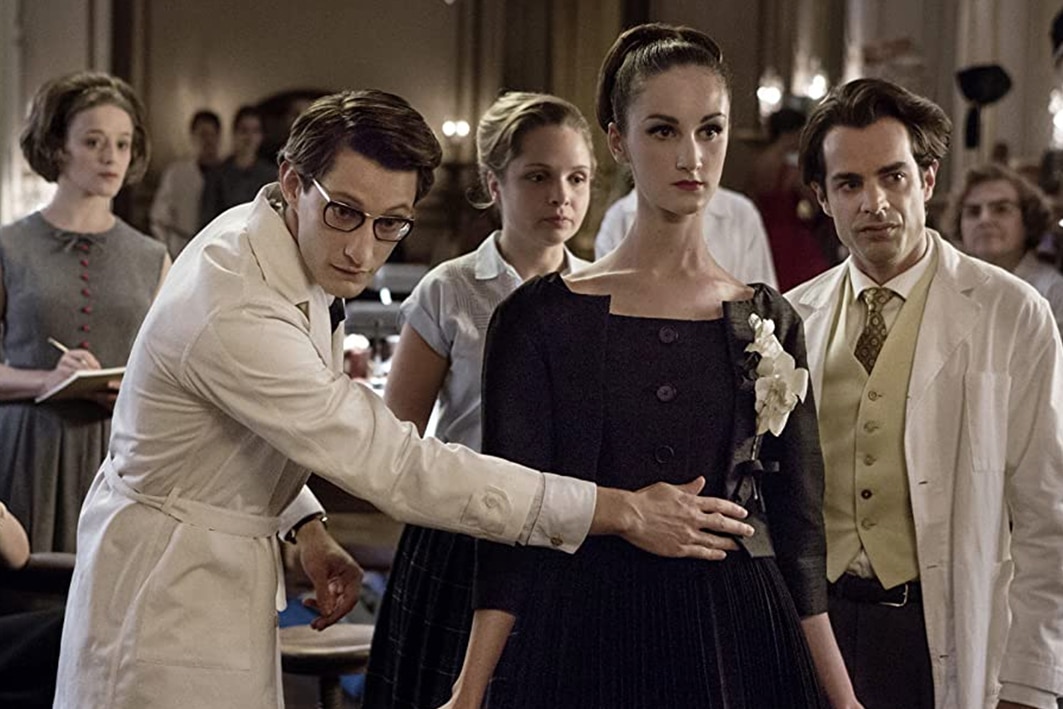 Another biopic created at the same time as Saint Laurent, Jalil Lespert's version retraces the life of Saint Laurent from his lead position at Dior in 1957 to the creation of his own fashion house in 1961, including his inspirations, failed attempts, and the infamous Russian Ballet 1976 collection. 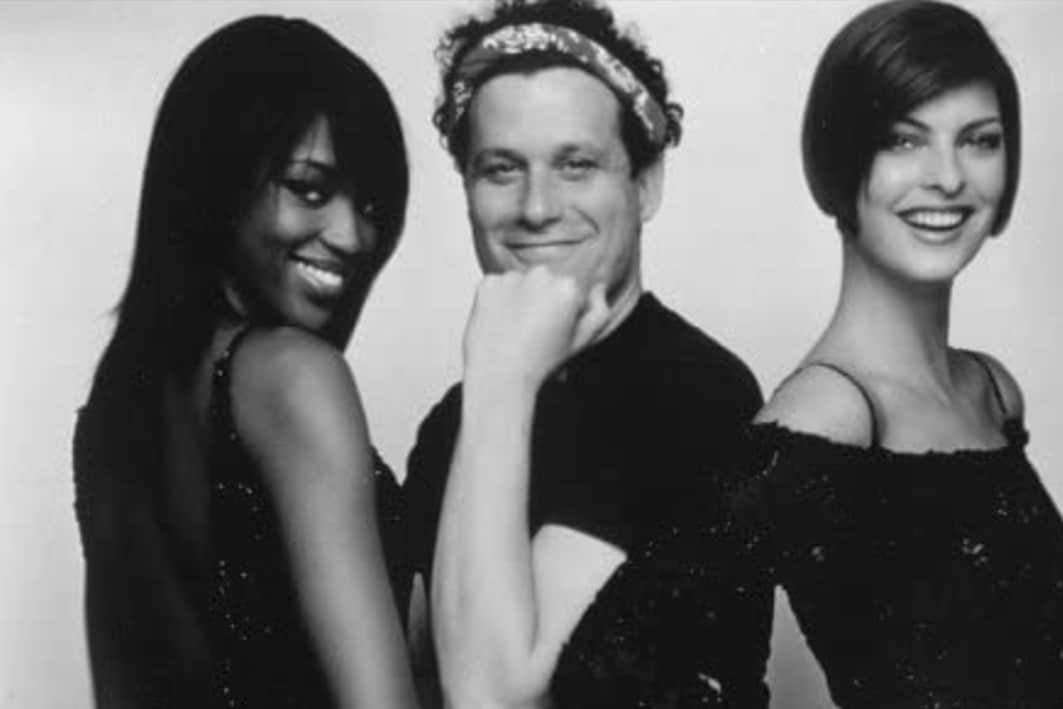 The 1995 film chronicling the life and career of eccentric designer Isaac Mizrahi, and the golden age of the 90s supermodels. Unzipped is the film you want to watch if you're looking for cameos of Kate, Naomi and Linda. 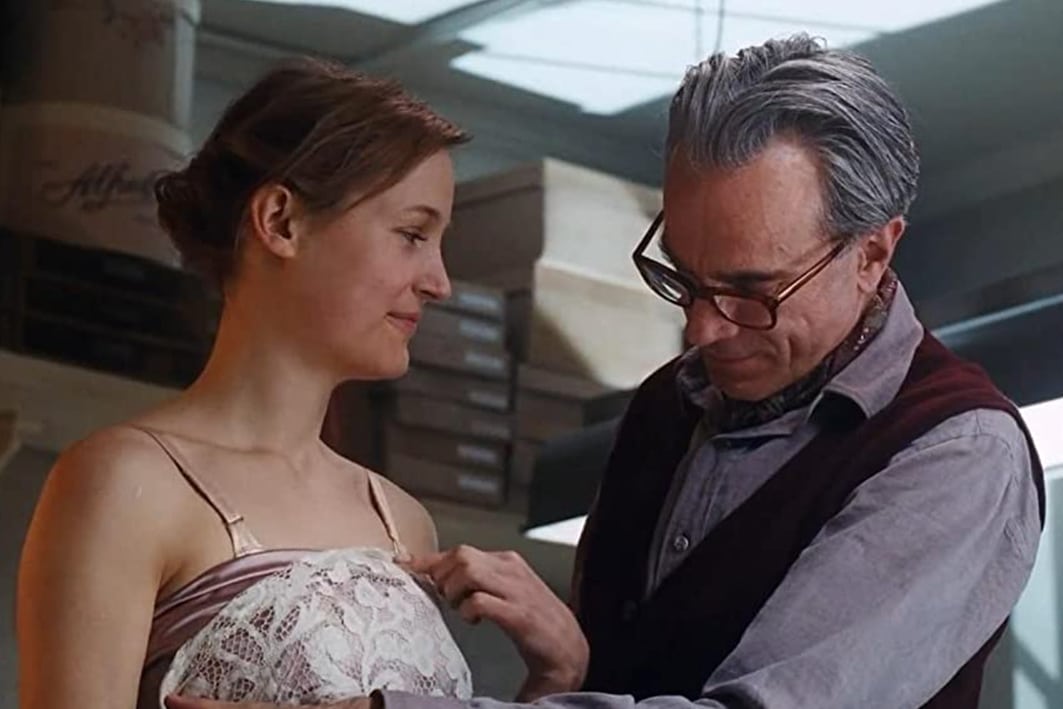 The story of Reynold Woodcock, played by Daniel Day-Lewis in his final role, who reigns over the haute-couture world of London in the 1950s. A heart melting love story and costumes to dream of, is there anything else we could want? 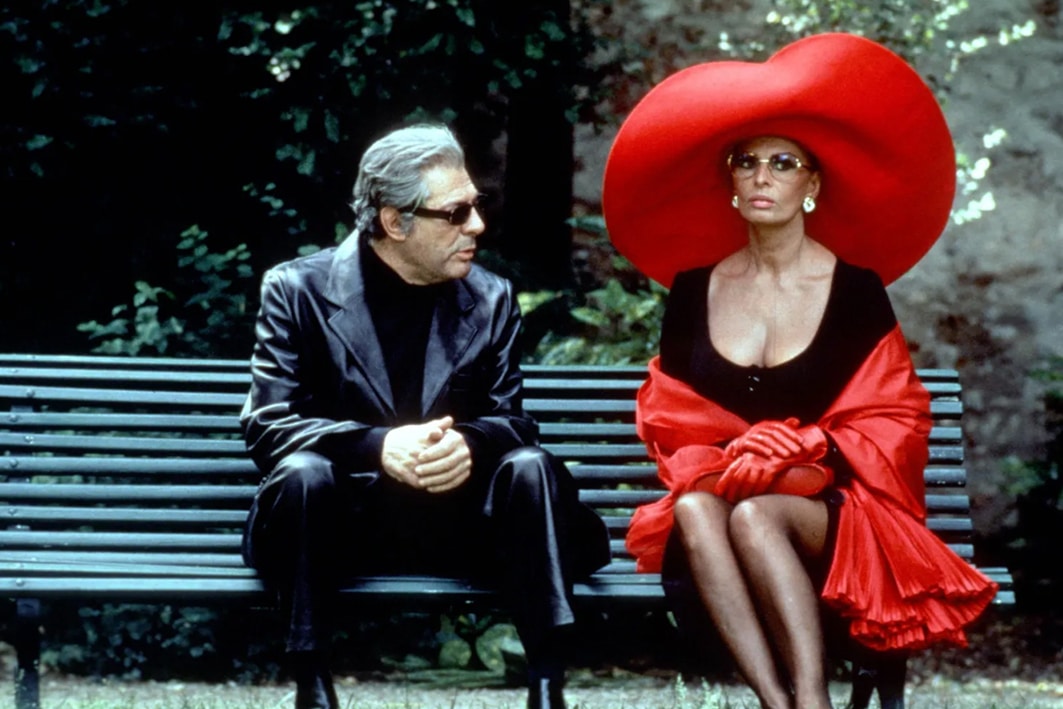 Shot during Paris fashion week in the spring of 1994, Ready to Wear features Sophia Loren and Marcello Mastroianni and is a fictional depiction of Parisian couturiers in one of the busiest times of the year, when a suspicious death of the Fashion Council president occurs during a traffic jam. 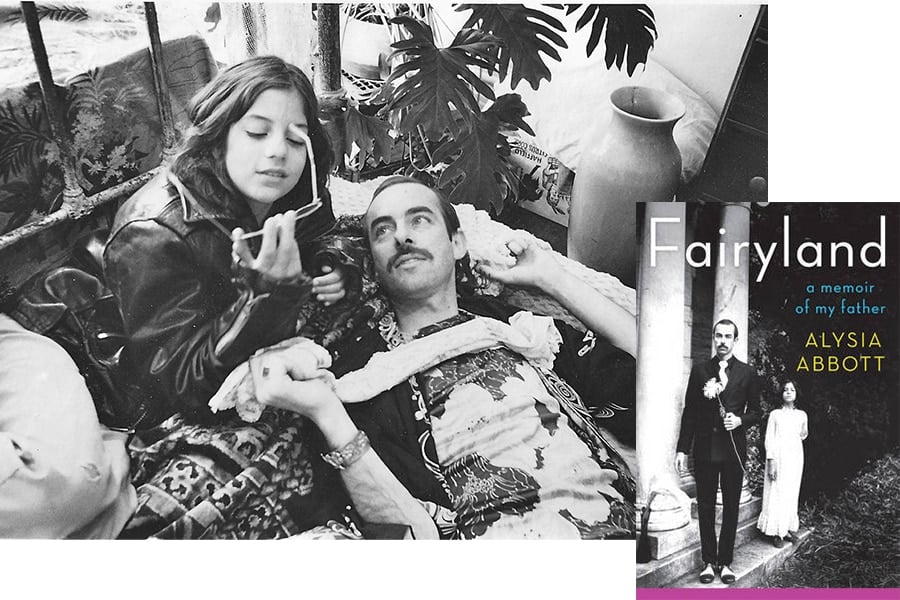