Before we begin, I must be transparent with you all – lay a few cards out on the table. You are dealing with an incurable and fanatical Amandla Stenberg simp. Sometimes this involves me jumping out of my seat and sharpening my pitchfork when a Google Alert notifies me a certain journalist at The New York Times is coming for my Scorpio queen. But for the most part, it just means I gorge on each and every one of their movies as they hit the theatres, listen to Stenberg's ASMR feature on loop, and slip them into whatever best-dressed red carpet we're covering.

In any case, when it comes to the Amandla Stenberg films that are worth your time, I can be your enthusiastic tour guide. And what better time to rifle through their movie history than following the release of Bodies Bodies Bodies? Below, we present 10 of their finest. 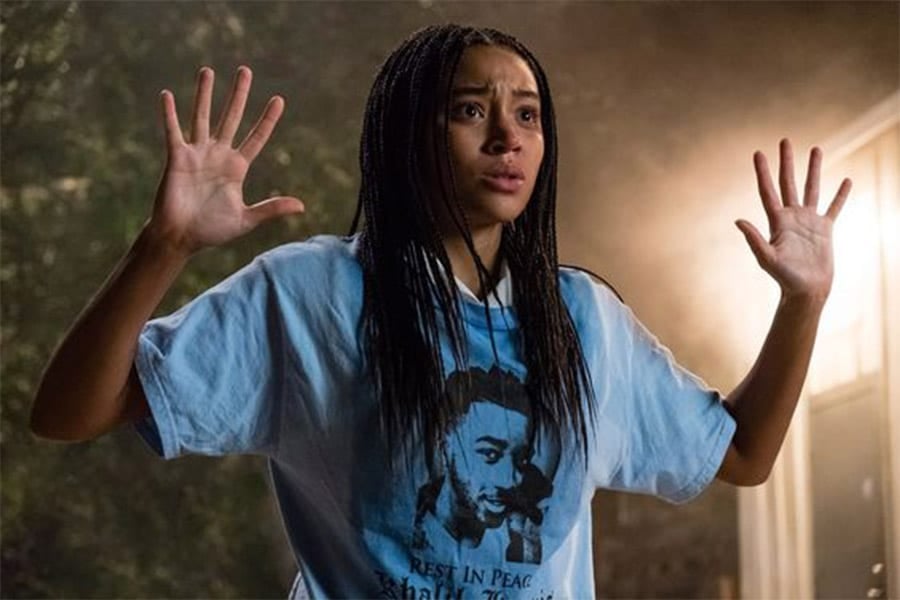 Stenberg has taken part in their own fair share of YA adaptations, but The Hate U Give is by far the best. Based on the debut novel by Angie Thomas who wrote it in response to the murder of Oscar Grant, with heart the film explores police brutality, systemic racism and violence through the eyes of 16-year-old Starr Carter, played by Stenberg, who witnesses the killing of her childhood best friend at the hands of the police. Drawing its name from 2Pac's famous Thug Life tattoo and inspired by his activism, it breaks down respectability politics, white fragility, code-switching, so-called "colour blindness" and the Black Lives Matter movement without ever mincing its words. 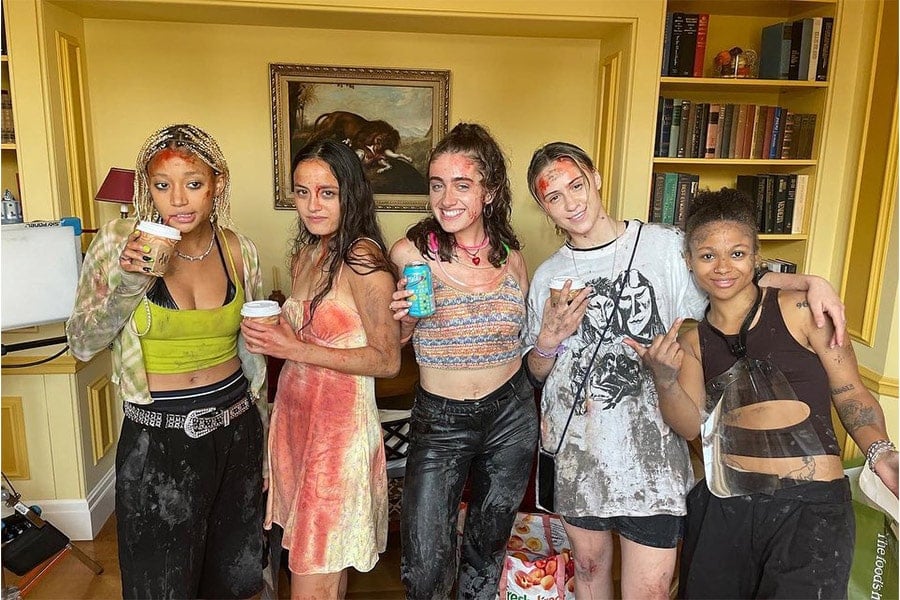 If Bodies Bodies Bodies was a song it would be Frank Ocean's "Super Rich Kids". The cast is killer – Stenberg, Rachel Sennott, Chase Sui Wonders, Myha'la Herrold, Maria Bakalova, Pete Davidson – which I mean quite literally as the film is a slasher horror. A bunch of rich kids are partying in one of their many mansions while waiting out a storm. When they play a game of murder in the dark and one of them dies, unearthing the killer means confronting fake friendships, with a heaping spoon of social commentary thrown into the mix. Kristen Roupenian is behind the script, A24 oversaw its production. Watch it now. 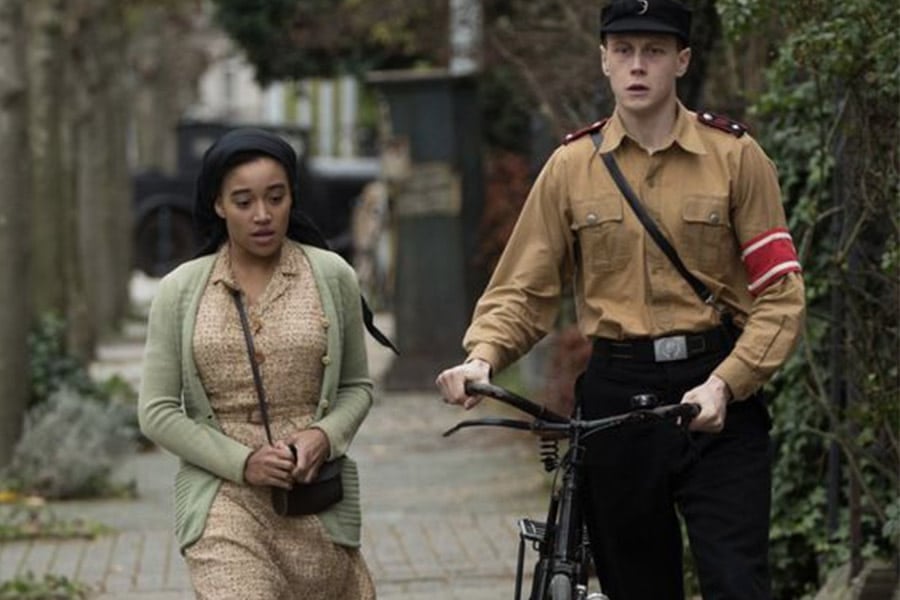 Did I mention I'm also a simp for George MacKay? Well there it is. Set in 1944, Where Hands Touch follows a biracial girl Leyna as she begins a romance with Lutz, a member of the Hitler Youth and the son of an SS officer. It comes at the atrocities of Nazi Germany from a perspective less visited. Although the love story feels a touch melodramatic, you can't deny that it's definitely moving. 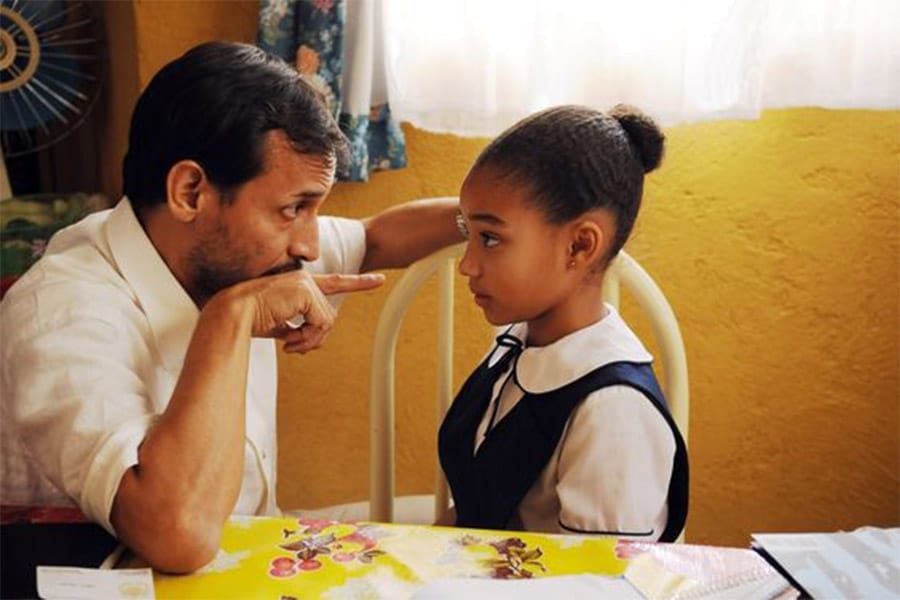 An inclusion for the OG Amandla stans, who will know it as the first movie they ever worked on. When Cataleya Restrepo's parents are murdered in cold blood in Bogotá, their killers unintentionally create an assassin who won't stop until she avenges her parents. Stenberg plays the younger version of Zoe Saldaña's character and a fun fact that I learned from all those hours with Stenberg's ASMR in my ears, was that Stenberg accidentally stabbed Jordi Mollà in the hand on set, as the retractable knife didn't do the retracty-thingy. 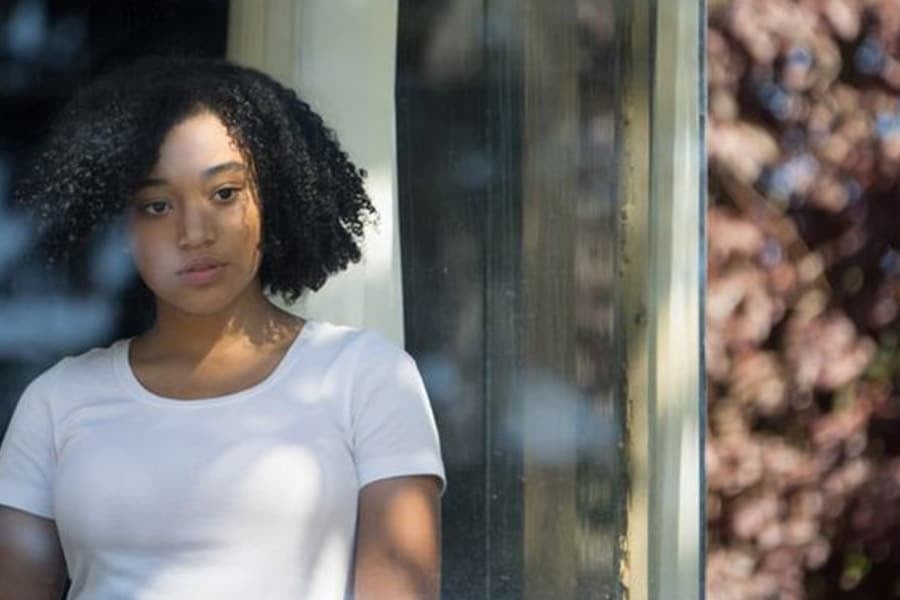 Remember the film Bubble Boy, you know the one with Jake Gyllenhaal? Well Everything, Everything is pretty much a remake of that movie, but if it was written by John Green. Although, the source material for it actually comes from Nicola Yoon's popular YA novel of the same name. It's a light-hearted tale about a girl with a severe immunodeficiency disorder who falls in love with the boy next door. 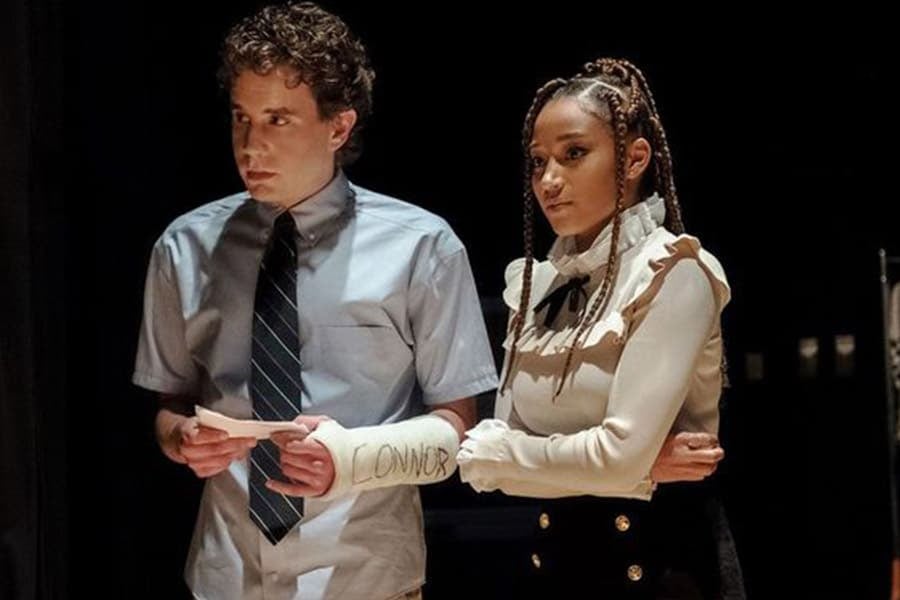 If it weren't for Stenberg or SZA's track for the musical-turned-film, we'd probably just go watch The Perks of Being A Wallflower instead, which shares the same director. But if there's one good thing we can say about the film, it's that it's earnest. The cast is good too. 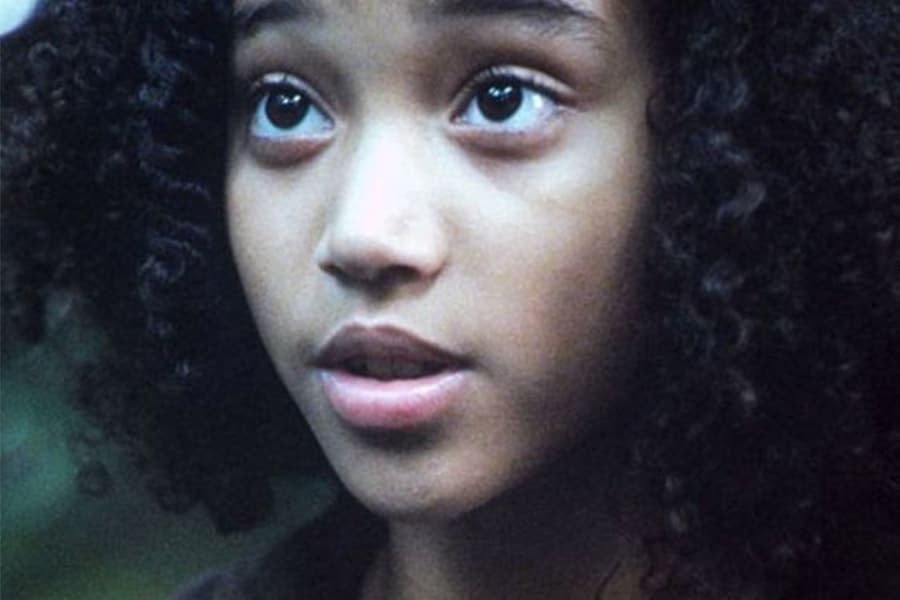 For a lot of us, this is where we first came across Stenberg, who acted as the wholesome and ill-fated 12-year-old Rue from District 11. More than a decade on, it serves as a reminder of just how cute baby Amandla was. Justice for Rue. 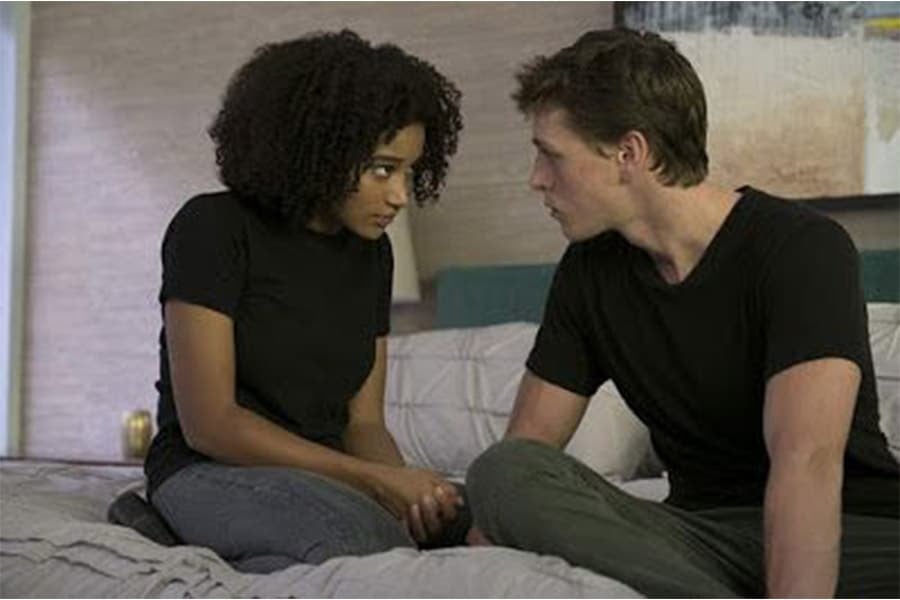 Look, it may have a measly 15% on Rotten Tomatoes, but who cares. Not I and nor should you. If you're really going to binge yourself sick – Mr. Creosote style – on Amandla Stenberg movies, then this is just a pit stop you must make. It's another book adaptation, using Alexandra Bracken's young adult trilogy of the same name as a launching pad. And a sixth-grader gave it 5 stars on Google, calling it "the greatest movie move they've ever seen", so consider its target audience content and fed.