We are at the tail end of December, and all very much ready for a break in the routine. Finally, a moment to watch, read, and listen to all of the things that have been on our list while we've battled through the last months of the year. Below, what the RUSSH editors are watching, reading, and listening to in December. Happy holidays. 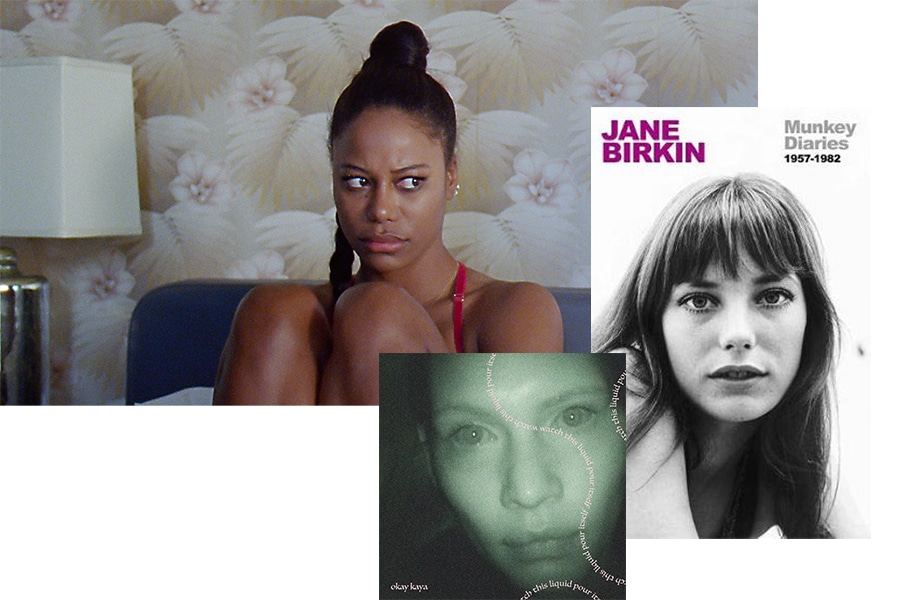 Watch...it is no word of a lie that I have been watching pure trash this month in an effort to turn off all of the busy thoughts. So to combat said trash, I will instead talk about the one film that left me feeling inspired. Zola, created by Janicza Bravo with Jeremy O. Harris, was one of the best films I've seen this year. Based off of a slew of real life bonkers texts, the story follows Zola, a stripper, who travels to Florida to dance with Stefani, another dancer she has just met. I'll let you watch the rest...

Read...Currently reading Jane Birkin's Munkey Diaries, which is a compilation of her diary entries from age 14 until the day her daughter, Kate, passed away. The life of Birkin is told in her own words, as she lived it. Perfect for escapism.

Listen...Okay Kaya's Watch This Liquid Pour Itself, recommended by Kitty Callaghan on my birthday this year. Have been listening since to the album that keeps on giving like a soothing balm to my nervous system. 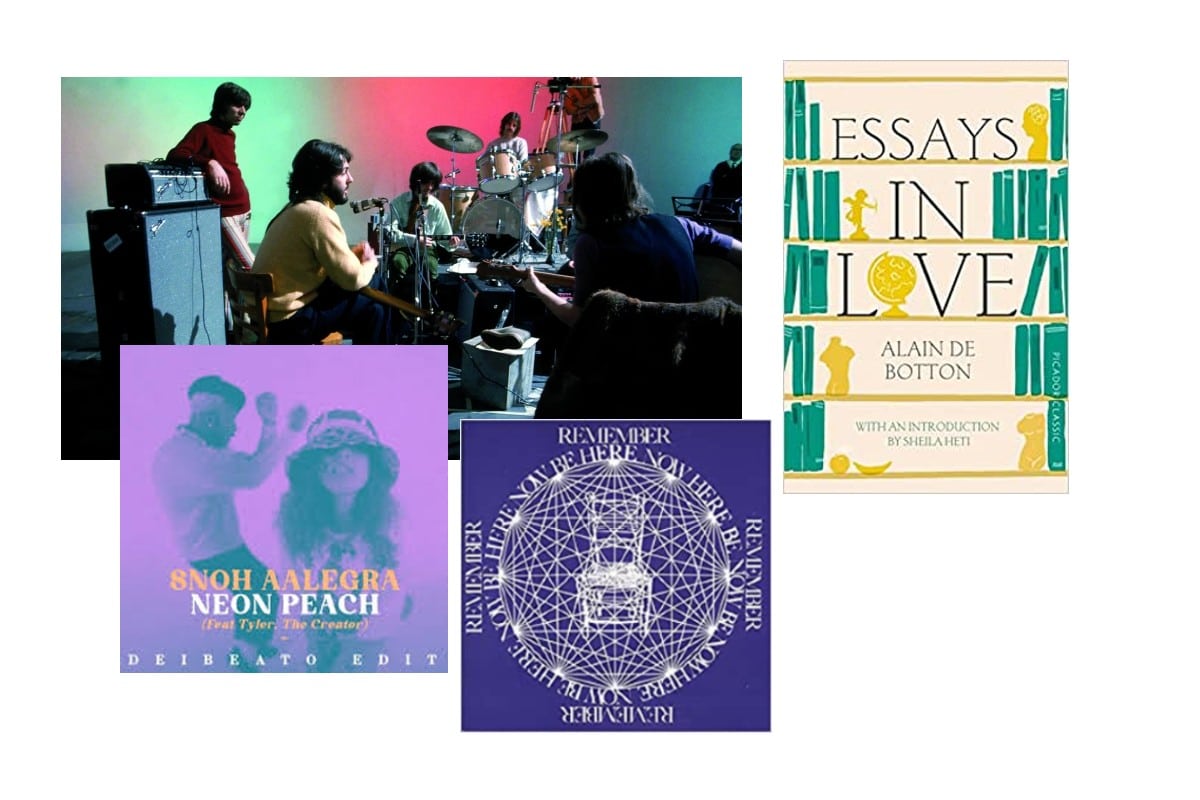 Watch… There is no bigger Lennon fan than I, in fact when I first heard Peter Jackson was doing an archival look back at the most contentious era in Beatles history I was almost in tears! Granted, as soon as the three part series hit Disney + it was on till the break of dawn, or at least I would have stayed up to binge watch them had they all been released at once. If you’ve missed the boat on this one, I highly recommend watching The Beatles Get Back for the musical master class alone. If not for then at least stay for the Yoko and Linda-ship.

Read… I’ve recently taken a liking to anything that is philosophical or spiritual, these are the areas that fill my mind space on a day to day basis. De Botton’s Essays In Love is a must for anyone looking for a different kind of romantic escapism.

Of course I’m partial to Ram Dass and the many teachings from Be Here Now. Something I like to include in my monthly moon ritual.

Listen… Snoh’s beats are always a groove. She knows how to get anyone in the mood. I’m particularly partial to Neon Peach ft Tyler The Creator. 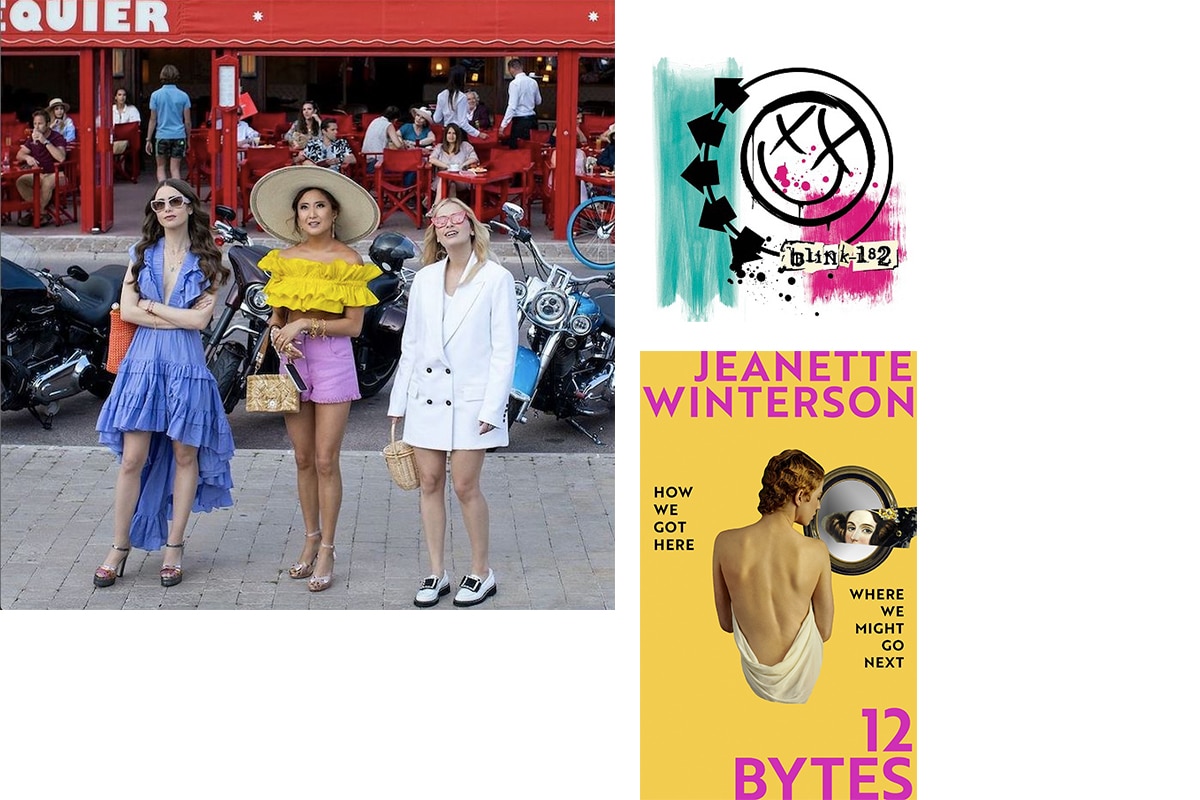 Watch… I zipped through The Witcher Season 2 whilst icing my sunburn from a weekend of swimming in the heat wave and now I’m show-less with nothing to watch until tonight’s return of Emily in Paris. Cringe and problematic as Emily may be, who could resist a bit of Paris escapism especially after wrapping up a second year of pandemic calamity. Tuning in for virtual trips to the French Riviera and all the picturesque hot-vax-summer Emily in Paris season 2 has to offer.

Read… I can never not find something in Berkelouw Paddington, the way they curate their store never ceases to deliver on good reads no matter the mood. My latest find, 12 Bytes by Jeanette Winterson - delves into a history of artificial intelligence, using ‘how we got here’ to speculate ‘where we might go next’. Not entirely a scientific  exploration of the topic but an interesting read from a human perspective of how AI shapes how we live, create and how AI will continue to affect many different facets of what it means to be human.

Listen… I recently chopped my hair after a flick through some old baby photos from 1999 and following a spontaneous trip to the Unicorn for their famous Schnitty the other night, I really think I just wanna go back to 1999. Bring on the Blink 182 and anything nostalgic on the 90s/00s cusp. Am I having a quarter life crisis? Yes, most definitely. 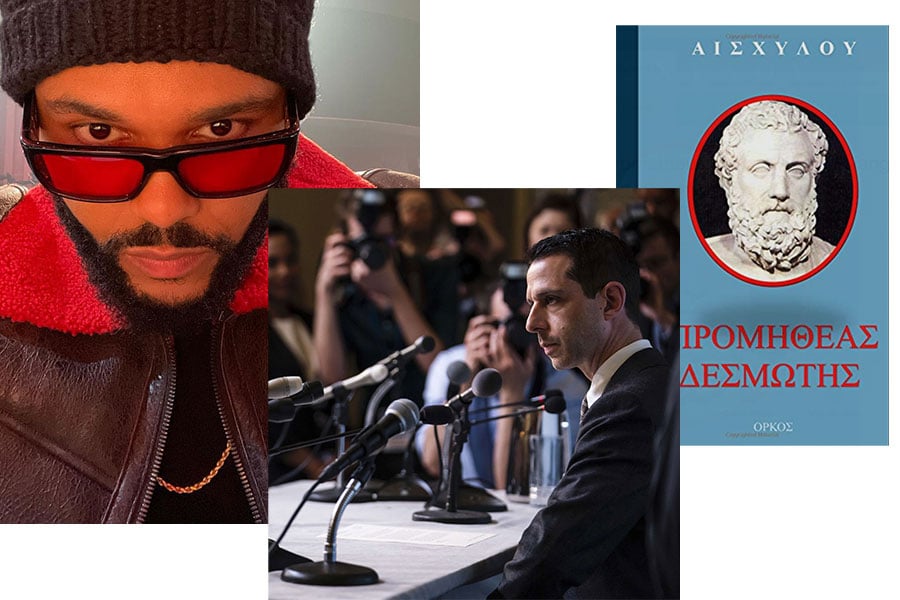 Watch… I can already hear the outcry of disappointment at how disturbingly late to the game I am, but December was the month that I finally started watching Succession, and boy, what a ride. Given I’m the one playing catch-ups, there’ll be no re-explaining of any story lines here. But what I will say is, the audacity I have developed in thinking I would undoubtedly be able to manage a billion dollar empire better than Kendal Roy is laughable. Someone needs to put me in place, stat.

Read… I haven’t had as much time as I would have liked to dive into my book lineup this month, but one thing I have been trying to do consistently is retrain my Greek reading skills. It hasn’t been easy, but the one thing I’m always reminded of with language is that once you start again, it begins to feel like second nature. Here’s hoping that by the time I finally get to Greece again, I’ll be fluent!

Listen… This month, I’ve had a weird obsession with The Weeknd – to confirm, more than usual. I’m talking albums on repeat for hours. Not quite the hot summer vibe I thought I was going for, but it’s been working. Maybe I’m still mourning his relationship with Bella Hadid? Stay tuned to see where I land next month.

PREVIOUS
2021 has been the year of Timothée Chalamet, and we're rounding up his best films to date
NEXT
The RUSSH editors take you inside our Christmas party and share the festive season essentials

Britney is free. Paris is walking for Versace and now this? Nature is well and truly healing.