While we wait anxiously for the return of Bridgerton to our living rooms, we can only ask, please give us more chaotic period dramas to fill the void. So it is with pleasure that we have come across a TV adaptation of The Pursuit of Love.

The BBC production, created by Emily Mortimer has just seen the release of its first trailer, and the show is everything we could have hoped it would be: English countryside, some fabulous dresses and the story of sexual awakenings.

What is it about?

Lily James, a period drama favourite and star of Rebecca and Downton Abbey, is the lead, Linda Radlett. Linda, along with her cousin and best friend Fanny Logan are on the hunt for love and marriage. Set in England, at a time between the two World Wars II, the women set out on a series of adventures - or misadventures rather - in the pursuit of finding husbands. Fanny is more practical, whereas Linda lives for the drama. Set against the backdrop of social and political divide, we follow this pair as they navigate youth, love, friendship and sex.

A mini series, The Pursuit of Love comes to us in the form of a three-part series, based on Nancy Mitford's classic novel. 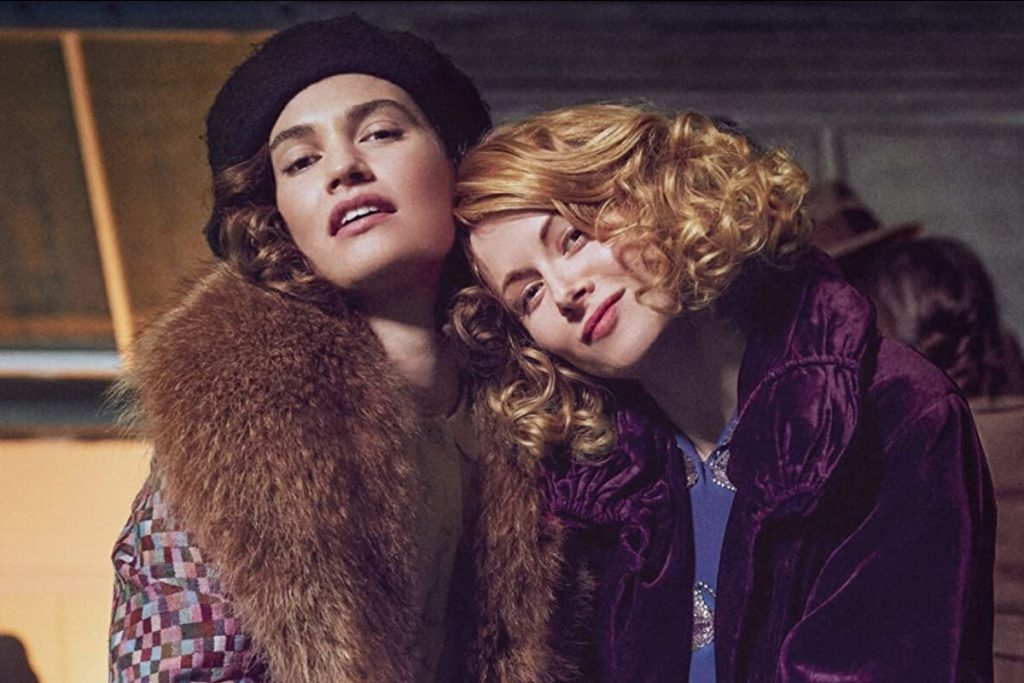 Who's in The Pursuit of Love?

The cast also features Emily Beecham at Fanny Logan; creator Emily Mortimer as Fanny's mother known as The Bolter; Andrew Scott as Lord Merlin; and Dolly Wells and Dominic West as Linda's parents Sadie and Matthew Radlett. It's interesting - if not slightly awkward - casting given that Dominic West and Lily James had a rather unfortunate public affair. Ignoring that small but chaotic fact, the cast is an impressive list of classic thespians in a new retelling of a canonic story. We're sold.

When is The Pursuit of Love coming to screens?

We'll be seeing this one on the BBC One from May 9 2021. Each episode will air a week apart. If you have Amazon Prime, you'll be able to watch it there too.

PREVIOUS
Yoko Ono has a new exhibition, and you can view it across the UK
NEXT
Holiday Sidewinder's new song 'Into The Universe' is a psychedelic dreamscape