Over the years, Sundance films have become a genre of its own. It's a category associated with independent cinema and sun-flecked scenes of young people coming of age. For the past two years, the festival has had to adapt to an online format, however in 2023 it made its return to the foothills of Wasatch Range. Now that Park City is beating with the excitement of fresh cinema once more, we're bringing you 10 films at Sundance that we're hanging out to see in 2023. 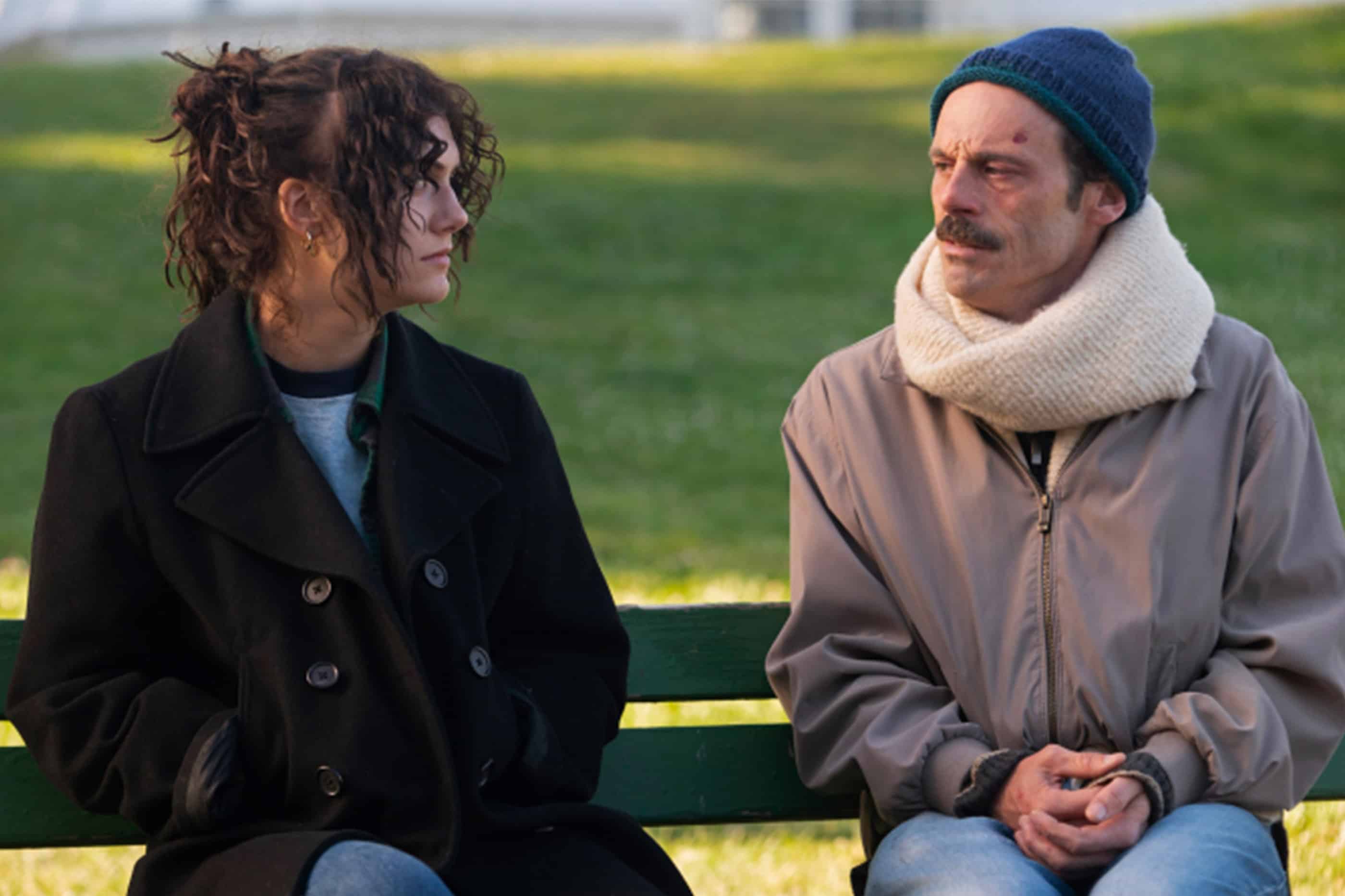 To slap this Sofia Coppola film with the foreboding AIDS drama sticker doesn't do it justice. Adapted from the memoir of Alysia Abbott and with a script written by Andrew Durham, a gay man who like Abbott also lost his father to the AIDS crisis, this tale is placed in the right hands and it shows. While earlier films use idols like Rock Hudson and Freddie Mercury to portray the epidemic, like hit series It's A Sin, Fairyland zooms in on the ordinary and invisible lives that were devastated by the virus. Told from the unseen perspective of a father-daughter dynamic that begins in a queer 70s commune in San Francisco and ends in New York City, Fairyland tenderly tracks Alysia's experience of love, resentment, grief and caregiving in tandem with her father's roaring life and sudden decline. A reminder that coming-of-age stories are Coppola's territory, with a cast comprising of Scoot McNairy, Emilia Jones, Maria Bakalova and Geena Davis. 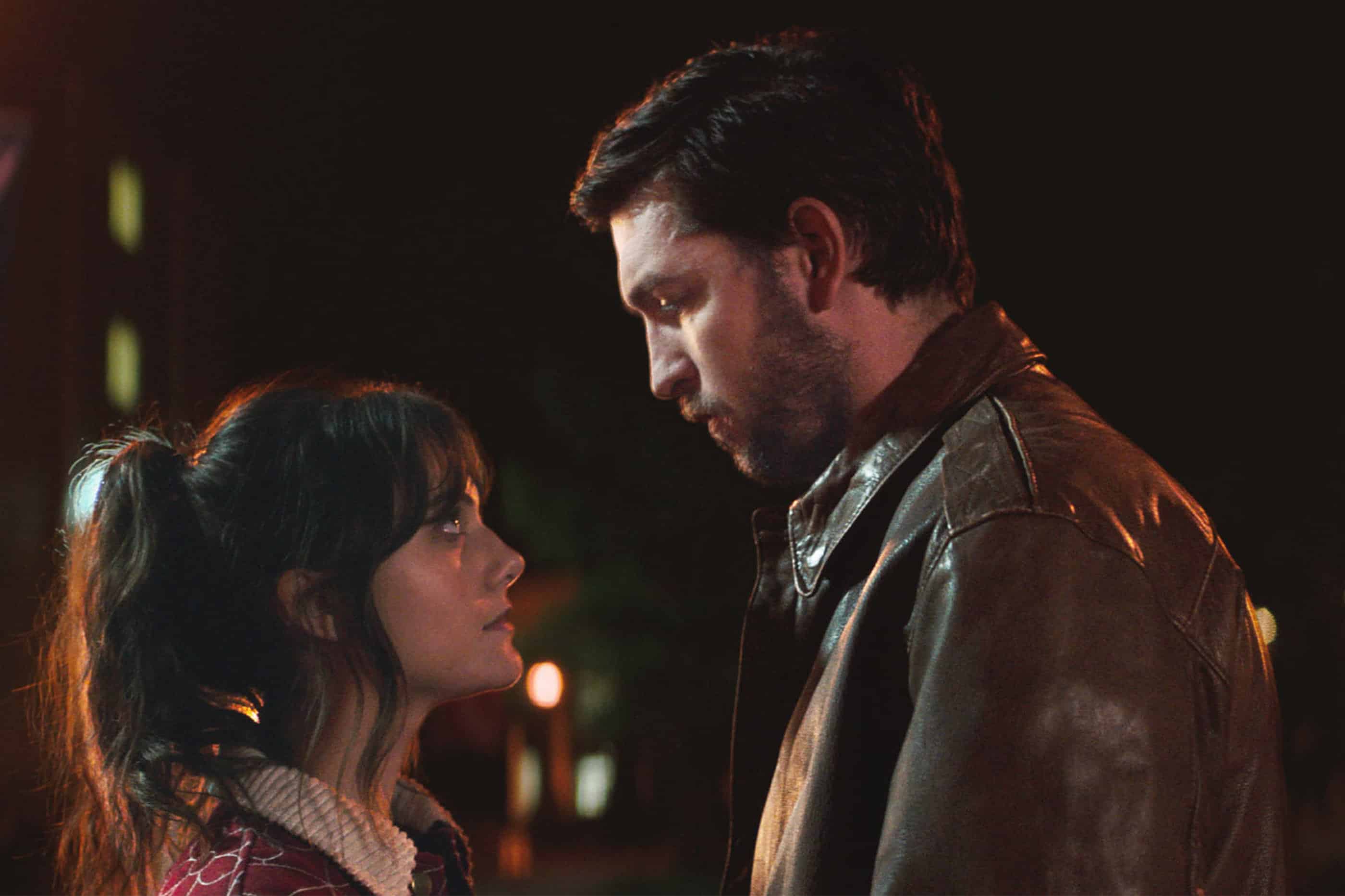 Emilia Jones is racking up a presence at Sundance. It was only two years ago that Jones was recognised at the festival for her role in Oscar-winning film CODA. Now, in 2023 the actor is representing both Fairyland and Cat Person. The latter is another adaptation, this time based off of Kristen Roupenian's viral New Yorker short story of the same name published during the height of Me Too that floored readers for its sharp portrayal of modern dating and power dynamics. While critics are so far divided, their harshest words are not for the actors, instead for the way the film drifts from the deliciously ambiguous source material into cutesy, gimmicky territory. Either way, with Jones, Geraldine Viswanathan of Bad Education and Nicholas Braun onboard, we're certain it's a worthwhile watch. 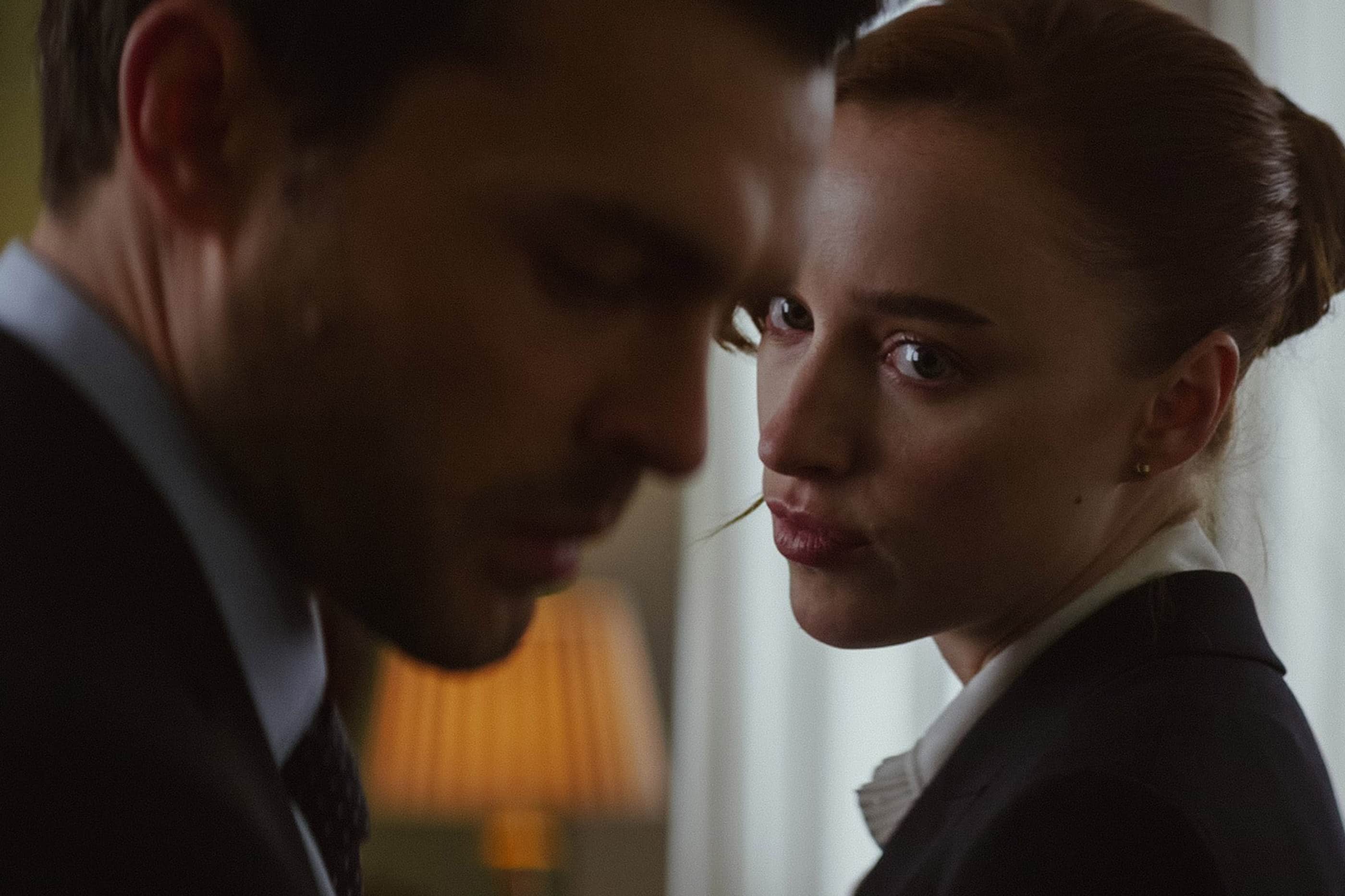 A film that was quickly snapped up by Netflix following its buzzy Sundance debut. Fair Play almost acts as a response to 80s and 90s films like Fatal Attraction and stars Netflix alumna Phoebe Dynevor and Alden Ehrenreich as a young couple insatiable for one another, who also happen to work together as analysts in the cutthroat world of finance. Forced to keep their relationship secret in line with company policy, when Dynevor's character Emily gets promoted above Ehrenreich's Luke, the tension seeps back into their romantic life manifesting in darkly thrilling ways. Director Chloe Domont navigates gender and power dynamics with a light touch, making it one of the more compelling post Me Too titles. 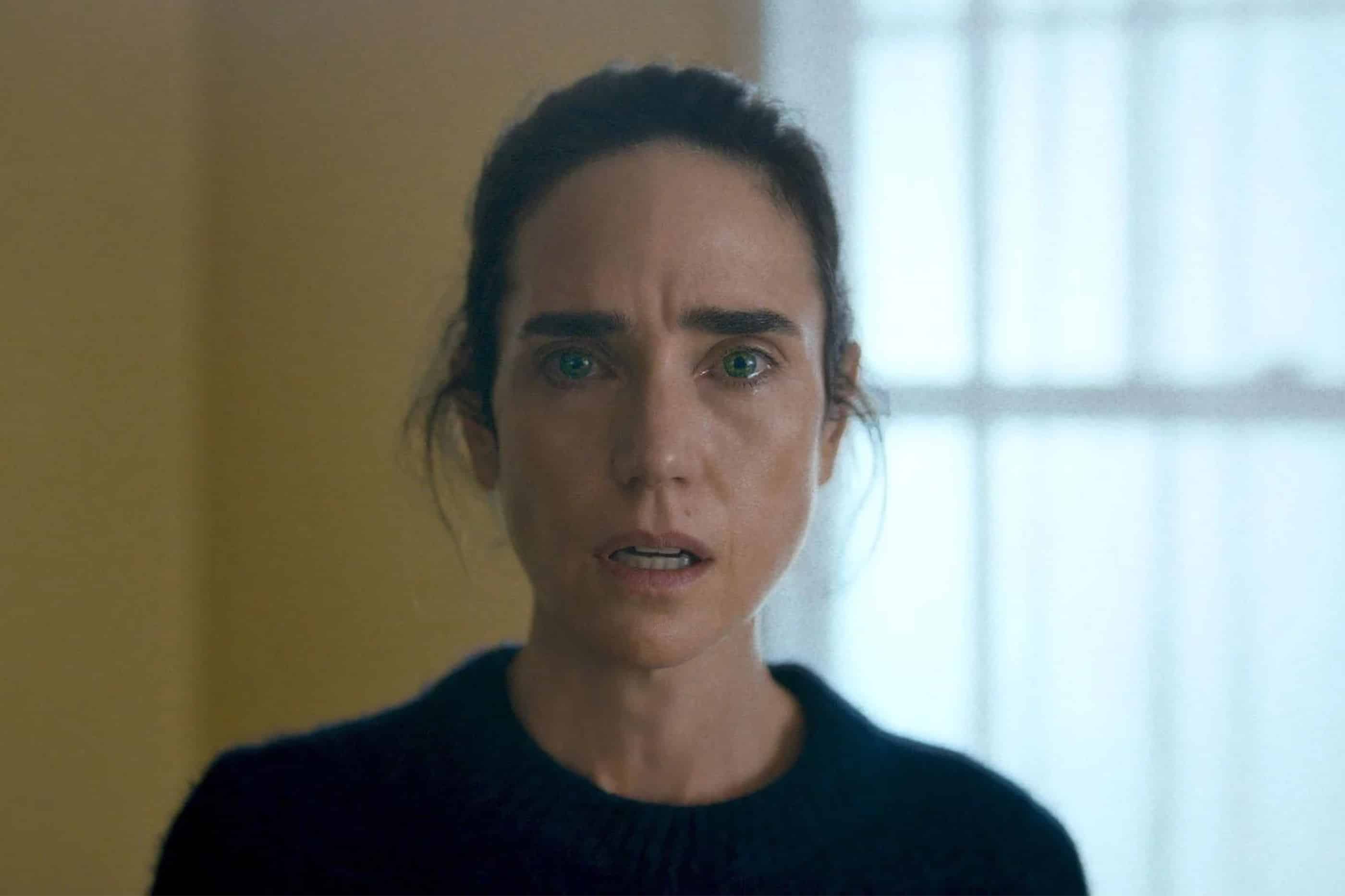 The directorial debut of Alice Englert, who you may know as Jane Campion's daughter or her role in Ginger & Rosa, follows Jennifer Connelly and Englert as a mother-daughter duo who are separated for the first part of the film, with Connelly at a wellness retreat and Englert in New Zealand on set as a stunt woman. It's said to be laced with dark humour and critics have commended Englert on her original eye. 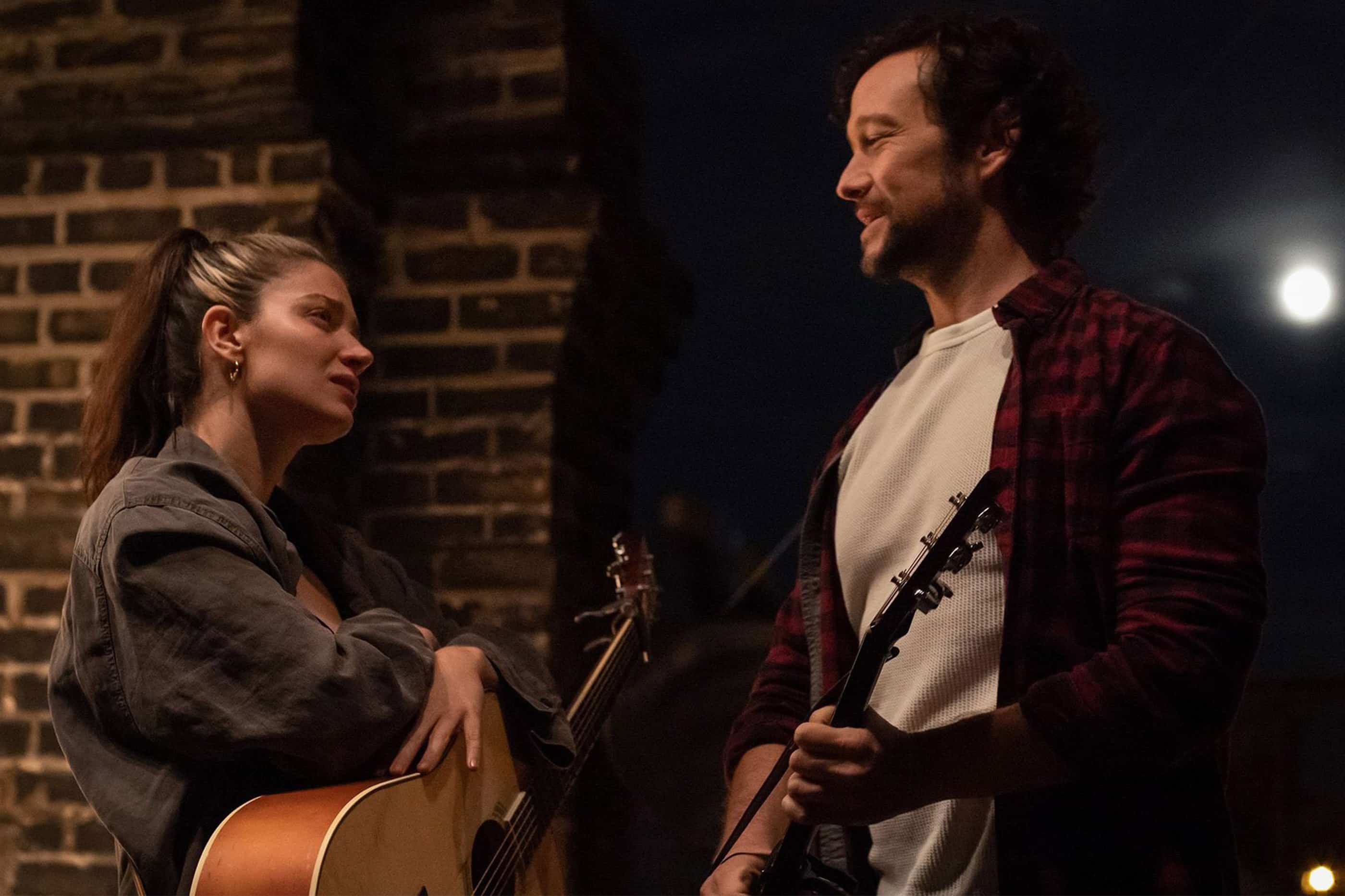 Speaking of children of famous people, Eve Hewson plays Flora, a single mother in Dublin who has done away with personal aspirations long ago. She works a childcare job minding other people's children out of necessity, meanwhile her relationship to her own son Max is fraught. When she comes across an abandoned guitar intended as a present for Max, she takes up online music lessons with a teacher from LA, played by Joseph Gordon-Levitt, a move which unexpectedly brings her and Max together. From all accounts, John Carney's film had its Sundance audience whooping as the end credits rolled. We can't wait to see it. 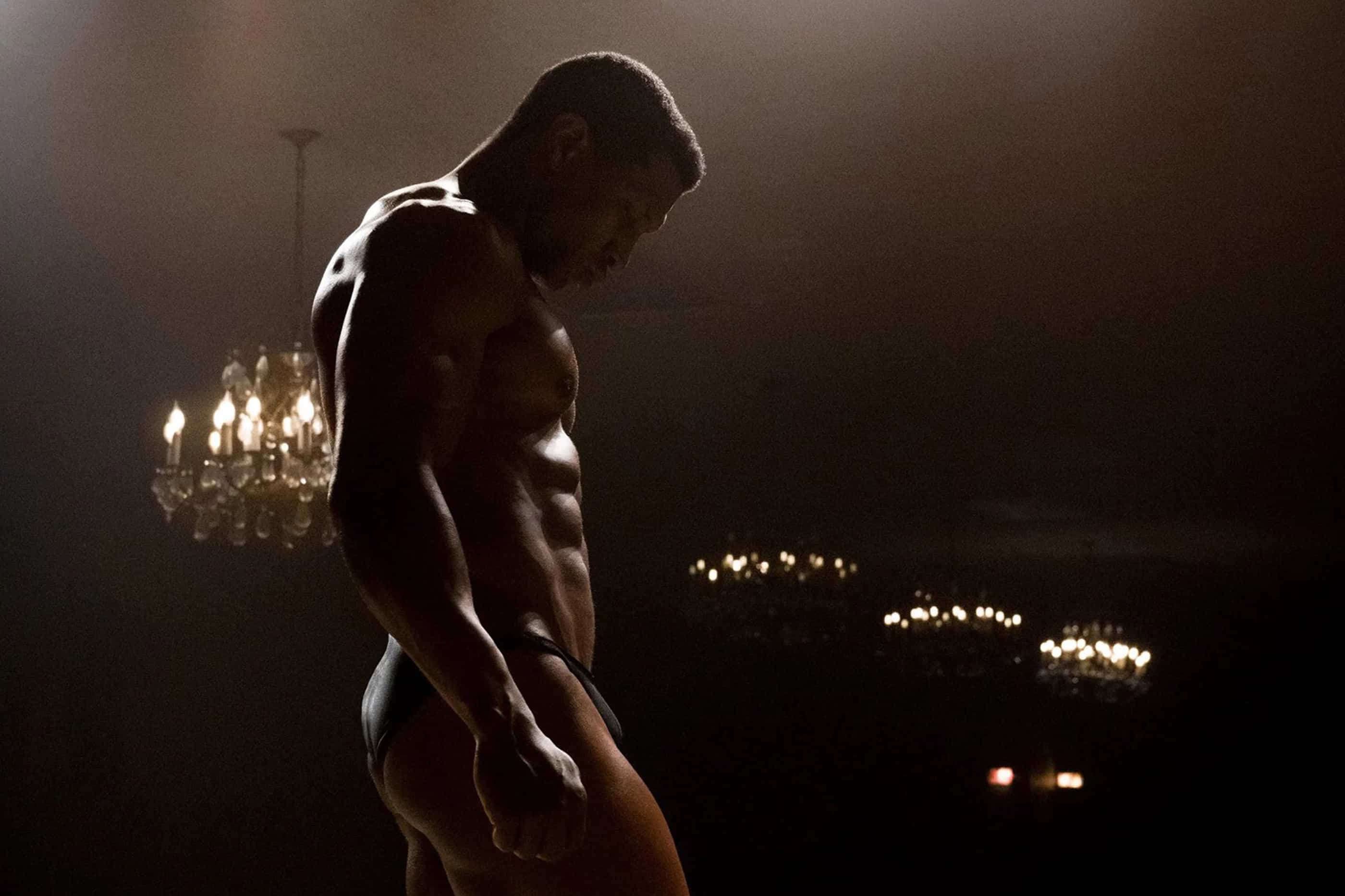 Jonathan Majors throws audiences a ticking time bomb with Magazine Dreams. Its protagonist Killian Maddox is between a rock and a hard place: he's a Black man in America, one living in a food desert on minimum wage who is saddled with the job of caring for his deteriorating grandfather while ignoring the trauma trail left by his own father. It's bleak, but it's not the worst of it. He's putting his body on the line to achieve a bodybuilding dream and in turn, some semblance of greatness. Everything we know tells us this could end in myriad ways, none of them good. 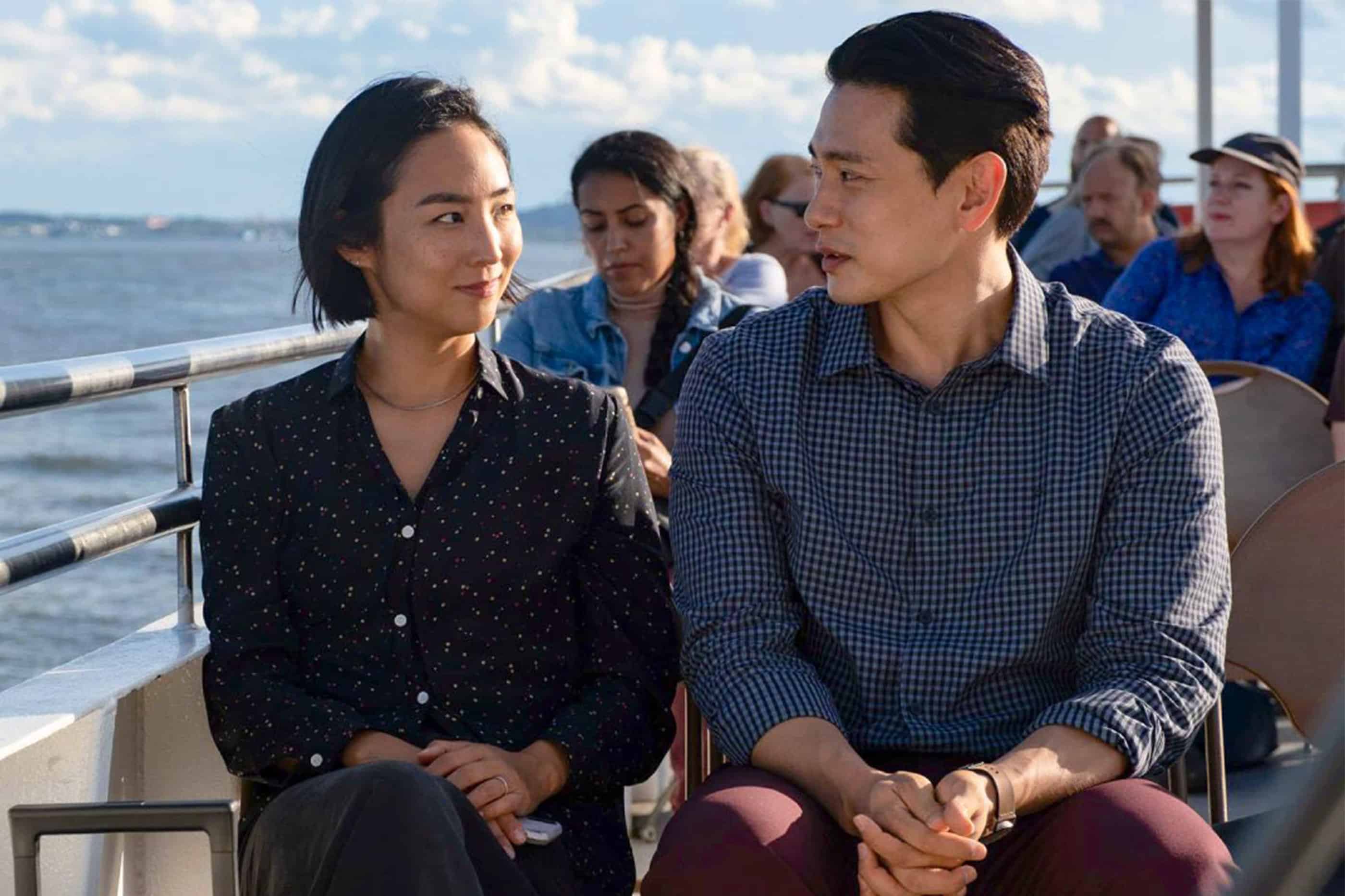 Playwright Celine Song makes her deeply romantic debut, tapping Greta Lee and Teo Yoo in this A24 produced film about the possibility of love across three decades. When we first meet Nora, played by Lee and Hae Sung, played by Yoo, they're classmates at a primary school in Seoul. Before feelings can fuse, Nora is whisked off to Canada and it will be twelve more years until the two reconnect through social media by which time Nora is studying in New York City. But it would be another twelve years until they meet in person, when Hae Sung spends three days in New York. Although they are completely changed, they're bounded by a long tended intimacy. 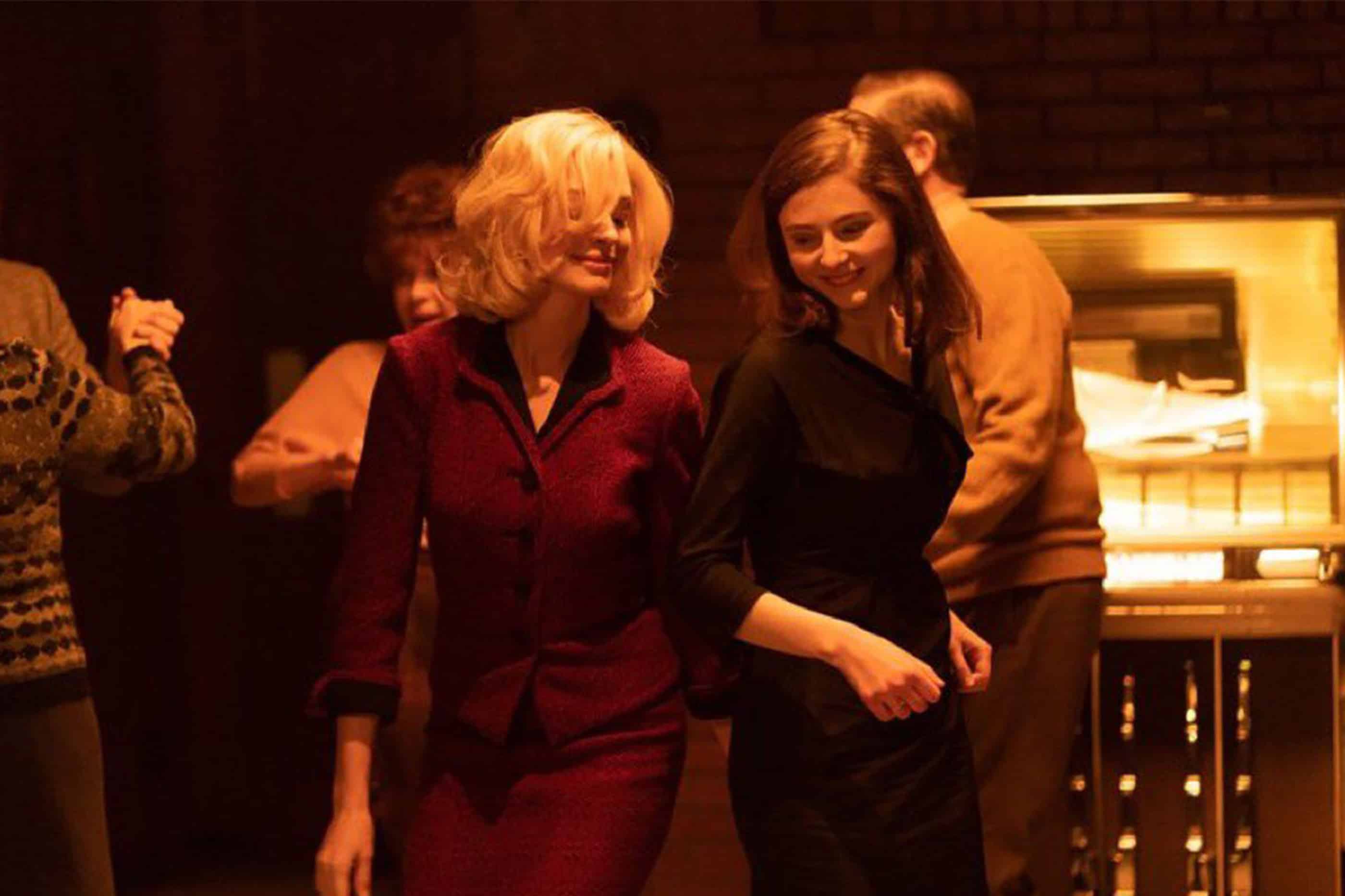 The best thing about the film is that the script was written by its author Ottessa Moshfegh and her husband Luke Goebel. Set in a bleak New England town in the mid 1960s, like My Year of Rest and Relaxation, the plot follows another female anti-hero: Eileen Dunlop. Eileen, played by the inimitable Thomasin McKenzie is a miserable 24-year-old secretary at a prison for boys who is stuck caring for her abusive, alcoholic father. She too drinks like a fish, eats little and is grossed out by her own sexuality. When the enchanting character of Dr. Rebecca Saint John (Anne Hathaway) is hired at the prison, Eileen is drawn in and becomes entangled in the counselors dark secret. 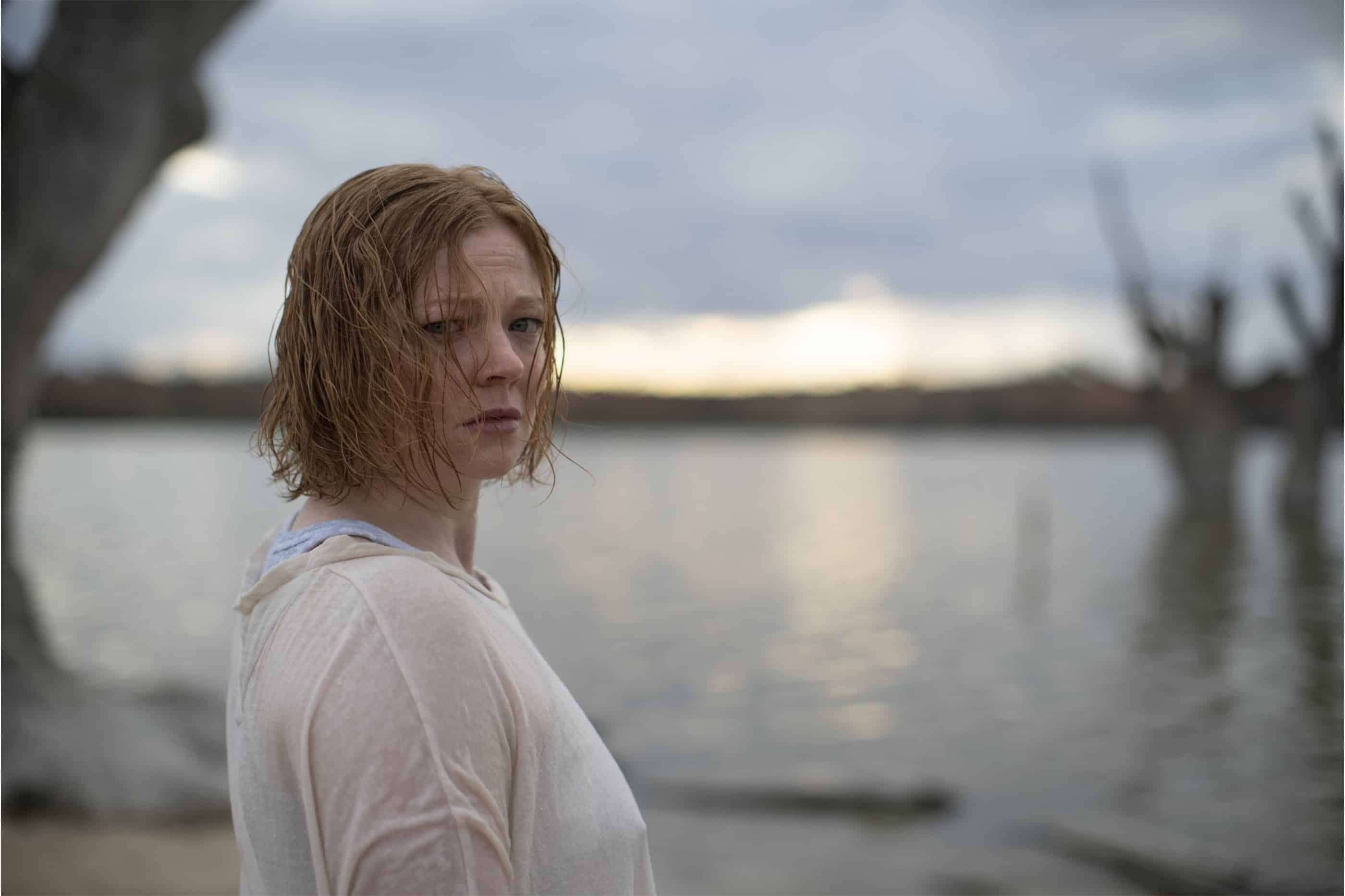 Netflix buying this Australian horror flick on the first day of Sundance was a big deal; the move set the pace on what to expect from the streaming platform who had lost hundred of thousands of subscribers in 2022, and thus money. Thankfully, independent film won't be the one to suffer from any since employed frugal measures. Which is great, because I'd really like to see whatever fresh horror Sarah Snook is serving as an outback fertility doctor on the platform. Move over Babadook, there's a new creepy Australian flick in town.

You Hurt My Feelings 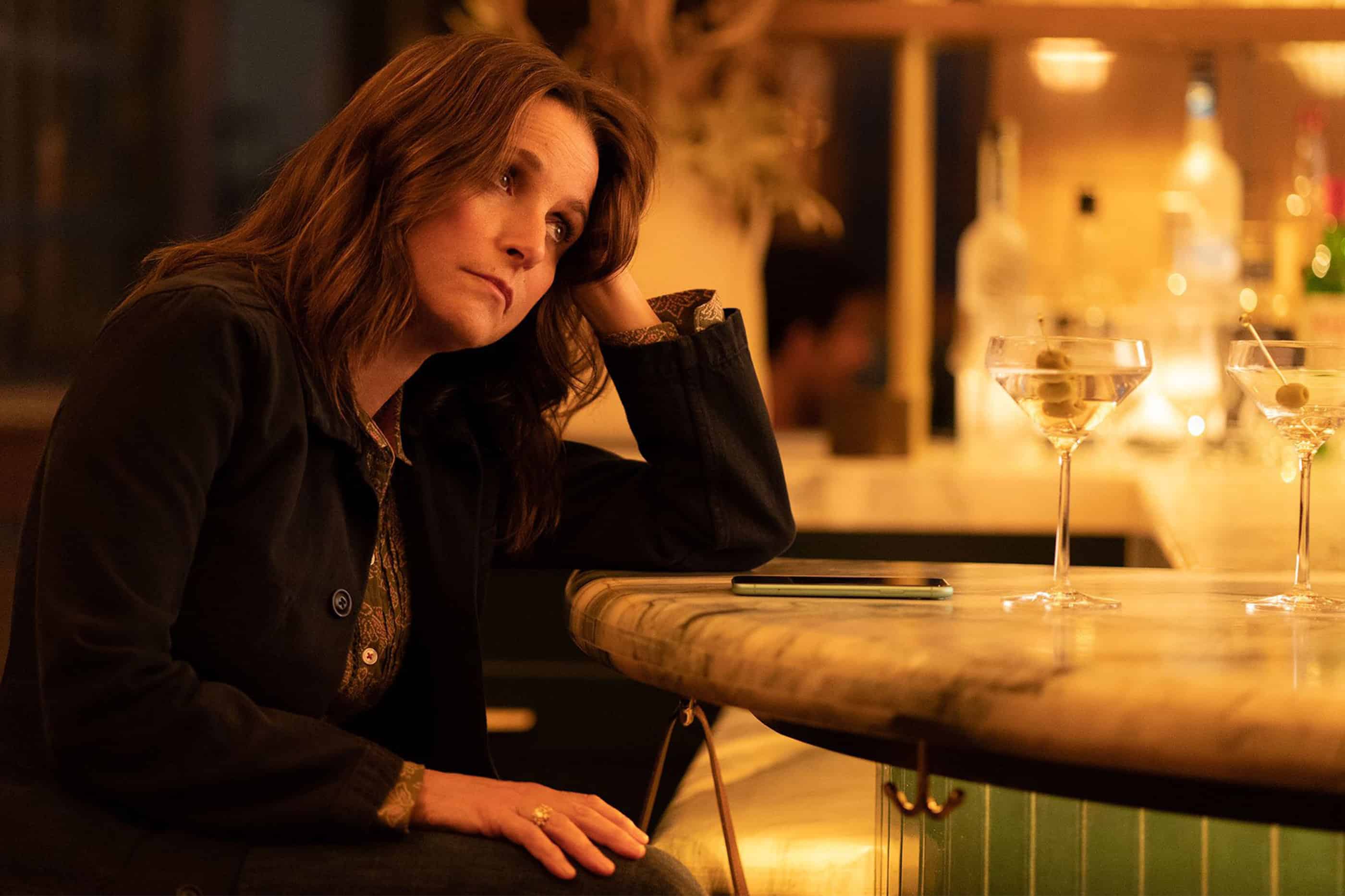 Honesty is the thread that runs through each relationship dynamic in Nicole Holofcener's You Hurt My Feelings. Do we require honesty in our romantic relationships, and if so, to what degree? This question is expertly asked with its main couple Beth and Don. Beth is a writer whose memoir was well-reviewed but not widely read. As she crafts her first novel, she shares the drafts with her psychologist husband, Don, who is supportive of her and her work. When Beth overhears Don tell her brother-in-law that he dislikes the book and is tired of reading each draft, something inside her breaks.

PREVIOUS
Channing Tatum is currently working on a... romance novel?
NEXT
The 2023 Oscars nominations are in – here are the snubs and surprises