Is it possible that there will ever be a better era of movies than the 90s? I, for one, highly doubt it. 90s movies are eternal. Tales of the journey to self-discovery, against the backdrop of modern life and high school - it's a recipe for the ultimate rewatchable film.

So, we've been very excited to hear that one of our all time favourite 90s movies is being remade. She's All That is getting a reboot, but this time the genders will be swapped. According to Variety, the new film is called He's All That and consider us very, very ready for this.

The reboot of the 1999 classic will star Addison Rae Easterling, who rose to fame on Tik Tok. Mark Waters, the director behind the likes of Mean Girls and Freaky Friday is on board as the director.

The original film happens through the eyes of Zack Siler (played by Freddie Prinze Jr), an affluent teen and the most popular boy at school. After his equally popular girlfriend, Taylor Vaughn breaks up with him, he makes a bet with his friends that he could make any girl at the school just as popular - and even the new prom queen. They settle on the artsy and angry Lanie Bogs played by Rachel Leigh Cook. 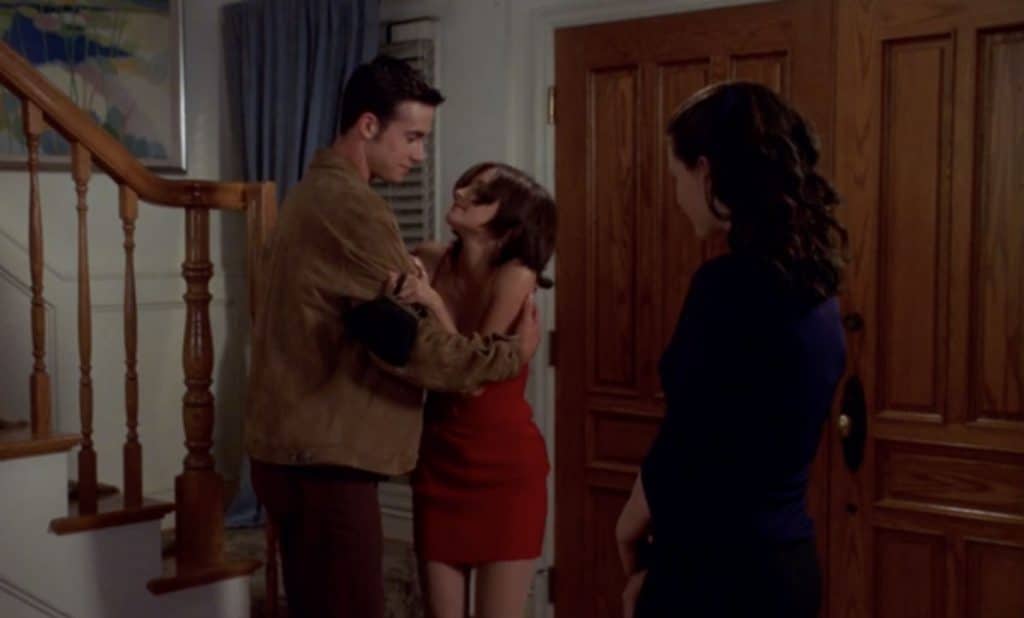 The new movie will follow the same story but from a female perspective. Addison Rae will be the lead, taking on a female adapted version of the Zack Siler character – teen influencer, Padgett Sawyer. Starring alongside her is Cobra Kai's Tanna Buchanan, who will play 'nerdy boy', Cameron Kweller; who Rae's character tries to transform into prom king material. Kourtney Kardashian has also hinted that she'll be featuring in the She's All That remake, sharing a cryptic image and caption to her Instagram feed.

Although this means we might miss out on that iconic 90s style scene where Rachel Leigh Cook, emerges from upstairs in the red dress of our dreams, after being madeover by Anna Paquin's character (pictured above) - we are still absolutely here for this movie. Below, we have our first look at the highly-anticipated remake.

Don't worry, the reboot won't lose any of the charm of the first film. The writer from original story, R. Lee Fleming will also be the writer for the new movie. Original producers Jennifer Gibgot and Andrew Panay are set to return too. It's even being made by the same studio - Miramax.

The story itself is a timeless one, a tale we've seen in many forms. It stems from George Bernard Shaw's Pygmalion, the tale of cockney Eliza Dolittle who receives a 'lady' makeover courtesy of society man, Professor Henry Higgins. This story of course was the inspiration for My Fair Lady, and more recently, Pretty Woman.

We're yet to receive any details on the rest of the cast, or the potential release date, but watch this space.

PREVIOUS
Holly Ryan on creating new interiors, her seasonless approach and celebrating 10 years
NEXT
Hear Janelle Monáe's new song 'Turntables' in new documentary 'All In: The Fight For Democracy'