Rick Owens, the reigning king of obscure and genius fashion moments, has seemingly got a thing for shoe collaborations. Last year it was Veja, earlier this year it was Converse, now its Rick Owens X Dr. Martens - a recently released combat style boot named the 1460 Bex, a shoe rooted in memories of Owens youth.

Firmly planted in the California punk scene as a teen, Owens connection to Dr. Martens dates back to rowdy shows and the brands iconic yellow-stitched track soles, which have now transcended the years and become reiterated in the duo's collaboration. A classic Dr. Martens combat style boot is reimagined with contrast white laces secured in points around the silhouette of the shoe, forming a shape reminiscent of a pentagram. A zipper, positioned on the inner parts of the boot allow for easy access - the lacing purely decorative in function. 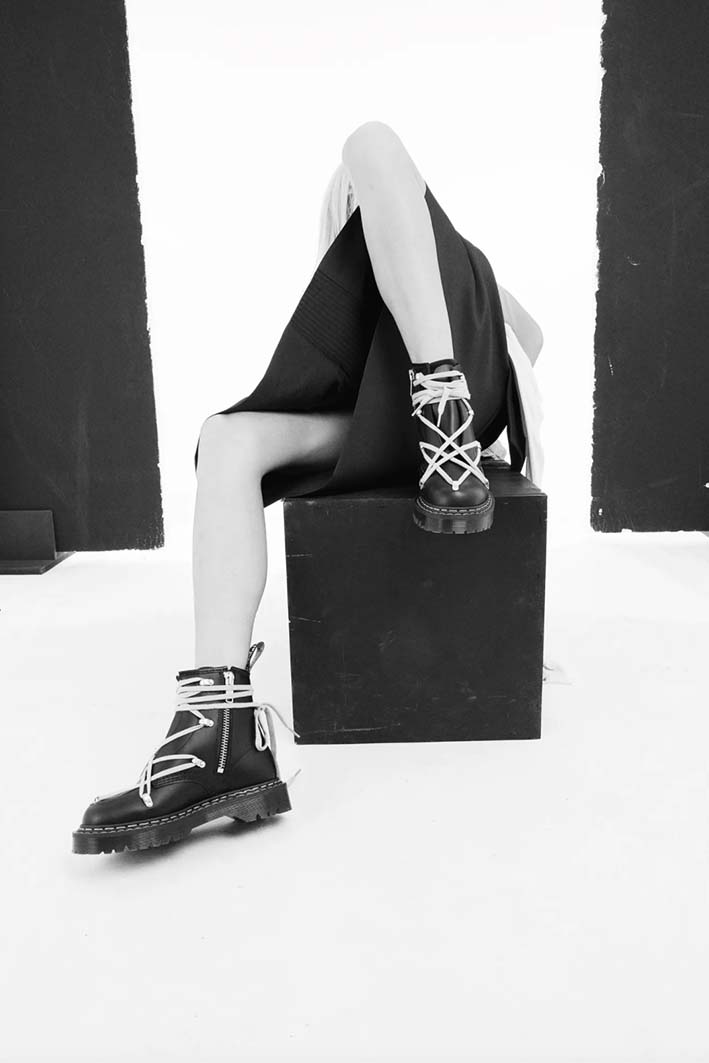 “When I was a teen and becoming physically aware, I saw how a tightly laced ankle leading to a broad solidly planted food had a simple, modest, industrial masculinity — almost like a corset between a muscled calf and a sturdy foot that acted as a stoic ballast." Owens said in a statement, "DMs exemplified this the best. I saw them on all the guys flying through the air at the shows I went to then...Fear...Black Flag...The Screamers...Alien Sex Fiend. Dr. Martens became a symbol of a raw and sweaty vitality that I thought I might be able to pull off...and for a minute, I think I did...Coming full circle to partner with Dr. Martens 40 years later leads me to lacing them with pearl-colored cotton laces in a geometric pattern that I use often as a symbol of our eternal collective search for rational order; signs of hope and an affectionate blessing on the perpetual recklessness of youth.” He explained.