Miu Miu has been having a very good year. From an internet perspective, it's been a while since a single piece went as viral as the Miu Miu mini skirt of Mrs. Prada's SS22 collection with all of its different iterations of crop tops in tow. From a fashion perspective, the past two collections, SS22 and FW22, have been received triumphantly and with excitement. Now, Miu Miu releases the campaign for the Day/Night collection, a sultry, sporty mashup of the same themes we've been seeing (and loving) over the seasons.

It is said that Miuccia Prada is on somewhat of a pilgrimage to rediscover and rework the Miu Miu identity, and it would be a lie to claim that it wasn't being lapped up far and wide. For Day/Night, she continues this journey, nodding to subversion and the idea of rebellious youth to tease out who the Miu Miu woman is. 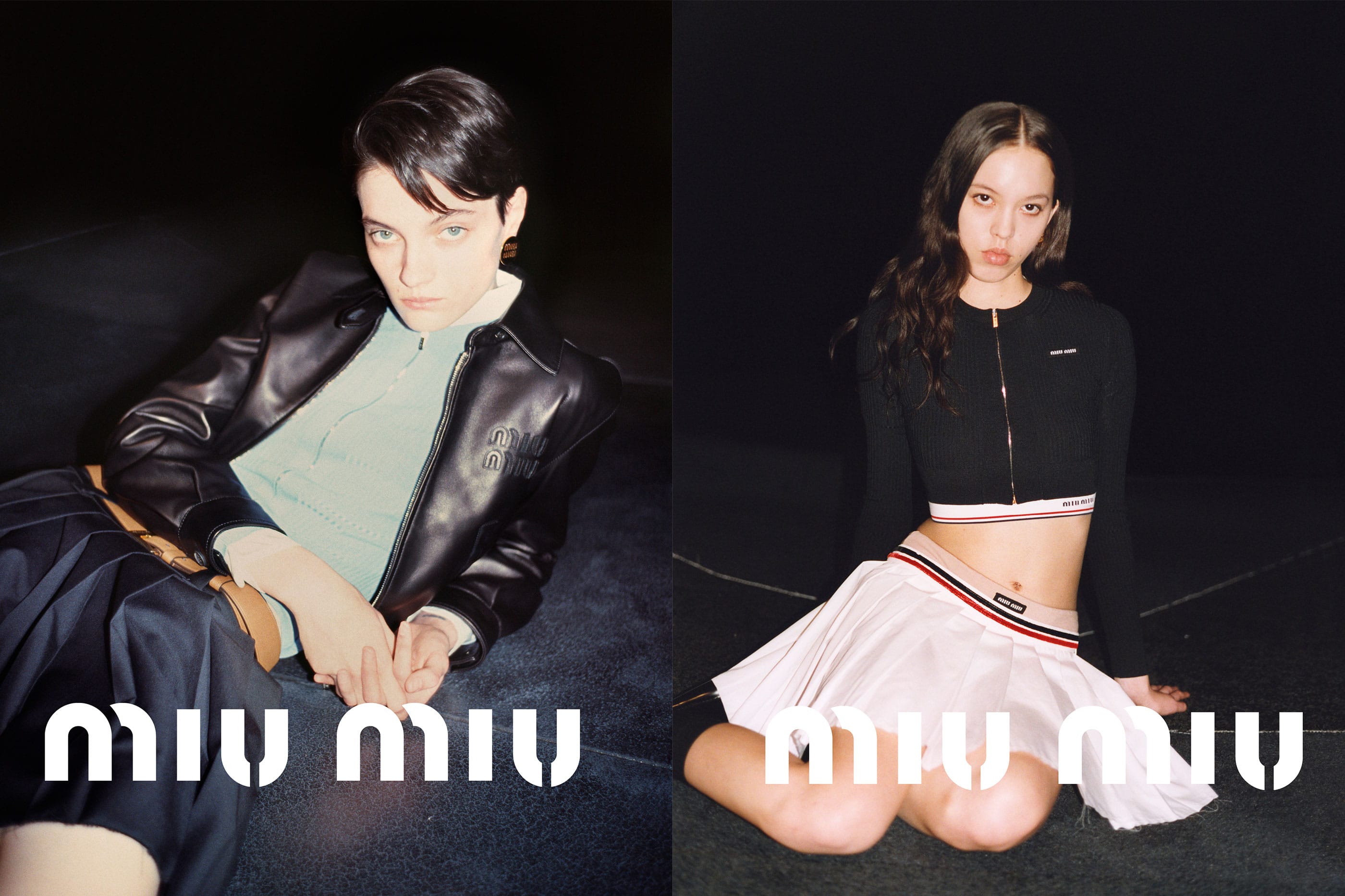 They are the same codes we have always known Miuccia to make so well. Daywear is spliced with nightwear; glitzy pale pink halter tops and pencil skirts are paired with loafers that have been reworked into a kitten heel, layered over scrunchy grey knee-high socks. A long-line pleated skirt that a particular fashion girl might wear to the office is paired with a bomber and button down, both of which are slashed above the torso, in new but familiar Miu Miu fashion. The white tennis skirts, clad with racing stripes that sit low on the hips from the FW22 collection are there, layered with sweet cardigans. 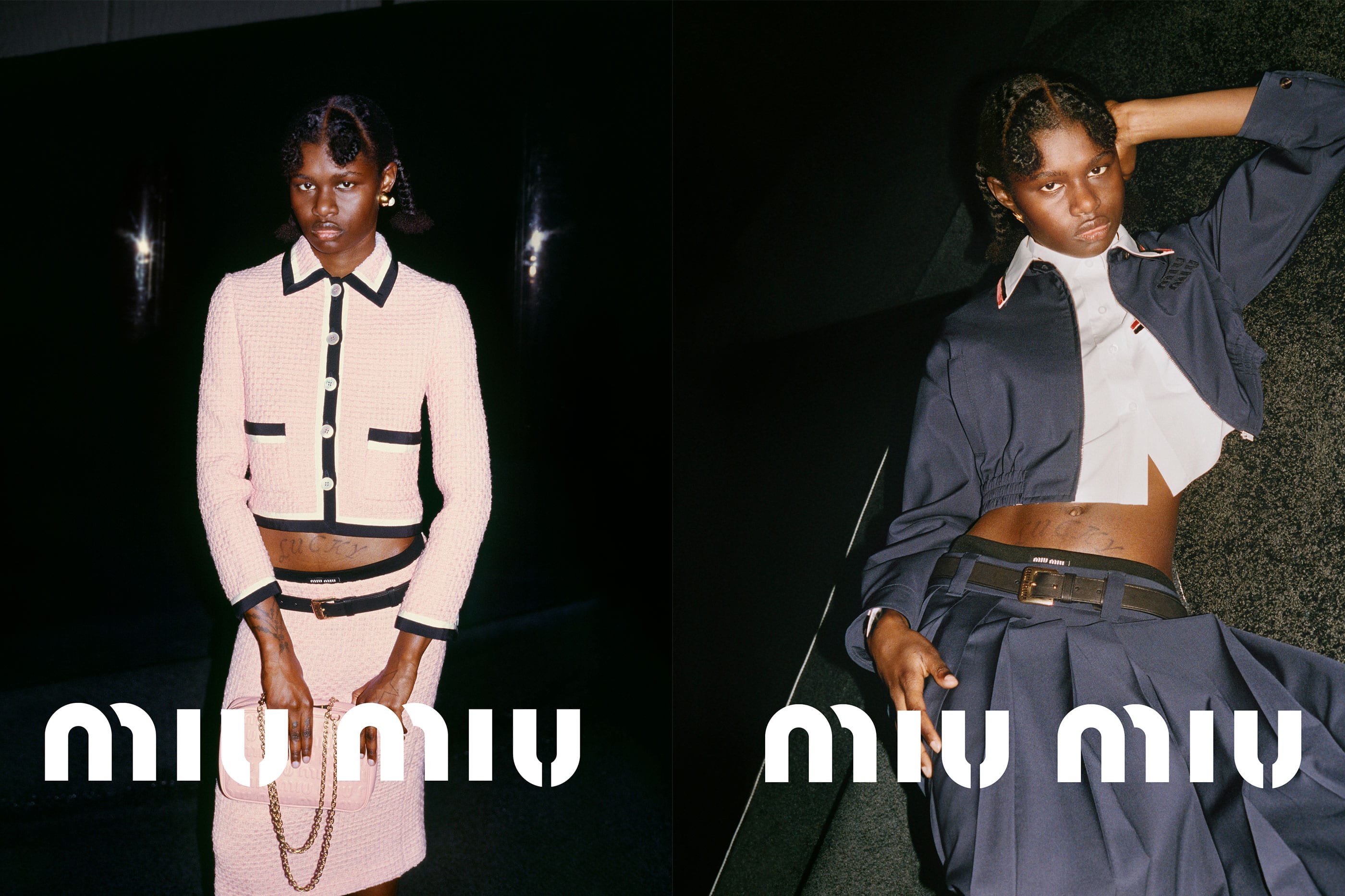 For Miuccia, it is a "play between innocence and experience", clothes that are just the right amount of functional while maintaining the Miu Miu spirit, never leaning too far into uniformity from a tactile perspective. One can live and play in these clothes, but they are not to be confused with the average pair of denim jeans.