For production and publishing house, A24, nothing is too weird. Which is why it comes as no shock at all to learn that the studio’s publishing arm has released its first cookbook, Horror Caviar, a horror-inspired cookbook with recipes and essays on the influence of food on the genre of horror by chefs, writers, and food influencers. Creepy and iconic!

My personal lord and saviour and modern horror-writing royalty, Carmen Maria Machado has included an essay titled, Horror and the Refrigerator: Nine Theses. Alongside this, is a recipe for lamb chops in marigold jelly, a la Midsommar, fish stew inspired by The Witch, and Bone & Pork Dumplings with Black Angel Hair Pasta inspired by Audition. Phyllis Ma, mushroom expert, provides a recipe for Soy Mushroom Aspic inspired by the cult Japanese horror movie Matango. 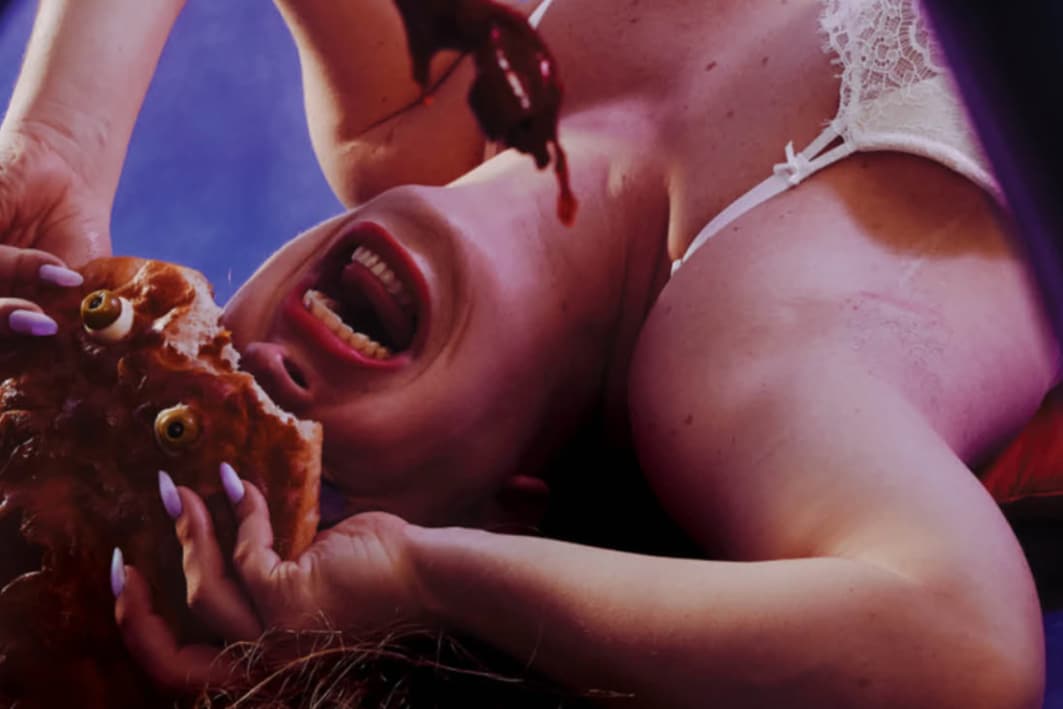 There’s an essay on the Black vampire film by Yasmina Price, of the Departments of African American Studies and Film & Media Studies at Yale. With more recipes like Snap Pea Gelatin Labyrinth inspired by The Shining, Aspic Tower Studded with Insect Candy, inspired by Suspiria, and drink recipes like Warm Vegan Horchata, Amaro and Instant Coffee, inspired by Alien. Sounds like the right cookbook for those either wanting to weird out their guests, or for those with a fine-tuned palette for creepiness.

To accompany the recipes, Horror Caviar is filled with full-bleed imagery of macabre table spreads through a somewhat dreamy lens. It's perfect, and it's available to purchase from A24’s online shop now. 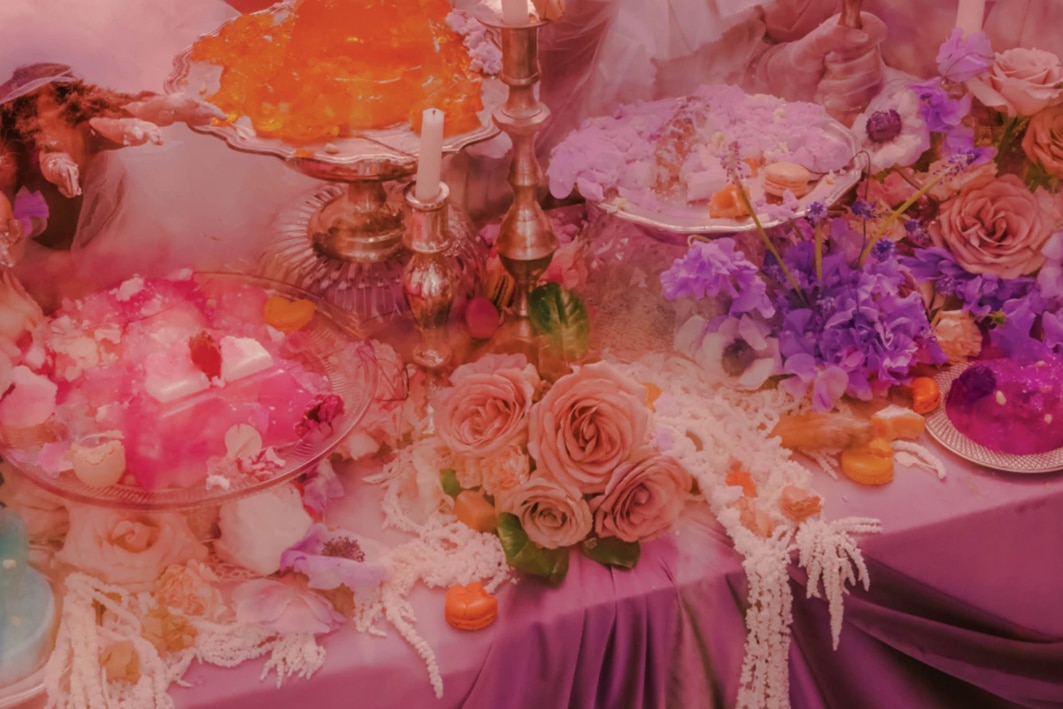 This is not A24's first foray into publishing, with a roster of popular coffee table books already in it's repertoire, like the exclusive Euphoria book it created last year with Sam Levinson et al, featuring never-before seen images by Jacob Elordi and script excerpts from Levinson himself. Just last month, A24 released a coffee table book titled, For Promotional Use Only: A Catalogue of Hollywood Movie Swag and Promo Merch from 1975-2005, which offers 165 marketing artifacts that show just how far studios go to promote movies.

The chaos of Moshfegh is getting a home on the silver screen.