New York Fashion Week is back, and with it, scenes of folks gathering in the September sun as they wait outside venues for the shows of house names and the emerging new guard. So far, we've seen Carolina Herrera bring the volume we all know and love back, Proenza Schouler gave their tick of approval for a squared off loafer and a summer anklet, Collina Strada showed an optimistic, joyful collection in Brooklyn Grange’s rooftop garden, and Peter Do's debut runway show was a tailored triumph. Today, on the final day of shows, the focus was on Khaite's SS22 collection. 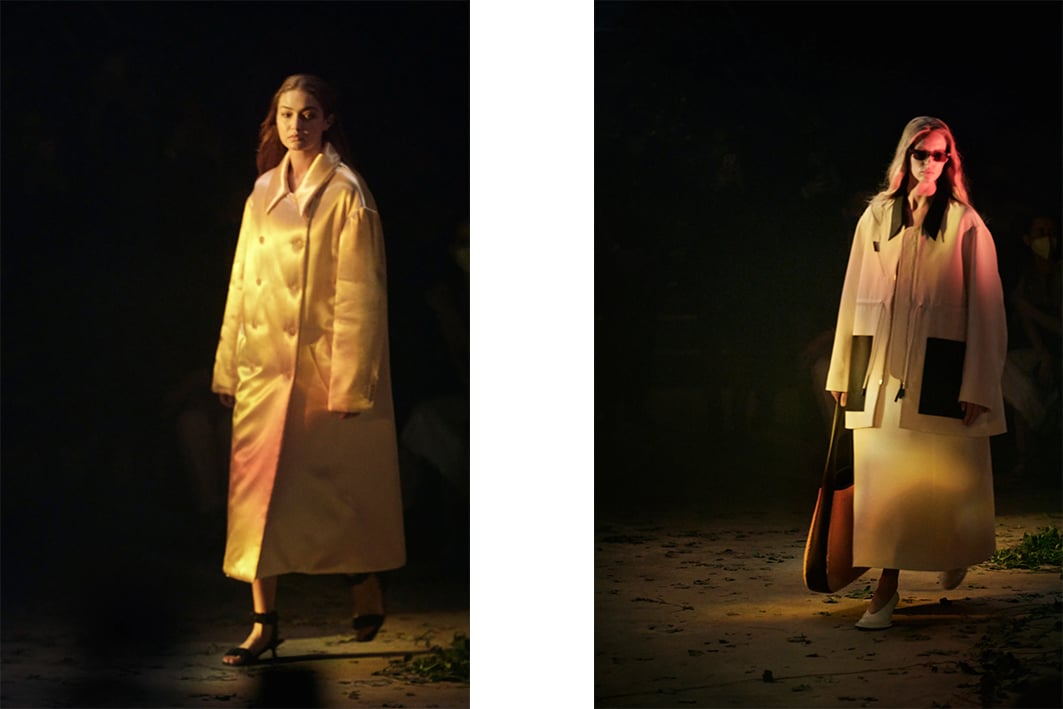 A cult favourite for so many reasons, Khaite has been ushering sexiness into fashion for some time. With their ample open backs and the famed 'bradigan', sex has been quietly 'in' from the get-go, but never so much as their SS22 show. In a low lit warehouse, where vines hung from the ceiling and covered the concrete floor, models emerged clad in quilted satin, mesh, leather and cotton. Classic Khaite silhouettes took on alternative, elevated forms with a succinct collection of soft neutral tones.

Creams, blacks, taupes, and silvers took the uptown Khaite girl into the nightlife, with mesh tulle layering and a sheer, floor length, crystal embellished backless dress that Julia Nobis closed in. The strapless bandeau top was brought back, alongside dropped-waist long sheer skirts that donned tiny thongs poking out the top. There were coats aplenty - a single breasted ivory moment that sung to upper east siders, a silver leather trench for the soho girl, a classic camel trench, an ankle length leather coat with a silver studded collar, a tan bomber worn over an evening dress, and the cream quilted double breasted satin event that Gigi Hadid opened in. 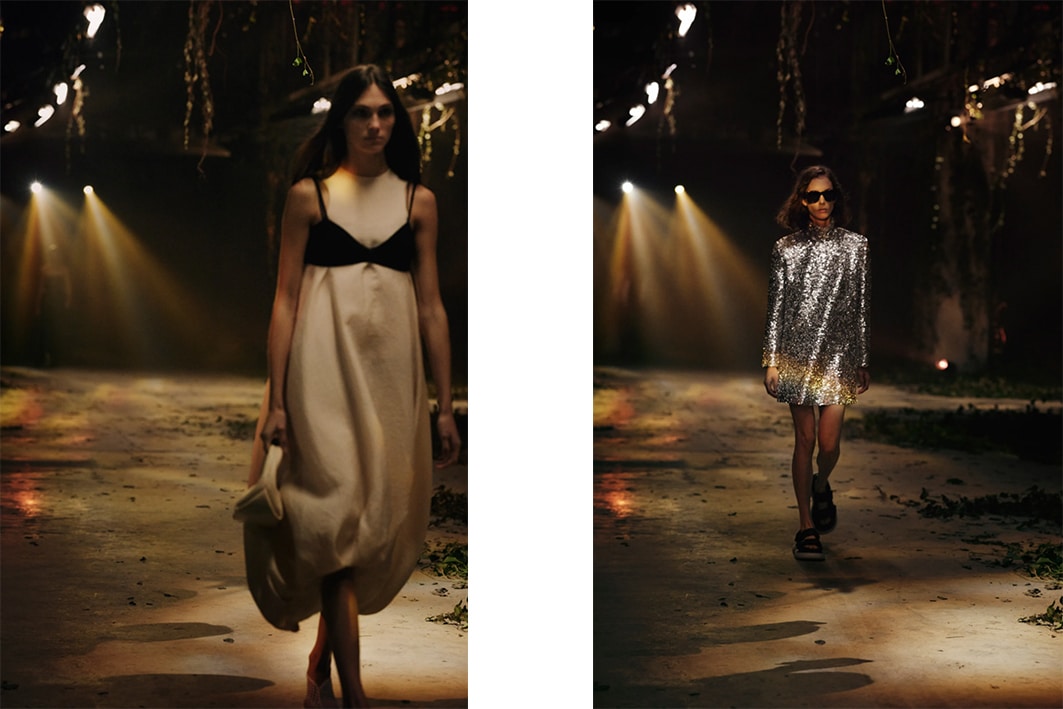 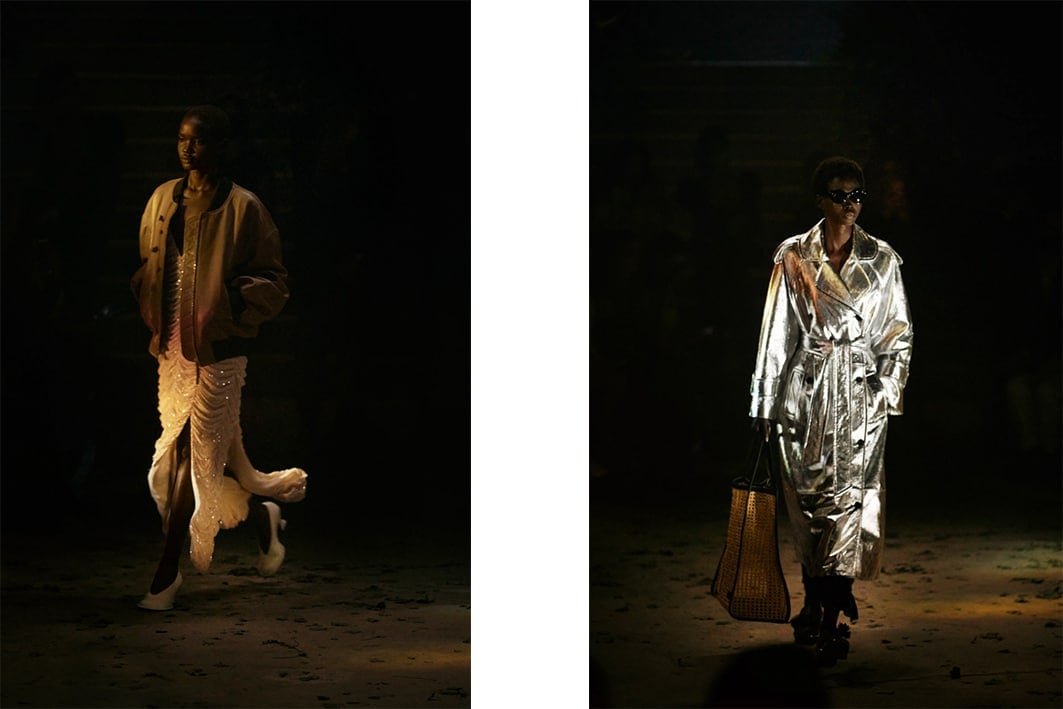 Leather bandeau tops were paired with longline skirts, as were satin and jersey pullovers and pleated peasant tops.  The cult Khaite bra silhouette appeared once again, reiterated over top of a racerback midi dress. Khaite has always done the mule right, and SS22 was no exception as slanted, inch high heels floated down the runway alongside black and white leather pumps with curved lasts and rounded toes. Cream and black leather shopper totes were offered in tandem with purses in chocolates, creams, and classic blacks.

As it often goes, Khaite is bringing sexy back in unexpected ways. Interspersed with full looks that even the most conservative of folks would feel comfortable donning, is an errant thong or completely sheer skirt to remind us that in New York, you can be both of those bitches. In comparison to those who are re-ushering sex in from an overt perspective, designer Cate Holstein is doing so with unparalleled restraint. So much so, that when injected into collections heady with refined elegance, it feels like the most salacious of moments that only few may behold. If this is the new age of sex in fashion, sign us up. 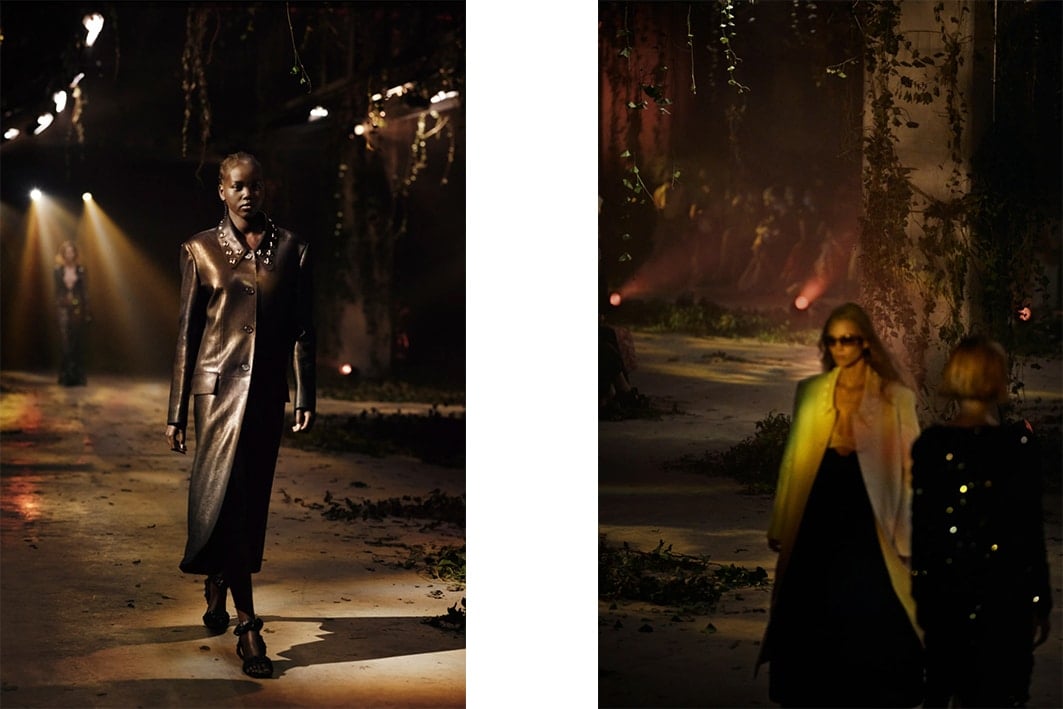