What kind of choices does the modern bride make? Her own, of course. What kind of choices does Simon Porte Jacquemus make? Ones that see him move away from being synonymous with an Instagram brand and forge his own path in fashion. Which is exactly what the designer has done for his FW22 show, Le Papier, which was presented in a salt crystal quarry in Camargue park in Arles at the tail end of men's week in Paris.

Most of the time, it feels like it's Jacquemus' world and we are just living in it. The news that droves of buyers, editors, stylists and bloggers trained it to the South of France at the end of fashion week to witness Jacquemus' models stride down a runway carved into rocky, salty hills, only solidifies that despite marching to the beat of his own drum time and time again, the fashion crowd will always be there to hear that beat. 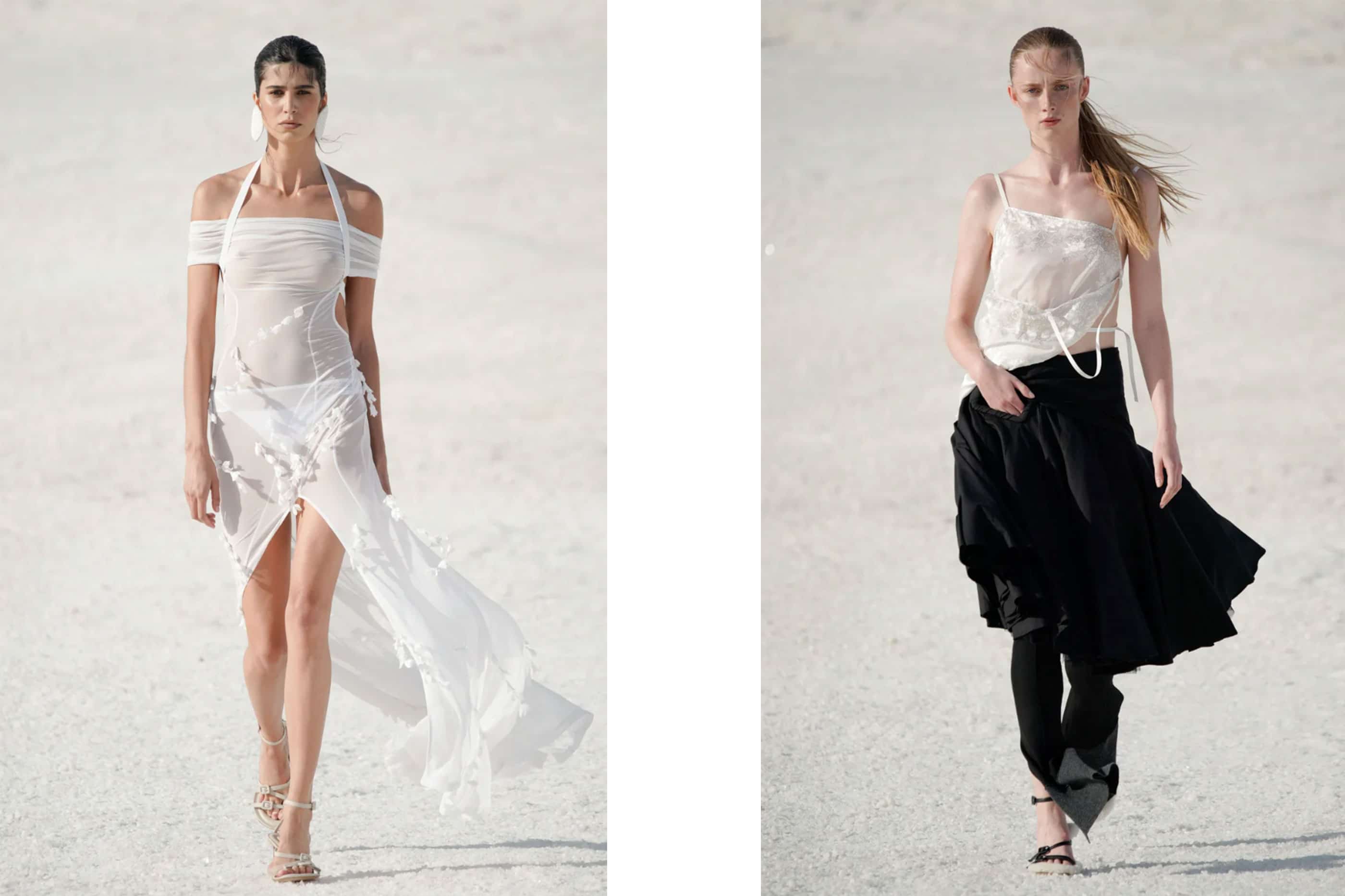 This season, the designer took a moment away from his eye-bleedingly bright pinks, butter yellow's and deep azures, and focussed his attention on stark white, beige, utility green, and slatey brown. If one were to marry on the moon, the Sci-Fi guest looks would be as follows: For the bride, a cream bias cut dress embellished with what looks like paper rose petals, worn by Adut Akech; For the groom, a white padded gilet paired with slouchy white tailored trousers and a veil that is secured by binding at the shoulders. The rest of the guests are in aptly tonal attire: tailored black suits, ribbed marle dresses, skirt and shirt sets that have been scrunched and tied to create rosette-like volume, pleated skirts worn over leggings with stringy camisoles on top. One look is a chocolate and sky blue suit with a strap that crosses the chest and a gold charm in the middle of it, one that would ordinarily read "Jacquemus" in cursive, but instead dons the Nike Swoosh as further evidence of his collaboration with the sportswear brand. 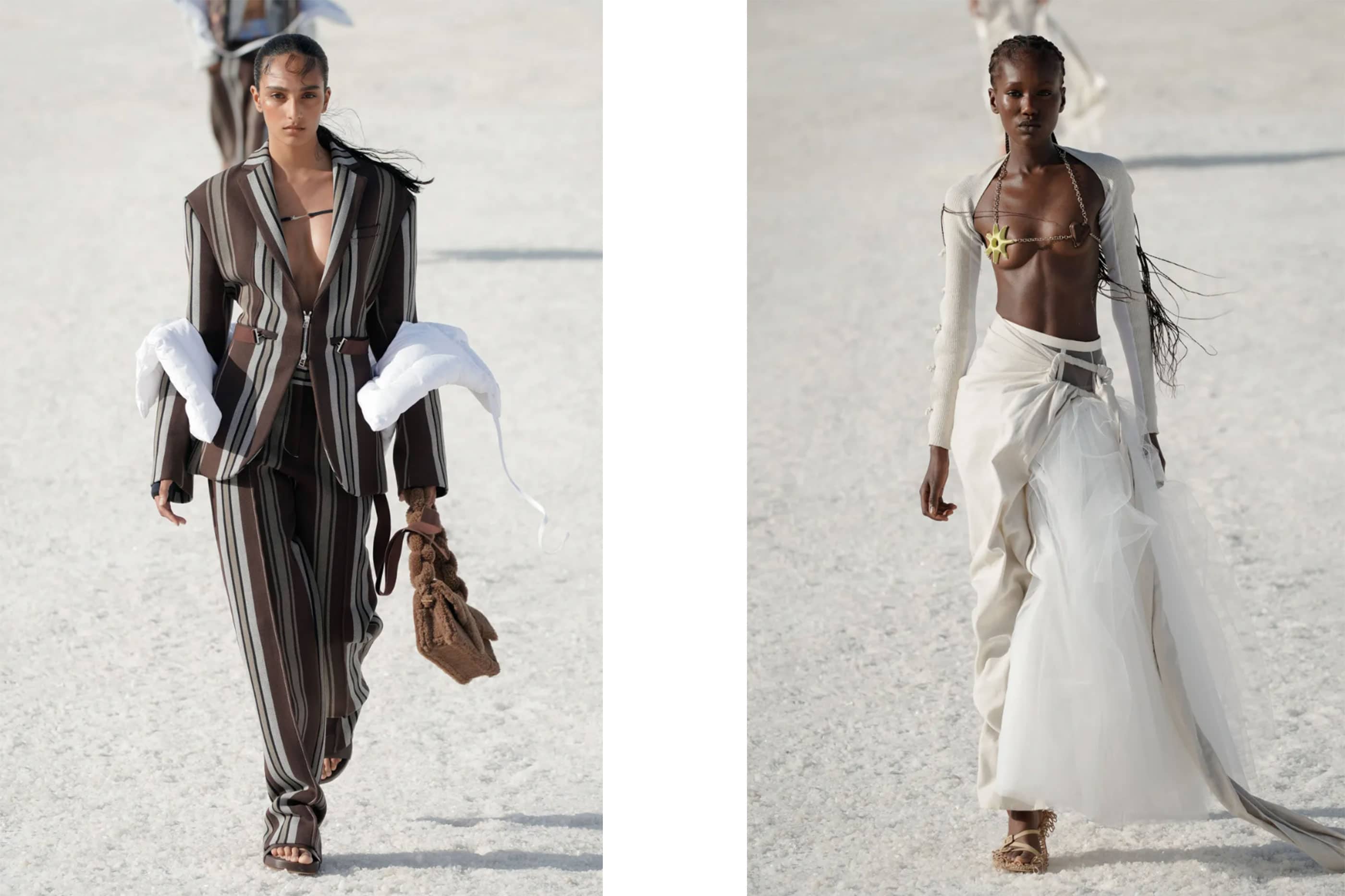 Models carried bunches of white tulle that blew behind them, alongside fine strings of paper flowers, hanging from single earrings or streaming from clutches. A new sense of elegance was brought forward for the brand – at least one that we haven't seen in a while, harking back to earlier collections in 2017 and 2018 where the focus was on craft and play in less obvious ways. Volume was experimented with in a kind of "new couture" format. One where elegance and accessibility felt like a team. Most of all, it felt like the perfect amount of drama to offer this season.

Watch the Jacquemus FW22 show, below.