“Emotionally, spiritually, mentally, I'm at the height of myself, and I need to meet my physical in that as well. I just want to be able to live my life to the fullest.” Says Akashi Silky, a member of the House of Silky – one of Australia’s leading ballroom houses. Together with Kendall Silky, they are raising funds for their gender affirmation surgery, a necessary and life-affirming step in their transitions, and one that is so often overlooked.

For Akashi and Kendall, turning to GoFundMe to crowd-source financial support for their surgeries is a last resort. One that begins and ends with accessibility, stigma, and discrimination in the workplace and in healthcare.

As it currently stands, medical gender affirmation in Australia – whether that means access to puberty suppression, hormones, surgery or post-operative care - is challenging to find, expensive and rife with discrimination, stigma and rejection from care.

When I meet with Kendall, Akashi, and House of Silky’s father, Xander Silky to shoot for this feature, it is abundantly clear that the girls know themselves. Spanning angles and boundaries, they are both grounded in this assurance. Sitting in vulnerability, they have turned to their community to ask for help, and to affirm themselves in the physical. Below, Kendall and Akashi sit down with Xander to talk openly together about their surgeries, the obstacles that stand in the way, and how ballroom intersects with community and support for LGBTQI+ folks. 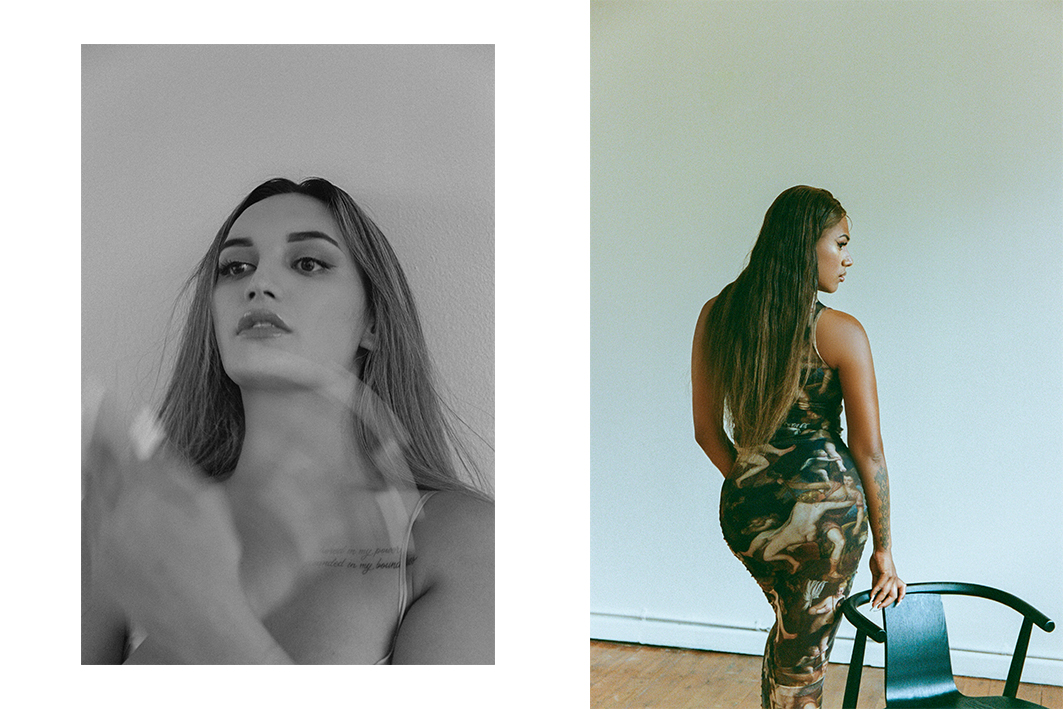 XS: Why does it feel monumental to be sharing your stories via the GoFundMe?

AS: Because there's so much shame around it. Do you know what I mean? Like, I can't even post about the thing on my story. I always have to time it to a specific time, which comes from like, that thing of asking for help.

AS: Yeah, sometimes it's very tricky to manoeuvre yourself in the whole conversation because there’s a lot of social stigma surrounding asking for help. Even in our own families, and in our culture as well. All we're trying to do is step away from the shame of asking for help, because we wouldn't be doing this if we had the means to do it ourselves.

KS: I think people think that sometimes a GoFundMe is a first resort, but oftentimes, it's a last resort.

AS: It's definitely a last resort. Because in all honesty, for me personally, I don't want people to hold it against me you know? Like, hey, Suzie, can I have that $10 because I donated $10 for your GoFundMe. But that's my pride, you know? My pride says don't let people have receipts on you, don't let them have receipts on your body. But often times there's some things that we have to forfeit for the greater good, for the long run.

KS: Yeah. I’m a private person as well, so I hate being seen as vulnerable. Doing this definitely puts me out there. But then again, there's a lot to learn from it.

XS: The girls spend their whole entire life putting up walls, and being hard and protecting themselves, and then they have to literally 360 everything and be their most vulnerable and open in order for them to continue further transitioning, and that process must be so mind-fucking on its own.

KS: It is. All we do is fight. We’ve always had to fight. 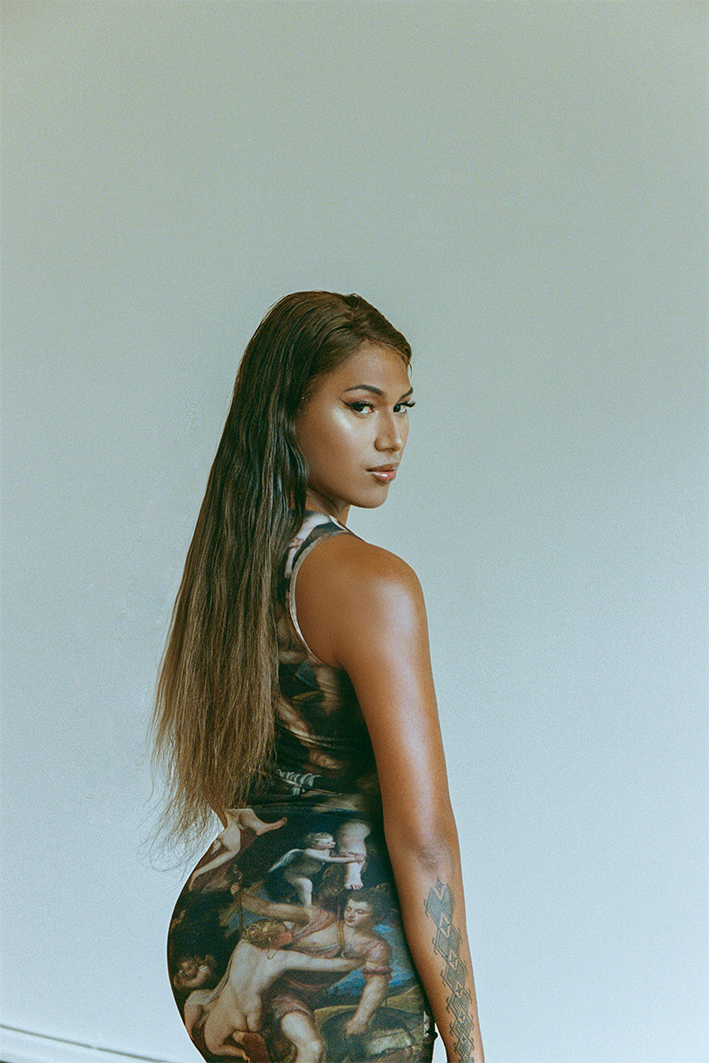 KS: Something people don’t see is that the girls are some of the hardest working people. It’s not like we’re trying to freeload off of everybody.

AS: All we ever do is live our little lives, mind our business.

KS: That's the tea as well, the girls really do mind their own business. They're just trying to live. They're literally just trying to live. They don't want drama. They don't want to get involved in things. Even with this whole ‘Let the girls swim’ thing, half the girls paid it because they don’t want to deal with things like this right now because they don’t have time to focus on being able to swim in a pool, when they are trying to focus on surviving.

AS: I want this money because I deserve this money. No shade, pay me my reparations from society.

AS: Well, it’s so many experiences, you know what I mean? Because some girls don't feel like they need the surgery to live their life. I think it's very specific to where you come from. Because in certain cultures or certain places, some girls can't even take hormones. I think it's the pressure also that we put on ourselves to be these things as well. Sometimes they're unrealistic, and we take our bodies to the extreme sometimes. But that's how they want to live. And I think the most important thing is like, why does society get to live their life the way they want to, and some of us can’t?

XS: What is driving you more to get your surgeries? Is it pressure from society? Or is it your own want for that, in order to feel more fulfilled in your transition?

I always feel like there's that one thing that's always holding me back and it’s the physical side of it. And I know people will be like, ‘well, if you are emotionally stable you have nothing to complain about.’ But like, you wouldn't want this? It’s not the same thing. I'm dysmorphic, you're not.

XS: Does trans body dysmorphia start from a young age?

KS: It’s after puberty. Like, when you actually start growing the hair and things start changing, that’s when for me personally, the dysmorphia started. Because when I was younger and I transitioned, I thought I was invincible. I was so confident. Sometimes I miss the younger me because I was just so confident in everything I did and now that everything's starting to settle in place and stuff it feels different.

XS: how young were you when you first started?

AS: I started as young as Kendall as well. When I think back to that time, my confidence was the thing that I had. And also because puberty just does a number on you and throws a wrench in the works. And you're like, ok wow, now I'm gagged. Like, I thought I was going to stay the same forever.

XS: It’s crazy that most kids want to grow up quickly and develop and be an adult but with you it’s a whole other experience of not wanting it to come and remain as you were.

AS: Yeah. When my body changed it was over. I was like, where can I get black market hormones?

XS: Is that why the girls jump on them so early?

AS: That’s when we talk about fucking accessibility. Some of us don't have resources and access to these things that we need. It’s always been a hierarchy around access and some of us aren’t fortunate enough to have access to it.

XS: When I think about Tee and Sam, they have so much confidence. Because they're so young. And it's so beautiful to watch them be confident. Do you feel like it's important to protect that confidence for girls like that?

AS: It’s all about nurturing, nurturing that space and also learning from the other person. Like, there's so much I can learn from them. 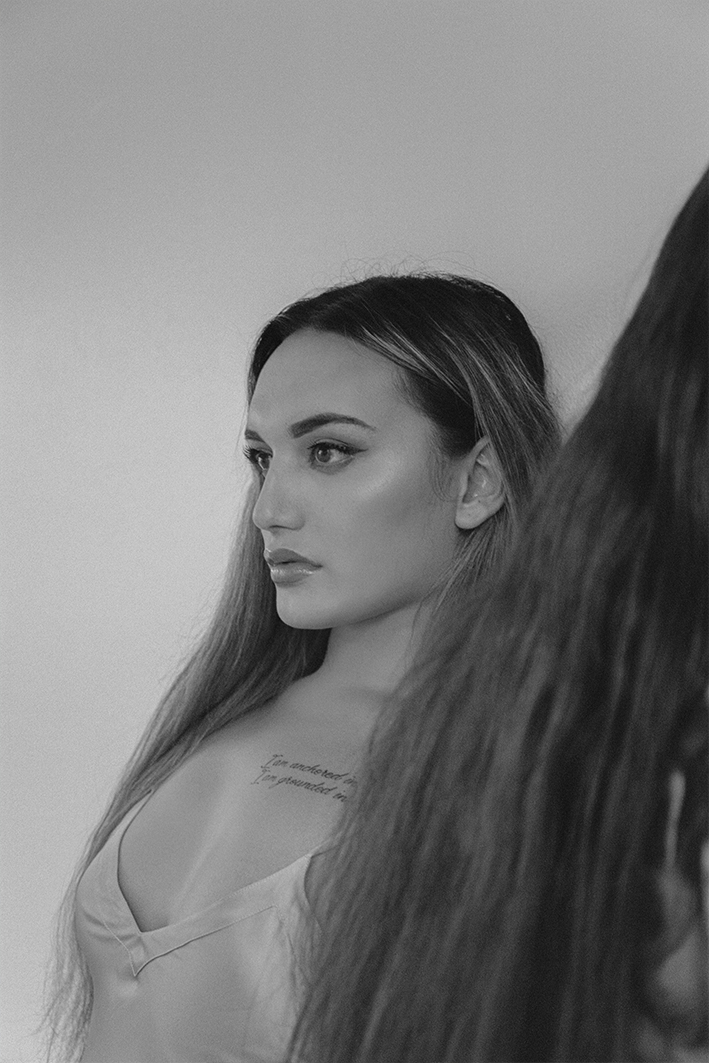 XS: With accessibility, do you feel like accessibility has changed now, compared to the time when you started in that short period? Is it a lot more accessible now?

KS: I first started in New Zealand, I just got a script, took it into the pharmacy and they’d just keep giving me hormones. Whereas here you have to go through the whole process.

XS: So what is the process? You need to get psychiatric evaluation?

AS: Yeah, but all of that in New Zealand is free.

KS: Here’s it’s like, $320 for one appointment in Australia, and then I have to pay another $320 to actually get my hormones. After that, they start bulk billing it.

XS: That's like $640, but how's this trans woman going to afford this when she can't even get a job because she’s trans?

AS: It’s all this prejudice that is formed around society. But on the other hand, it’s forced us to come up with creative avenues to make money.

XS: But sometimes that can lead down dangerous paths. When I look at like the younger femme queens that we know who are like 18, 19 and 20, sometimes I already sense that they've given up.

AS: They just limit themselves because they don't see other successful femme queens because there aren't many. I love the work of Miss Boogie and Miss Blanks and all those girls just paving the way on their own, in their own place, and in their own region. I live for when the girls are getting coin, because it's not easy out here for any of us.

XS: And also infiltrating spaces. Do you care whether or not this GoFundMe affects other young femme queens?

AS: I think for the young femme queens: if there’s anything you can learn from this, it's get your money. Use your education, stay in school, don’t lose the hope.

You can learn more about Akashi and Kendall and support their journey via their GoFundMe page. 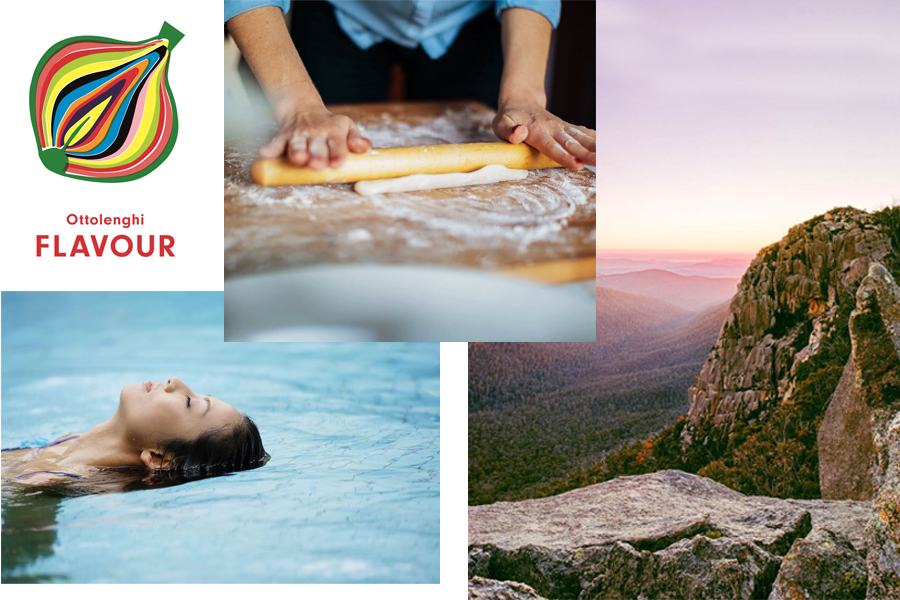 Spend the day in, or out – whichever your mum fancies.