"A laboratory. A rave. An arena studded with epiphanies." This is the scene Gucci sets for its Love Parade SS22 collection campaign. Taking cues from the scene set last September, when the same, auratic silhouettes strode down Hollywood Boulevard worn and watched by anyone who is anyone, Gucci's Love Parade returns for the campaign of a lifetime. If the runway show was the party, the campaign is the afterparty, with a video that opens to the soundtrack of Nico and The Velvet Undergound's Venus in Furs.

As the camera pans across a restaurant scene, diners – AKA, the same faces in the show with the addition of Snoop Dogg, Miley Cyrus, Beanie Feldstein and Squid Game's Lee Jung-jae – eat and drink together, talking, laughing, and getting close, clad in sating double breasted tuxedo's, cowboy hats, tiara's, lingerie, and more. 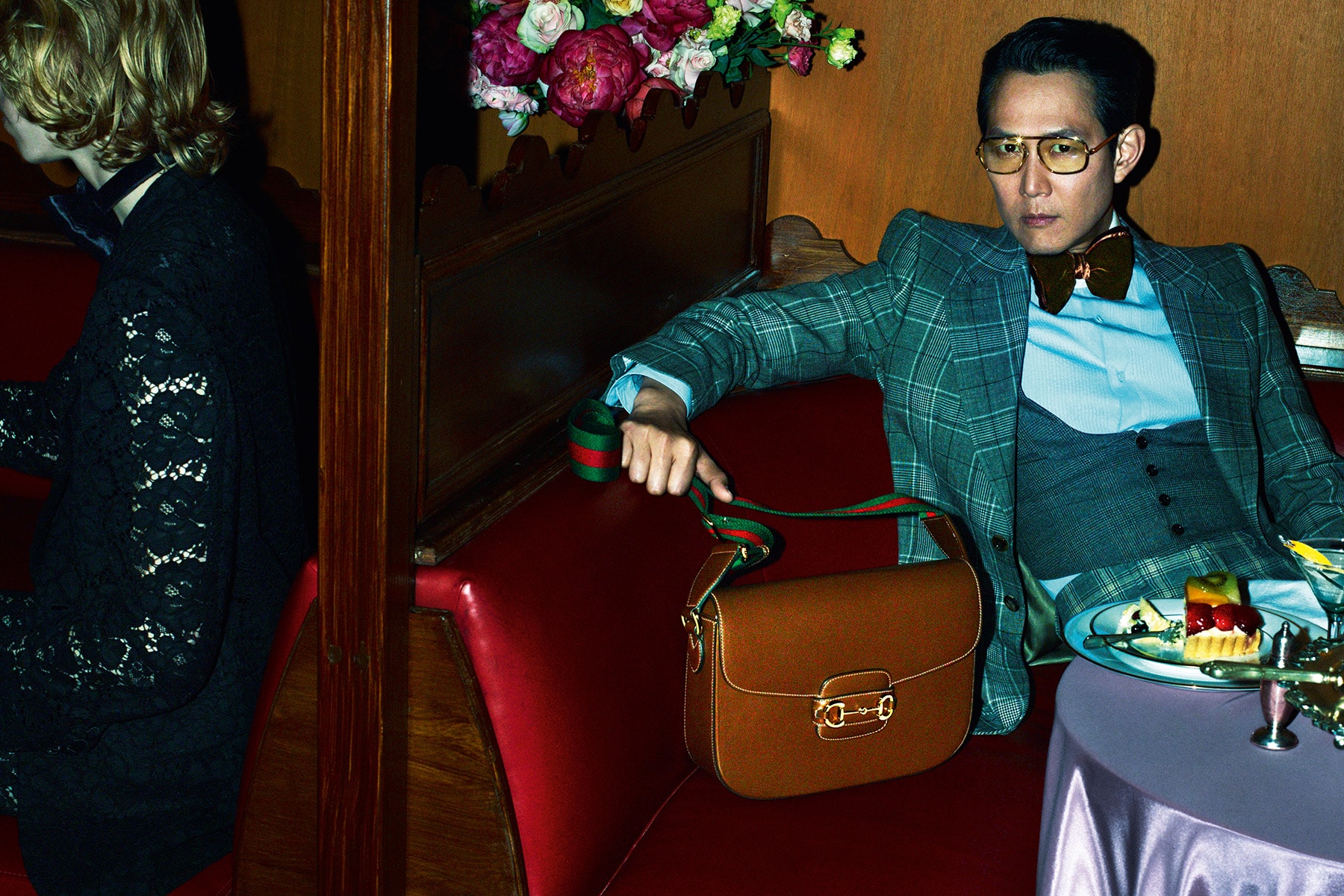 “I thought about how my mother raised me as a devout worshipper of beauty. About the gift of dreaming, which I cannot go without. About the aura of cinema, which generates mythologies. This is why I chose Hollywood Boulevard”, writes Alessandro Michele to explain this journey to the origins of his life story. 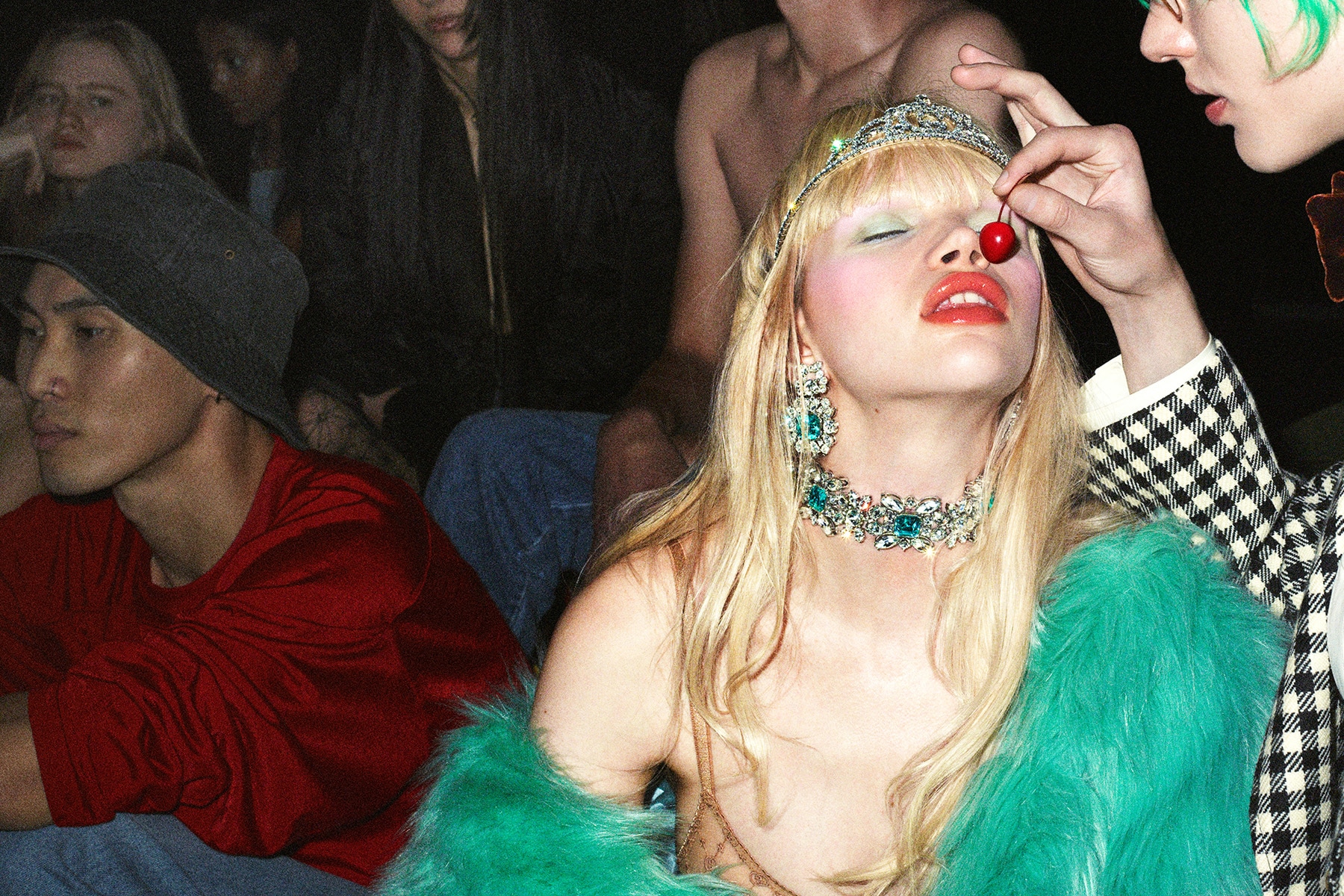 Love Parade celebrates the ritual of banquet. Of coming together and gathering for a meal, sharing sensory experiences together, a melting pot of conversation and nourishment before turning to dance in a steamy, psychedelic rave setting of coloured lights and thumping music (or so we could imagine). Jared Leto is there, swaying to a heavy beat, while Miley is crowd surfing in Gucci stockings and a matching bra. 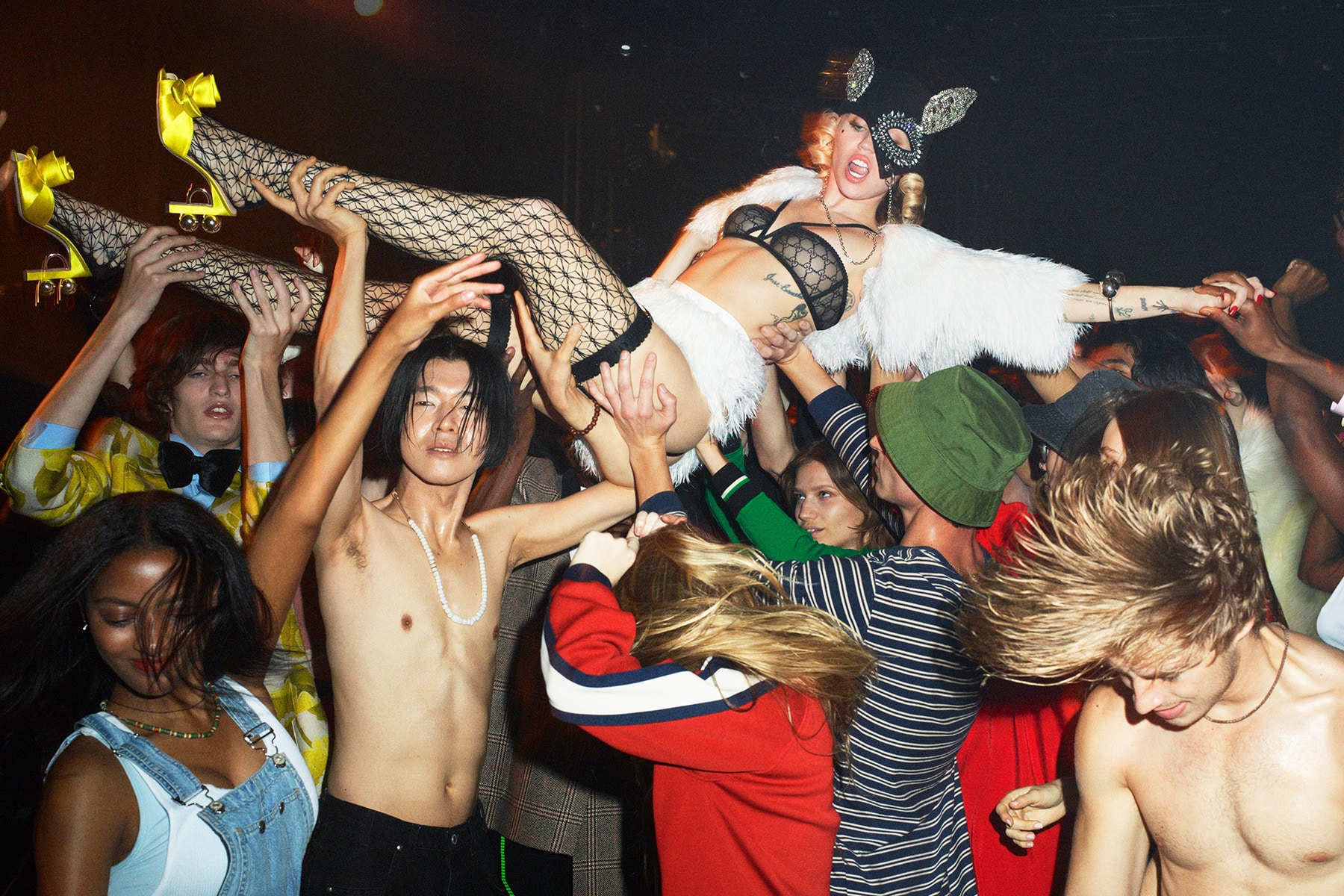 It's all clothes and bodies and heat and sweat. And with direction by Mert & Marcus, a theme of eros emerges through the dry ice. "Their secret is being aware of the threshold – queer or phantasmic – of the hands that brings bodies to words and words to bodies. Clothes restore desire; articulate it; providing a map. Sudden movements and contractions are more seductive than subdued smoothness." The press release notes.

Watch the campaign video, below.

PREVIOUS
A case for Indie Sleaze and its dishevelled queen, Sky Ferreira
NEXT
Let 'Euphoria's' Storm Reid take you to LA with Prada