A return to Hollywood. When we think of Gucci, we think of a superstar, and nothing solidified this more than Gucci Love Parade, a crescendo of celebratory looks that took over Hollywood Boulevard in Los Angeles last night, November 2.

"Mum worked in the film industry as an assistant in a production company. I remember all the stories she told me, and the details and the sparkles, about that dream factory." Gucci's creative director, Alessandro Michele says in a press release. "There was the alabaster paleness of Marilyn Monroe and her diaphanous voice. There were the black satin gloves of Rita Hayworth and Veronica Lake’s velvet hair, as well as the bewitching allure of Rock Hudson and Kim Novak’s dizzying transformative power. Everything felt like a fairy tale." This is where the inspiration for Gucci Love Parade begins. 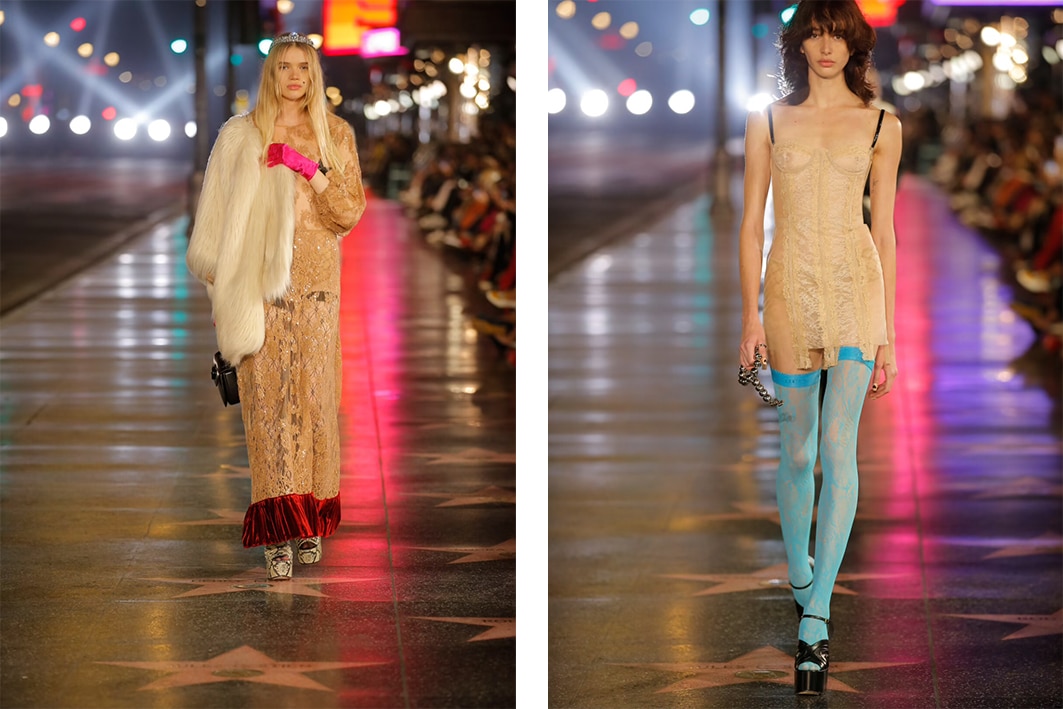 It opens with satin. A mid length pencil skirt with a thigh-high slit paired with towering platforms, fishnet pull-ups and a fur-trimmed cardigan. For the average punter, it is a lot. For Gucci, it is an anchor of wearability amongst the red-carpet ready looks to follow. Then comes a baby pink satin suit finished with a tiara, and a satin overcoat with architectural shoulder pads and pale pink bustier-style panelling. 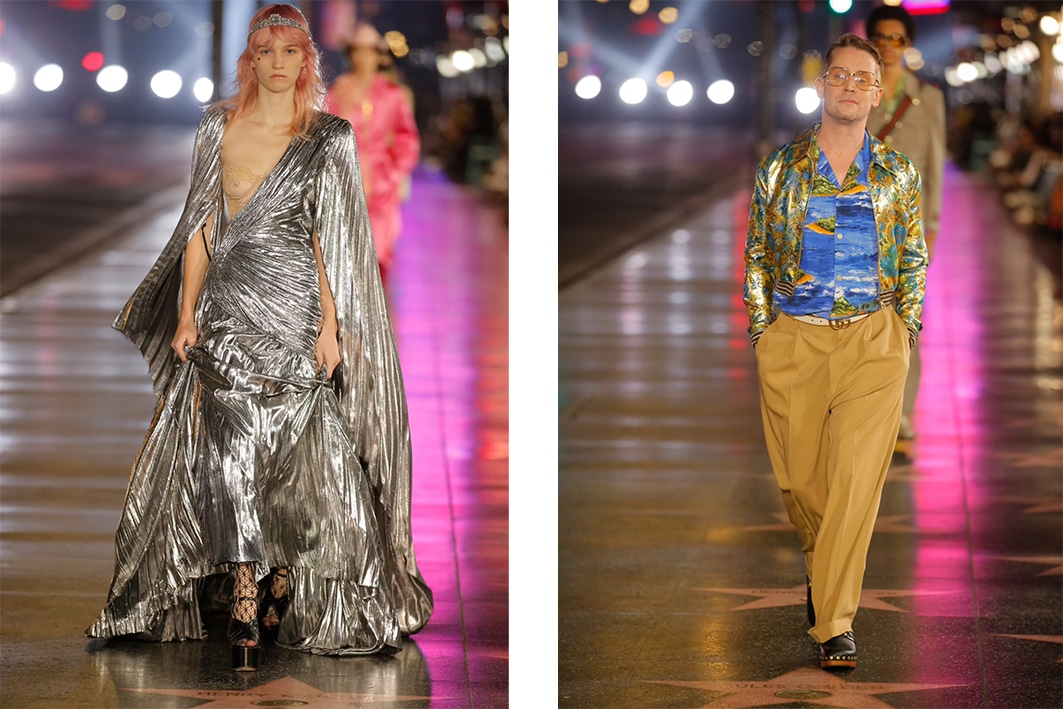 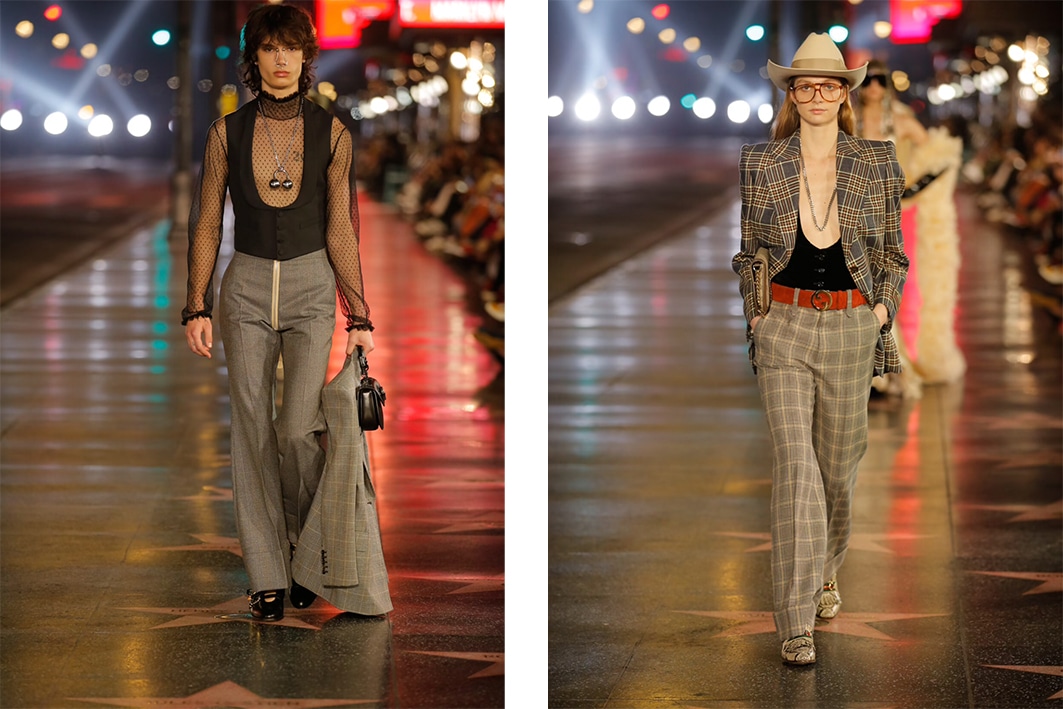 Perfectly tailored suiting that bleeds from day-to-night is intercepted with sparkling tiaras, chainmail headpieces and tulle stoles. Pleated silver lamé floats across the famed engraved star tiles of the boulevard followed by slinky slips and lace-trimmed shift dresses. There was a satin trumpet gown, Americana cowboy hats with lace up leather gloves and snakeskin boots, and logomania sportswear layered under tonal oversized blazers.

A butt plug hung from a pendant necklace, while barbell pendants and ball chains swung alongside. Opaque and lace tights were hiked to the thighs, and corsetry was built into mini dresses and gowns alike. Old Hollywood glamour met subtle fetishism – a theme that has been frequenting the runway for the past few seasons, and has been carried through from the House's Aria collection among others. 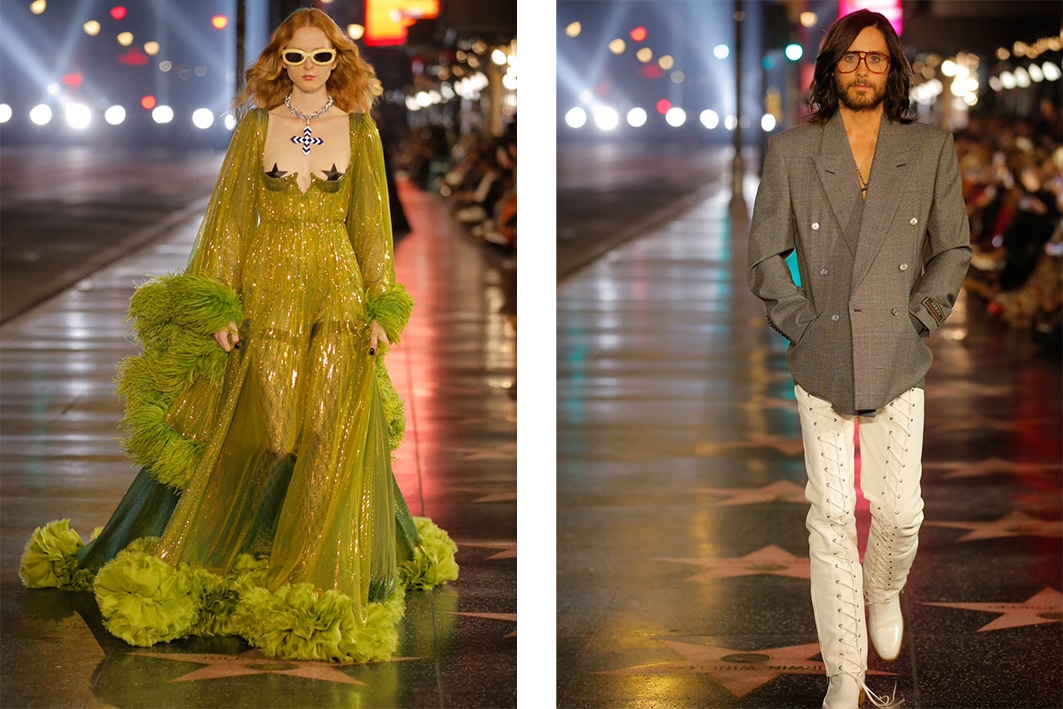 It invites the conversation of how deeply entangled Gucci has been in the world of entertainment and film, even before Lady Gaga's anticipated role in House of Gucci, as on-screen and modern icons like Macaulay Culkin, Jared Leto, Janaya Future Khan, Phoebe Bridgers, and Steve Lacy. It is a love letter from Michele to an industry he grew up being enthralled by. It was Glenn Luchford’s old Hollywood-inspired Gucci SS19 campaign, Balenciaga's "hacking" of the brand earlier this year, and the countless conceptual fashion films the creative director produces season after season, a scape of fantasy and creation that Michele has always served up with the brand identity.

"When I started thinking about the way I wanted to celebrate this new chapter in my adventurous job, I thought about mum and her precious legacy. I thought about the worship of beauty she fed me with." Michele notes. "About the indefeasible gift of dreaming and the mythopoetic aura of cinema. This is why I chose Hollywood Boulevard."

PREVIOUS
Kitty Callaghan on Sunday sun and finding a little bit of summer magic with the help of Kathmandu
NEXT
There's no place we'd rather be than 'Under The Same Sun' as leather goods label, Yu Mei 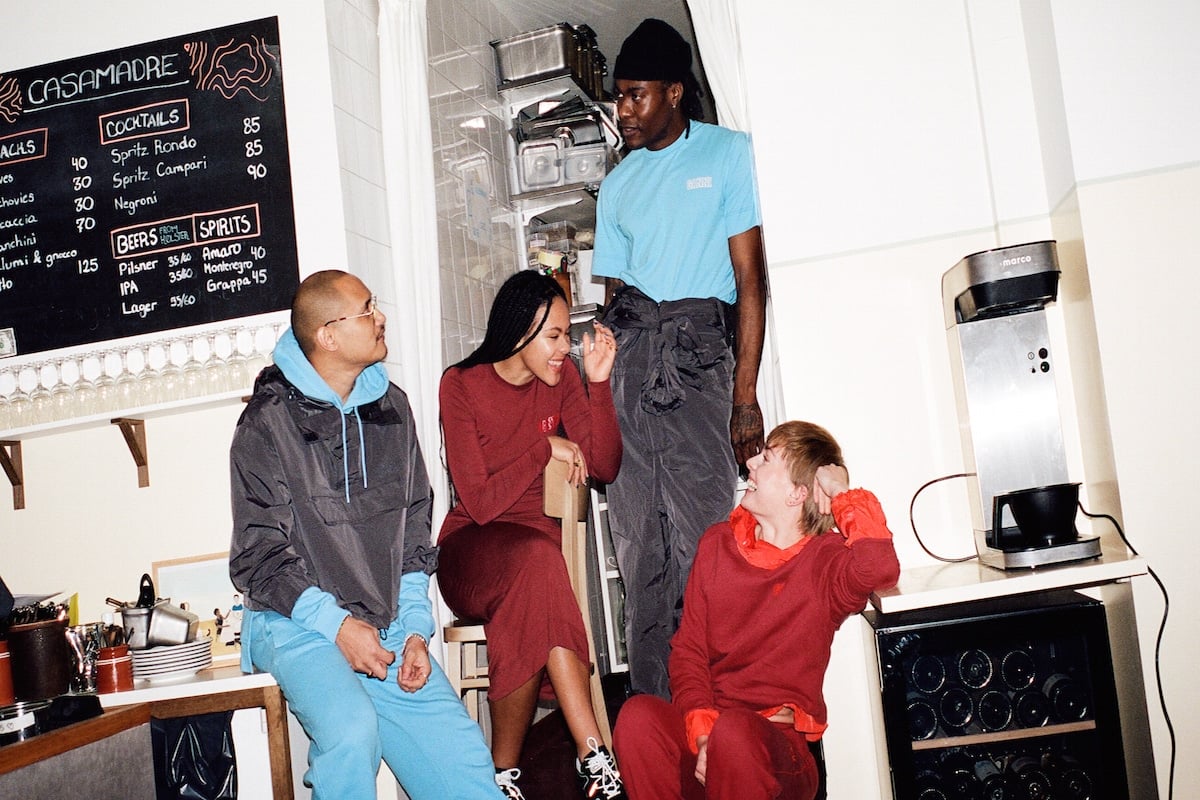 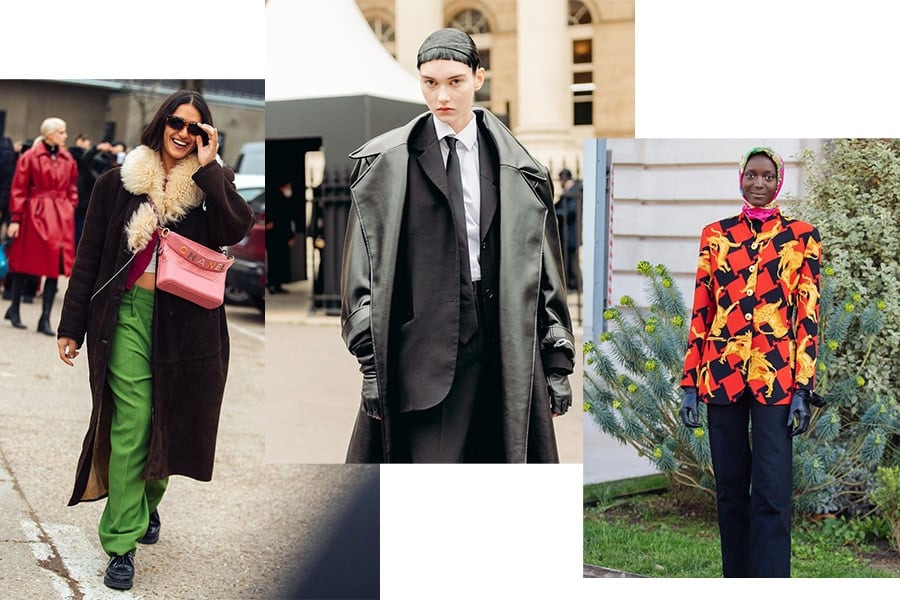 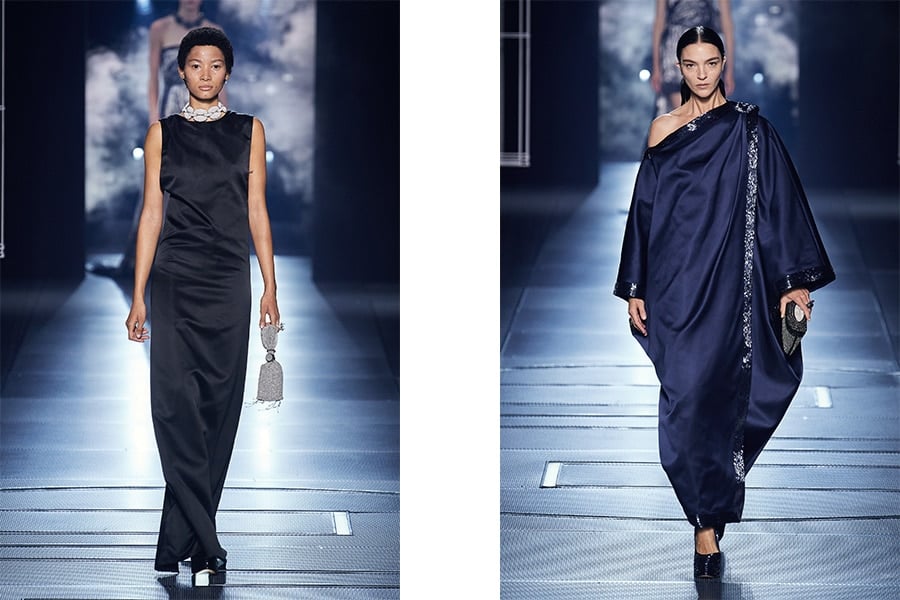