Mirdidingkingathi Juwarnda Sally Gabori was around 80 years old when she made her first painting at Gununa art studio on Mornington Island. It was just six months from then that she had her first solo exhibition at the Woolloongabba Art Gallery in Brisbane, and within her relatively short yet intense decade long career, saw Gabori become one of Australia's greatest contemporary artists of the past two decades. Now, the Fondation Cartier pour l’art contemporain will present the first major solo survey exhibition of Aboriginal artist Mirdidingkingathi Juwarnda Sally Gabori outside of Australia from July 3 to November 6, 2022.

Bringing together up to 30 of her monumental paintings, the exhibition has been organised in close collaboration with the artist’s family and the Kaiadilt community, alongside the foremost specialists in Kaiadilt art and culture, who were present in Paris for its opening to pay tribute to Gabori; whose work has left a profound effect on so many peoples lives and is an integral part of storytelling and preserving Aboriginal culture. 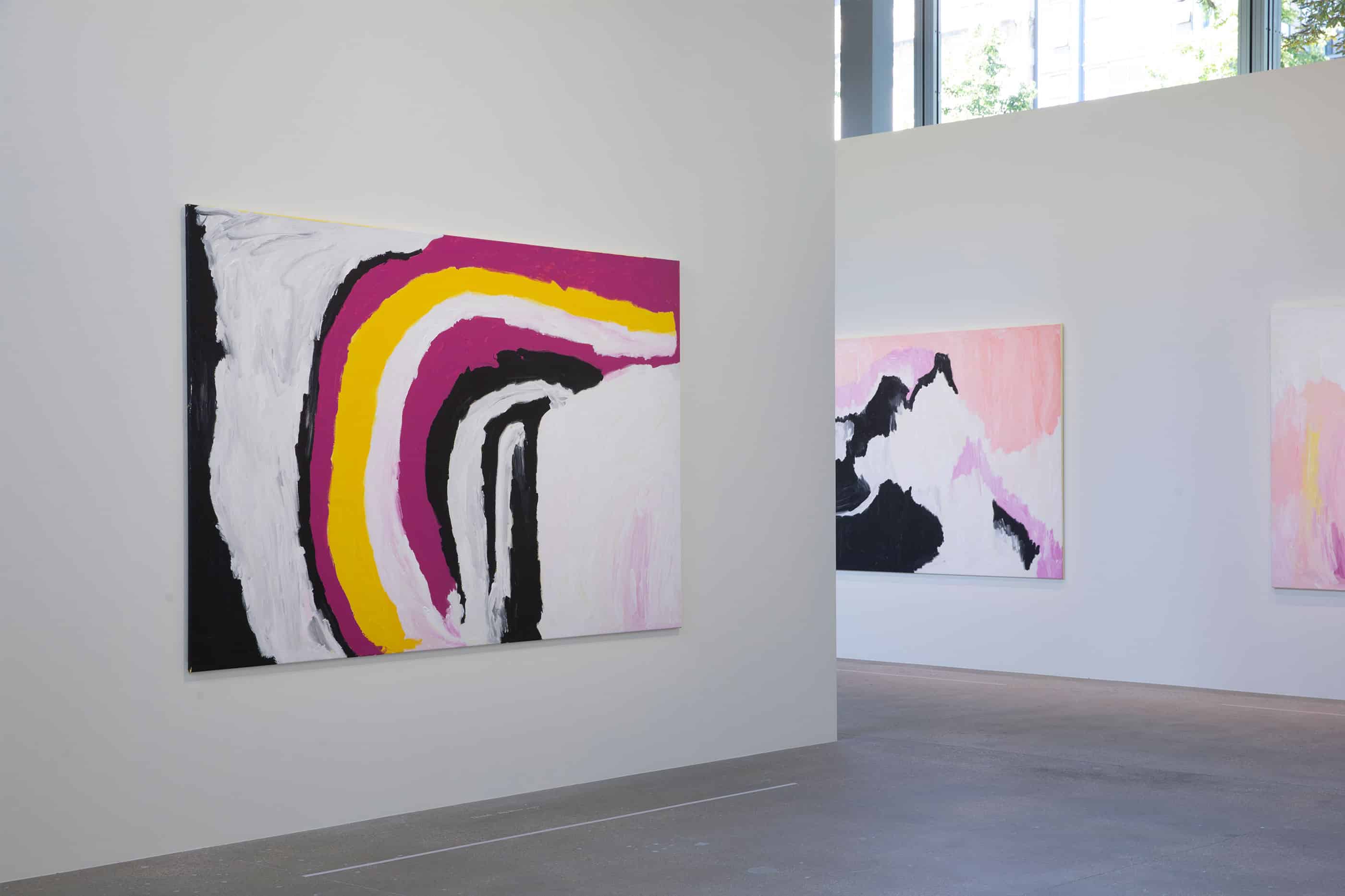 The exhibition presents 30 works by Sally Gabori, including certain canvases that punctuated her career and marked seismic moments in her artistic legacy. The exhibition also includes three collaborative paintings that Gabori completed with other Kaiadilt artists, including her daughters. The pieces on display have been loaned from Australia's most regarded galleries such as  Queensland Art Gallery | Gallery of Modern Art, National Gallery of Australia, National Gallery of Victoria, Art Gallery of New South Wales and HOTA, Home of the Arts, as well as Musée du Quai Branly – Jacques Chirac, the Fondation Opale, and generous loans by private lenders. The exhibition allows the public to discover an immense colourist whose corpus, profoundly anchored in the history of her people, bears witness to a remarkable pictorial modernity. 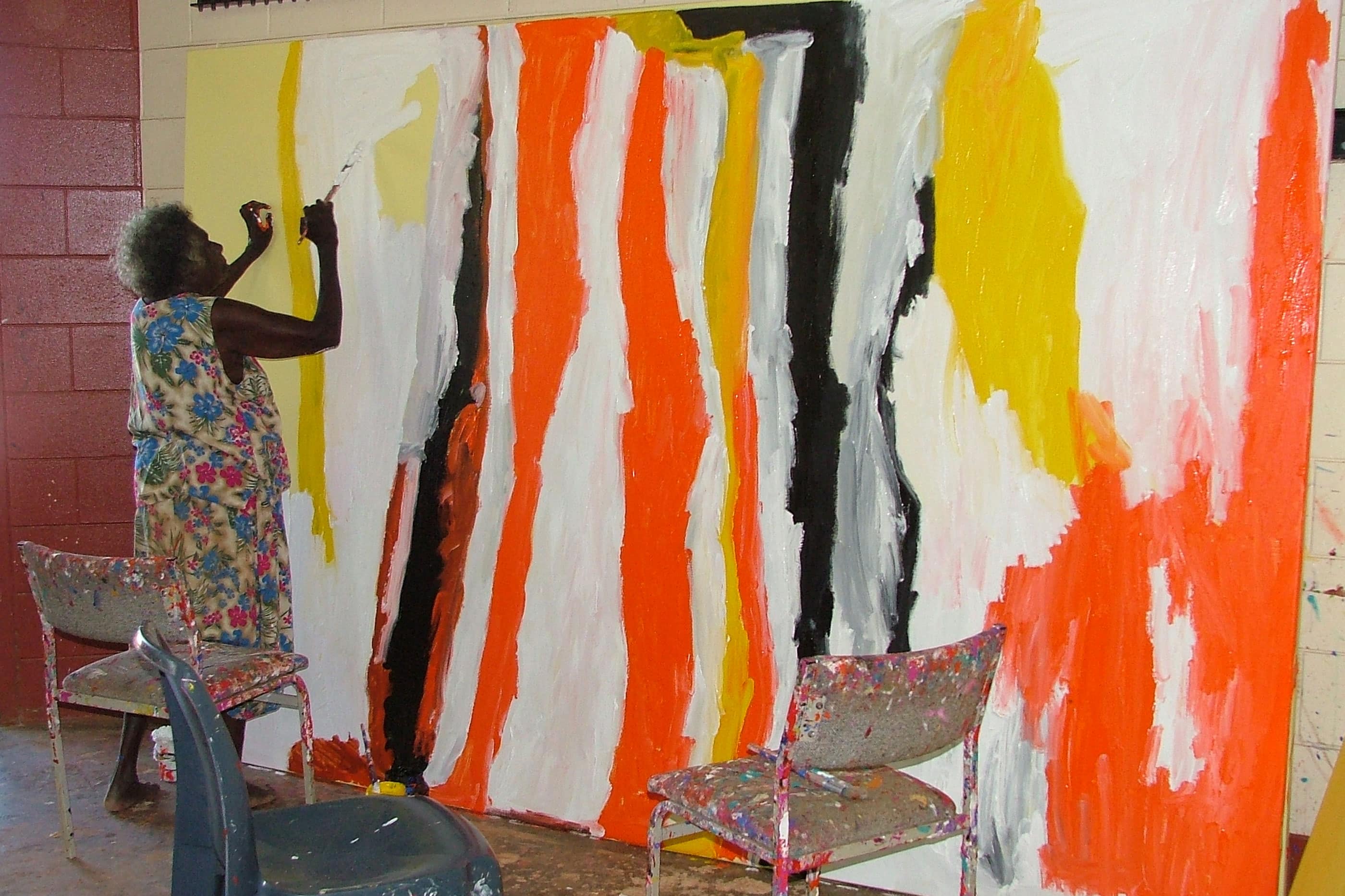 "It wasn’t just a painting, it was a whole story, a whole family history. [...] This is our way of keeping our culture alive. I think my grandma, through her painting, have done wonders in keeping that," Bella Gabori, Sally Gabori’s granddaughter, said of her work.

Mirdidingkingathi Juwarnda Sally Gabori's work was rooted in celebration for her native land, so-called Betnick Island, off of the far-north coast of Queensland, and touch on the political struggle for the recognition of Kaiadilt land rights. Her works offer infinite interpretations of light on the Australian landscape, influenced by drastic weather changes, through colour theory, interplay of form, and mixed medium formats. In the nine years of her practice, Gabori produced over 2,000 canvases exploring these themes. 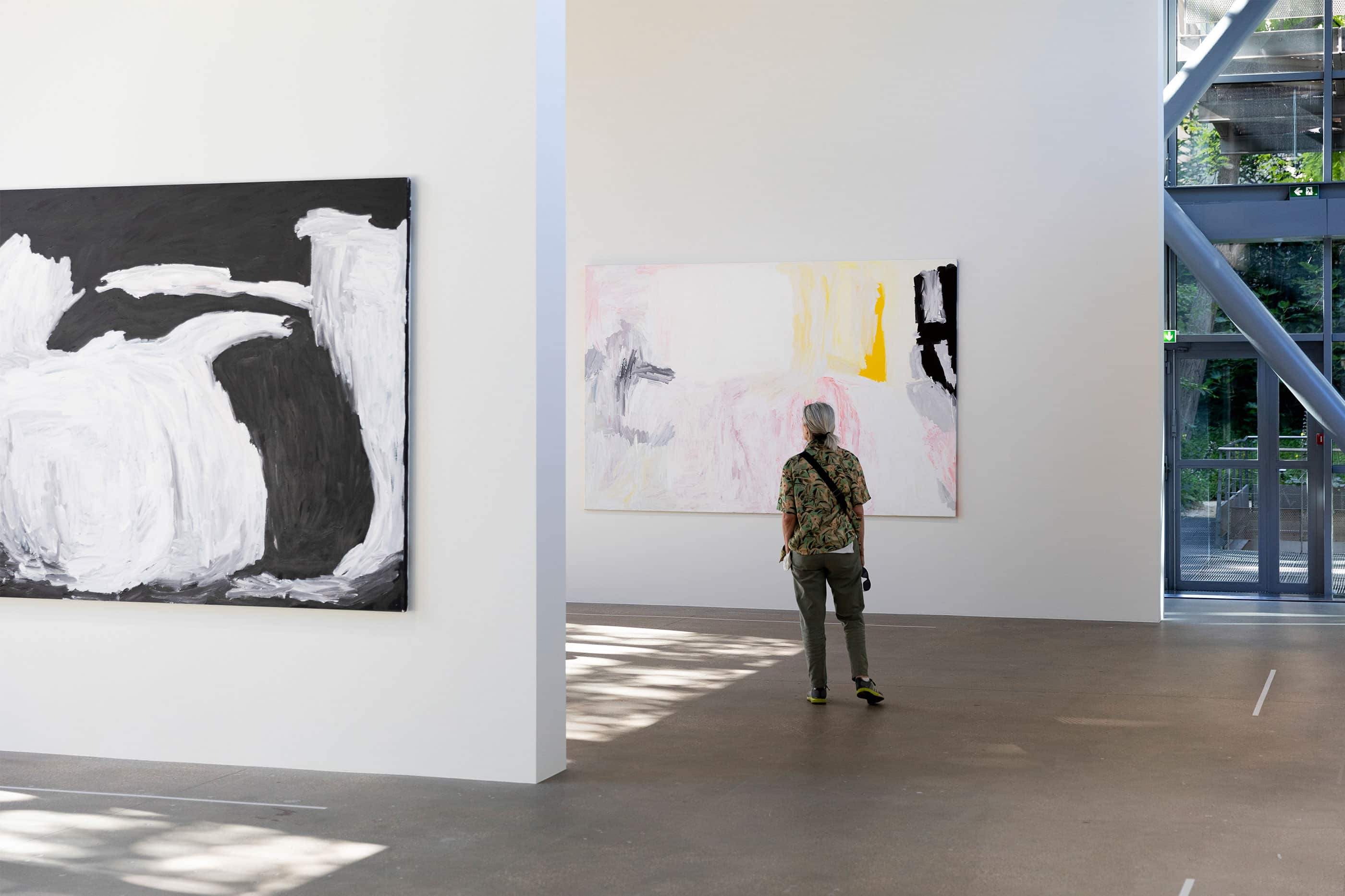 To accompany the monumental exhibition, the Fondation Cartier has worked closely with Sally Gabori’s family and the Kaiadilt community, to create a website dedicated to the life and work of the artist, which aims to showcase her rich, sprawling work and the cultural legacy that the artist has left to successive Kaiadilt generations. Through countless documents and accounts collected in Australia for this exhibition, this site is the most exhaustive archive ever compiled on the history of Sally Gabori and the Kaiadilt people.

Tickets can only be purchased online on fondation-cartier.tickeasy.com.

PREVIOUS
Darwin Festival and 'Sleeplessness': Here's what's happening across Australia this weekend
NEXT
Art in August: Your guide to the Australian exhibitions taking place this month