Gisele Bündchen, one of the worlds most famous and highest paid supermodels of all time isn't finished with us yet! This week, she has decided to resurrect her chokehold on us all by starring in Burberry's new TB Summer Monogram collection campaign.

It's the evolution of the TB Summer Monogram, which has been designed by Chief Creative Officer Riccardo Tisci, melding the past and the present with Bündchen's iconic presence, spliced with the fresh print of the TB Monogram.  In imagery captured by Luigi & Iango, Bündchen poses with her signature, effortless stance in front of backdrops of images that were captured by the photographers a decade earlier. 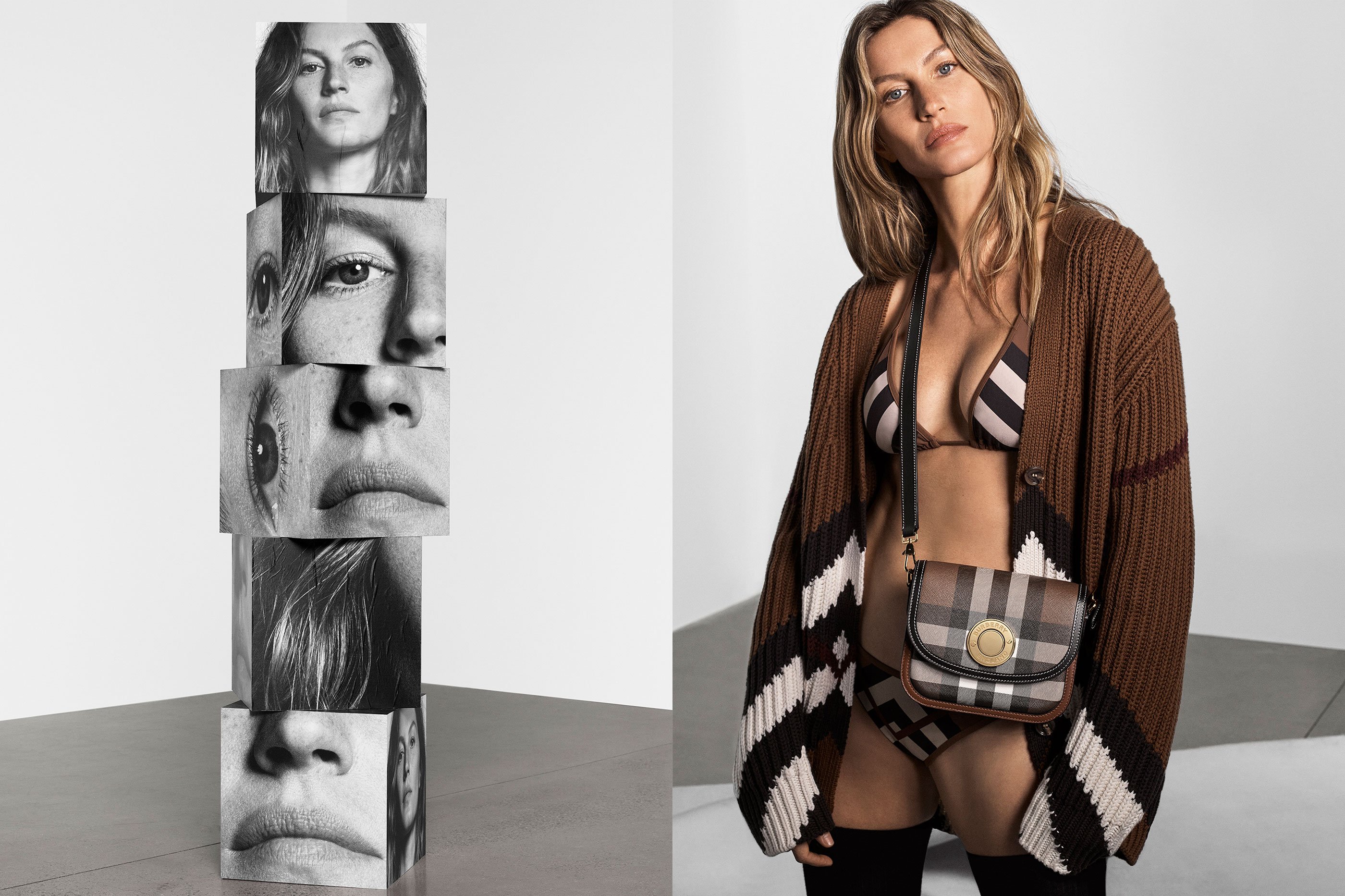 "I was so happy to see Riccardo again after such a long time and shooting with my sweet friends Luigi and Iango is always a blast. It was so special spending time with everyone, we had so much fun on set." Bündchen said in a press release.

Working with an all-star creative team to bring the vision to life, Tisci collaborated with photographers Luigi & Iango, stylist Suzanne Koller and make-up artist Georgi Sandev to create a campaign that reflects Burberry's icons, forming a signature print that Tisci has now built into the codes of the house, alongside the brands historical check print, which here, merges with the TB Monogram. 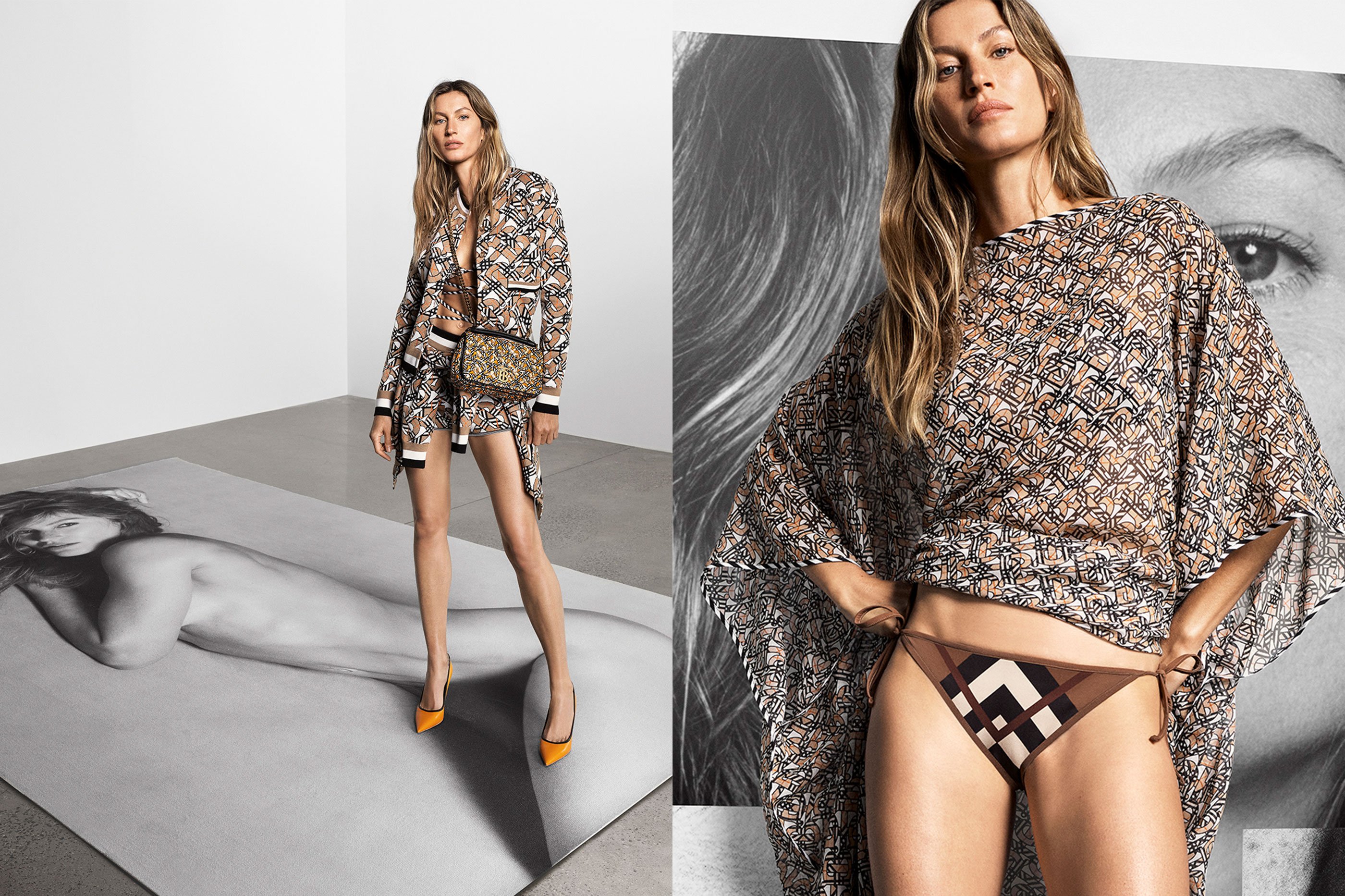 The collection for men and women, features a range of pieces including gabardine trench coats, silk-blend bomber jackets, silk dresses, cotton shirts, swimwear and sunglasses.
A mixture of heritage and modernity. A union of icons, focused on the future.

The new TB Summer Monogram collection is available to purchase online and in selected Burberry stores. See the campaign videos below.

PREVIOUS
A showcase of Gucci x Adidas, a lesson in elevated streetwear honouring brand heritage
NEXT
Bulgari in Rome and Sasha Lane in CK's: 7 favourite fashion moments from the week