Some of us rejoice during lovey-dovey Libra season, which is all about partnerships, and finding balance with a soulmate, and completing each other’s sentences. Others might perceive this moment to be the most codependent time of the year: fretting too much about what our bae thinks, over-texting, being indecisive regarding where to dine and what to wear. But no matter your position on Libra, this is for certain: the Scales are about to get tipped by the bad boy Aries Full Moon on October 10th. How so?

Astrologically, Full Moons always happen in the sign opposite the current season. If Libra is “one-on-one,” the Ram (which sits 180 degrees from Libra in the sky) is more solo and emotionally independent. Accordingly, this lunation indicates a time that we suspend Libra’s constant balancing act. Eschew negotiations about which Netflix documentary to watch (you want something about how cats think, they want something about the fog of war). Instead, eat some popcorn alone in a theatre on this Aries Full Moon.

Indeed, the symbol for Aries, i.e., the Ram, suggests a head-butting energy that wants to take action, but to do so on its own terms. That’s another reason why this Full Moon might be better left for some solo activity. Where Libra is diplomatic and pacifying, the Ram is inherently confrontational. Tempers could very well flare around this lunation.

This makes sense: Aries is ruled by argumentative Mars. And we know that whenever Planet War is in the picture things can get a bit aggro. So, we should be aware that we might feel overly frustrated and heated around people on this Mars-ruled Full Moon, especially if we have fiery placements with Sagittarius, Aries, or Leo Sun, Moon, or Rising.

At the same time, we should also recognize a set of nice transits that will sweeten this usually cantankerous Mars-ruled lunar position. For one, Mars itself is forming a very harmonious aspect with the Moon, which should mollify Planet War’s aggression somewhat. When Mars is in a supportive aspect, as it will be October 10th, it can bolster our endeavours. It makes things effortless instead of heavy.

Venus is very happy right now and super well-placed, too. It is currently in the sign it rules, Libra, and moving in beatific tandem with the Sun. When a planet is in its sign, it gets extra influential (particularly when conjunct another planet it likes). Venus+Sun opposite Aries Moon indicates a lunation to show yourself more Venusian love and sweetness.

Easier said than done, of course, particularly because Aries can be hard not only on those around it, but even more so on itself. But with lovely Venus so prominent during this lunation, really focus on bringing some beauty and love into your Moon transit–walks alone along that gorgeous seaside path, with its high-built clouds. Unplug from the other and plug into your needs–it’s ok to do that. Attend to you rather than you-know-who.

With that in mind, check out where the Aries Full Moon will be highlighting your chart around October 10th and make your plans around it. Or you can extend the energy of the transit and think about its placement in a two week cycle, until the next New Moon.

The deliberative, consensus-building energy of Libra season is very far from your independent nature, which tends toward the dictatorial. On this Full Moon, however, you can be czar. Dictate the terms of your desires and brook no compromise.

Your Secrets sector will be highlighted by the Aries Full Moon. This is a privacy-loving and introspective transit. It also has to do with making and keeping secrets. Be a little shady by yourself. The solo Aries Full Moon should give your clandestine activities cover.

With your Friendship zone activated by the company-averse Aries Full Moon, you could find yourself rethinking dinner plans with your BFF. Reschedule and try that falafel joint down the street that no one ever seems to frequent. Maybe it’s a hidden treasure.

Full Moons are for completing things. With your House of Career being enflamed by this Aries lunation, it’s time to finish up a project and bask in the subsequent rays of recognition and reward. Aries is like caffeine. Use that boost on the 10th for something work-related.

This impetuous Aries Full Moon lights up your Travel sector. Does this mean you should just take a random overnight trip somewhere on your own with a little weekender bag packed full of slinky swimwear?

It’s your season with lovely Venus dallying in your sign. Extra special. You probably don’t want this little harbour of goodness to be interrupted by an independent Aries Full Moon in your Partnership zone. If you don’t want to fly solo, keep in mind that Aries energy is assertive. This lunation, insist on watching that documentary about how cats think.

Your Health sector gets activated by the independent Aries Full Moon. Here we have the perfect lunation for you to indulge in the joys and the loneliness of the long distance runner. Lace up your Nike Air Max, get your true crime podcast readied, and head yonder. If jogging is too high impact, walk instead for at least 10k steps.

Your Creativity zone will be energised by the rugged individualism of the Aries Full Moon. Full Moons augur culminations or completions and Aries will further energise action. Lock yourself in your studio, bedroom, or darkroom and finish up your poem, short story, or video installation about climate change.

Your Home sector will be alit on this ‘me-first’ Aries Full Moon. It’s an evening for an empty domicile, save the low volume ambience of Mozart’s Piano Sonata No. 11 and the patter of your slippered foot, as you stare out the window at the Moon in its fullness and grandeur.

Your Communication sector gets the Aries Full Moon treatment. Remember that Venus plays a strong role in this lunation: say loving things to others but more importantly to yourself. Do not succumb to harsh Aries with your words (it can be needlessly mean).

The somewhat selfish Aries Full Moon lights up your Money zone. Spend some loot and engage in a bit of retail therapy alone at mid-day. There’s such a thrill to empty department stores during the week, as you try on jeans with no one around. It’s a form of secular heaven, really.

Photo by Griffin Wooldridge on Unsplash

PREVIOUS
Your Libra horoscope predictions for 2022 have finally landed
NEXT
What is a birth chart and what does it say about your zodiac sign? 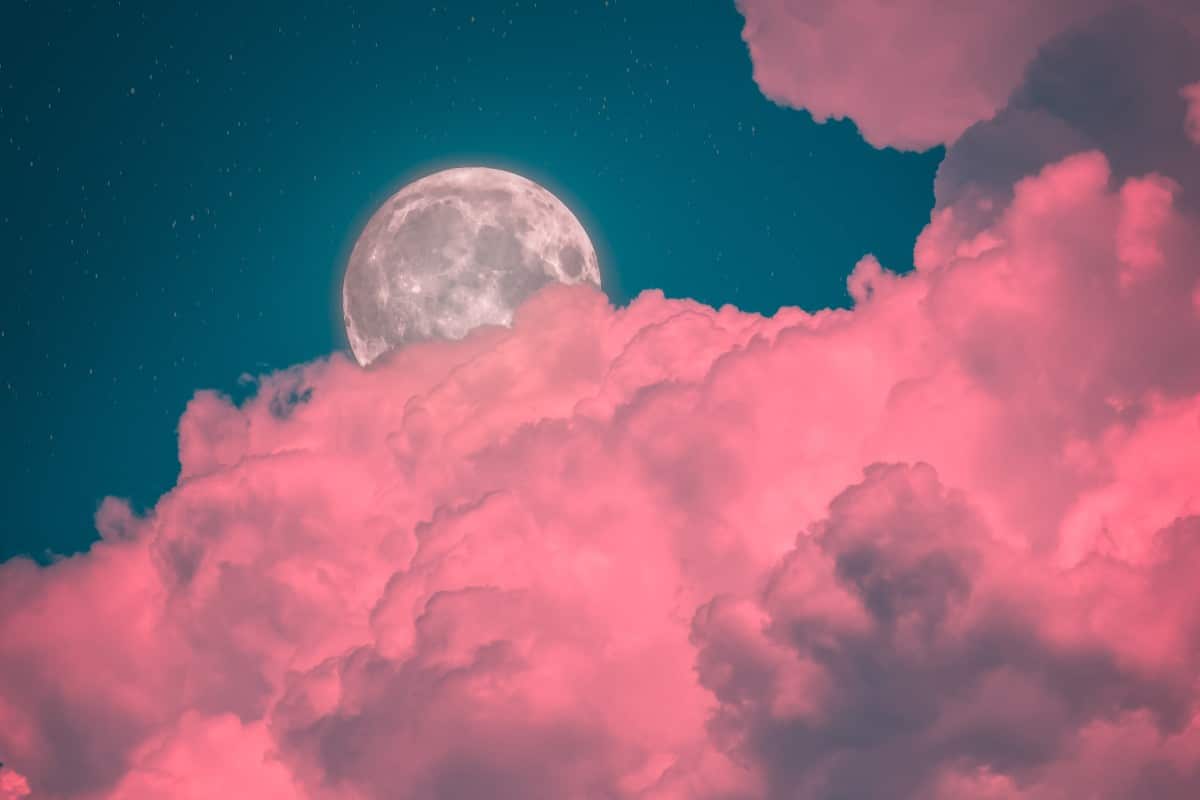