Timothée Chalamet can close up shop. He's officially made it. Sure, he might've won the lead role for multimillion dollar Dune and received hefty screen time in a certain Wes Anderson film, but that's all filler. His career-defining moment, at least as we see it, lay in recent praise he received from the godfather of American cinema. Yes, we're talking about Mr. Al Pacino.

We heard from the venerable Pacino at a screening of the restored version of Heat on the weekend, which was first released in 1995 and which he performed in alongside Robert De Niro. At the screening Pacino revealed that if Heat was ever to be remade, he would pick Chalamet to take on his role as Lt. Hanna. But that's not all. Al Pacino then went on to say “I mean, he’s a wonderful actor". Adding, “Great looks". We can respect that kind of audacity, especially when it comes from an Italian hunk like Pacino.

If Timothée Chalamet didn't faint on site hearing that whopping compliment then we're happy to do the honours. Also, we can't seem to get the image of Chalamet in an action film out of our head. I mean, he's certainly proved himself as a romantic lead, all the dramas he's starred in account for that. But imagine, a floppy-haired Chalamet all greased up in a suit, muscles bulging, running away from burning buildings and fighting bad guys? Is that really a stretch? It would certainly rid him of his dorky younger brother status. 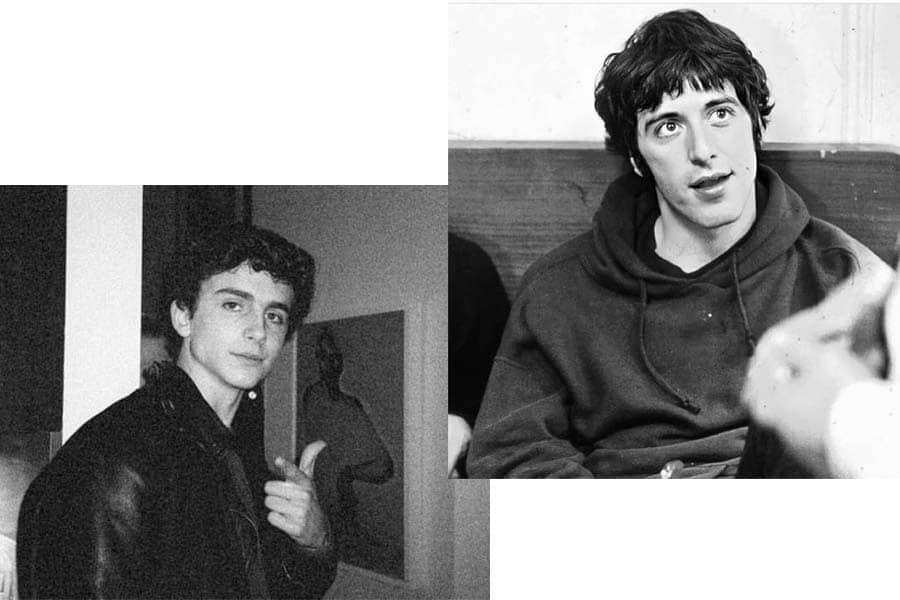 Plus, Chalamet does kind of resemble a younger Pacino? He's got the carved jawline, mop of brown hair and charisma to pull it off. Either way, I hope Timmy is sitting on a balcony in Europe lapping that compliment up. But first, he should call his agent to see if a Heat reboot is in the works?

PREVIOUS
Is the Duke returning to 'Bridgerton'? For the love of Regé-Jean Page, we sure hope so
NEXT
Florence Pugh is leading the Netflix adaptation of 'East of Eden'