Hollywood would be nothing without Robert De Niro. At this point monuments should be erected in his honour with that signature disgruntled grimace. Truly one of the greatest actors to ever grace our screens, and my (not so secret) celeb granzaddy crush. If you ever feel so obliged, or dare have the time to take a scroll down the near endless list of his IMDb profile, you will see that Robert De Niro has done his fair share of movies. Some may even say the greatest films of all time, of which there is at least one for each decade.

While we could never have the breadth to rank each and every one of his films, there are a select curated handful that we think is worthy of viewing, some underrated, many are known masterpieces. So, if you've never had the pleasure, or like me, you are simply a Robert stan wanting to fawn over some quality Lee Strassberg method acting. Consider this your guide for all the best Robert De Niro movies to watch for your next night in. 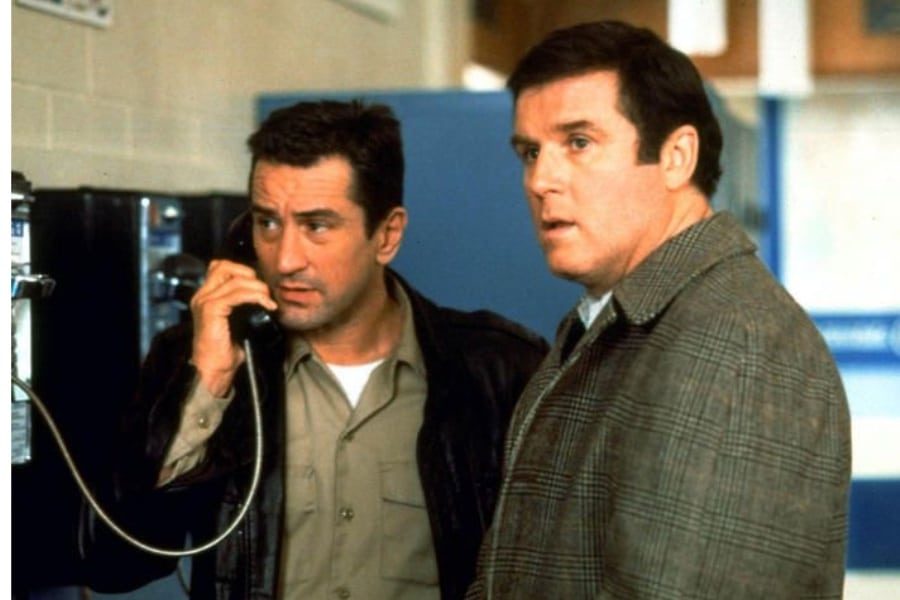 Underrated is a term I would use openly with this film, Martin Brest's Midnight Run takes the odd couple pair and runs with it flawlessly. The diametrically opposed duo of rough around the edges, bounty hunter De Niro is given the task to track down ex Mafia accountant (Charles Grodin) who skipped bail after embezzling money. What ensures is a chaotic cross country evading the FBI. A masterclass in De Niro's wry wit, which was honoured for a nomination at the Golden Globes. 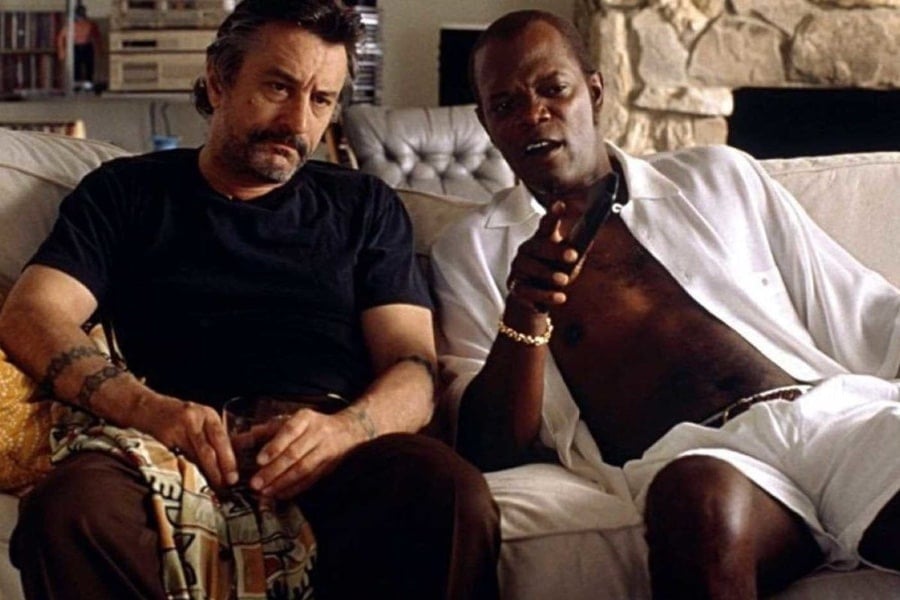 Like all Tarantino films Jackie Brown is laden with star power, that it's almost hard to recognise De Niro in this subdued role. In spite of this his performance as ex con man Louis Gara still holds weight and seems to get better after several viewings. Recently out of prison and living with his arms dealer pal Ordell (Samuel L. Jackson), Louis is zen to the point of ineffective, who's sole purpose is to smoke pot. When he’s pushed into the main plot of a flight attendant (Pam Grier) trying to turn on Ordell, he fails in spectacular fashion. Mobster De Niro not as you've seen him! 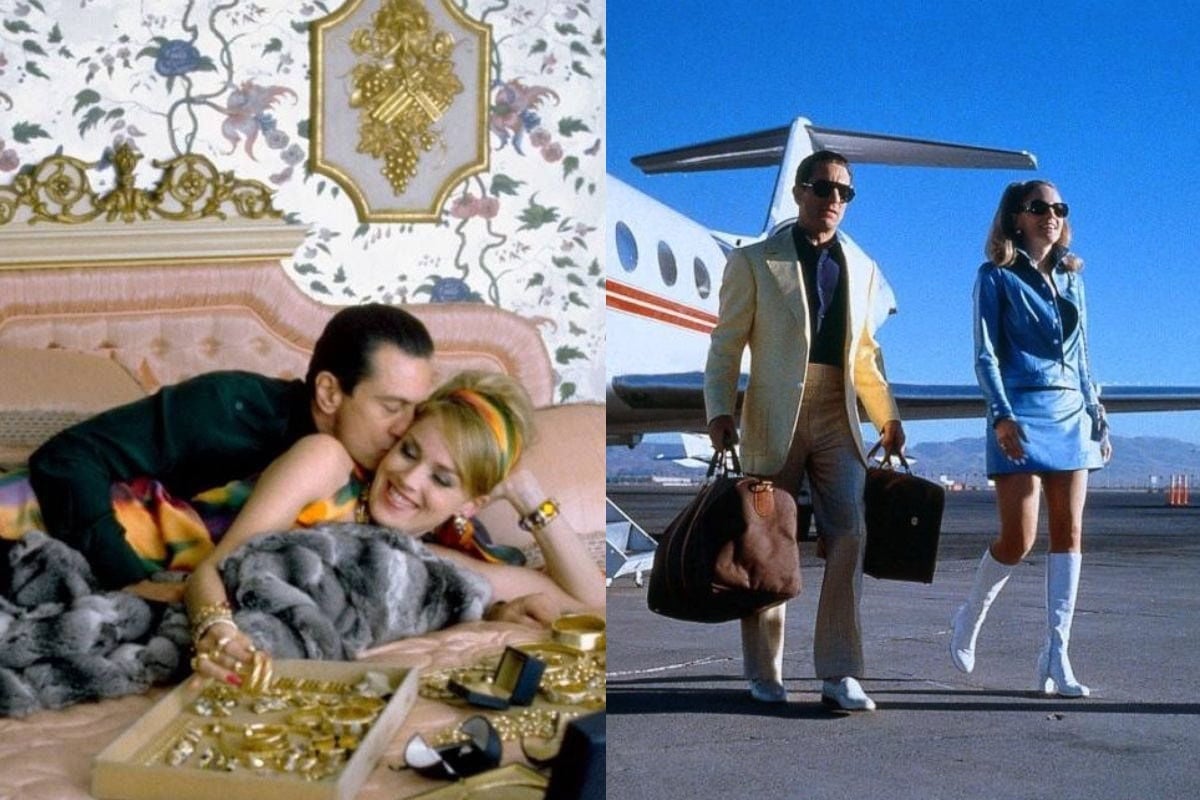 The duo of De Niro and Scorsese will always be high on our ranks and while this is perhaps not one of Martin Scorsese’s finest, it’s at least a wildly, entertaining one. Based on real life mafioso Frank Rosenthal. De Niro helms the film as Sam “Ace” Rothstein. A Jewish American gangster placed in charge of the Tangiers Casino in Las Vegas. Though he tries to stay above the chaos, the glitzy hedonism of sin city soon destroy him. Always playing things up, De Niro shows how he can be just as menacingly ruthless here than some of his wilder more aggressive roles. 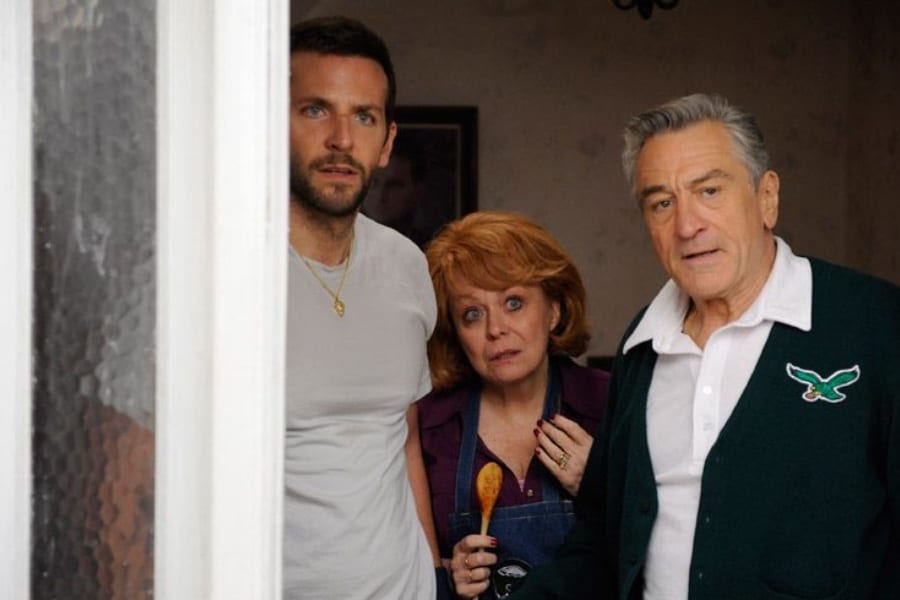 Although, admittedly the last decade for De Niro hasn't been his most favourable there is still the rare gem worth mentioning. When the mood strikes and he's gifted the right script he can really make some magic. There is better example of this then David O. Russell’s offbeat romantic comedy Silver Linings Playbook. A film you don't know whether or not to laugh, cry or both, sometimes all at once. Here he plays Pat Solitano, Sr., an obsessive compulsive Philadelphia Eagles fan taking in his bipolar son (Bradley Cooper) after he’s released from a mental institution. Some truly emotionally memorable scenes, enough so that De Niro garnered a worthy Best Supporting Actor Oscar nomination. A great watch. 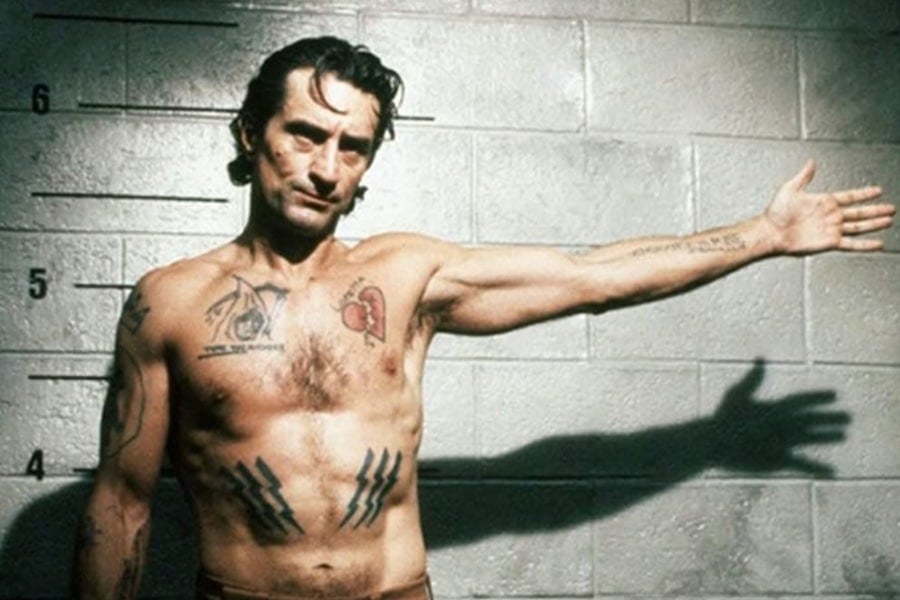 No one will ever hold the level of terrifying as Robert Mitchum in his original 1962 performance, but De Niro certainly puts his own disturbing villainous slant on it here in Martin Scorsese's remake. He makes his convicted rapist stalking the lawyer (Nick Nolte) who sent him to prison, into an almost eerily charismatic baddie, complete with tattoos and and vengeful rage. For all us geriatric millennial's the score instantly brings to mind that one episode of the Simpson's, that is objectively more relevant to us than the original movie that came before it. Watch when you need a hint of something sinister and thrilling in all the right ways. 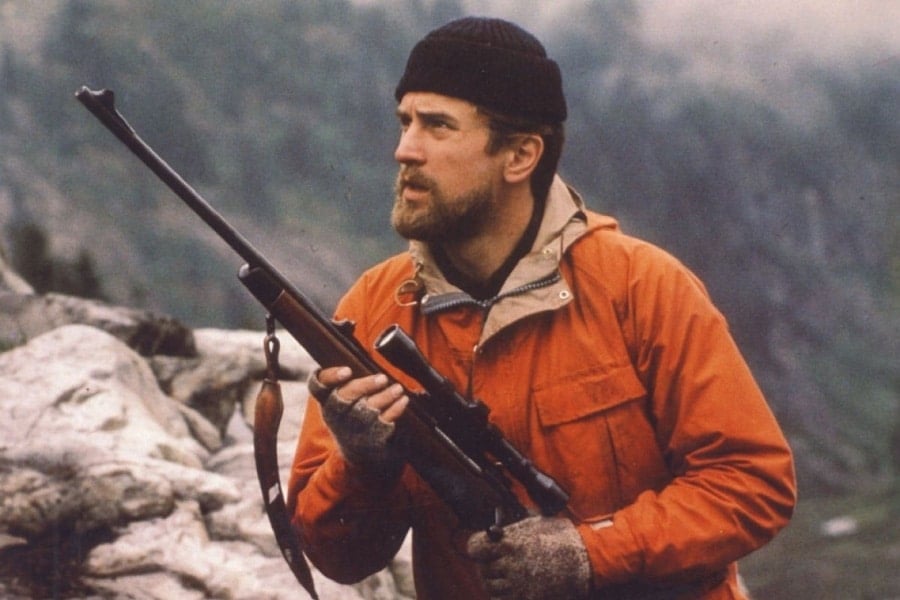 It's hard to put into words the polemic weight this film had on the post Vietnam world. Filmed barely three years after the war's devastating end in 1978, the film acts almost as a form of post traumatic therapy for the viewer. And in spite of it's morally inconsiderate lens of the Vietnamese people, the film still holds up to be one of the most significant of the decade. De Niro leads the story as Mike, who goes to battle with his best friends and comes home to find all of their lives in pieces. The film won five Oscars including Best Picture, bringing De Niro a nomination as Best Actor. 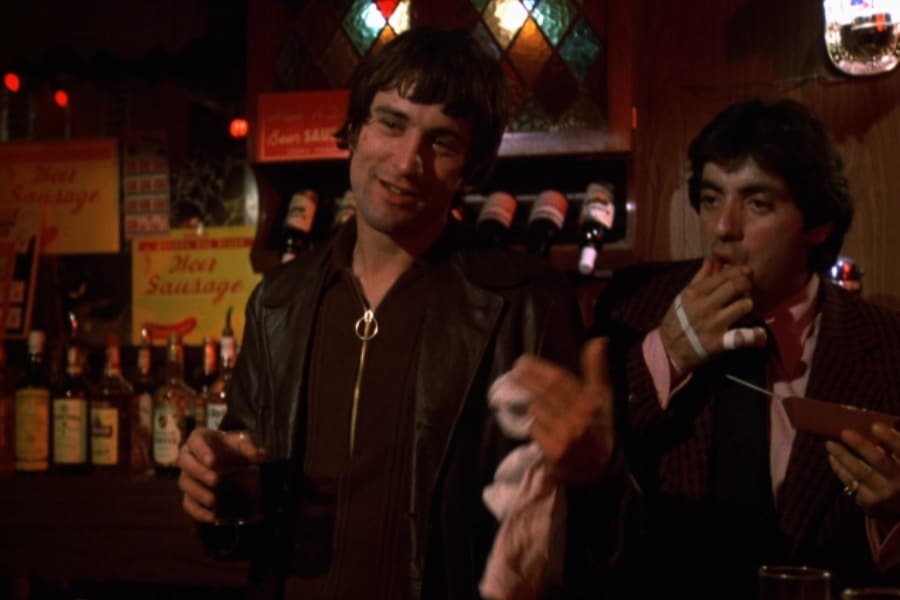 Cementing itself as the beginning of a very beautiful relationship between director Martin Scorsese and De Niro, Mean Streets is like a tasting plate of their combined genius. De Niro plays Johnny Boy, a petty hoodlum who behaves like a manic street comic, De Niro gave the performance that solidified him as a Hollywood great, perfectly harnessing the line between light hearted banter and violence that came to define Scorsese’s best work. Johnny Boy is a constant thorn in the side for best friend, Charlie (Harvey Keitel), provoking mob bosses by taking their money and failing to pay them back, then laughing about it afterwards. A great watch for the real OG De Niro fans! 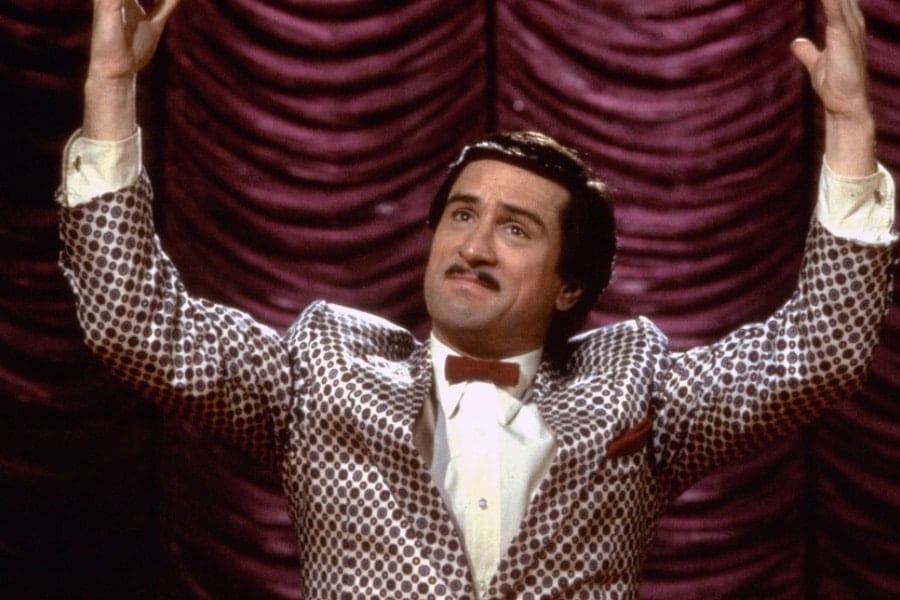 Quite frankly, a personal favourite of mine, and truly underscored in the De Niro film lexicon. For anyone who's ever contemplated selling their soul for the limelight, Scorsese's black comedy King Of Comedy is something of a cautionary tale. De Niro stars as Rupert Pupkin, a delusional aspiring stand up comic who practices his two-bit routines in his basement, complete with a mock set-up and cardboard cutouts of celebrity guests. His days are spent idolising the nation’s prime night host (Jerry Lewis), who he relentlessly pursues in tow with his equally unstable friend (Sandra Bernhard). When his stalking gets out of hand, he kidnaps his comedic hero and refuses to release him until he’s given a prime spot on his show. A tough call, but this was bumped up over his 2019 stint in The Joker, where he plays the reverse role in a very similar vain. 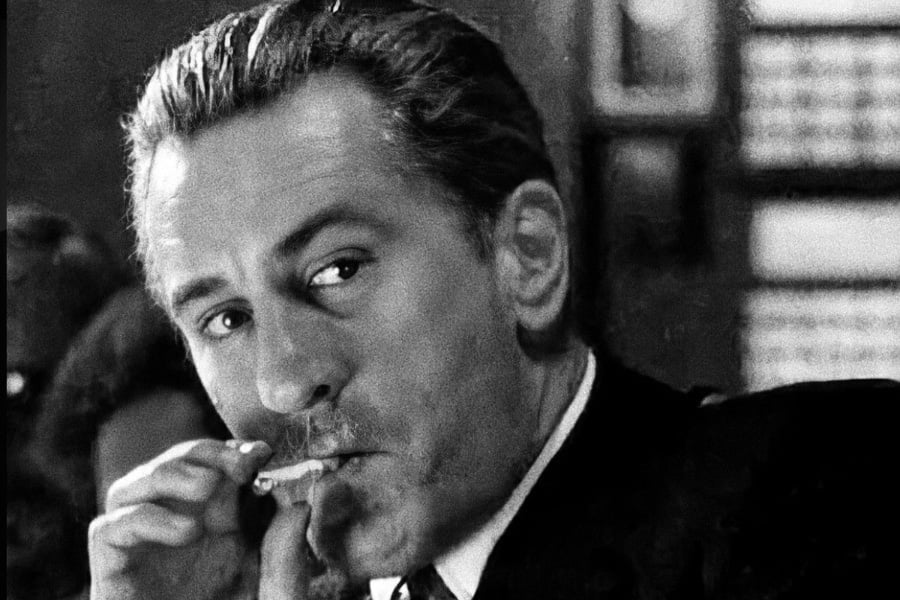 There are Scorsese films and then there is Good Fella's, truly the most entertaining and fast paced mafioso film out there. One of the truly lasting impacts of this film is the retrospective, family first view of the narrative. In this case, for Henry Hill (Ray Liotta), it’s not the high flying "wise guy" lifestyle: it’s the feeling of acceptance from his fellow mafioso pals. A band of brothers is formed and his relationship with the patriarchal Jimmy Conway (De Niro) makes the eventual demise of their relationships all the more tragic. The best lazy Sunday afternoon watch you will ever do. 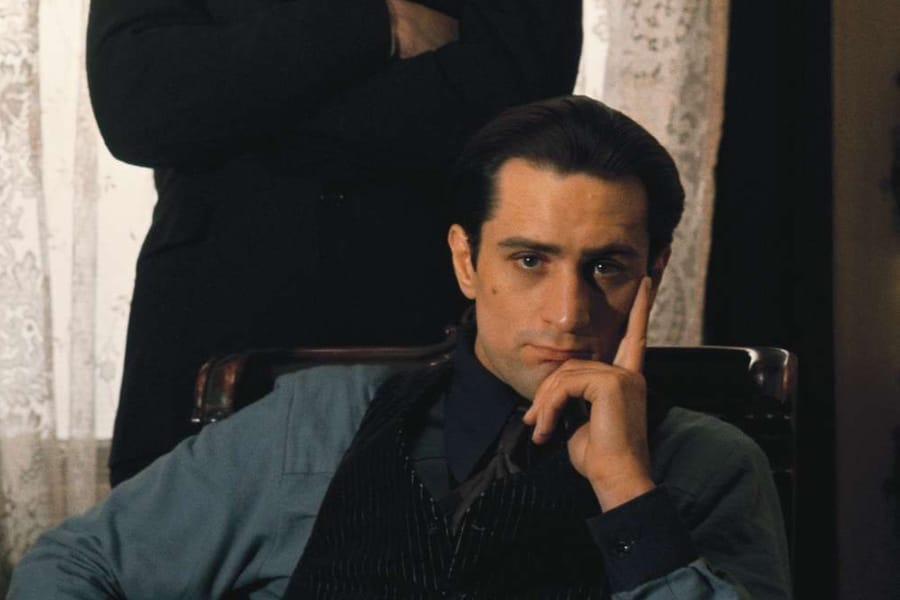 There has yet to be a sequel to trump the original like The Godfather, Part Two, a film that needs its own archival library at this point. The seamless parallels between the rise of Michael Corleone (Al Pacino) with that of his father, Vito (played in flashback by De Niro), in 1920s New York is a piece of cinematic gold thanks to the genius of Francis Ford Coppola. In no way trying to mimic the Marlon Brando’s legendary  performance in the first film, De Niro makes this film his own, playing a young immigrant who will do anything for his family, including getting embroiled with some unsavoury figures. One of his finest performances to date which is cemented by a Best Supporting Actor Oscar. 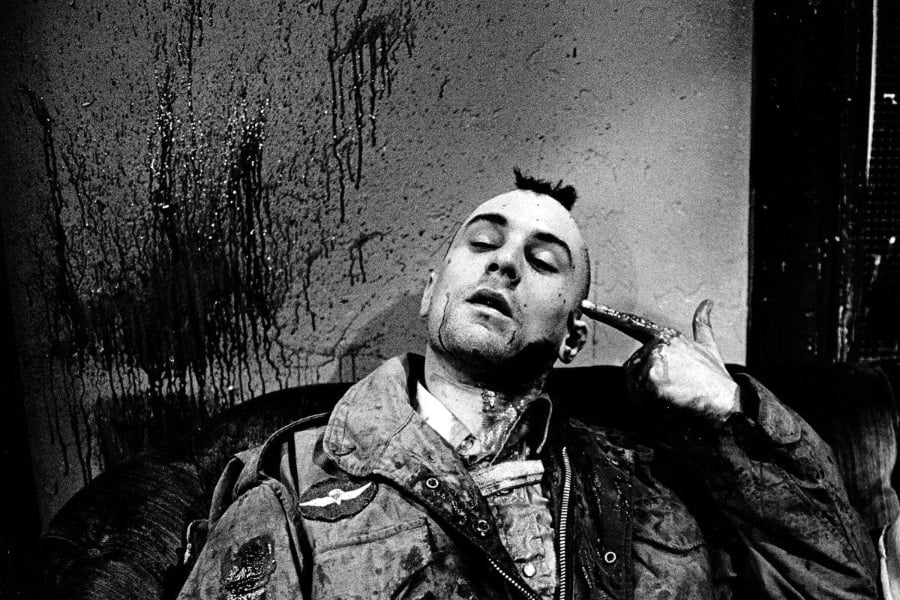 Not a single person, not one on this planet will not be familiar with the famous line "Are you talking to me?". At some point in your life you will find yourself doing this in a mirror no doubt. At this point, mostly all of De Niro's truly masterful roles have always been accompanied by an equally accomplished female counterpart, usually a rough around the edges renegade, or in this case a prostitute [Jodie Foster]. Scorsese once again brings another nightmarish journey down the chaotic New York metropolis rabbit hole with Taxi Driver. Here, De Niro plays an alienated cab driver prowling the streets for a new face to talk to. Every attempt to connect falls on deaf ears, But there’s a chance of heroic redemption when he decides to rescue a teenage prostitute (Jodie Foster) from her pimp (Harvey Keitel).

So you've just watched Jackie Brown with Robert and now you're wanting to watch some more vintage Tarantino? Take a look at our definitive guide to Quentin Tarantino films for your best movie marathon session.

PREVIOUS
If you ever wondered what a Birkenstock and Nike collaboration would look like there is finally an answer
NEXT
Dear Mama: A new docuseries will focus on the relationship between Tupac and his mother