Australian fashion has AAFW, cricket has well... whatever cricket has. As for Australian music? The biggest event of the year is always the ARIA Awards. At the 2022 ceremony, there was much to celebrate, and also to reflect on with the recent passing of icons like Archie Roach, Judith Durham and Olivia Newton-John. Baker Boy cleaned up and even Harry Styles was recognised (?). But if you missed the festivities, no matter, we're bringing you the 5 most memorable moments from the 2022 ARIA Awards. Find them, below.

Among the five awards the Yolngu artist took home at this year's ARIA Awards, including best solo artist and best hip-hop release, Baker Boy was celebrated with the title of Album of the Year for Gela. He accepted the biggest award of the night in the language of the Yolngu people. 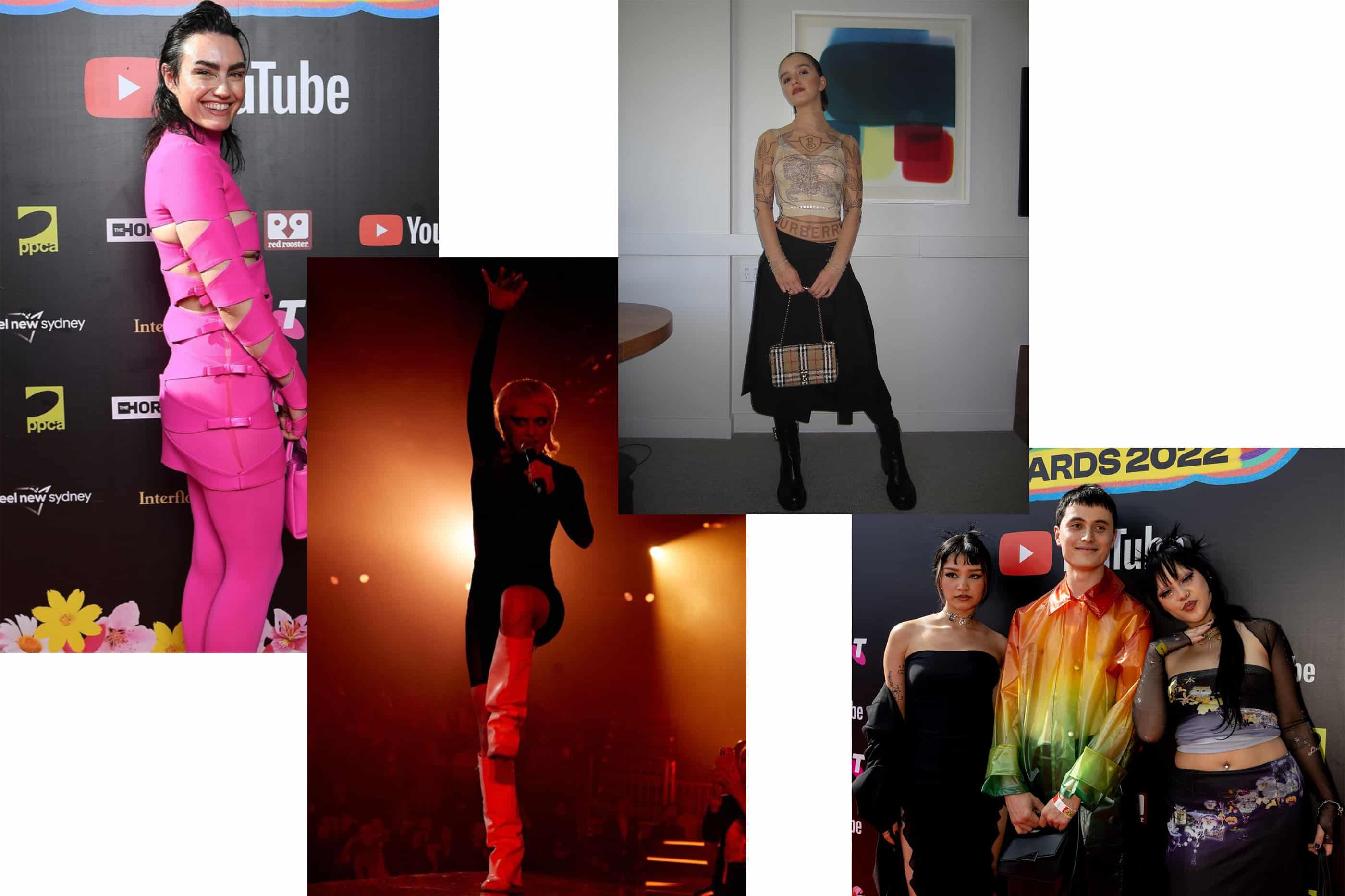 We're here for the music yes, and to see all the artists get their flowers, but we have eyes too, and thankfully musicians like Isabella Manfredi, Amy Taylor, Ayesha Madon, Budjerah, Eves Karydas and Cat and Calmell put them to good use. There was Valentino's PP Pink, Burberry, Versace and Mugler, as well as a healthy showing of local designers, with artists such as Becca Hatch repping Rachel Gilbert and BARKAA sporting a gown designed by Ikuntji Artists.

It was a crushing moment when Archie Roach passed away in July this year, and to honour his life and unparalleled influence, Budjerah, Thelma Plum and Jessica Mauboy banded together for a moving performance of his track One Song. To cap things off, One Song was also recognised as Best Independent Release, so you should all go listen to it.

4. Amyl and the Sniffers perform Guided by Angels

The woman of the night! You're looking at the winners of Best Rock Album and Best Group, which is so well deserved. Anyway, the band took to the stage to perform Guided By Angels last night, which reminded everyone that they had a pulse. All energy. We're obsessed.

Apparently this is Flume at the #ARIAs??? Wtf pic.twitter.com/r9B7spQSW5

Honestly, we have no words really. There's anonymity and then there's dressing like a giant turd-cum-meteor. At least he's having fun.

PREVIOUS
Your guide to what's on across Australia this weekend
NEXT
Get to know Jenna Ortega, the star of Netflix's 'Wednesday'