Candy, darling! She came from out on the island to be a star. Little did she know her name would be weaved into lyrics and dashed across the big screen. With a film about her life in the works, starring Hari Nef no less, we revisit the legacy of trans icon, actress and Warhol muse, Candy Darling. Below, find five things to know about the late superstar. 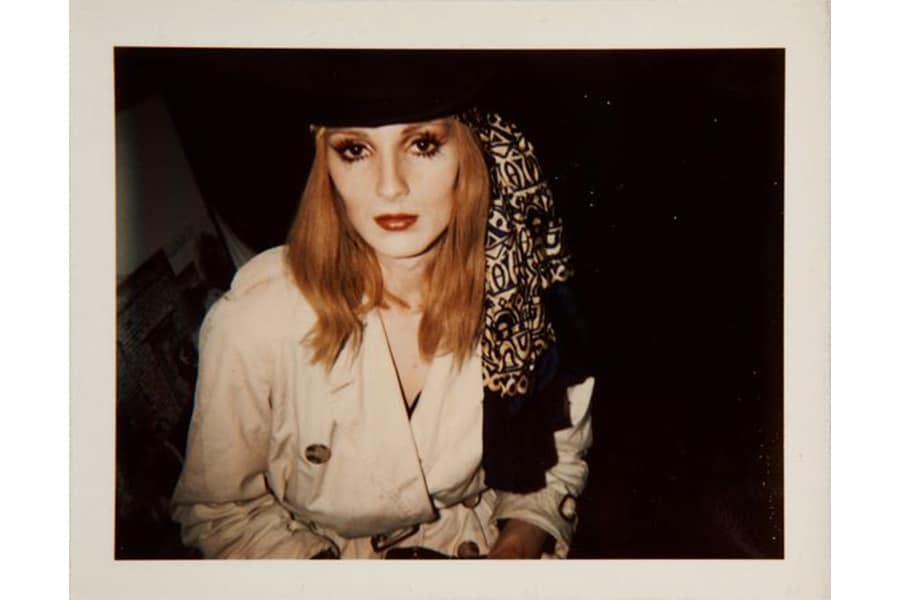 1. She grew up in Long Island

Let's start at the beginning. Candy Darling was born on November 24, 1944 in Queens, making her a Sagittarius for all the zodiac-obsessed. At the time, her mother, Theresa Phelan was a bookkeeper at the Jockey Club in Manhattan, while her father Jim Slattery was described in Darling's published personal diaries My Face for the World to See as a "a violent alcoholic who spent a lot of time at the racetrack".

Darling had a half brother, Warren, from her mother's first marriage too. When her parents eventually divorced, Theresa and her two children uprooted to a small bungalow in Massapequa Park, Long Island, where she began work for a telephone company.

Darling's infatuation with acting began young. She was glued to the television as a child, absorbing old Hollywood films – her favourite show being Million Dollar Movie – and spent much of her time impersonating her favourite actresses. Candy Darling would often take trains late at night into Manhattan to escape the prying eyes of small-town suburbia and to hang out in Greenwich Village. According to fellow trans actor Holly Woodlawn, Candy originally went by the name Hope, and Jackie Curtis said this came about while she was living with a girl named Hope Stansbury so that she could "study" her. The name Candy Darling sprouted from her love of sweets and allegedly because a friend named Taffy Tits Sarcastic used to drag Darling around the West Village saying, "Come on, let's go Candy, darling".

2. Her acting career was on the upswing

By the time Candy Darling had stationed herself permanently in Manhattan she was in the company of equally iconic transgender actors, Jackie Curtis and Holly Woodlawn. Together they were members of the East Village experimental theatre group, La Mama Etc.

It was Jackie Curtis that introduced Candy Darling to Andy Warhol, after she invited Warhol to watch them perform in a play, Glamour, Glory, and Gold which also starred a baby-faced Robert De Niro. From then on, Warhol enlisted Darling to act in a handful of films produced by him and directed by Paul Morrissey. They include, Flesh and the 1971 cult classic satire Women in Revolt.

Darling's acting career took off as she became more enmeshed with Warhol's Factory crowd. Tennessee Williams urged her to act in his play Small Craft Warnings, and she appeared in Tom Eyen's production of The White Whore and the Bit Player almost a year before her untimely death. Darling also acted in Klute too alongside Jane Fonda, and starred in Lady Liberty with Sophia Loren. 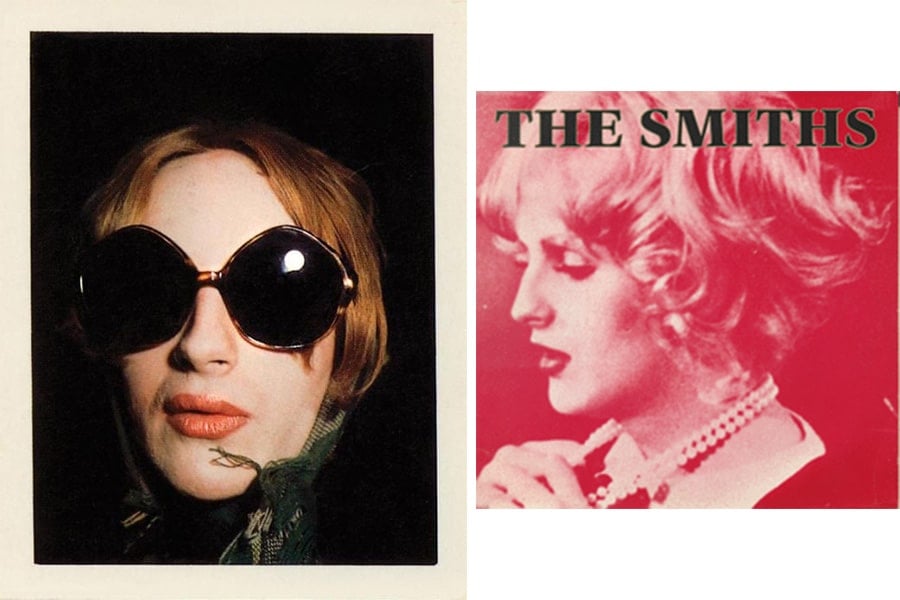 3. She was the subject of many famous songs

Like most cult figures in Warhol's orbit, Darling has a profound impact on culture. She shaped the music of many artists, most notably influencing the work of St. Vincent, as well as being written into the lyrics of Lou Reed's "Walk on the Wild Side", and being the subject of "Candy Says" by the Velvet Underground. Her face even appeared on the 1987 single cover of "Sheila Take a Bow" by The Smiths. And anyone that's read Patti Smith's popular memoir Just Kids will have clocked her various cameos. 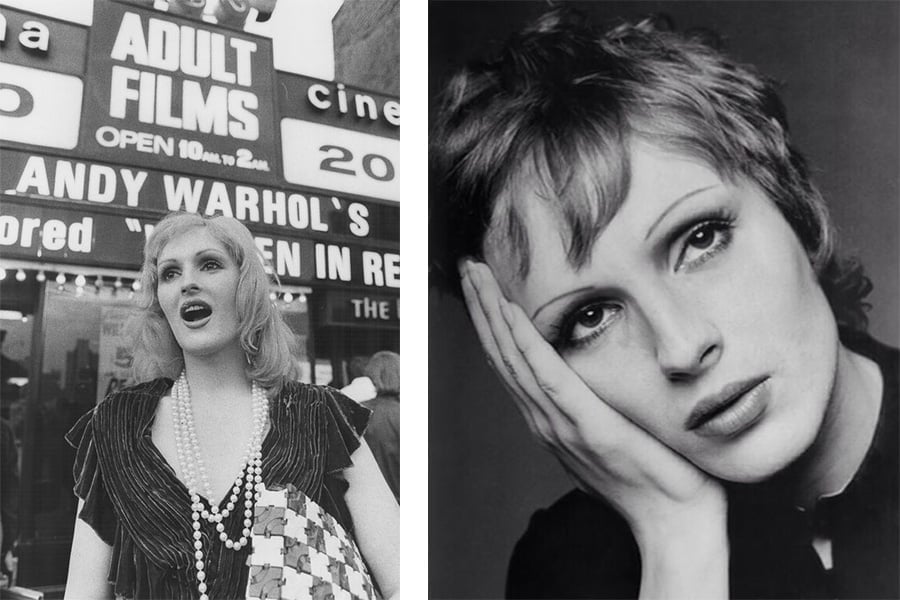 4. Hari Nef will play Candy Darling in a biopic about her life

Darling's legacy is being spotlighted in an upcoming biopic starring Hari Nef  – a transgender actor herself. Written by Stephanie Kornick, the film will cover Candy Darling's rise, from a childhood spent competing in Long Island beauty pageants to her years alongside Holly Woodlawn and Jackie Curtis. It will also recount her time starring in Women in Revolt too. No doubt it will relaunch Darling back into the zeitgeist.

Speaking on her appointment as Candy Darling in the forthcoming film, Hari Nef said in an Instagram post, "Candy Darling is the blueprint: a transsexual glamour girl and indie icon reigning over Warhol's Manhattan and Nixon’s America. She burned fast and bright. more than anything, she wanted to be taken seriously as an actress. She taught girls like me how to dream – perhaps even how to be at all."

"I have a drawing from her diary tattooed on my arm," Nef continued. "It's the honour of my life to get the chance to play her on the screen, where she remains… This is an overwhelming joy and a privilege I take very fucking seriously! I’ll see you all on the wild side." 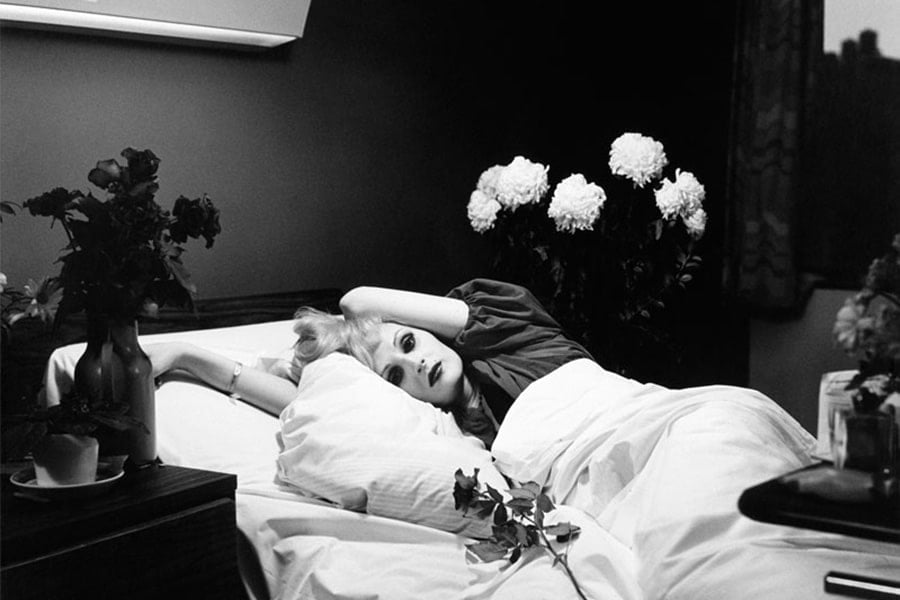 On March 21, 1974 Candy Darling died at the tender age of 29. The cause of her death was lymphoma, and in an interview with i-D, Darling's best friend Jeremiah Newton described the moment she found the lump. "The beginning of Candy's illness was horrifying, she had a lump in her stomach," Newton explained. "Candy said, 'Jeremiah, I'm pregnant!' I said, 'Dear that's not possible!' She went into hospital for investigative surgery but it was too late, the tumor was too far advanced."

Months later when Darling was to undergo surgery, she phoned all the photographers she knew the day before, for one final photo and that's how that famous Peter Hujar photo came about. "If you ever see the contact sheet of that famous shot I'm sitting at the side," Newton said. "That image is unforgettable, Candy's gaze. She knew, she knew it was the end."

Before her death, Candy Darling left a final note addressed to her friends. It read, "By the time you read this I will be gone. Unfortunately before my death I had no desire left for life. Even with all my friends and my career on the upswing I felt too empty to go on in this unreal existence. I am just so bored by everything. You might say bored to death. It may sound ridiculous but is true."

"I have arranged my own funeral arrangements with a guest list and it is paid for," she continued. "I would like to say goodbye to Jackie Curtis, I think you're fabulous. Holly, Sam Green a true friend and noble person, Ron Link I'll never forget you, Andy Warhol what can I say, Paul Morrissey, Lennie you know I loved you, Andy you too, Jeremiah don't take it too badly just remember what a bitch I was, Geraldine I guess you saw it coming. Richard Turley & Richard Golub I know I could've been a star but I decided I didn't want it. Manuel, I'm better off now. Terry I love you. Susan I am sorry, did you know I couldn't last I always knew it. I wish I could meet you all again."

PREVIOUS
Mo Amer and Ramy Youssef team up for new A24 Netflix series, 'Mo'
NEXT
Paul Mescal is both dad and daddy in the tender film 'Aftersun'