One for the ages. Tiffany & Co. celebrate 50 years of its Elsa Peretti Bone Cuff with the launch of two new iterations of the iconic piece. The reimagination comes in the form of new colours; red, blue and green hues, and in addition to the new colours, the yellow and white gold classics have been updated to feature semi-precious black jade, green jade and turquoise hand-carved stone options for the first time ever. 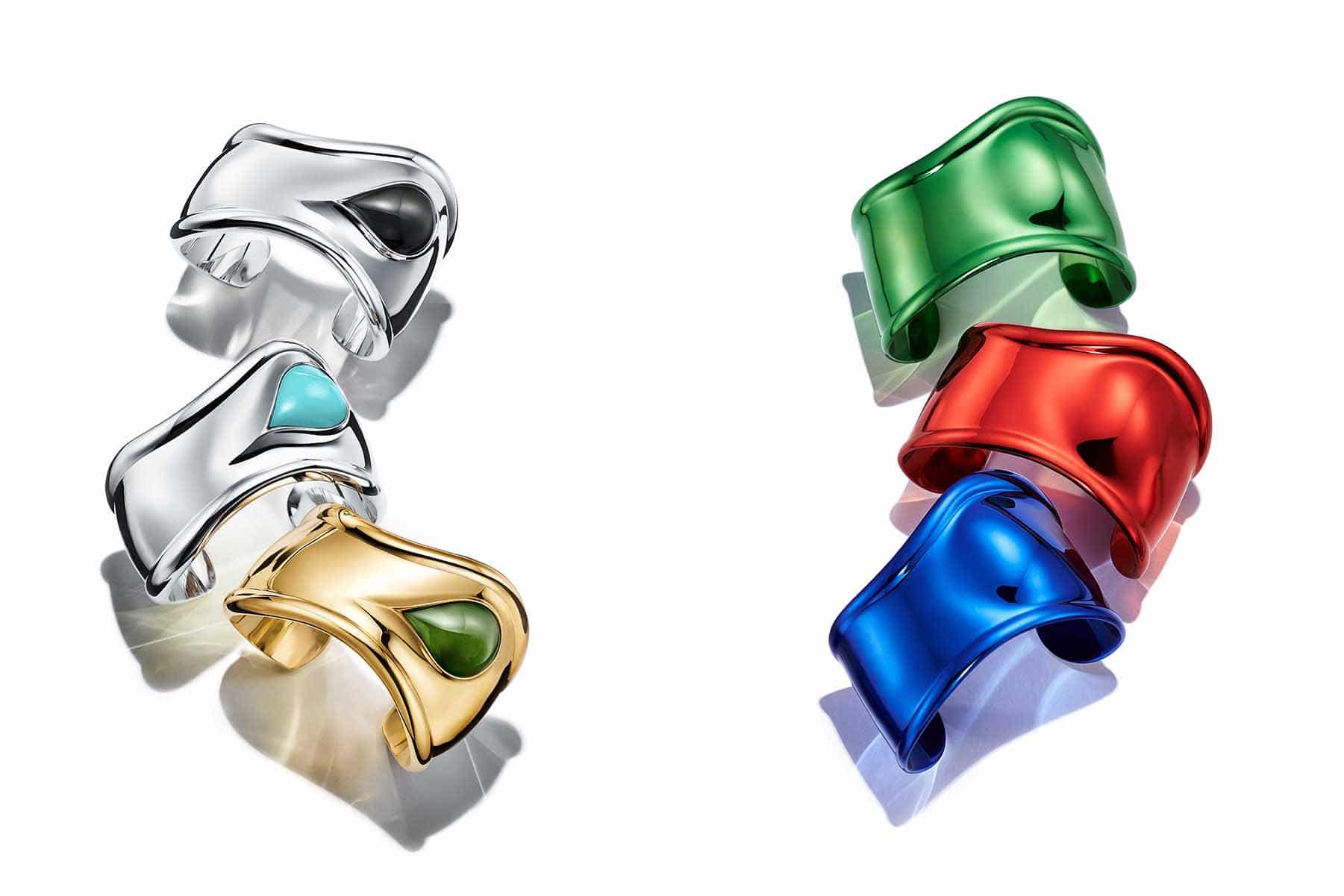 In an age that is decidedly lacking sparkle, the new interpretation of such an historic piece - one which is rooted in liberation and strength - is welcome news. It's a reminder of the finer things and the ways in which hope can be imbued in expressions of creativity, just as Peretti showed us with Tiffany & Co. five decades ago.

Peretti’s historical Bone Cuff design showcases the designer’s curiosity and creativity through the sensual nature of a solid object that appears fluid - like liquid metal cuffing the wrist, seeping into the gaps between skin, armour and jewellery. Peretti drew inspiration from her visits to a Capuchin crypt in Rome as a young girl, and her time spent in Barcelona inspired by Antoni Gaudí’s Casa Milà. 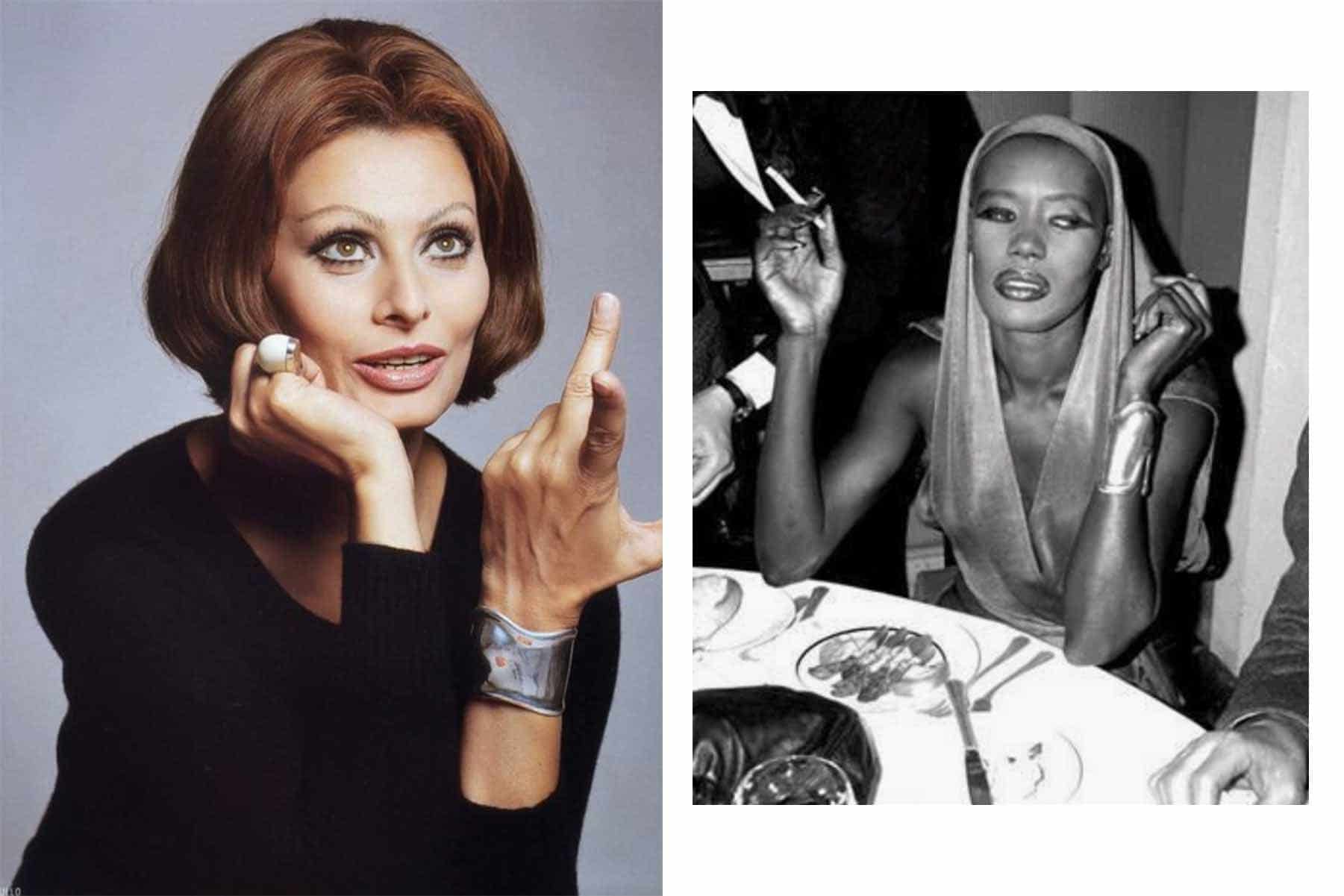 As for the cuff itself, it was introduced in the 1970s, during the height of women's liberation and second-wave feminism - where great-grandaughters of the women's suffrage were swept into feminism by the civil rights movement. As such, the cuff served as a symbol of strength and agency of one's autonomy. Throughout its history, the Bone Cuff acts as an enduring symbol of solidarity in a fearless display of groundbreaking design. As testament to this, Peretti's first collection with Tiffany & Co -  first released with the inclusion of the Bone Cuff -  sold out on its opening day. It crystallised her vision of skin-like armour forever in the hearts of all those who experience her design.