Paris Fashion Week of January this year had the world in anticipation for the launch of Thom Browne New York's new childrenswear line; the release of a collection of Thom Browne suits, uniforms and its signature triple striped trademarked ready to wear scaled down into miniature iterations for children worldwide.

Now, following up on its childrenswear release, New York's infamous native Thom Browne has teamed up with photographer Cass Bird and 9 year old actor Alan Kim to play grown ups in its clever new campaign titled "...Another Day in the City...".

Paired back, black and white and simple, the short campaign film takes on a light hearted and humourous approach to childrenswear campaigns, featuring young star Alan Kim take on a play in role reversal. Playing dress ups and growns up in a comic tailspin, 9 year old childrens actor Alan Kim takes on the role of a parent dropping of his adult child to school. 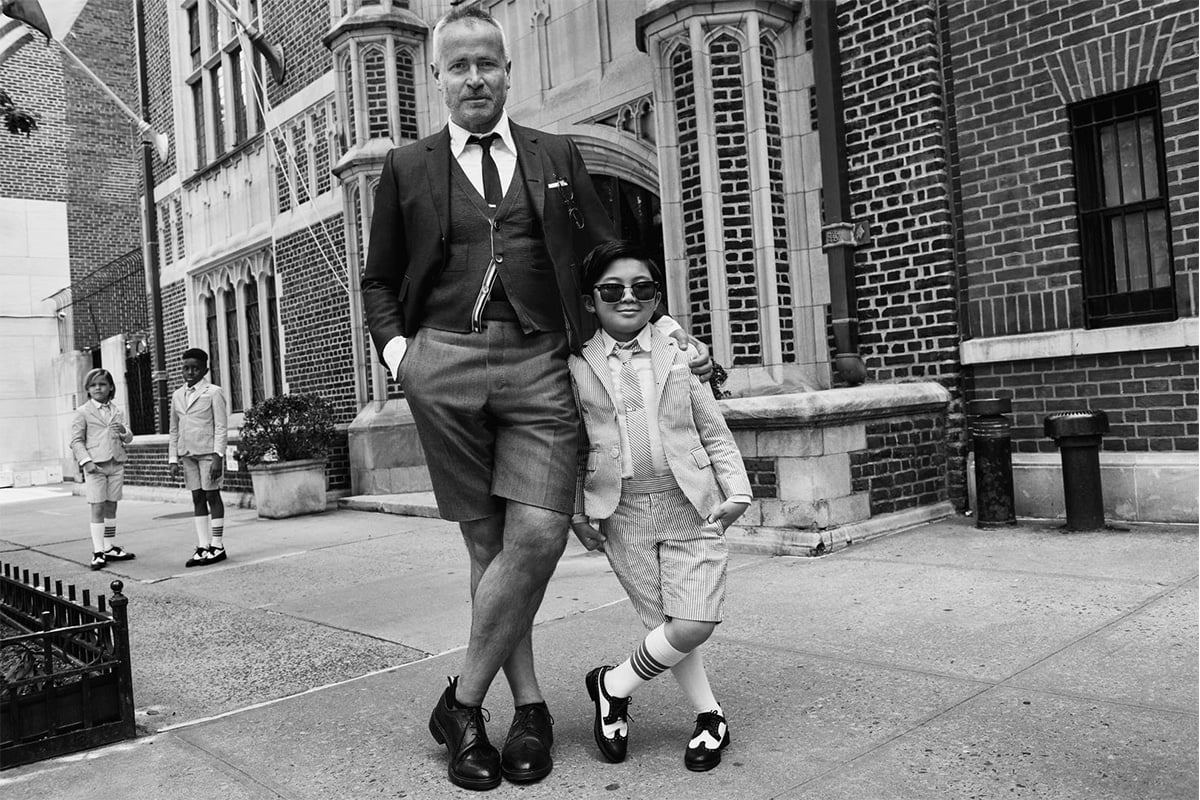 “It was easy to communicate with [Alan on set] because he was a professional,” Thom Browne told W Magazine, “He’s a charming kid.”

Young actor Alan Kim is dubbed a rising star and soon becoming closely aligned with the brand having been dressed in Thom Browne for high profile award shows such as the Oscars and the BAFTAS. The new collection includes both seersucker and madras check suits, brogues and sport coats as part of Thom Browne's universe and is available now on thombrowne.com and in Thom Browne boutiques. 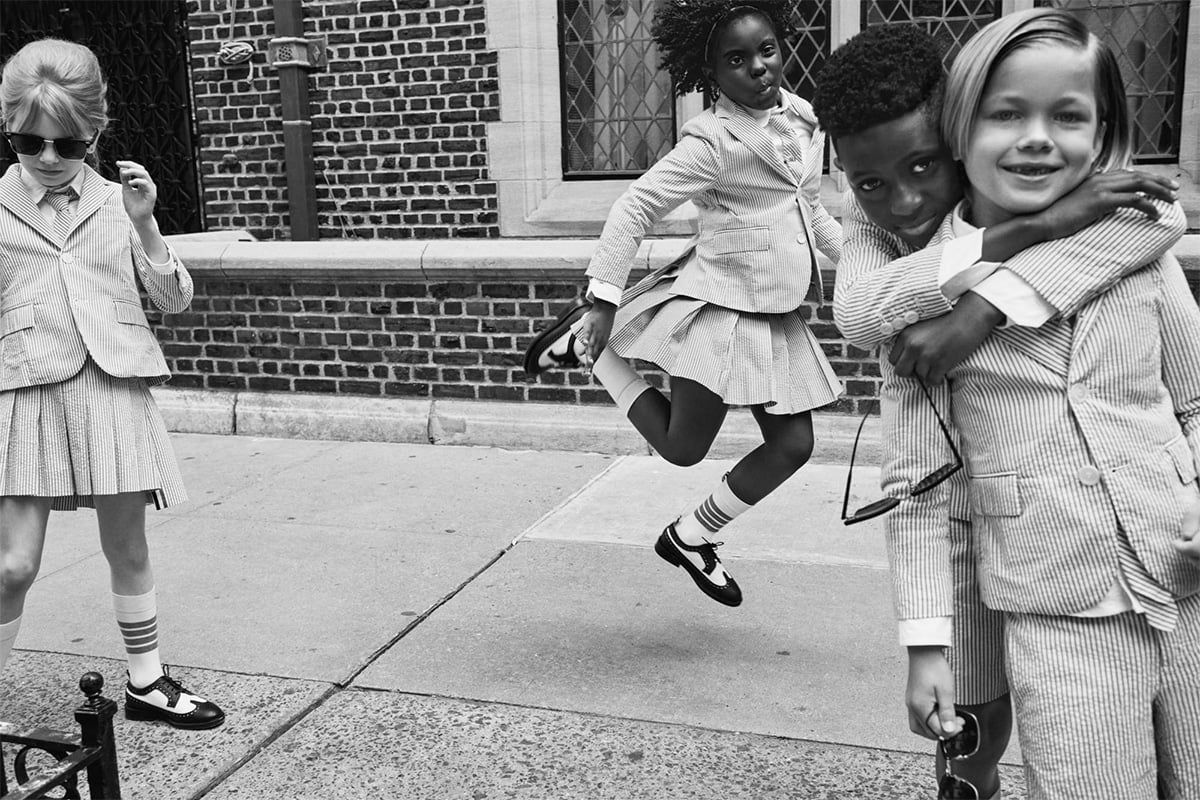 PREVIOUS
A moment, please! For Dev Hynes style
NEXT
Tiffany & Co. Save The Wild collection localise its efforts with Koala conservation