The Ryan Murphy machine continues to pluck out cultural icons and refashion their stories into television series. From Monica Lewinsky to the tragic love story of JFK Jnr. and Carolyn Bessette Kennedy, his next subject is equally if not more mythologised. Using his autobiography as the source material, Murphy is pairing up with Netflix to deliver a docuseries on the life of beloved iconoclast Andy Warhol.

Taking its title from Warhol's autobiography written with the help of journalist Pat Hackett, the six-part series is called The Andy Warhol Diaries. In a period spanning over a decade, Warhol would phone Hackett, who was also his longtime friend, and dictate the contents of his journals to her, which she later edited and published in the wake of his death. 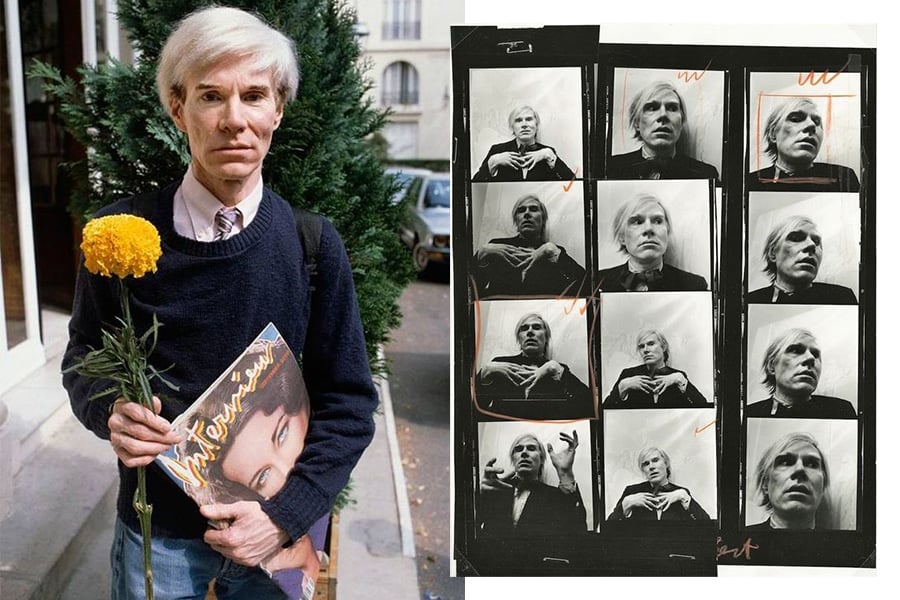 What is The Andy Warhol Diaries about?

For those who have yet to read the book, the Netflix series will follow the crescendos and falls of Warhol's life in his own words. Beginning with his upbringing in Pittsburgh to Austrian-Hungarian parents, the series will chart Warhol's immense fame, diving into his work at The Factory and the relationships he fostered with those in his orbit at the time like Basquiat and Edie Sedgwick. It will dig into his peculiarities and hang ups, speculating on his intensely secret romances while weaving in anecdotes and personal accounts from those nearest to him. Think John Waters, Debbie Harry and Rob Lowe.

What's more and rather creepily, director Andrew Rossi together with Ryan Murphy, is using AI technology to mimic Warhol's speech patterns to create a digital voice identical to the artist's. The voice is being used to read from Andy Warhol's diary as though he were reading it himself. While we're not sure how we feel about this particular aspect of the show, it does trudge the murky territory of consent. In an interview with W Magazine, Rossi was quick to temper these qualms saying that Warhol wanted “to be a machine" as "machines have less problems" remembering his quote, "I do have feelings, but I wish I didn't". Rossi also assured that the Andy Warhol Foundation were in support of the series.

When will The Andy Warhol Diaries be released?

Anyone keen to watch the series won't have to wait long. The Andy Warhol Diaries is set to land on Netflix on March 9.

Is there a trailer?

Preview the trailer that gives a brief glimpse into the life and legacy of Andy Warhol, below.

PREVIOUS
Here is a list of everything coming to Netflix in March
NEXT
Aesop's Queer Library has come to Paddington, with more than 60 LGBTQIA+ local authors to explore