After a long-anticipated wait, the official trailer for Netflix's eerie retro thriller, Stranger Things season four has been released, and it is just about as creepy as you'd expect from a TV show set in the supernaturally-ridden small town of Hawkins, Indiana, where there are demonic creatures that drag you into a depraved void called the 'Upside Down'.

The 30-second trailer which was shared online on August 6 is the first look we have been given since the series released two teaser clips earlier this year. Watching the clip, you may recognise some familiar moments and scenes over the course of the last three seasons; mixed with new shots from season four. As we have come to learn and expect from Stranger Things, it looks like the upcoming season will be filled with more creepy and wild adventures. Watch the trailer for season four below.

The almost two-minute teasers that were posted to the show’s official YouTube channel on May 6 are a vastly different image from the chaotic events to come. In the first teaser, a collection of retro TV sets are displayed, showing nothing but interference. During the course of the two minutes, cryptic images flash across the screens, showing a clinical room with a rainbow stripe painted across it, a blood-spattered chessboard, a metal door handle, and a billiards eight ball - enough to have die-hard fans spiraling at what it could all mean. Shortly following, the show released another teaser as a sort of elaboration to the initial teaser.

This time, the images that appeared on the television screens are fleshed out. We hear the voice of Dr. Brenner as children play with various puzzles, along the rainbow stripe, and on the chessboard. Brenner - the leader of the lab where Eleven was raised and her old "Papa" walks down a hallway, appearing to be very much alive in whatever this appears to be. A hallucination perhaps? A dream? Only time will tell.

"Today, I have something very special planned for you," Brenner eerily says as the camera pans to a room with the number 11 on it. “Eleven,” he says, “Are you listening?” Creepy stuff! No?

While we will have to wait until 2022 to find out what it all actually means, we don't doubt that there will be a scattering of more breadcrumbs over the course of the next long months in teaser form for an opportunity to piece it all together again. Like, for instance, this snippet of Eleven with...bangs? We definitely wouldn't have guessed that her hair evolution would take this turn. It appears that just like us, Eleven too is fond of taking a pair of scissors to her hair. Let's just hope she's kept them on hand because it looks like she'll need them wherever she's going. Those suited men do not look fun. 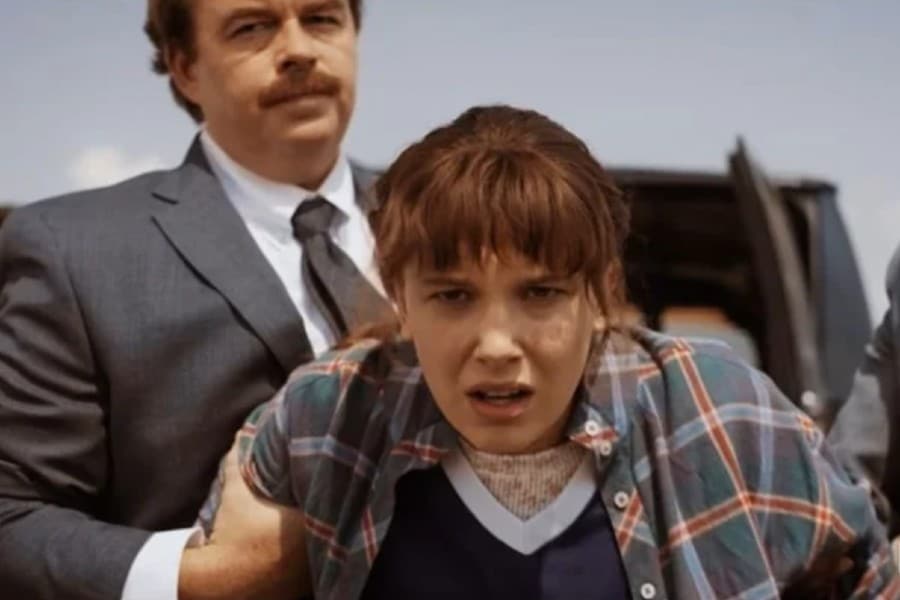 You can watch both teasers for Stranger Things season four, below.

PREVIOUS
'The Last Letter From Your Lover' is the captivating love story we're all craving right now
NEXT
Jenny Holzer and more have contributed to the M.M.S art box with thoughtful condoms

After a year of having our peepers glued to the TV, we’ve finally arrived at the doorstep of the 2021 Primetime Emmy Awards