At Paris Fashion Week, Saint Laurent returned to its spiritual haunt of the Eiffel Tower, with stars above and sitting in the front row watching on in adoration. A Summer 23 collection imbued with House codes alongside experimental motifs, Creative Director Anthony Vaccarello continued his crusade of blending the past with the present.

The collection itself was quintessentially Vaccarello, consisting of a largely muted palette and a considered collection of YSL staple garments. For this collection, Vaccarello referenced American modern dancer and Martha Graham, particularly the tubular sheath worn by the 1930s icon, which enveloped her body from head to toe. 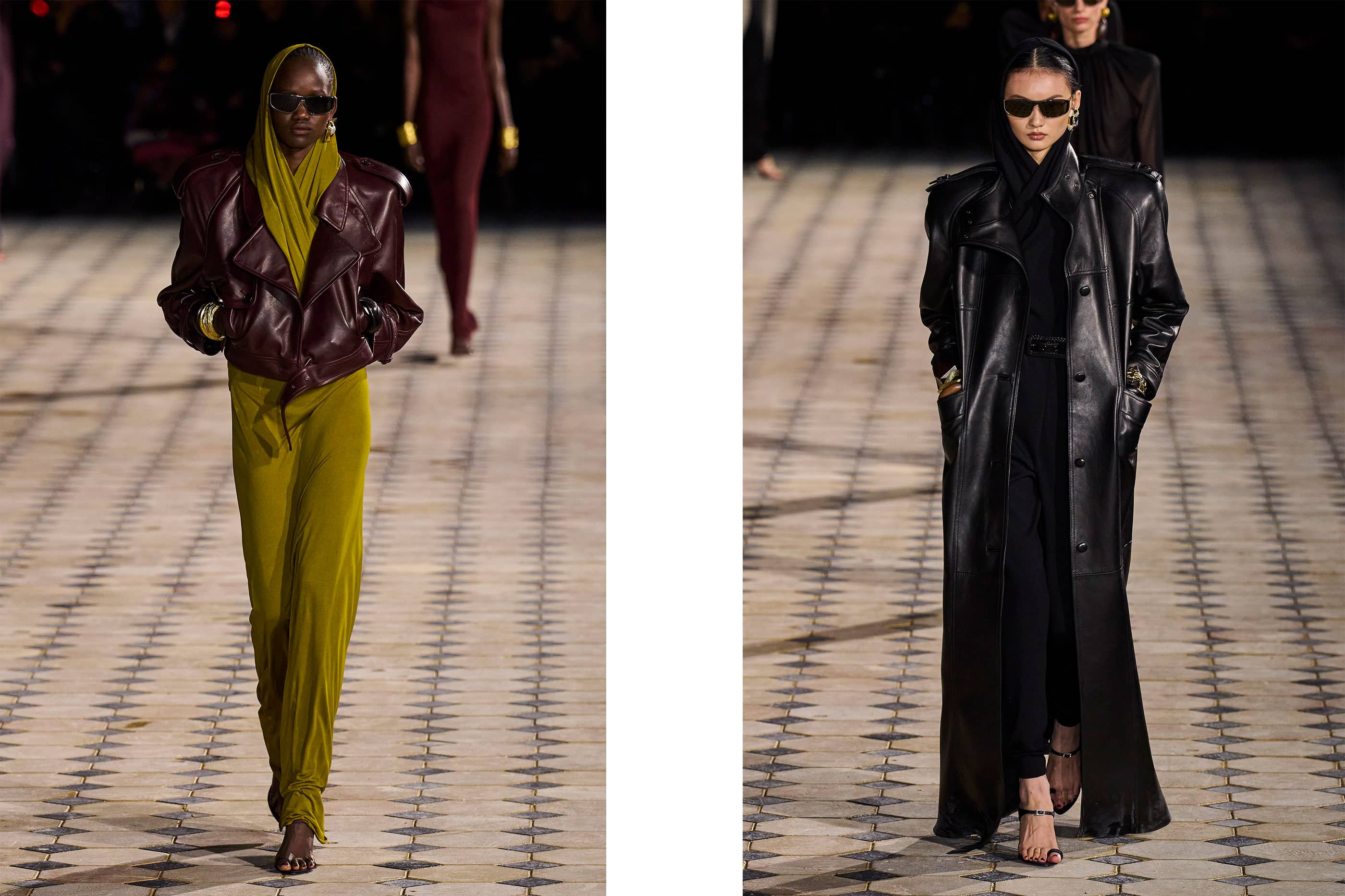 “It is evident in numerous collections by Yves Saint Laurent – from the hooded, diaphanous chiffon dresses he made for a collaboration with Claude Lalanne in 1969 to the indelible modernity of Spring Summer Haute Couture 1985, when a prolongation of fabric over the model’s head lent a casual connotation to several looks,” it read in the show notes. “Even the house founder’s last show, fall winter Haute Couture 2002, reprised the theme.”

It is a motif we see carried across multiple looks in mustard yellow, sage green, auburn, black and more; these slinky, sheer garments blending the 1930s inspiration with the 1980s aesthetics Vaccarello frequently references in his collections. Yet despite the regular referencing of historical moments and the House archives, collections always feel modern and exist in the present, with their finishes envisioned for the contemporary setting they find themselves in. 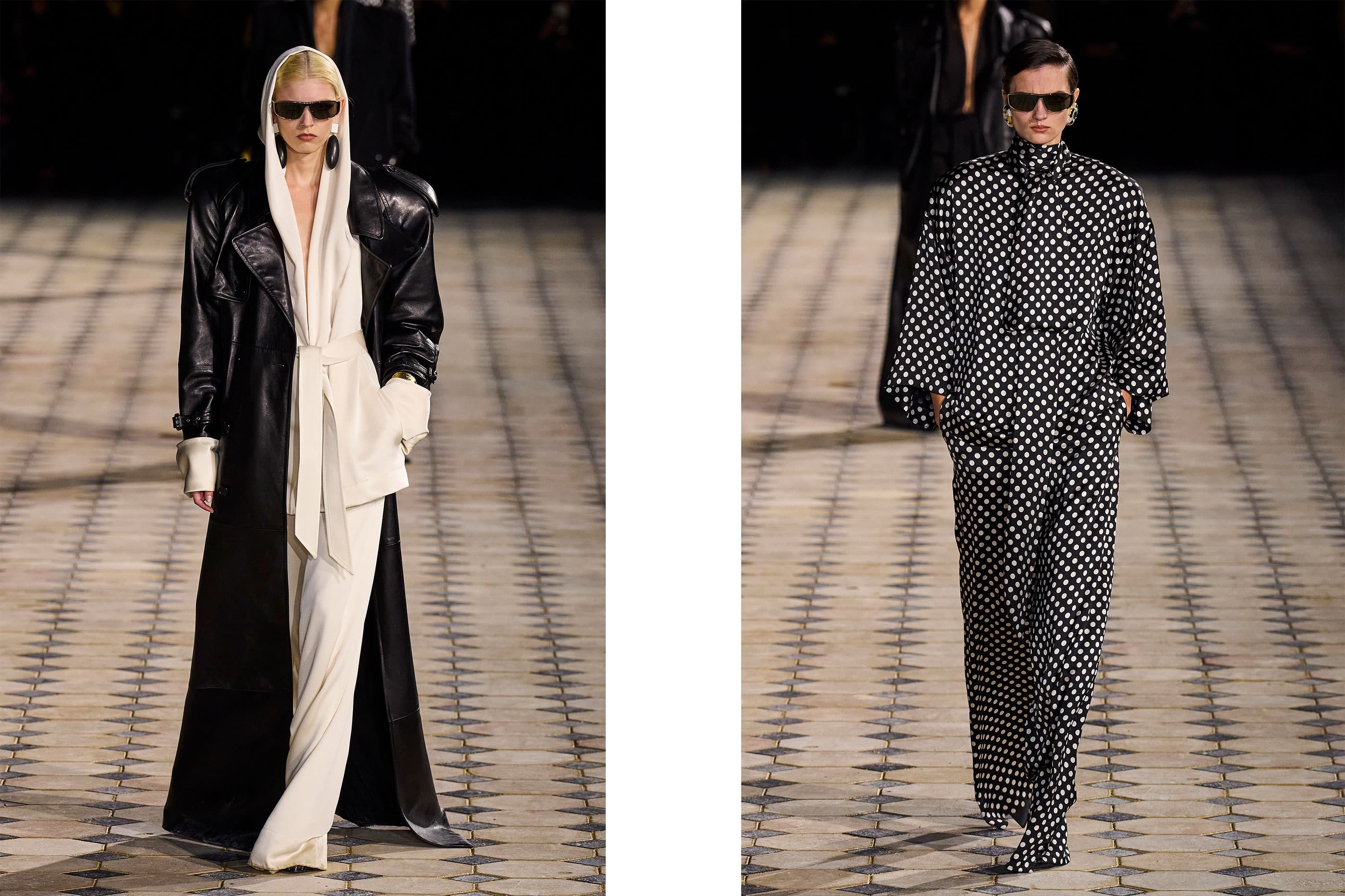 Of course more than the clothes, the spectacle of the event was a moment itself, and everyone who is anyone was in attendance. The 90s It Girl set – Kate Moss, Amber Valetta, Carla Bruni Sarkozy – in attendance alongside Haley Bieber, Rosie Huntington-Whitely, BLACKPINK’s Rose.

It is hard to imagine a more Parisian setting than to be seated at a fashion show with the backdrop being a glistening Eiffel Tower, watching the latest iteration of the House of Saint Laurent walk by.

PREVIOUS
Lusting after Balenciaga? The House has just launched its own resale service
NEXT
Gwyneth Paltrow's most iconic style moments over the years