As we make our way through another month of winter and another dreary month of half of Australia caught in lockdowns, our books and televisions are a constant source of solace and entertainment.

If you're looking for some extra content suggestions, we've got plenty. Here's what we've been reading, watching and listening to in August. 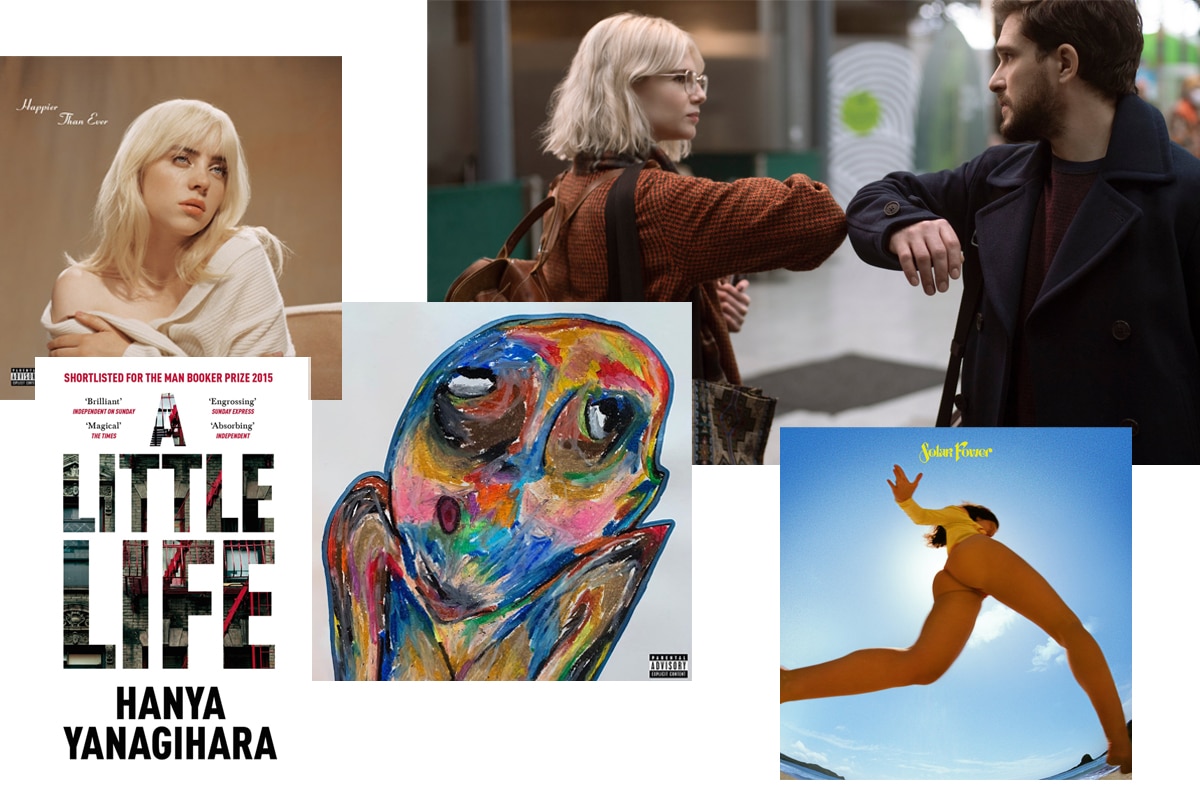 Watch… This far into Sydney lockdown I’ve officially limited my TV intake to bite sized viewing, guaranteed not to induce any anxiety whatsoever. My newest find is Modern Love  which you can find on Amazon Prime. Each episode is 30 minutes (ish) and tells a story of the ups and downs of dating and love in the 21st century. It’s inspired by the real life personal essay of the same name featured in the New York Times and is exactly what I’ve been craving at the moment.

If that fails then there’s always this Extra Gum ad which is bound to make you laugh.

Read… I’m a little late to the party on this one, but a friend lent me A Little Life by Hanya Yanagihara and I’m completely entranced by it. I will admit it takes some persistence to get into it (it’s a cool 720 pages) but well worth the effort.

Listen… After what felt like months of nothing new happening in the music world all my favourite artists have finally released new music all at once. Billie Eilish’s Happier Than Ever and Lorde’s Solar Power are obviously top of the list, as is Still Woozy’s debut album If This Isn’t Nice, I Don’t Know What Is. I’ve had this last one in particular on repeat for the past week and it’s exactly what I hope my summer sounds like. 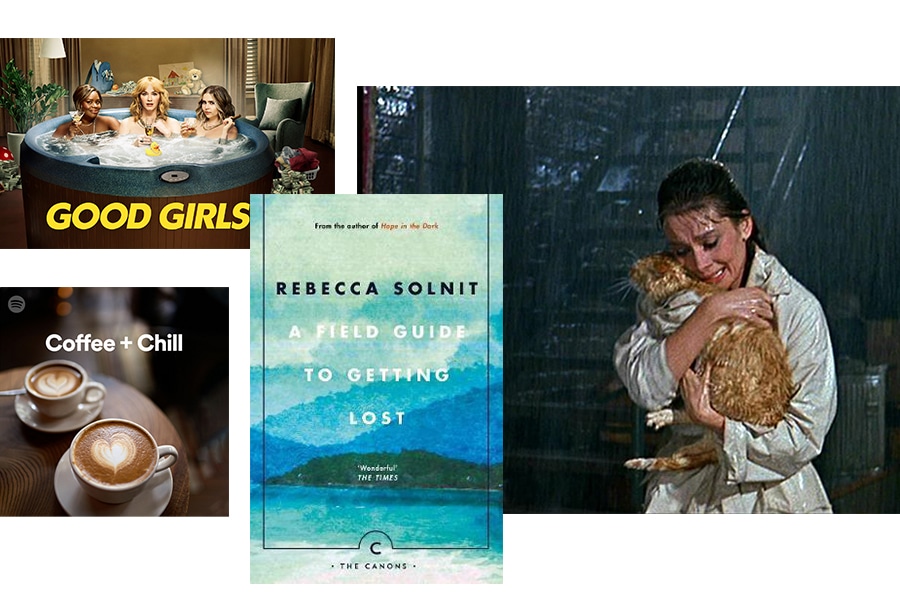 Watch… The constant rain this week has got me curling up with a rerun of Breakfast at Tiffany’s and a big mug of hot chocolate. Something to tide me over until the newest season of Good Girls launches next week.

Read...Rebecca Solnit’s A Field Guide to Getting Lost felt apt in the midst of lockdown. There’s something truly special about her genre-refuting style, mixing in allegories with personal memories, stories from friends and timeless classics - Solnit weaves together a narrative of exploration as Meno’s question haunts her: “How will you go about finding that thing the nature of which is totally unknown to you?”. Only one chapter in and I’m sure this won’t last me to the end of the month next week.

Listen… I’m not listening to a whole lot this month, but if something’s playing in the background it’s usually a Spotify playlist selected by vibe - this week it’s Coffee + Chill embracing the cosy weather. 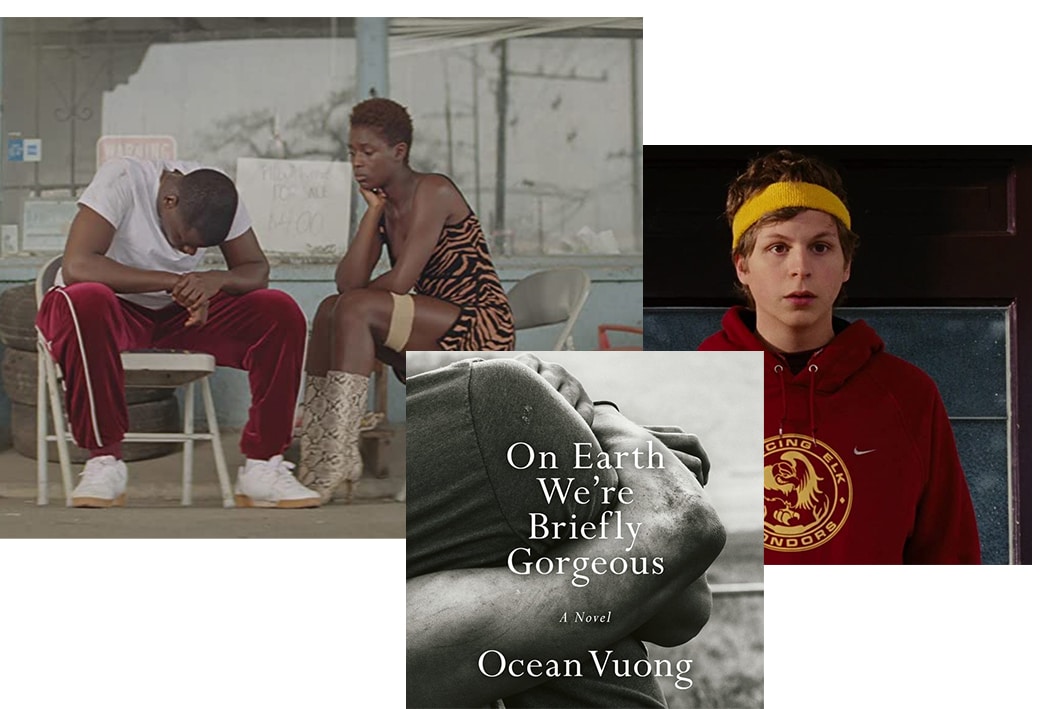 Watch...With the days on never ending repeat right now, I’ve been rewatching some favourites to keep me feeling inspired. Queen and Slim is a film I cannot recommend enough. Lena Waithe’s all-too-real tale of a couple who get pulled over for an arbitrary traffic stop gone wrong articulates racial injustice in America in ways that cannot be overlooked. Pair it with a score by Dev Hynes, direction from Melina Matsoukas, and an all star cast and it will stay with you forever.

Read... Another emotional one, this week on the bedside is On Earth We’re Briefly Gorgeous by Ocean Vuong. A letter to the author’s mother who cannot read, Vuong catapults the reader into the poetic landscape that is the fraught relationship between mother and son, while tenderly exploring his family history in a semi-autobiographical format.

Listen...Upon being asked about favourite film soundtracks in our group chat, I have been reminded of how epic the Juno soundtrack was, namely, Sonic Youth’s Superstar cover, Mott The Hoople, and Micheal Cera and Elliot Page’s wholesome Anyone Else But You cover. 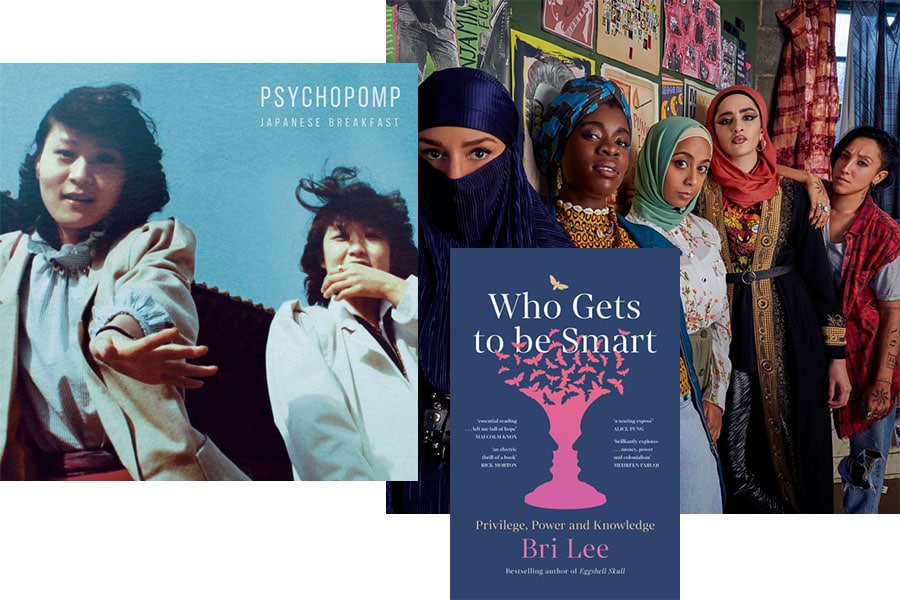 Watch… A friend of mine recently recommended I tuck in to We Are Lady Parts and I need to send her some flowers or something because it’s giving me endless belly laughs. The show follows an all female, all muslim punk band determined to get a gig. There’s only one season so I’m exercising self control - something very new to me - and savouring it one episode at a time.

Read…As a huge Bri Lee stan, I immediately picked up a copy of Who Gets to be Smart? While it’s not exactly a comforting read, there is something soothing in the fact that Lee has documented just how flawed our understanding of intelligence is, noting the insidious way power, privilege and wealth shape, well…who gets to be “smart”.

Listen… Two months into Sydney’s lockdown and I’m missing my mum more than ever, soppy I know. So after reading Michelle Zauner’s memoir Crying in H Mart earlier this month, I’ve been revisiting Japanese Breakfast’s first album Psychopomp, a lot. For those in the same boat, playing it in the background while preparing your mum’s recipes truly helps. 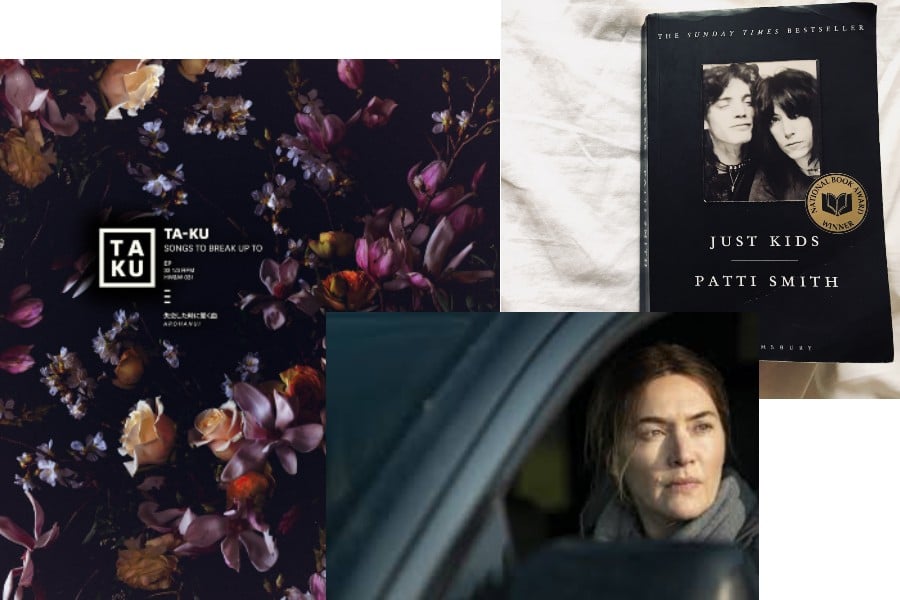 Watch… This past month, I finally had the chance to devour Mare of Easttown and boy, I was not disappointed. Absolutely worth the hype and I cannot wait for season 2. As for the month ahead, I, like everyone else, will be tuning in, intently, to Nine Perfect Strangers. I’m a sucker for mini series formats, what can I say.

Read… Admittedly, the last month hasn’t allowed for much ‘me’ time, which has meant that my reading line-up has fallen into a little bit of a slump. I do have a particularly exciting (but long overdue) read on the way though, thanks to a suggestion from one of the contributor’s in our upcoming September issue. I’ll have to give an update once I’ve made my way through it.

Listen… With my daily commute to the office on a temporary hold, I’ve been missing my daily decompressing listening sessions more and more. The other day I was reminded by a friend of Taku’s 2013 album Songs To Break Up To. Sounds depressing but it was the teenage bout of nostalgia I so desperately needed. 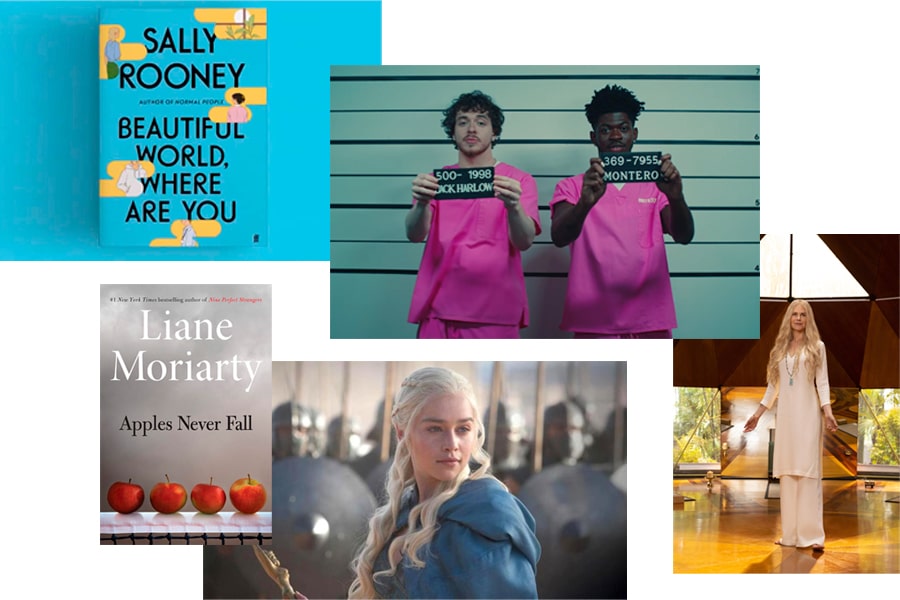 Watch… White Lotus is done and I am very much looking forward to starting Nine Perfect Strangers. Also, I fall into a small category of people that had never gotten into Game of Thrones. So I finally bit the bullet and started watching this month. I’ve just finished season three and what time.

And as a guilty pleasure, I’ve been watching old reruns of Selling Houses Australia. I love a good renovation show.

Read… In all honesty, I have found much time for reading. Watching television allows me multitask - finish working, cook, clean and answer emails. But as for absorbing myself in reading, I’m afraid I haven’t had a chance to pick up a book this month. But I’ve added two new ones to my list: Sally Rooney’s Beautiful World Where Are You and Liane Moriarty’s Apples Never Fall.

Listen… I’ve had Lil Nas X Industry Baby on repeat for a while in between The Call Me By Your Name soundtrack - a desperate attempt to conjure visions of an Italian summer.

Megan Fox is starring as another irresistible flesh eating monstrosity in the Netflix film, Night Teeth this October.