Designer Kerby Jean-Raymond gave rise to a joyous disruption and celebration for couture week, with his Fall 2021 couture presentation for Pyer Moss. It cemented his name in history as the first Black-American designer to show as part of the the highly prestigious couture week schedule.

This monumental moment in fashion couture history saw itself stage a presentation equally as defining. New York designer Kerby Jean-Raymond and his prodigious label Pyer Moss, saw the front lawn of the Palladian mansion Villa Lewaro transform, in tribune to his couture debut following his invitation by the Chambre Syndicale de la Haute Couture Collections. The show soon became a defiant and glorious celebration in Black history, humour, politics and joy, the collection paying a wearable tribute to the influences of Black culture and Black America. 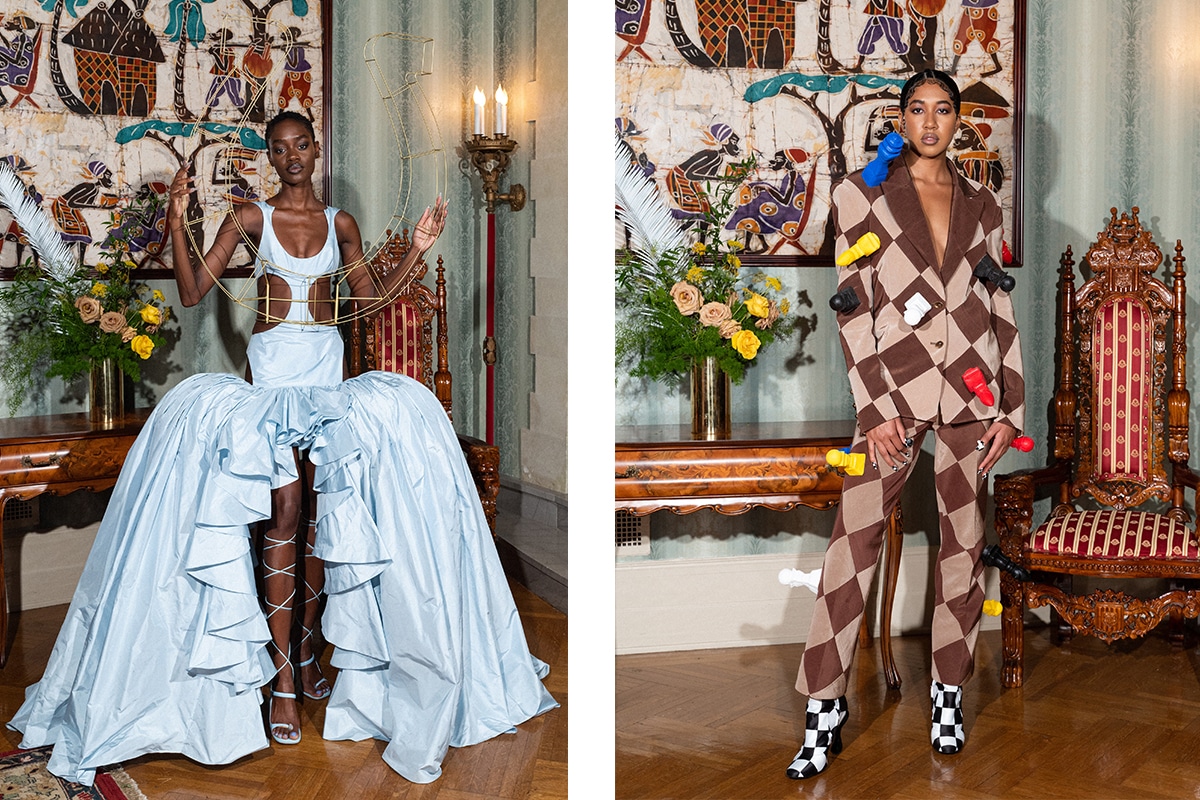 Both satirical and whimsical, Pyer Moss bottle cap dresses, peanut butter jars and checkered chess piece tailored suits ran themselves down the runway, the show following on from a heartfelt speech by female Black Panther member, Elaine Brown. The couture show titled "Wat U Iz," celebrated in themes in reintroducing and profiling Black inventors and innovators however as humorous and kitsch as the show discerned, Pyer Moss Fall 2021 Couture doubled in amplifying and platforming the much needed commentary around racial suppression, silencing and cultural discriminations. 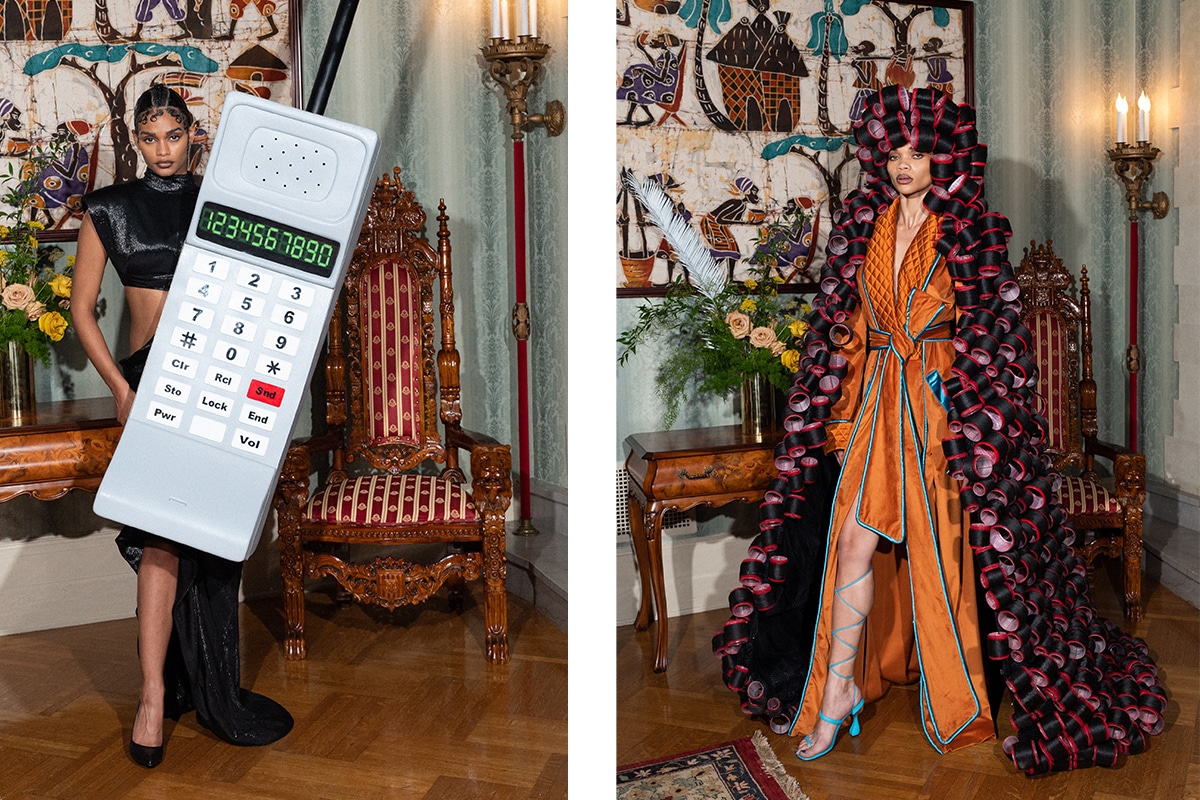 A Pyer Moss couture cocktail dress appeared on the runway, complete with a refrigerator and magnets reading "But who invented Black trauma?" A message that was one of many, following on from a noted handed to guests from the young designers reading "We’re tired of waiting on reparations and an apology." Pyer Moss Fall 2021 Couture revelled in its shape in staging the show itself as an important platform for social and political commentary, the young designer cleverly utilising a historically monumental opportunity to remark on the continuing injustices and lack of reparations made forth to Black communities and history.

The full collection and video can be viewed on pyermoss.com with more show updates and news available on all Pyer Moss social channels.