The woman I am today is certainly not the one I expected to become when I was a little girl. Growing up somewhere like Australia conditioned me to strive to fit into a certain kind of persona in a confusingly white yet supposedly multicultural society.

I never fully saw myself as Black. People were always trying to diminish my experience. I once had someone say to me, “You’re as much white as you are Black”, and while, yes, that’s true – my mother is white and my father is Black – I don’t look white. I will never look white.

To Australians, I didn’t ‘look’ Black either. There was never an opportunity to be both in Australia.

The way being Black was seen in our society was not something to be proud of. My looks were referred to as ‘exotic’, and I was always asked where I was from. No matter how hard I tried as a teenager to hide my Blackness, everyone else saw my colour but me.

I’ve always grown up knowing I was different, but I wasn’t ready to admit it, especially as a teenager. I desperately wanted to fit in – to have the same life that my peers did, and for the most part I did; my lighter skin made my life a lot easier than if it had been darker.

But certain things lingered with me. I was only about eight or nine when I came home from school one day distraught because my classmate had asked if I bathed in poo. Even though my mother could never understand, she hugged me tight and reassured me that I was beautiful as I was. 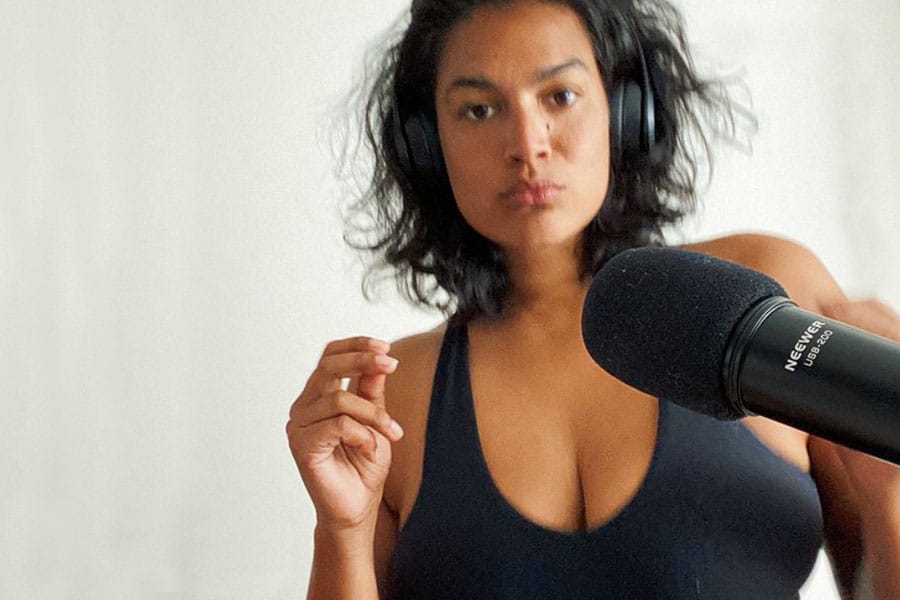 I will never forget that memory – going home to scrub my skin in the hope that it would change, like it was something to be repulsed by.

There were other things too. Seeing my father miss out on work opportunities and my brother be racially profiled by law enforcement because of the colour of their skin – to my internalisation of Eurocentric beauty standards. Rejecting my curly hair by straightening it every day, staying out of the sun and fake tanning with my friends – a subconscious result of the consumption of the media that was promoting one thing. That white was right.

I liken my journey of self-discovery to a puzzle. You spend all that time putting the puzzle together to discover two or three pieces missing. A puzzle can’t be whole without those few pieces, and neither can a person who is battling with their cultural identity.

I was twenty-three years old when I went to Réunion Island for a family wedding. I’d been once before, but I was a baby so the only memories I had were from the family albums I often looked through as a child.

My father never really spoke of where he was from; he was separated from that culture as a young boy, something I think haunts him to this day, but is one of the driving reasons for my journey of self-discovery.

I was able to experience shadowing my grandmother, a beautiful and strong woman, known in Réunionese culture as a ‘Kafrine’, which etymologically means ‘descendant of slaves from Madagascar or southeast Africa’, and carries the same weight and identity as ‘Black’ in the United States.

Separated by a language barrier (she only spoke Creole), I followed and observed her as she took me to church, introduced me to my cousins, uncles and aunties, spent a day walking by foot to the incredible food and spice markets, and taught me about the history of Réunion’s vanilla and sugar cane plantations. 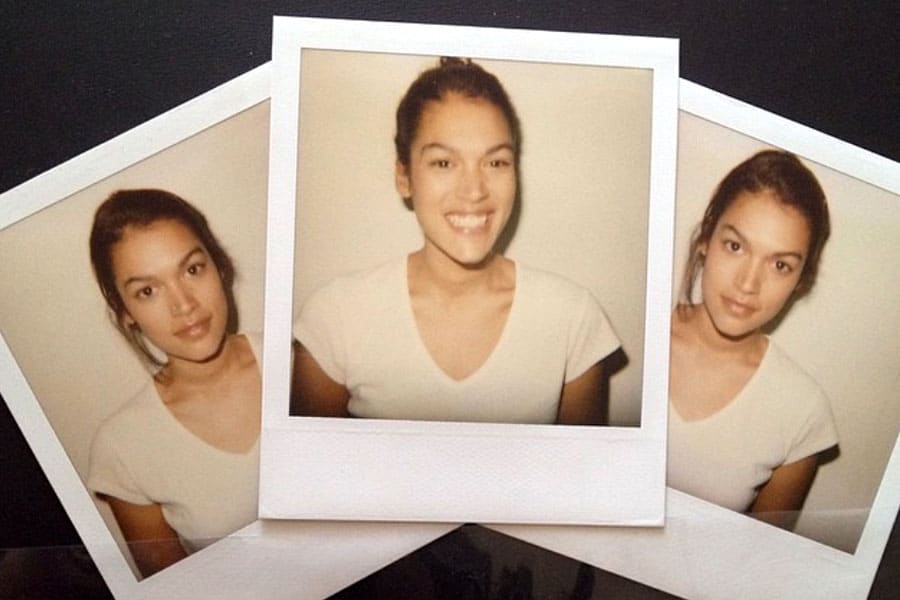 I found so much joy in discovering this part of my identity, learning how to cook Creole food, dancing to séga and maloya, (the traditional music of the island that originated from non-violent resistance in the time of slavery) alongside my extended family. Not only did I leave the island with a better understanding of my DNA when it came to body image, but I also felt one of the missing puzzle pieces find its way home, and I was one step closer to understanding who I truly was at a soul level.

Resistance is nearly always painted as radical, disruptive behaviour, that’s focused on the eruptive clash between cultures – like protests and riots. Rather than focusing on the root causes of these manifestations of anger and frustration, governments are quick to continue divisive language to further their agendas.

"I found so much joy in discovering this part of my identity, learning how to cook Creole food, dancing to séga and maloya"

In Angela Davis’s collection of essays Freedom is a Constant Struggle, she talks about the intersectionality of struggles to achieve freedom. I have realised that my ancestors’ efforts in Réunion are not that different to any Black resistance globally against anti-colonial struggle. Acknowledging that and stepping into my power to celebrate my Blackness is why, to me, this current point in time is so powerful. 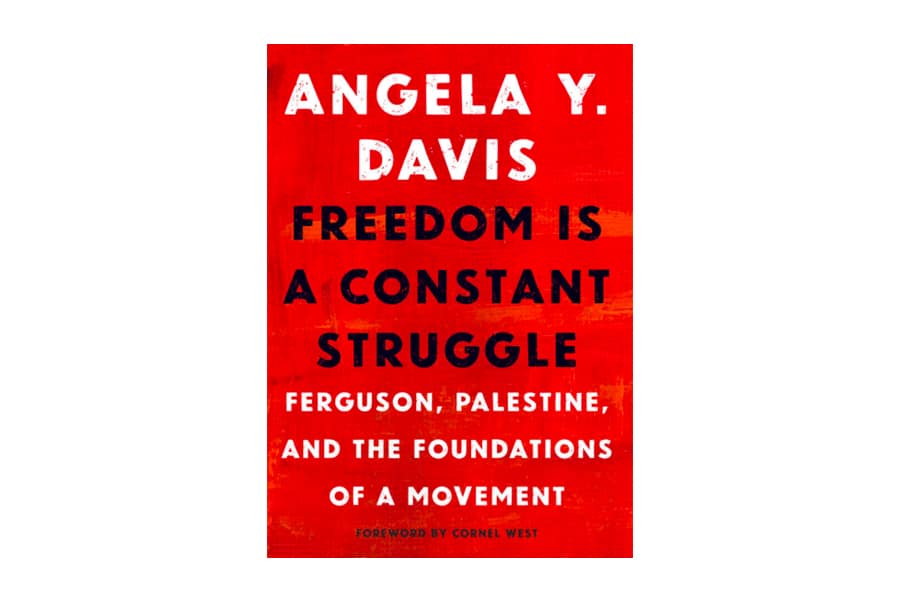 I was in London about five years ago now, hosted at an Airbnb with a woman who I now consider one of my closest friends. At the time, I had no idea of the journey we were about to go on together. She had told me that I was on her ‘Black excellence’ vision board; next to the likes of Jazmine Sullivan, Issa Rae, Queen Latifah and Tracee Ellis Ross – and while I was humbled, at the time I couldn’t understand how or why.

She knew I felt this confusion, and has since helped me realise the strength and power in my identity as a Black woman. How there is privilege in my skin colour, allowing me to exist in spaces she could never, and to be able to be a voice and use my platform for those that don’t get the opportunity. Also, to show me that I would be accepted into a community; that even if you identify as one-percent Black, you belong.

I still feel fraudulent at times, now in New York writing this article, because there’s still part of me that has internalised this racism towards myself from growing up in Australia – that I’m not allowed to write an article about being Black, because I’m not ‘that Black’.

However, in the aftermath of video upon video surfacing, being shared countless times on social media, of the murder of Ahmaud Arbery, George Floyd, Breonna Taylor, Rayshard Brooks – in what felt like such quick succession, I have never felt more connected to being Black.

It was in the subsequent months that I unpacked a lot of the prejudices I held toward myself, and how much of my identity I had repressed. The years of racial trauma came bubbling up to the surface.

It’s something I’ve always been vocal about in my work: advocating for greater diversity so future generations can see themselves reflected in society.

Suddenly I found myself speaking up and drawing the parallels between what was happening in the US and my experiences growing up in Australia. Finally, people were listening to me. But amidst all of this pain manifesting into anger, I forgot to take time for things that made me happy, and brought me joy.

It’s something I’ve always been vocal about in my work: advocating for greater diversity so future generations can see themselves reflected in society.

For me, spending time alone, processing what was going on in the world around me, and finding my voice as a Black woman has brought me so much joy – even though what is happening in the world is often dark and overwhelming, and we’re living in societies that try to brutalise and dehumanise the Black existence.

I have found joy in the small things like cooking, being with friends, dancing – but it has been the journey to claiming my Blackness that has been the most healing of all, and that is the ultimate form of resistance. 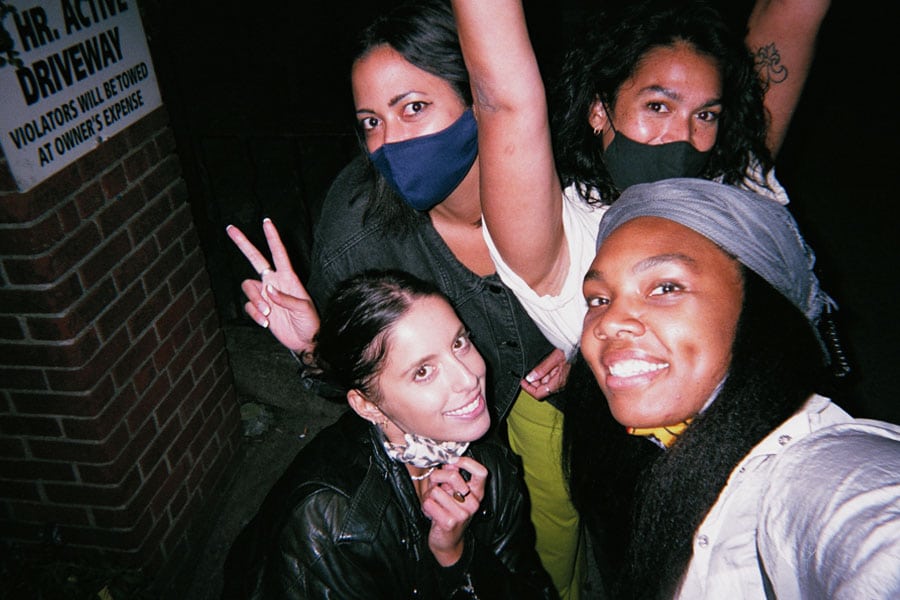 During this period of looking inwards, I’ve come to learn and believe that joy has to and must be incorporated into what we understand Black resistance to be, because living, surviving and thriving when the system is against you is the most radical act of them all. Black joy is a kind of protection from the anti-Blackness we face daily.

I was at a block party the other weekend, to raise money for Black-owned businesses in Bedford-Stuyvesant in the wake of COVID-19. For one of the first times, I was one of the lightest-skinned people on the block, but I felt connected to the community in a way that I cannot describe. To see a community rally together for the culture and preservation of the neighbourhood is something that nobody can take away from you.

Joy as a form of non-violent protest is the most powerful protest of them all. 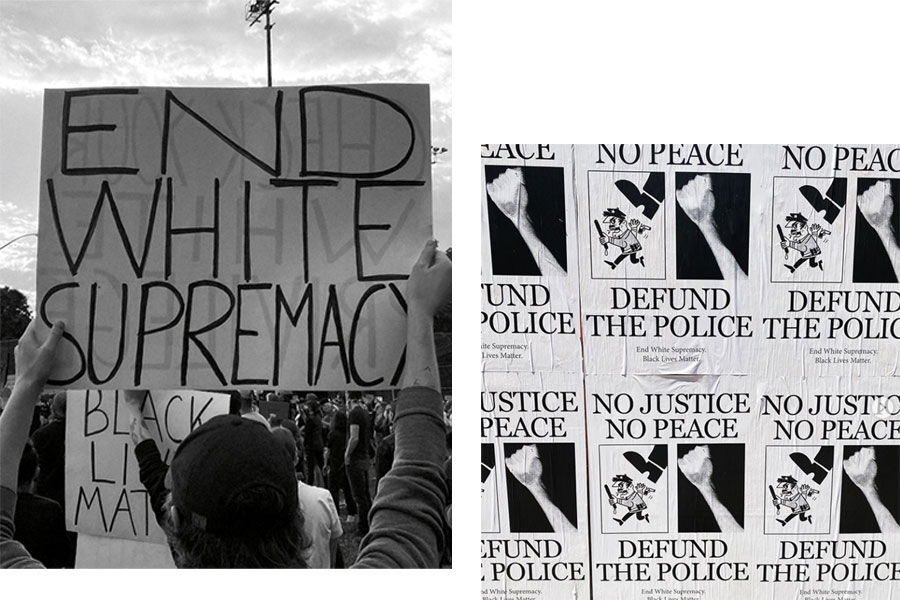 My friend told me afterwards that she loved seeing the look on my face when I walked into the room and saw other Black people enjoying themselves – almost as if I relaxed, allowing myself to be free and joyful for the first time in years. She brought it back to Black excellence, to see such a vibrant and thriving community despite the countless attempts at oppression. Joy as a form of non-violent protest is the most powerful protest of them all. Black joy is resistance.

There’s a quote by Ta-Nehisi Coates from his book Between the World and Me that really resonated with me while writing this piece: That we are “bound by all the beautiful things, all the language and mannerisms, all the food and music, all the literature and philosophy, all the common language that they fashioned like diamonds under the weight of the Dream.”

We are all connected by culture, a culture I feel I no longer need to repress. Even though the US is so divided right now, there is a sense of community – one that I finally feel like I belong to through the struggle of my ancestors – that allows me to be here today. I can walk into spaces and not be questioned about where I’m from – except for when I open up my mouth to speak and an Australian accent comes out.

Being free from my internal battle and confusion over my cultural identity, and the feeling that comes with no longer hiding parts of myself has been truly liberating.

Freeing myself from the societal shackles of anti-Blackness and allowing that identity to shine through in all its glory is pure unadulterated joy. Black joy is resistance. Another puzzle piece has found its way home.