Just eighteen and crazy for a girl who'd grown bored of me. Sydney-based duo Broke House craft songs to break your heart in the most beautiful way. With a sound akin to the Go-Betweens, the sonic union of Luke Costelloe and Ron Francois resulted in the pair's eponymous debut album in late 2018, accompanied by the freshly released first film clip for the record's single Extra Indigo. Inspired by the moody red-draped Bang Bang Bar from David Lynch's famed Twin Peaks, the film was captured in a single day by filmmaker Jordan Watton and reflects the melancholic material of a relationship in demise.

Talk us through the premise of the song. What inspired it?

LC: I had the phrase ‘extra indigo’ written down after reading it in a Patrick White novel called The Vivisector. In the book a painter near the end of his life has a stroke and imagines the sky turning this incredible ‘extra indigo’ colour. He wishes to paint it, but it’s too late for him. Then one evening I came up with the intro chords on the guitar and thought to myself they sounded pretty blue and mournful. I immediately paired the blue sound with ‘extra indigo’. At that moment I was in a relationship that I thought was coming to an end, and behaving immaturely because of that, so the song spiralled down into this deeply melancholic story of realisations that all come too little and too late.

What inspired the film clip?

LC: Ron and I had been getting into the new Twin Peaks. We were in love with the red curtained stage at the Bang Bang Bar that featured a bunch of great acts including Sharon Van Etten, one of our favourites. So when I got in touch with Jordan Watton, a good friend and the director of the clip, we started talking about how we could work-in the smoky bar vibe but also create a narrative arc. We decided to go with something parallel to the lyrics but with more ambiguity. You glean that a relationship is falling apart, but it’s hard to see exactly why, and who’s fault it might be because a lot of what has happened has been concealed. We only see the aftermath. The singer hallucinates holding his partner one last time but it’s hard to know whether this is out of desire to be with her still, or desire to comfort her due to something he’s done. Either way though, it’s not possible, she’s gone.

The film clip was made in a day, what did that intensive creative experience feel like?

LC: I found it really fun - we had quite a few friends helping out on the day but in their professional roles, so I was excited to see them at work and work with them. The bar scenes took up most of the day as there were extras to film and details with the camera movement to be worked out. The relationship scenes were shot at a friends house at an even faster pace. Jordan and I would discuss the vignettes we’d planned very quickly and then dive right in. Freyja is an amazing actress who’s confidence made me, being inexperienced, feel comfortable very quickly.

What do you hope people feel when they watch and listen to Extra Indigo?

RF: Production wise, I was trying to put the listener in a state where it feels like all the balls are up in the air in the relationship. A slice of hang-time … where the consequences of the protagonists actions come flooding in underneath the door of their watertight illusion of harmony. And then, with the swimming outro, the sensation that they’ll slowly drown in their own dysfunction.

LC: I think the clip follows the same feeling as the couple move into free-fall. The camera glides, swims, and in the outro spins, like some overwhelming psychological downward spiral.

What makes the film feel like a Broke House production? How does the ethos / heart of the band come through in the sound and visuals?

RF: Musically, it's the slower tempo, the haunting chord changes and the pace of the transitions in the song. Lyrically, like a lot of our stuff, it’s a deliberate and honest recounting of deep feeling and an observation of those complicated things we call relationships. The production is minimalist with the dynamics provided by the arrangement and performances. It's as perfectly formed as we could make it really.

LC: Visually, we are only just starting out, but I guess the down to earth themes and footage, might be something we will continue with. Jordan and I have an idea in the works for another song at the moment, so we will see where that take us.

What better way to get down with winter than watch films to remind us of the joys of being cosy? 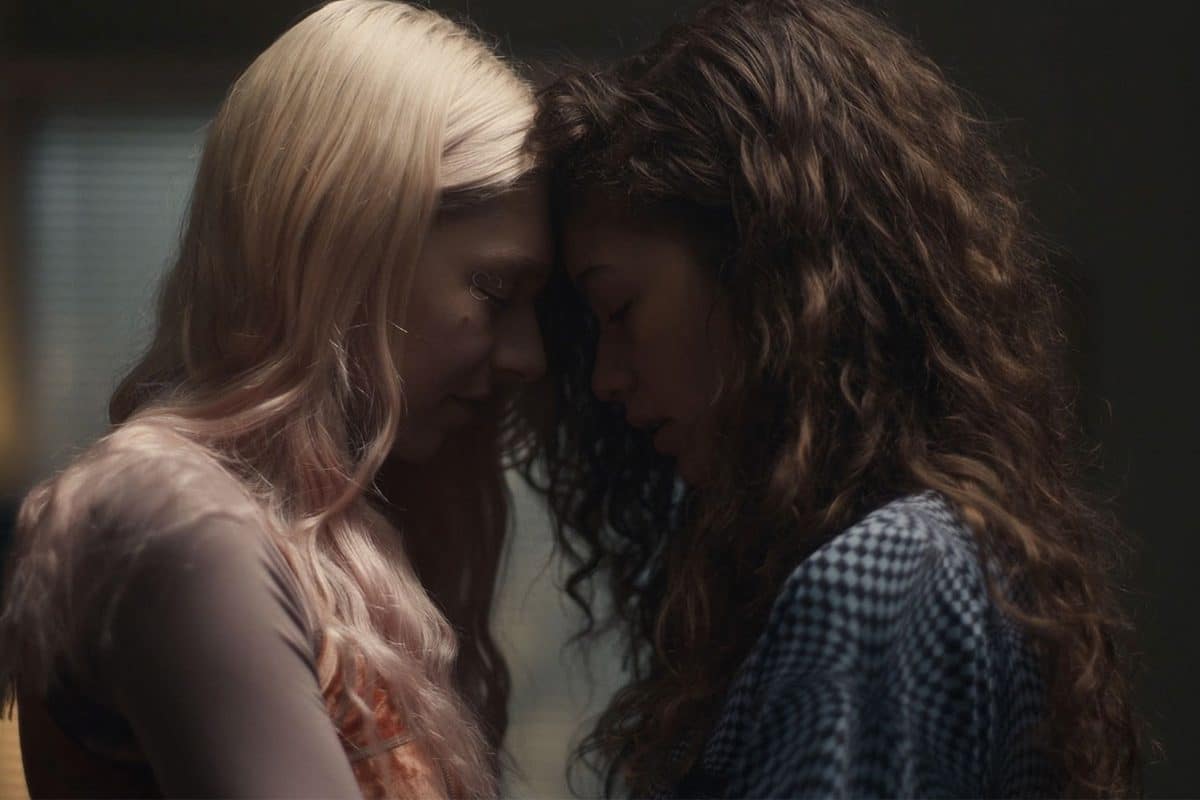 It’s been over a year since the ever-iconic Euphoria first aired, leaving our hearts (and approach to glitter eye makeup) never the same.