There's a kind of magic that Miuccia Prada and Raf Simons have been alchemising together these past few seasons, and for Prada's Fall 2023 Menswear show, the co-creative directors quite literally raised the roof of the Fondazione Prada, with a slowly rising ceiling – installed to transform the originally intimate space into a grand one.

But this is not why everyone was brought to Fondazione Prada. Everyone was brought to Fondazione Prada to talk about the clothes, a statement made very clear by the show title, Let's Talk About Clothes. This season, the brand took its previous ideas of the literal, the workwear, the practical, and doubled down, grounding the clothes in a sense of reality above all else. Naturally, the element of fantasy and pushing things forward was still present – after all, Raf and Miuccia are experts at showing us how we want to dress – but for Men's Fall 2023, reality was the framework. 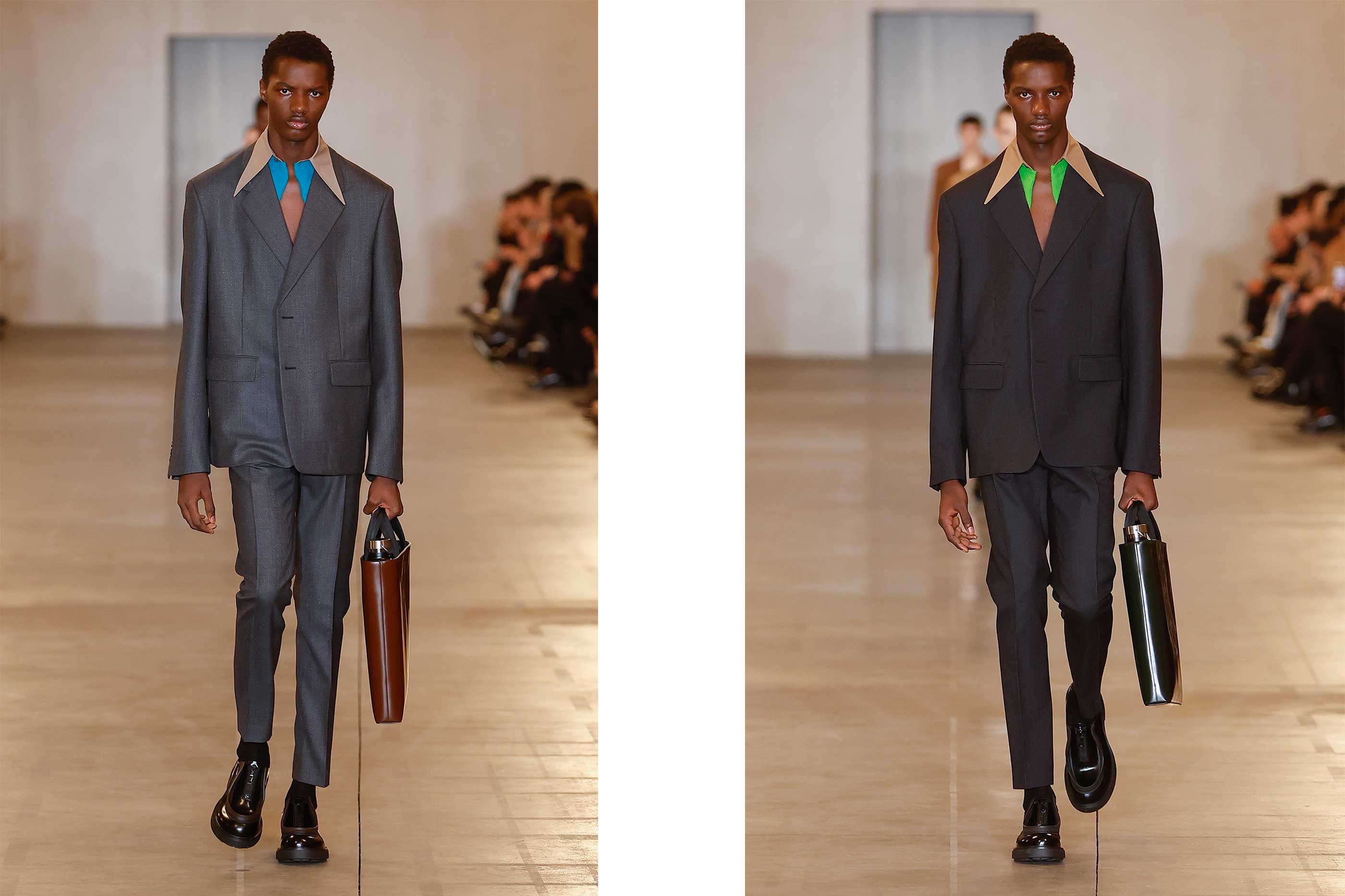 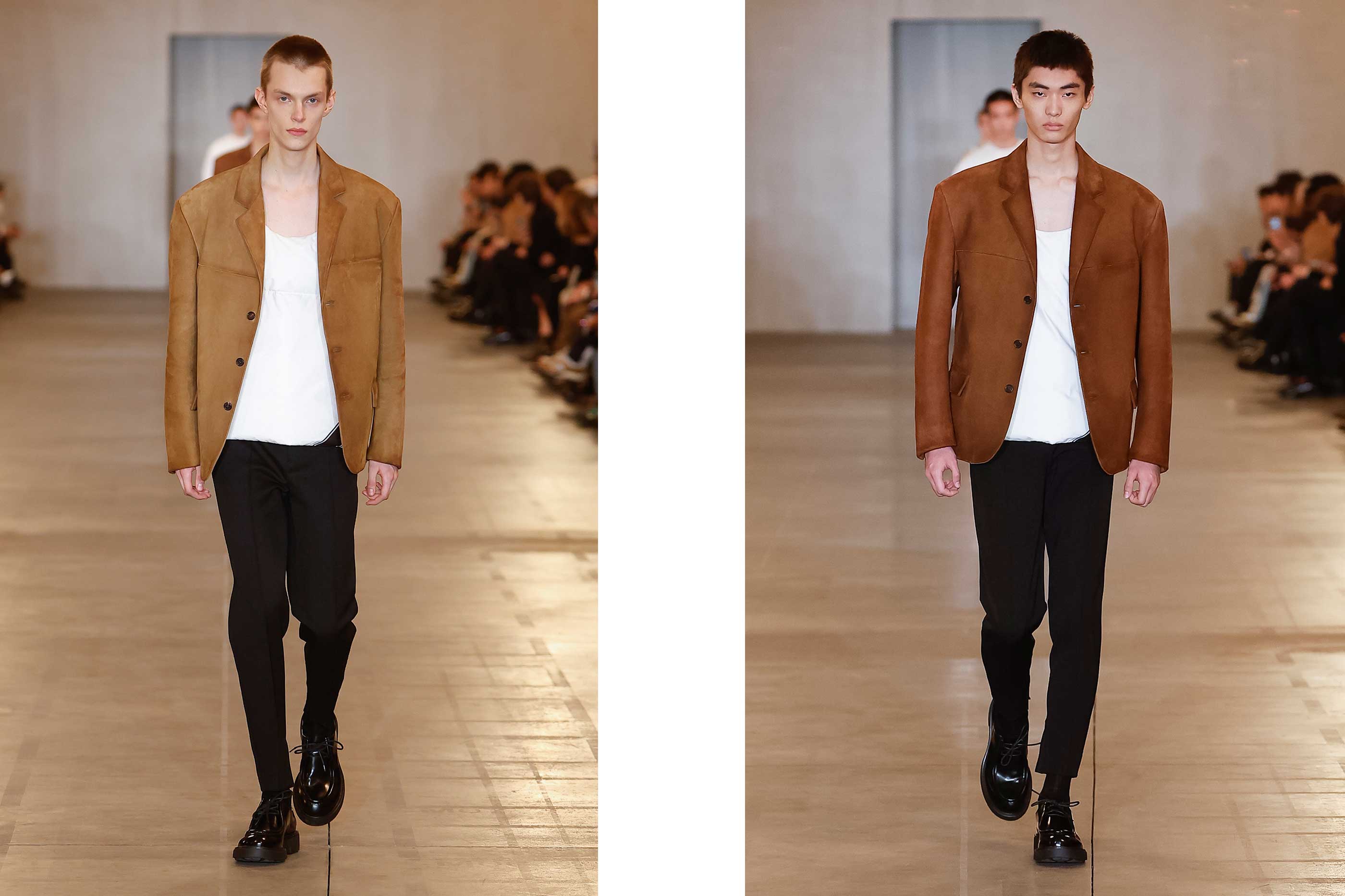 A flood of dark tailoring set the tone of the show, precise and oversized and glossy, a formulaic approach was translated through minimalistic lines, sumptuous fabrications like buttery suede, cozy knitwear and quilting, and Prada's signature sensibilities. In contrast to last year's Fall 2022 Men's show, where showstoppers like Jeff Goldblum and Kyle McLachlan walked the runway, this year really did feel as though it was all about the clothes.

It was as much in the detail as it was about the overall effect. Floating sailor collars returned and were dotted throughout the collection, poking out of lapels and peeking over cardigans, while water bottles emerged out of sleek, top handle book bags. There were coin purses that were styled around the neck, looping into single-breasted charcoal jackets, and a series of pillowy bombers and tank tops that would be perfect should one be stranded at a train station with nothing to lie on, and served as an injection of fun into the collection. 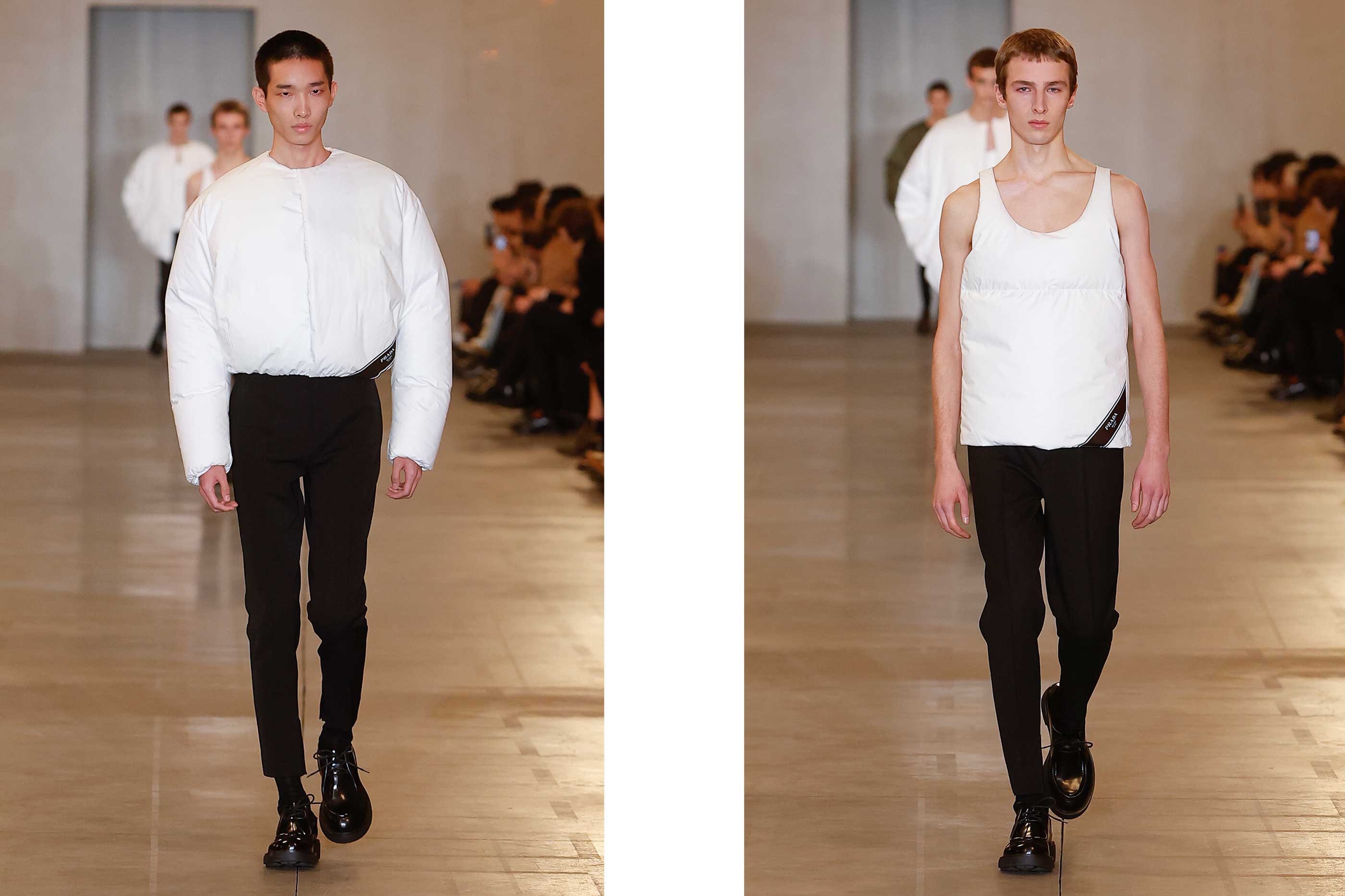 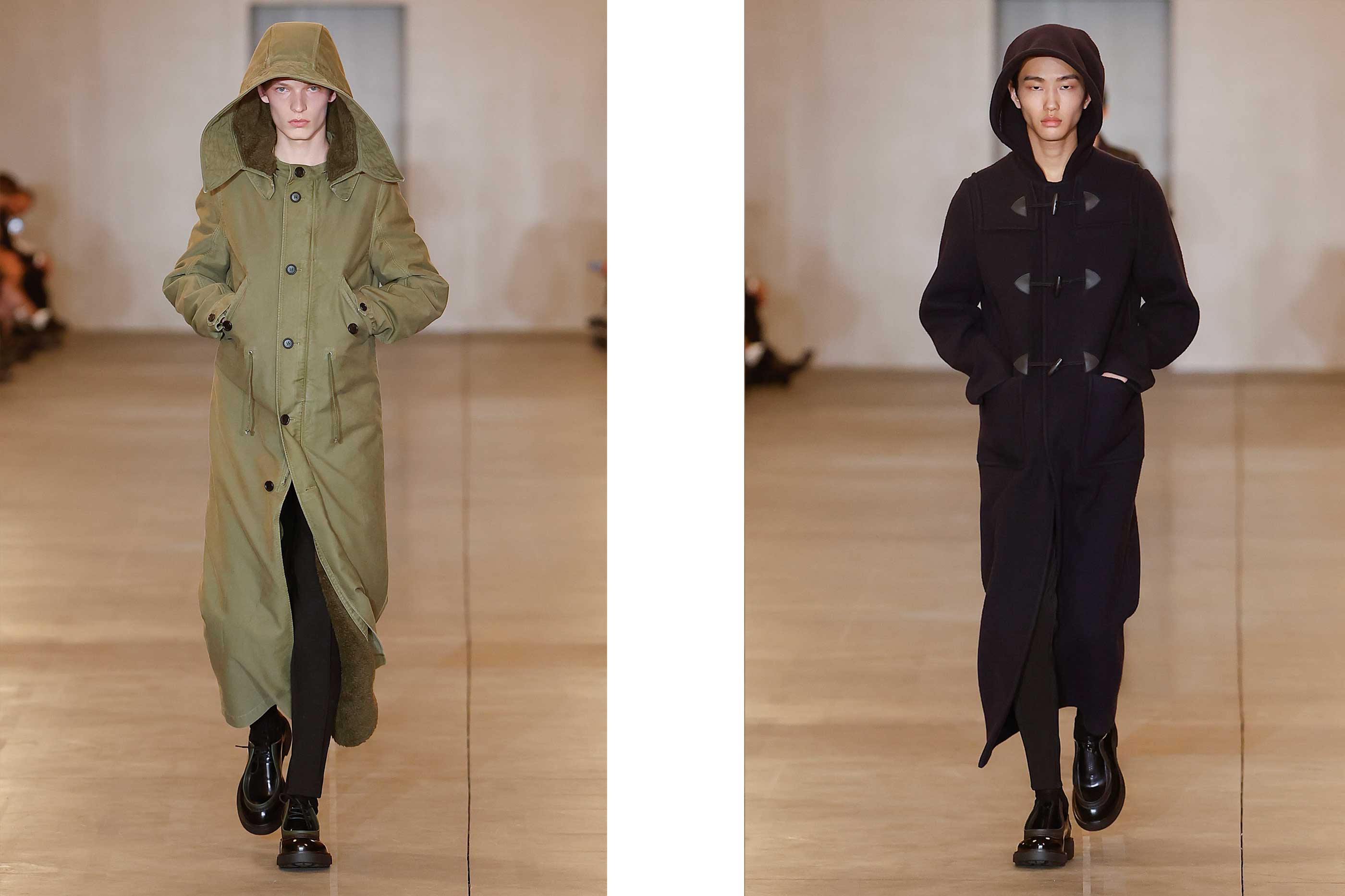 It has been a few seasons now where Simons and Prada have been articulating themes around work uniforms and class, and for Fall 2023, the pair did away with hazmat-esque boiler suits and zeroed in on the fundamentals. It was perhaps the most clear they have been in their intention, furthering the dialogue between colour and silhouette and refining what these classics looked like in the world of Prada. The show was not the A-list cast, nor the slowly rising ceiling, or the K-Pop crowds that bring the shows so much attention, it was the clothing. Plain, simple, and show stopping in their entirety. In a paradigm where everything feels as though it must be viral for it to have merit, Prada has perhaps spoken the loudest by letting the clothes do the talking. 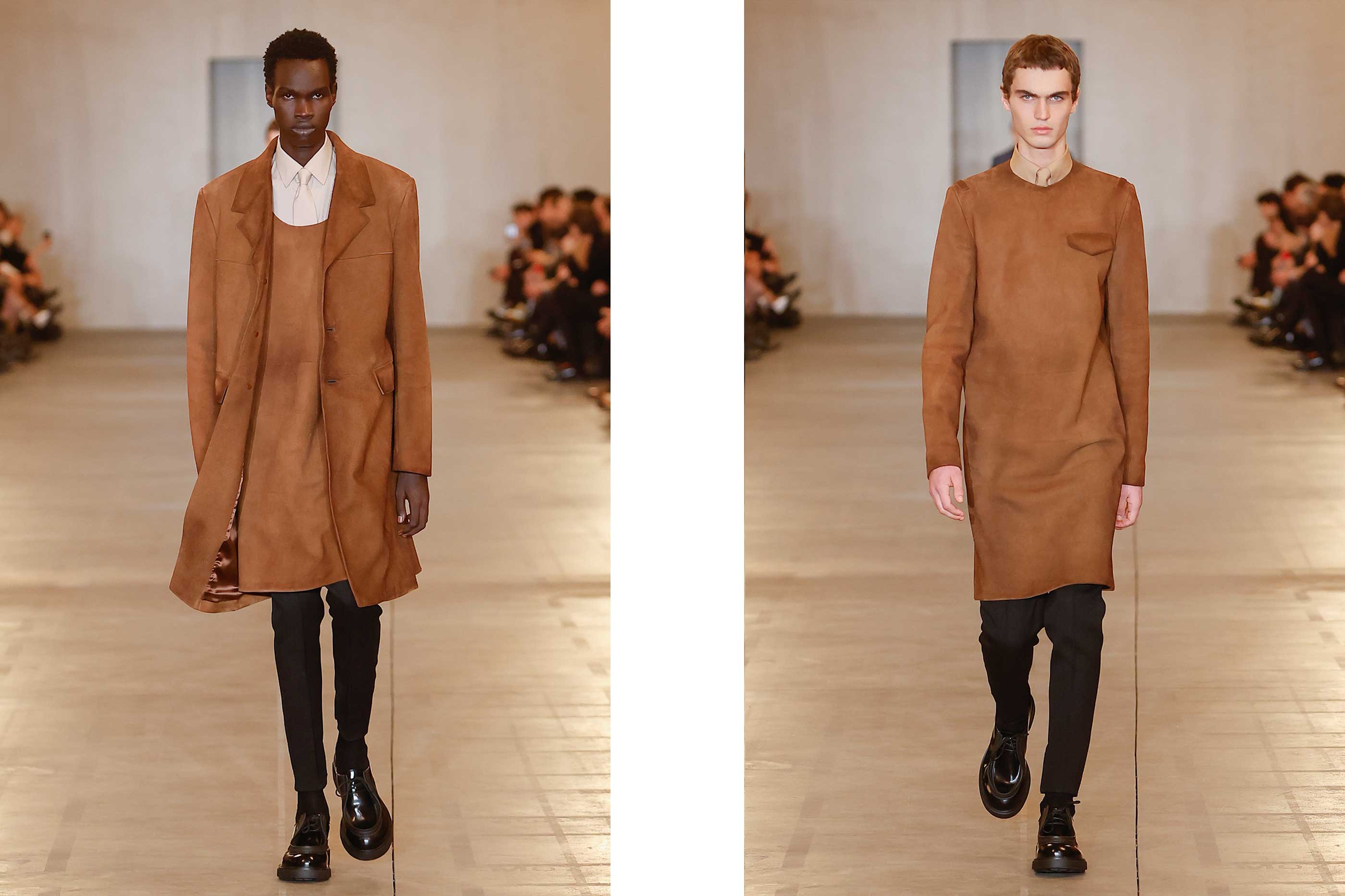 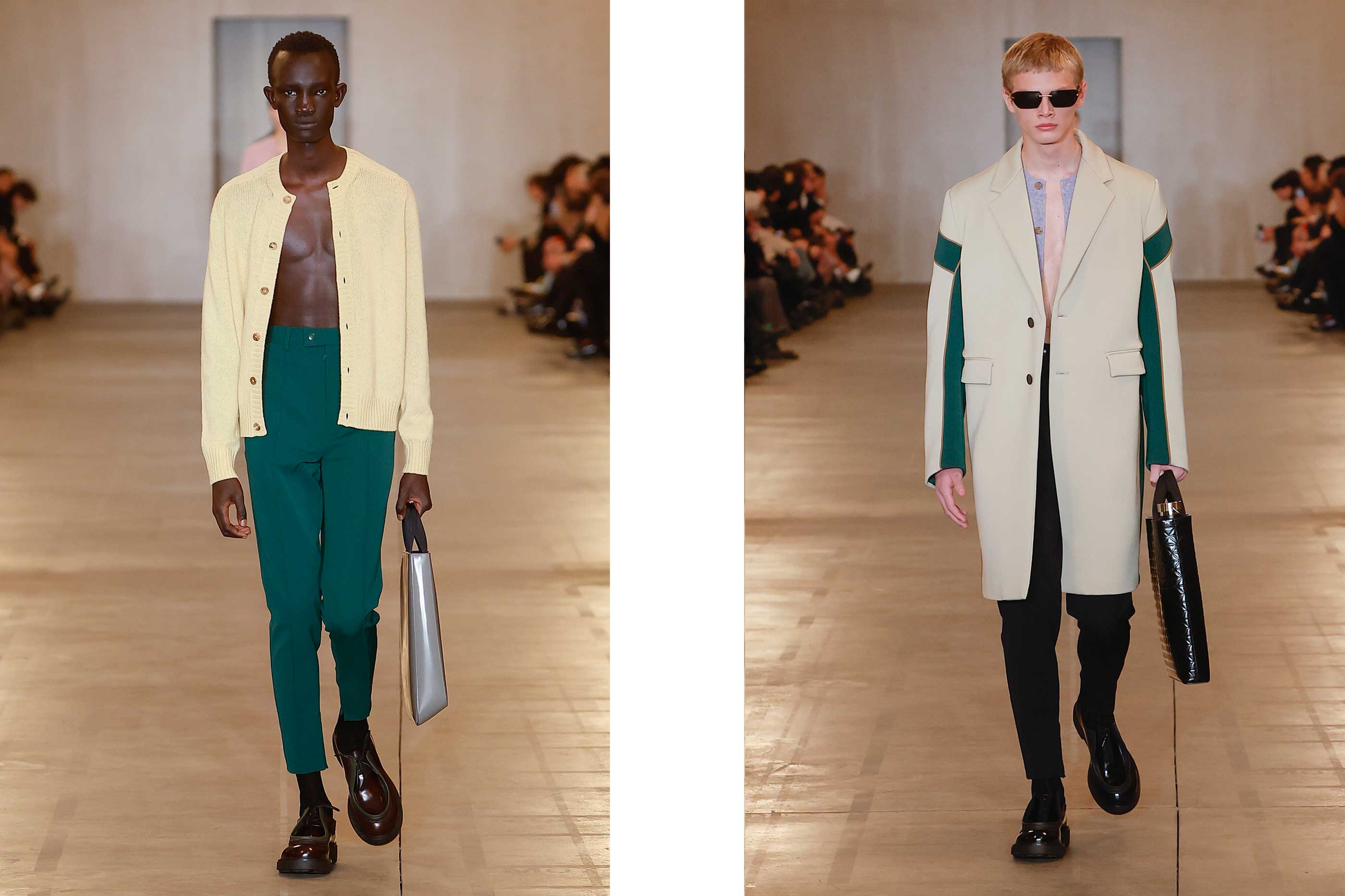 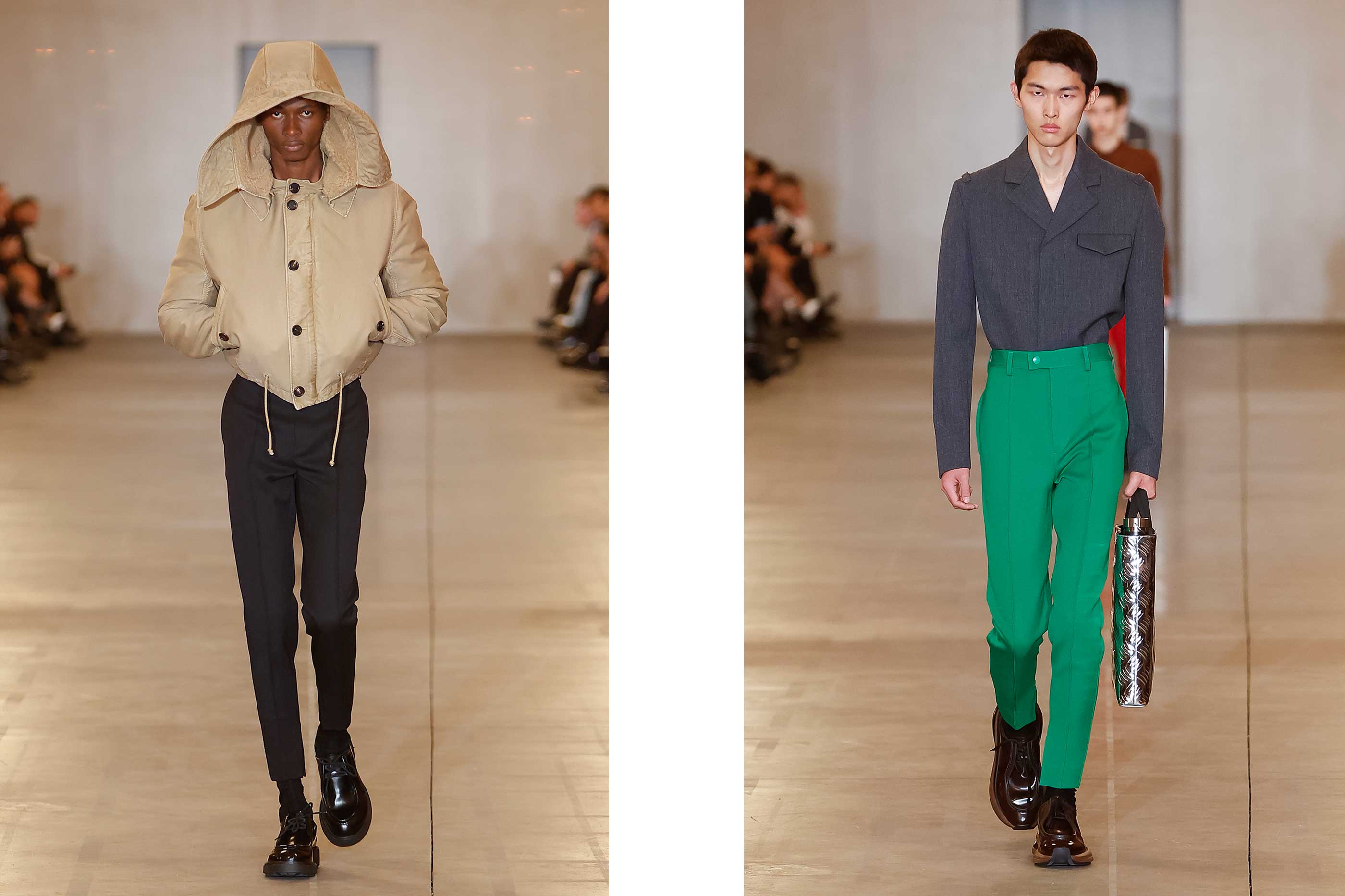