At last, we feel ourselves melting into summer. Naturally, the holiday reading list is on our mind, and after another trying year nothing is more appealing than the prospect of escapism through the pages of our favourite books.

Indoor on the sofa, with the warm breeze lapping through a cracked doorway, or positioning your pages in front of the sun to shield yourself from its rays – summer reading is all about romanticised down time. Without it, what would carry us through the year ahead?

Between the memoirs we never quite got around to and the classic fiction we've always fancied giving a crack, below, find the titles that have ended up on our holiday reading list for summer 2022. 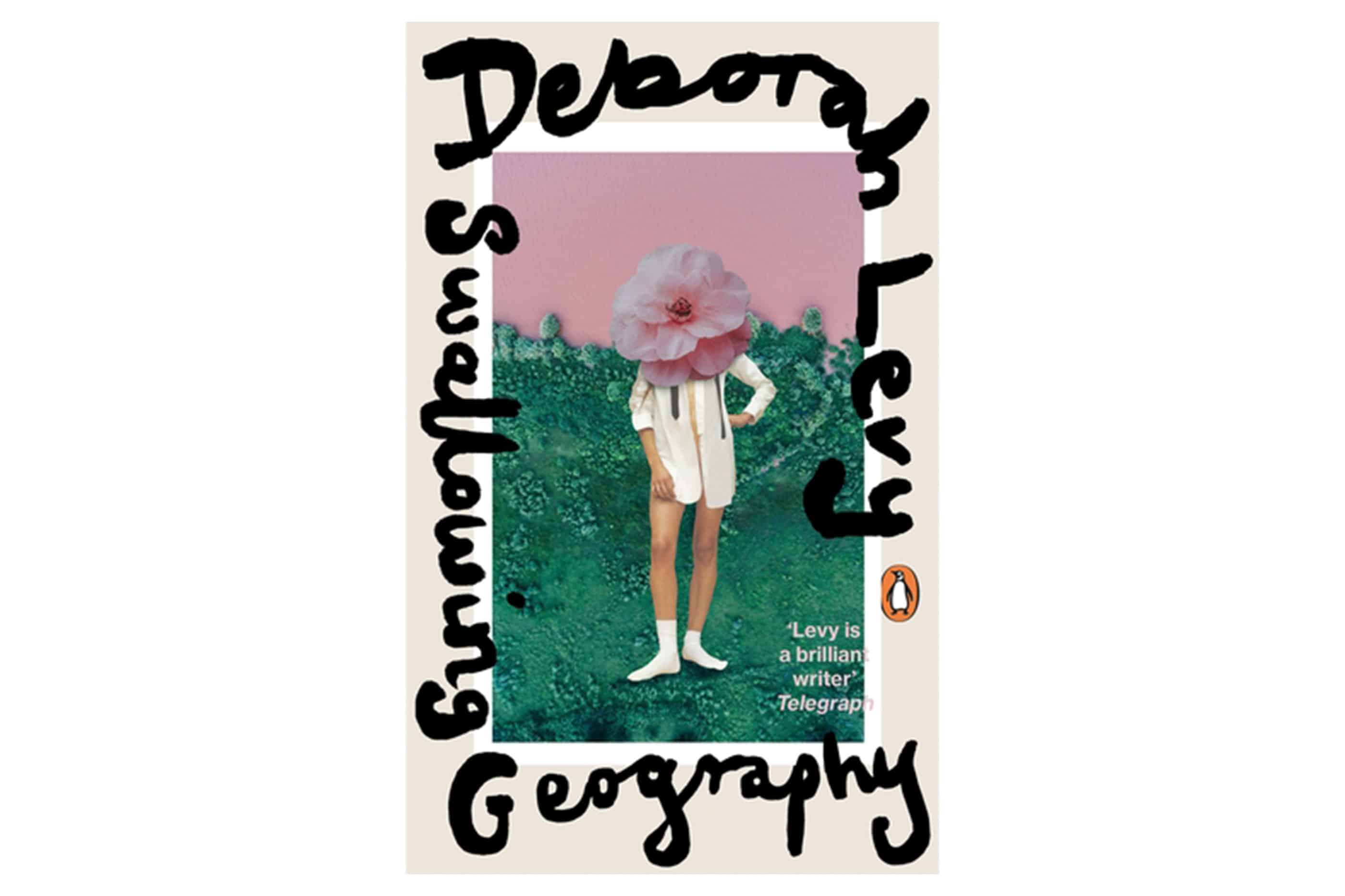 Deborah Levy is the high priestess of articulating a feeling or mood. The one she conjures in her sophomore novel Swallowing Geography is fit to bathe in and short enough to gulp down in a single sitting. It follows J.K. who like her namesake Jack Kerouac is always on the move, although unlike Kerouac Europe is her unmapped territory. Roving around the continent, J.K. meets a host of curious characters who exist on the fringes of society.

2. All Our Yesterdays, Natalia Ginsburg 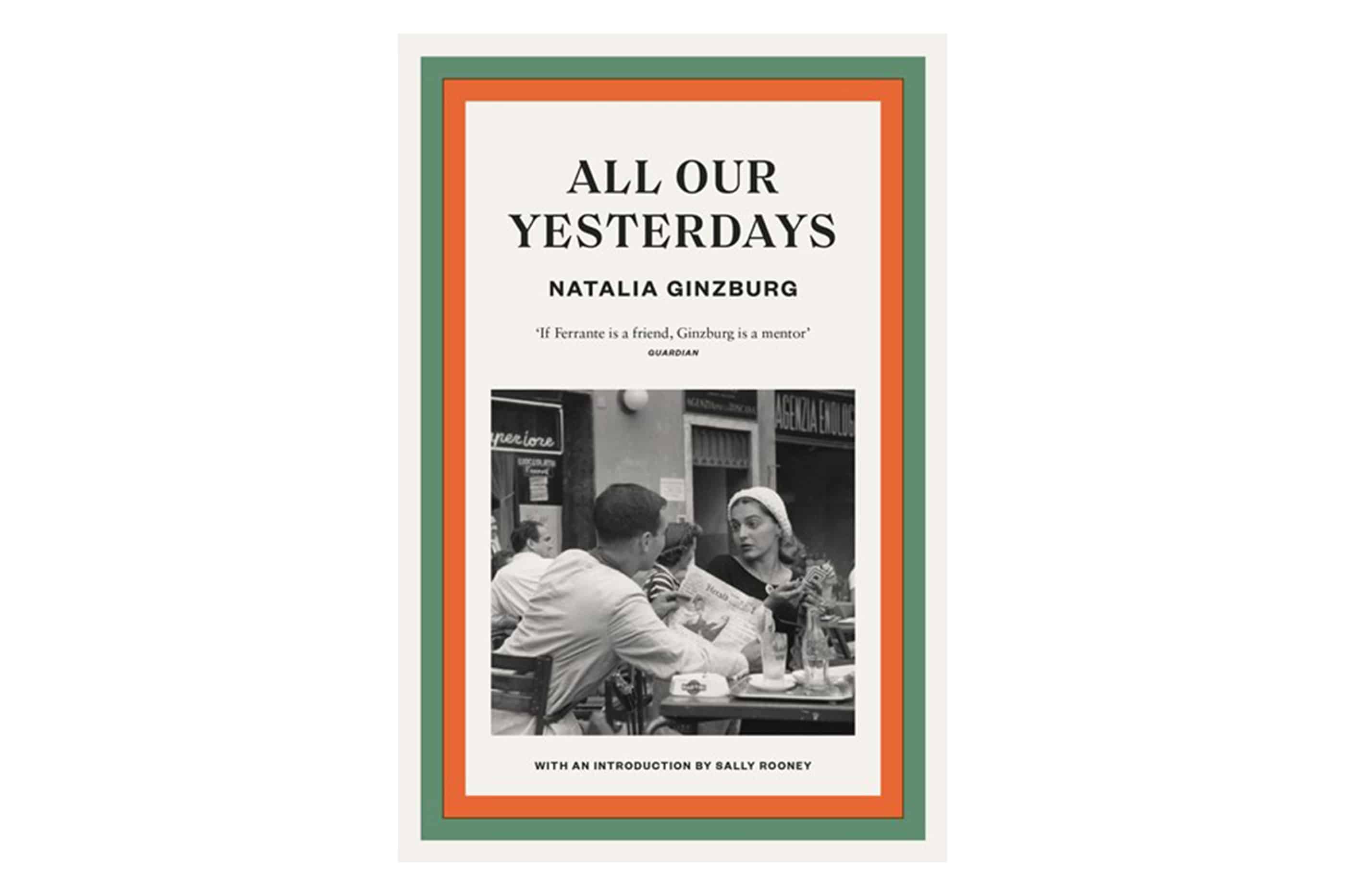 It can be jarring reading about war while you yourself are experiencing its exact opposite. But this is not a war novel. Written in 1952, any inkling of the rise of fascism surfaces through the anxieties, disappointments, grief and relationships of the people within this novel. And while it's Italian author lost her husband after he was murdered by the Nazi's in 1944, this book is unsentimental and honest about the world she inhabits. One where air raids and political executions hold equal weight to suicides and adulterous affairs. Plus, it has the praise of Sally Rooney, which goes a long way. 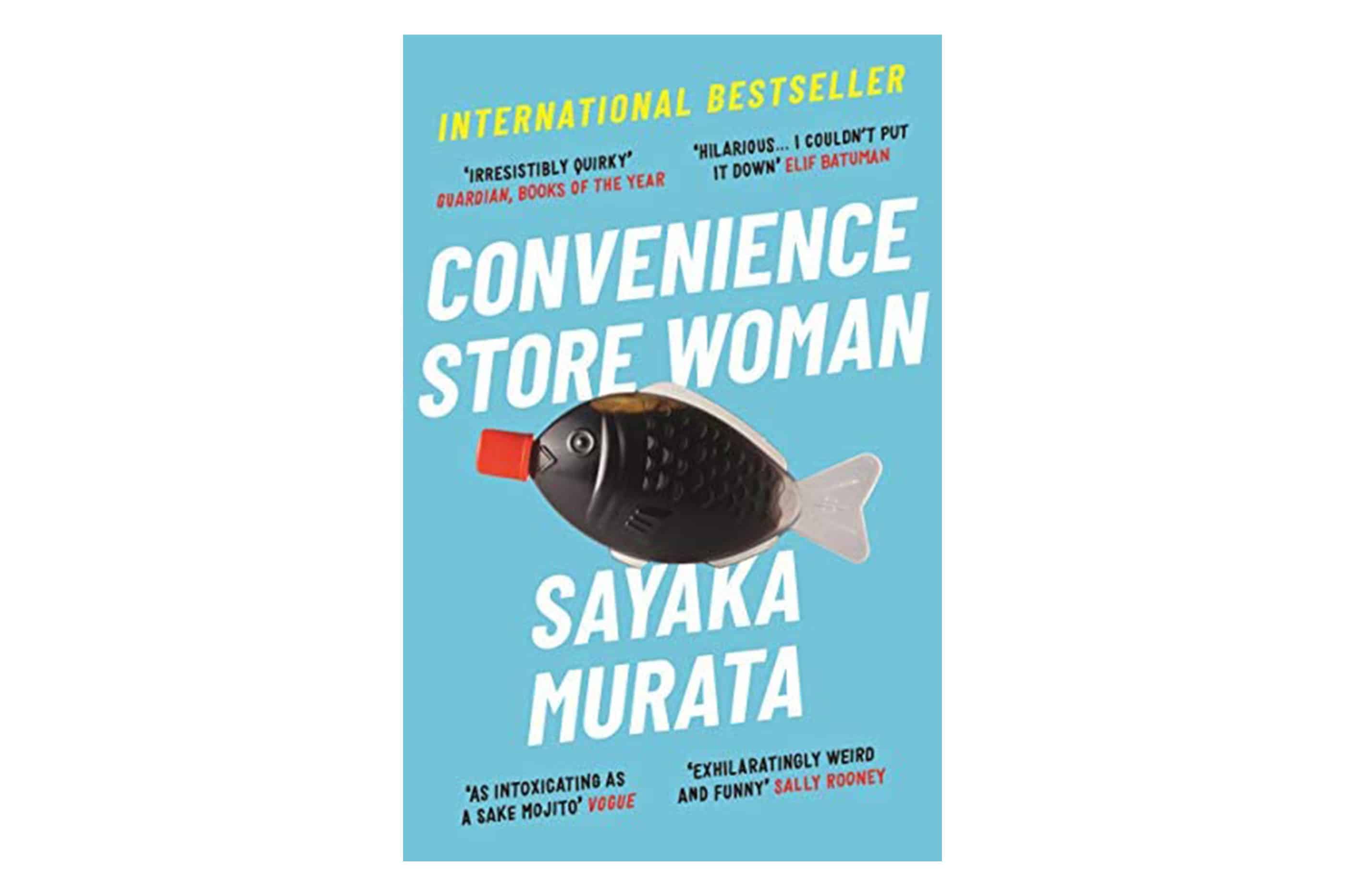 Murata's tenth novel is undeniably nutty with pops of Ottessa Moshfegh's My Year of Rest and Relaxation and psychopathic streaks. Above all, it's original and follows 36-year-old Keiko who despite her own contentment, is a mental burden on her family who worry she's stuck in a dead-end job at the local Smile Mart, and fret about her remaining childless and husbandless. The solution comes in the way of a since-fired colleague and the two strike a deal that will benefit them both. 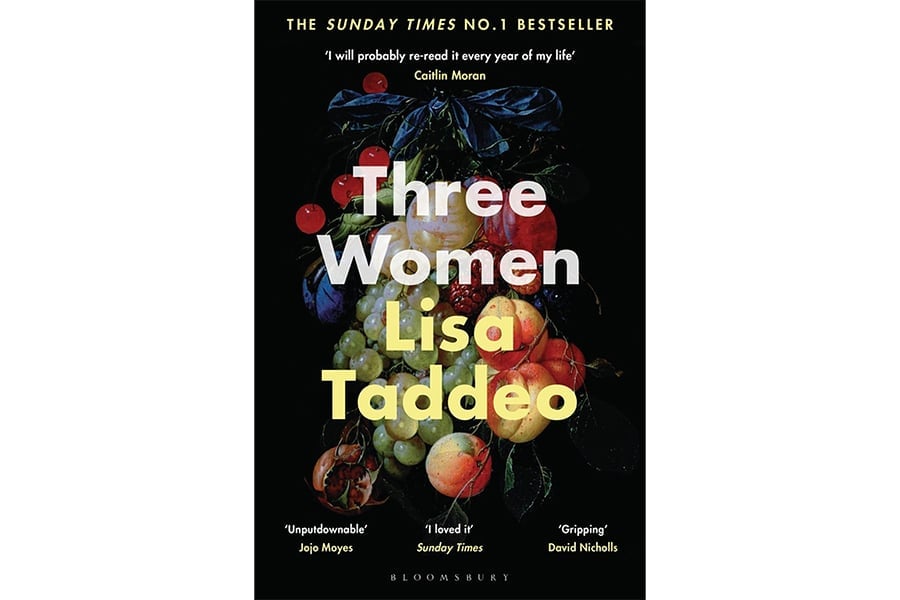 Lisa Taddeo's novel follows Lina, a woman in a marriage on the brink of breaking down; Maggie, someone who is aching to be understood and ends up in a messy relationship with her teacher; and Sloane, who is navigating what it is to be sexualised by everyone around her. The book explores these women's lives, thoughts, messiness, and inner worlds as they navigate their desires. 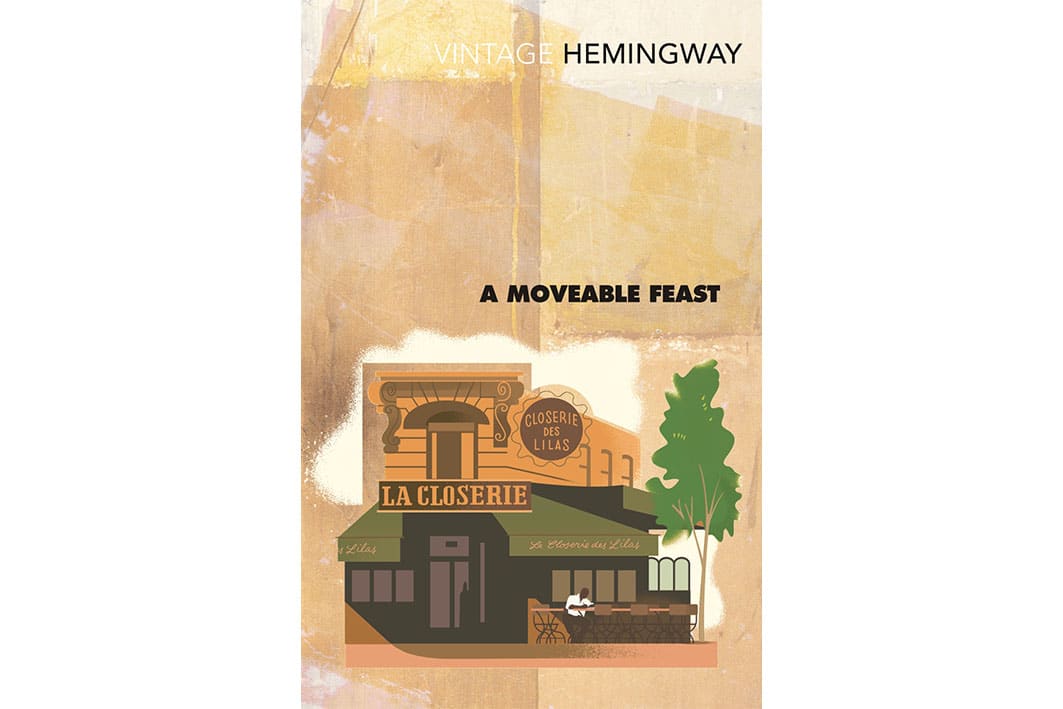 We may not be in Paris, but we'll always have A Moveable Feast. For those needing holiday indulgence, there is nothing like a classic, and Hemingway is a good one to fall back on. Written during the final year of his life, Hemingway recollects memories of his life as an unknown writer living in Paris in the 1920s. From interactions with other literary heroes to musings about his younger self, there is nothing quite like it. 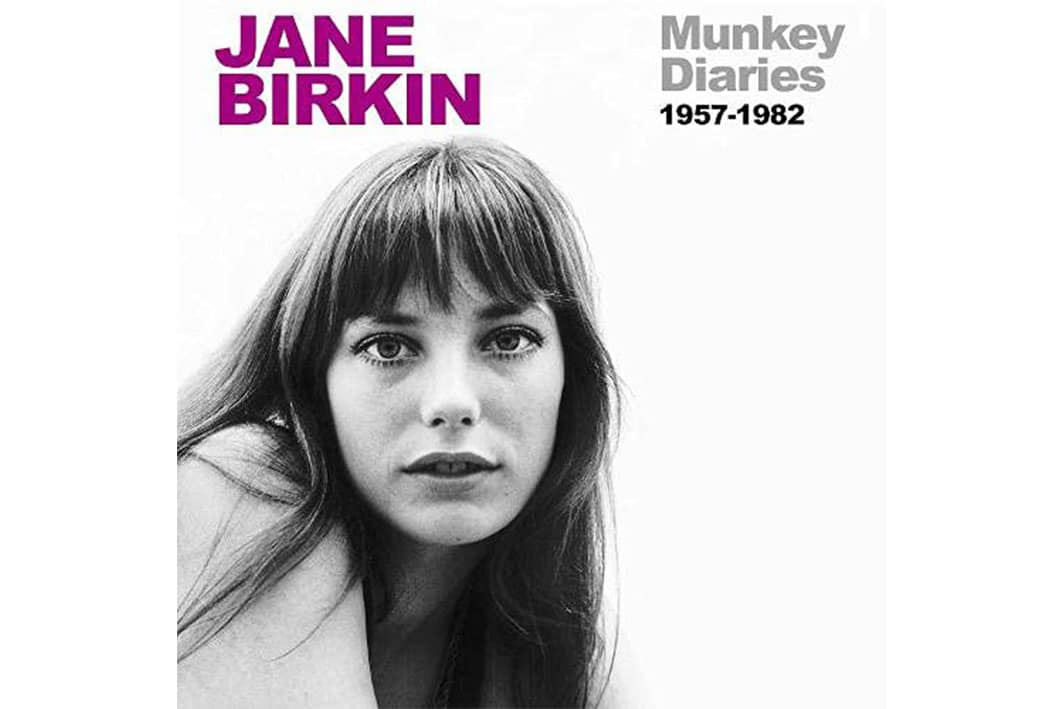 A compilation of pieced together diary entries from Birkin herself from the age of 11 all the way into her life with Serge Gainsbourg. A chronicle of the extraordinary life the singer, actress, and icon has lived, as she herself saw it. From clubs in Saint-Germain to life in London, this is escapism at its finest.

7. Nothing But My Body, Tilly Lawless 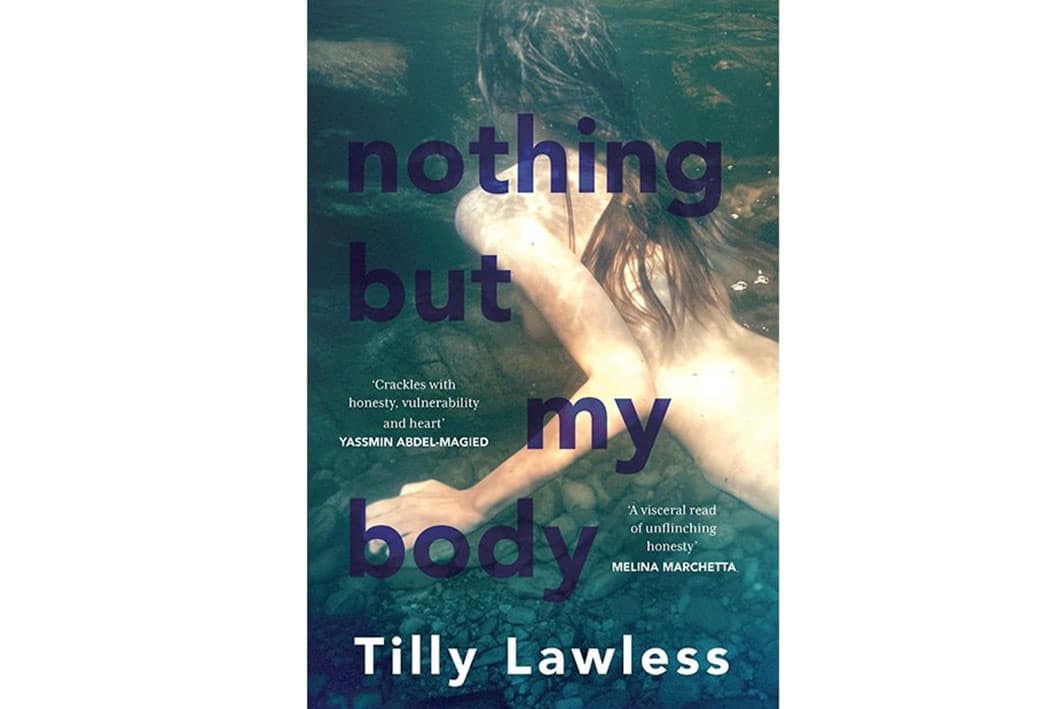 Written over the course of an eight-day period, Lawless' debut book explores the self, body, queer communities and relationships against the backdrop of the 2019/20 bushfires and the pandemic. Nothing But My Body has it all. 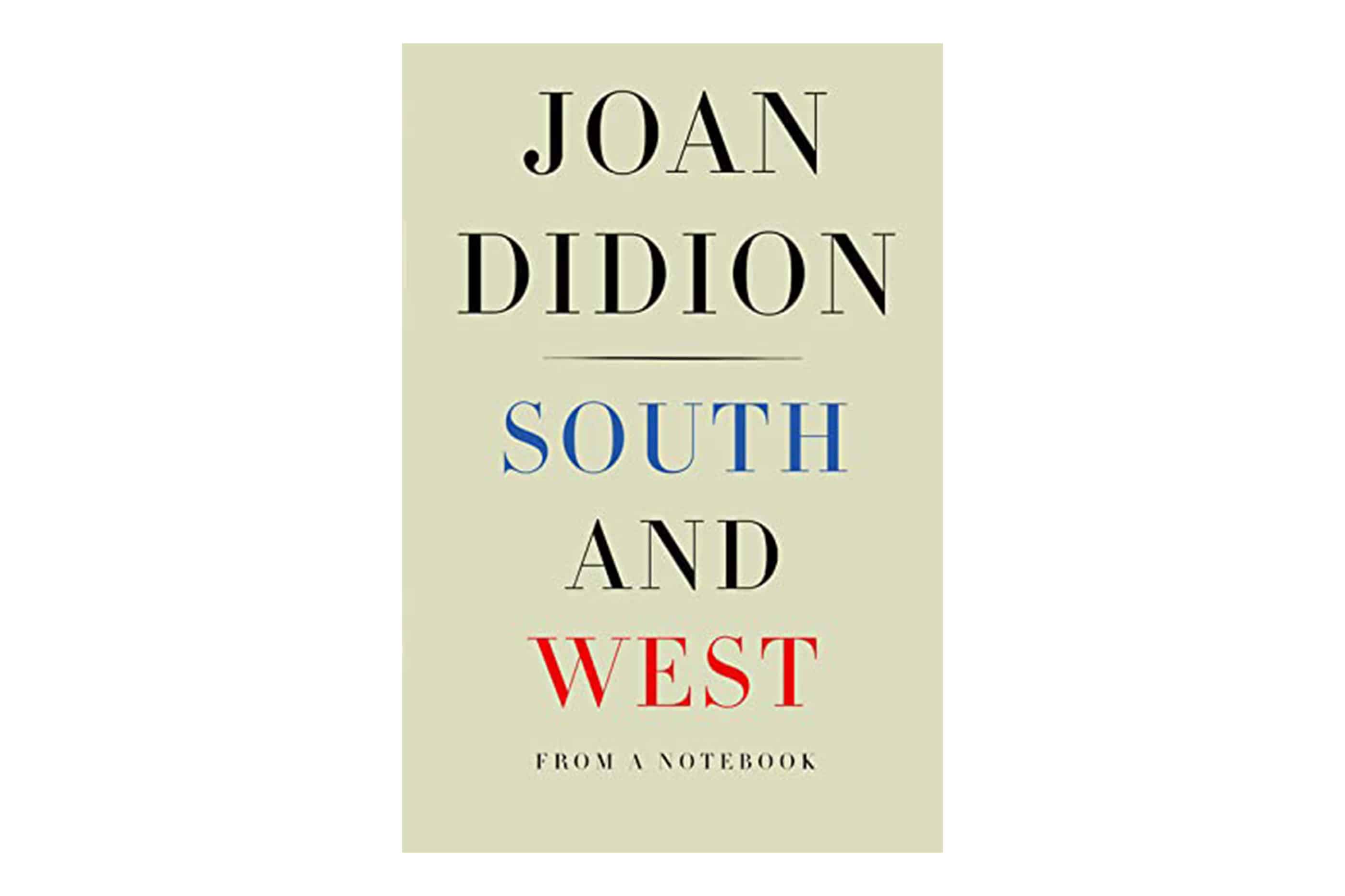 We think of California as being Didion's territory, but much of her best writing dwells outside of the West Coast. South and West is a compilation of the notebooks she kept in the 70s, the first chunk while road-tripping through Louisiana, Mississippi, and Alabama with her husband John, and the other section while sent to report on the Patty Hearst trial for a Rolling Stone feature that never got off the ground. The book is illuminating for many reasons, Didion wanders through towns so poor Pica is rife among the children and swims at Motels that have never seen a woman in a bikini before. But she also jots down the arguments on the road with John, her relationship to California and her writing process. Something to inspire you even when your mind is on holiday. 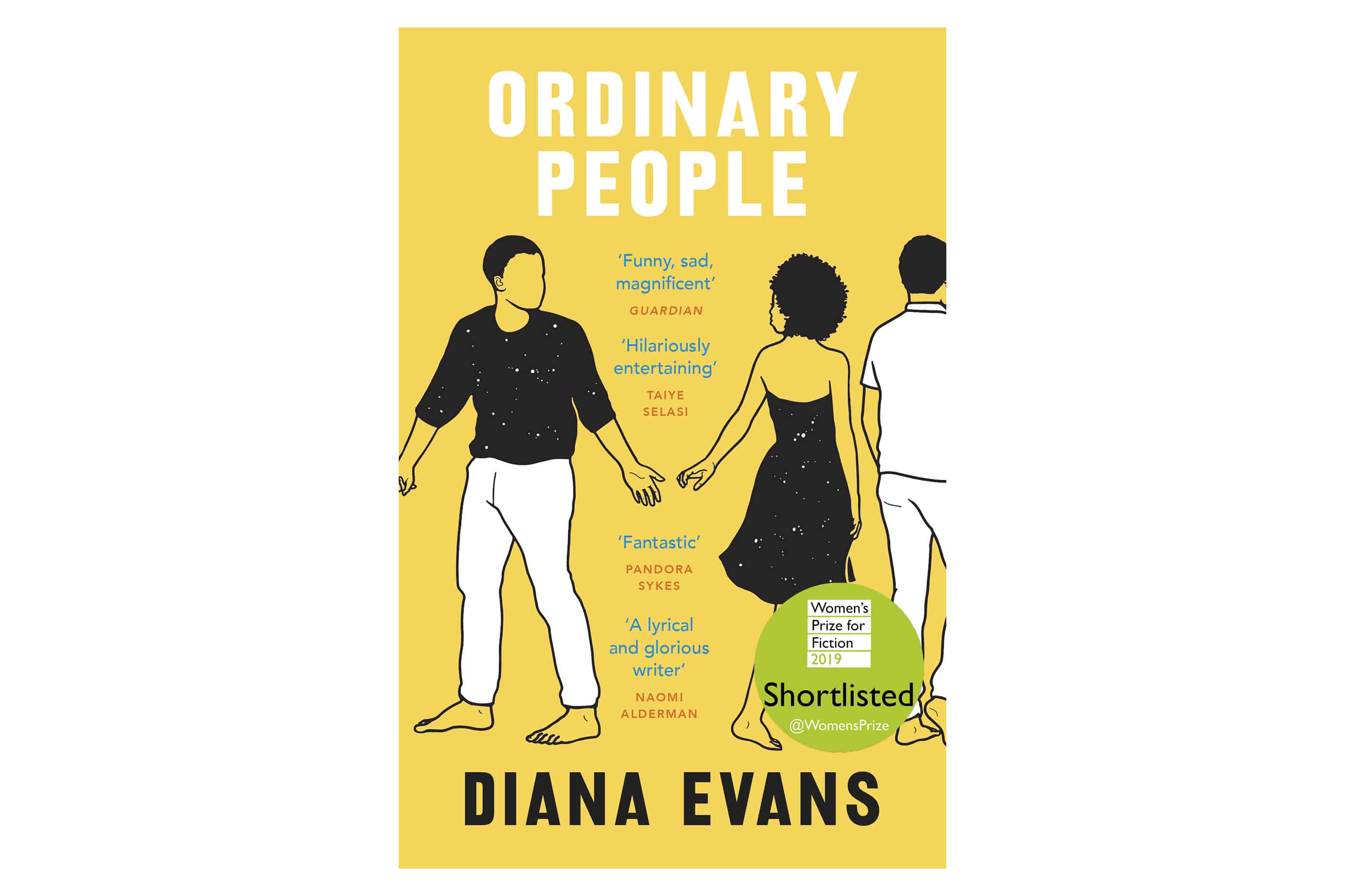 Diana Evans introduces us to two couples on the eve of Obama's election. Set in London, both on its outskirts in Dorking and the suburb of Crystal Palace, the book tackles middle age, marriage, compromise and the delicate balance of relationships to the soundtrack of John Legend's 2004 album Get Lifted. 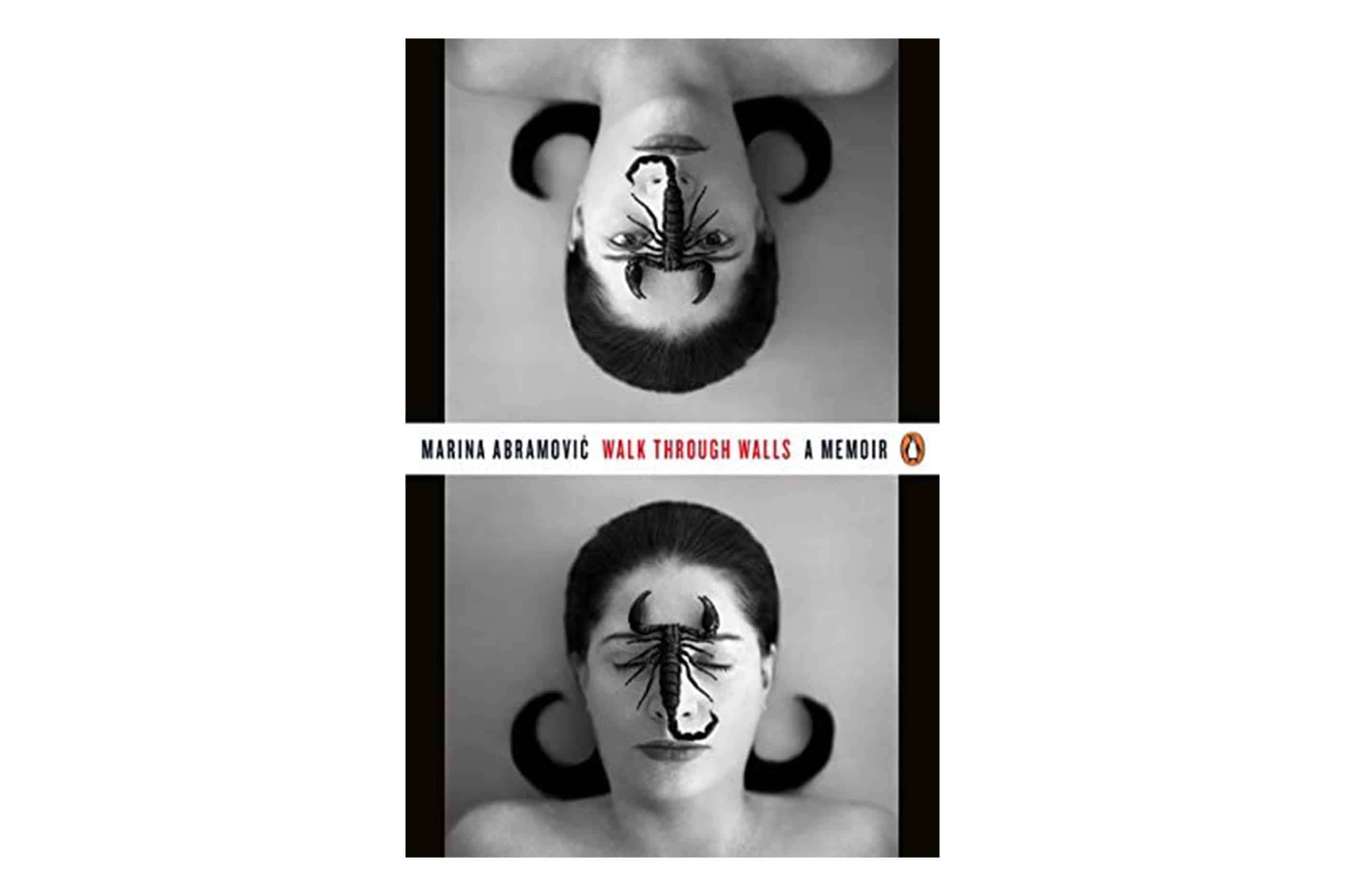 Soul food. There's something heart-opening about reading across the subject of art while on your summer sojourn. Marina Abramovic's 2018 memoir is nourishing, even if her descriptions of adversity are at times shattering. Raised under Tito's regime in the former Yugoslavia, her upbringing was difficult and her mother, severe. Through it all, the act of creation brought her meaning, and the book follows this strain, drawing on her famous performance artworks and that decade-long love with fellow artist Ulay.

11. Beautiful World, Where Are You, Sally Rooney 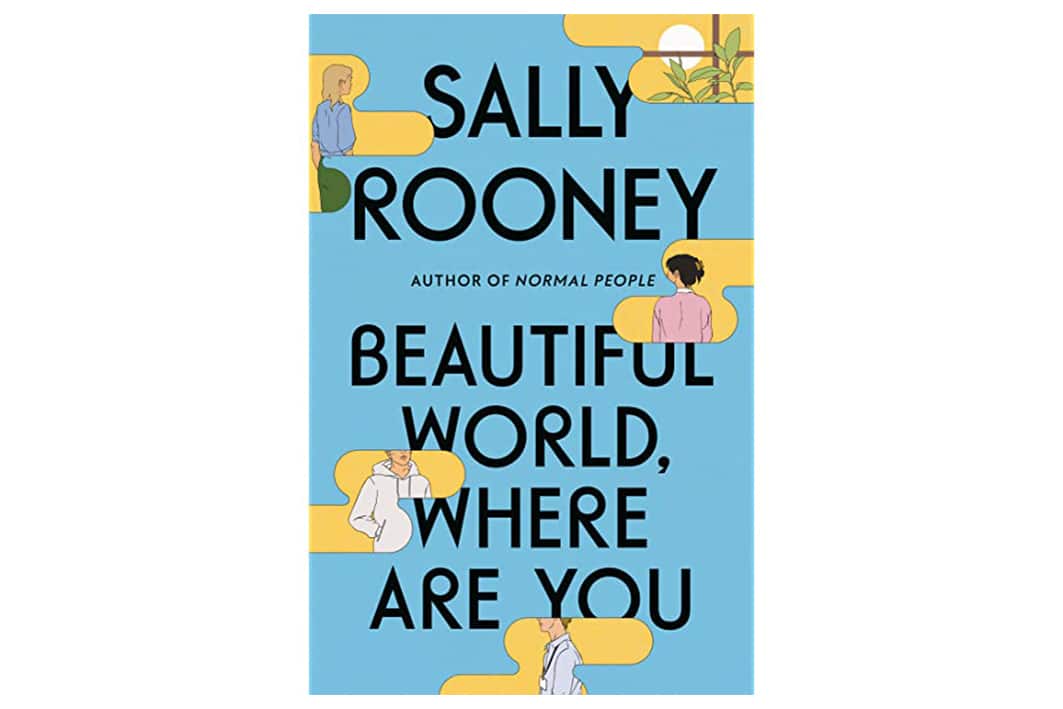 If you haven't yet read Sally Rooney's third millennial romance novel, Beautiful World, Where Are You, now is the time to do so. Alice is a two-time hit writer who has recently moved to a historic house in a small town, where she meets Felix, a warehouse worker with a chip on his shoulder and intimacy issues. Elaine is Alice's best friend, who works in independent publishing and has a longtime "will they, won't they" dynamic with childhood friend Simon. The four of them are navigating life as adults in their late 20s and fumbling their way through it, all while having very horny, consensual sex. 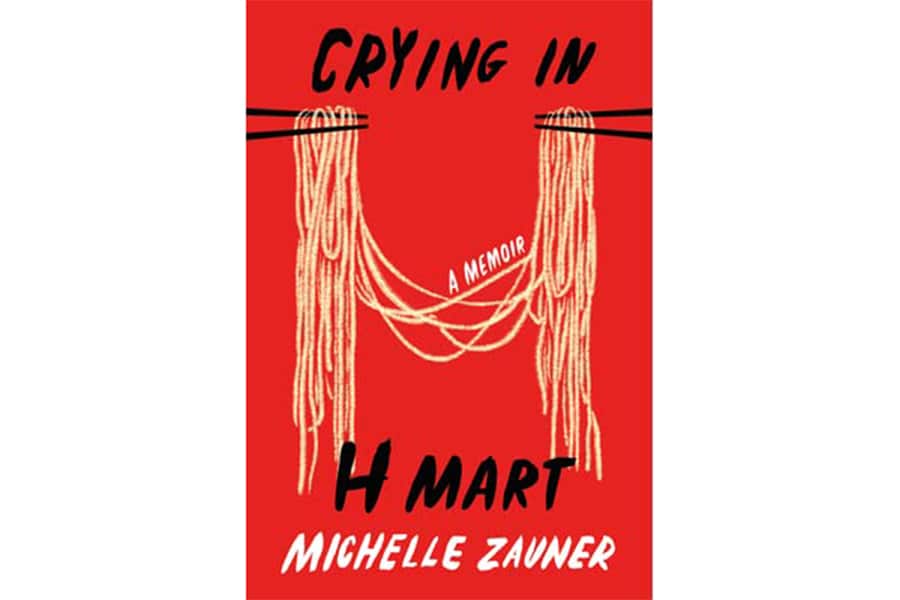 Michelle Zauner's best selling memoir, Crying in H Mart, was an expansion on an essay she wrote for The New Yorker in 2018. In the book, Zauner mines her upbringing as a Korean-American, the impact of losing her mother to cancer, and reflects on the importance of food as the thread connecting it all. 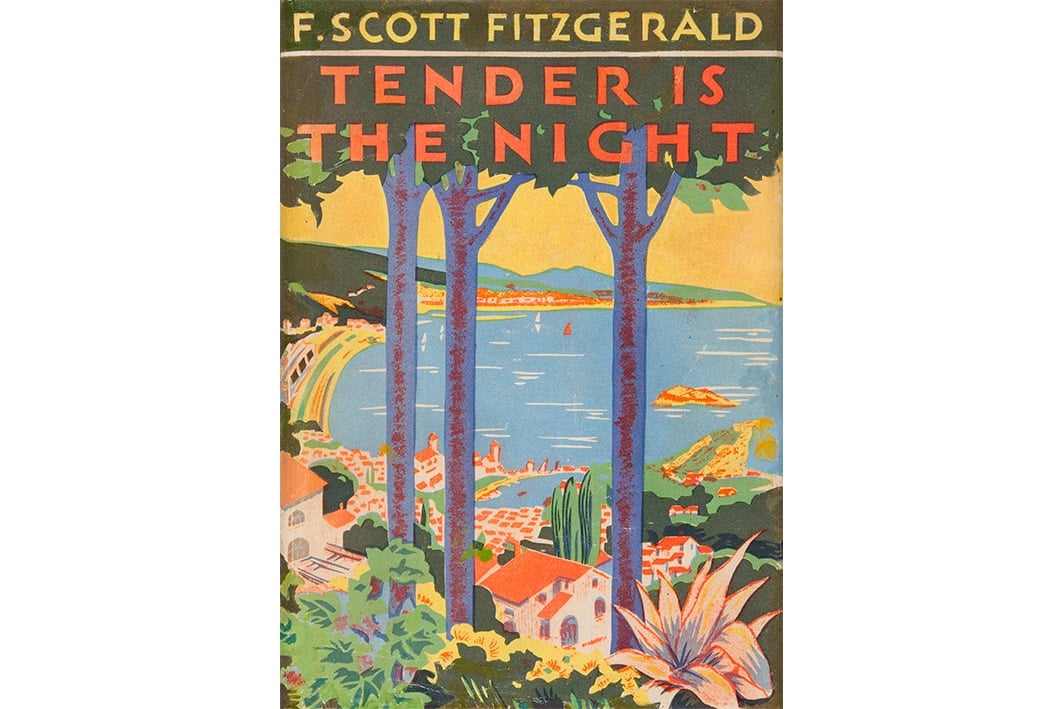 It is in the French Riviera where film-star Rosemary meets Dick Diver and his wife. Set upon the sands of the Mediterranean in the summertime, Rosemary is soon entangled in their glamorous life, and all of the cracks it is built upon. 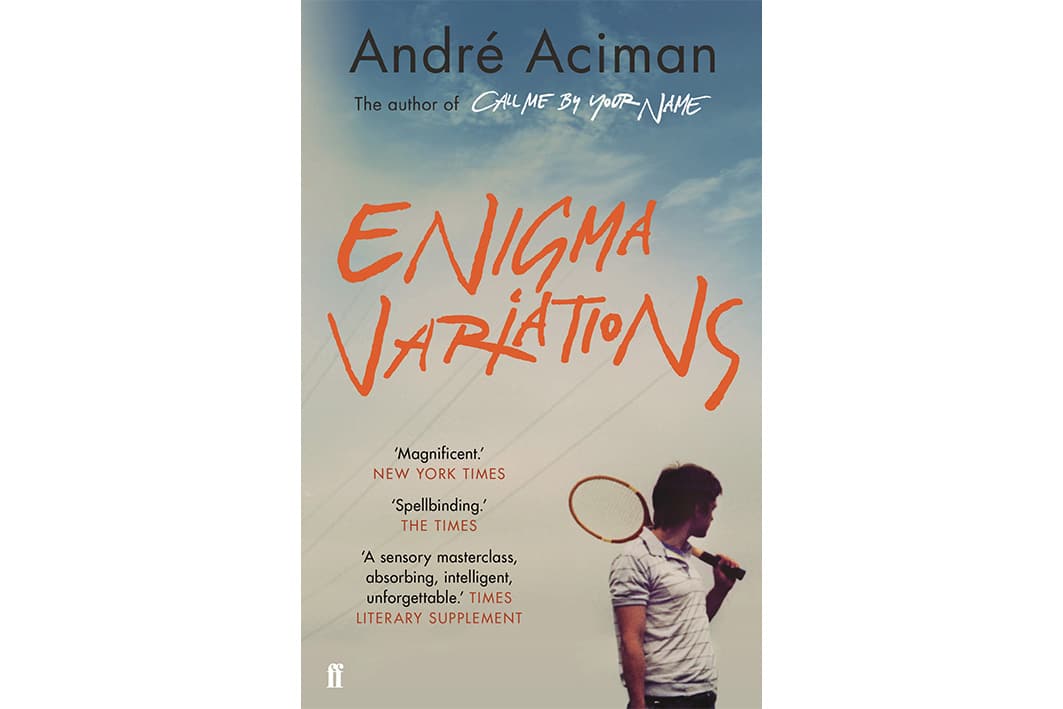 Andre Aciman never fails to deliver material that makes us long for warm days, and Enigma Variations is no exception. Chronicling the life and relationships of a queer man named Paul, the novel takes us on a journey from his first crush as a boy in Southern Italy to an old flame he can't stop going back to in New York. Desire is written so viscerally it is dropped into the palm of your hand. 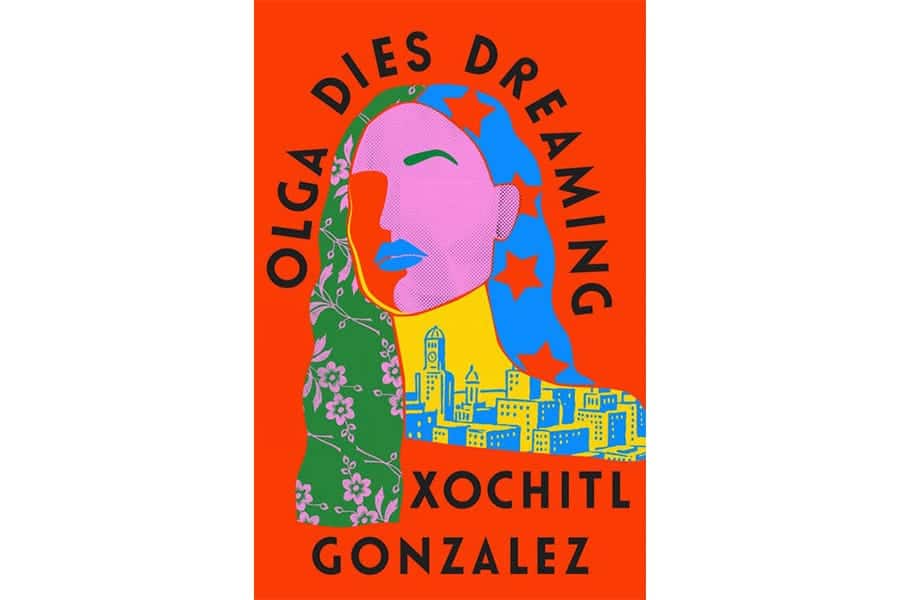 Set against the backdrop of New York City in the months surrounding the most devastating hurricane in Puerto Rico's history, Olga Dies Dreaming is a story that examines political corruption, familial strife and the very notion of the American dream from the lens of Olga and her brother, Pedro 'Prieto' Acevedo, two bold-faced names in their hometown of New York. The book is gripping, emotional, and will leave you changed forever.

16. The Right to Sex, Amia Srinivasan 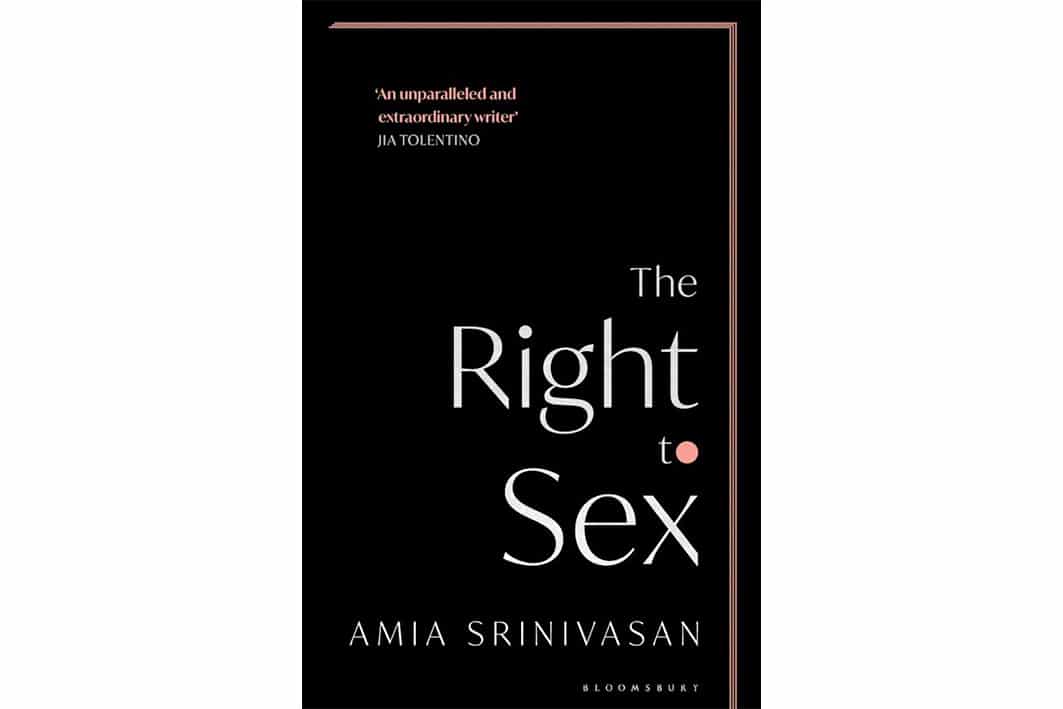 For some summer thinking. Amia Srinivasan's The Right to Sex interrogates the politics and ethics of sex in the world, using incel culture as a launching pad. The book fleshes out the ideas Srinivasan posed in her viral essay Does Anyone Have the Right to Sex for London Review of Books and offers us wholly original perspective on the subject. 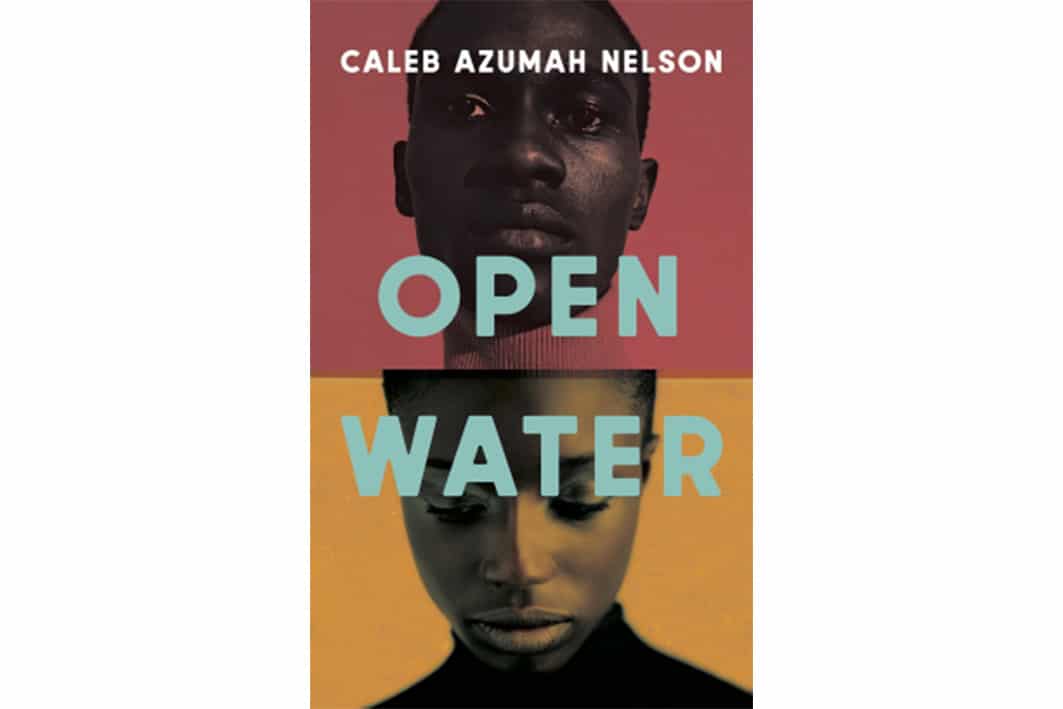 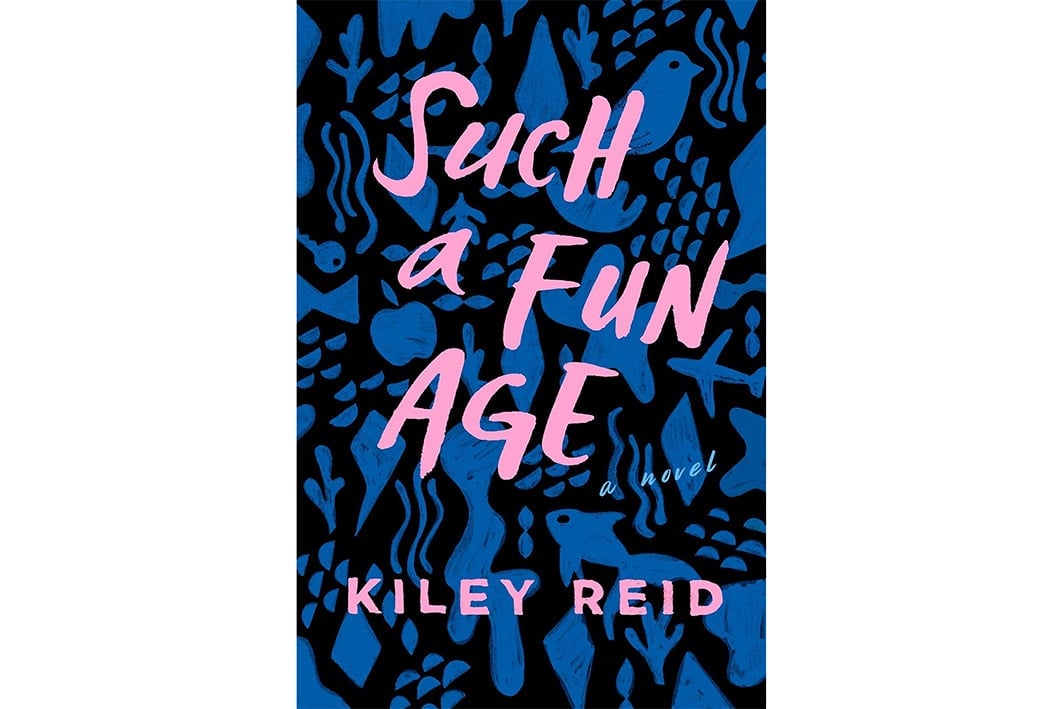 Emira, a young Black nanny is accused one evening of kidnapping the white child she looks after. When a stranger records the altercation, the video goes viral, and Emira is pulled between her #girlboss employer's guilt, her woke white boyfriend's eagerness to be a good ally, and ultimately, her sense of self. Kiley Reid executes a sprawling, witty, and sharp dissection of the white saviour complex in a digital age.

19. Year of the Monkey, Patti Smith 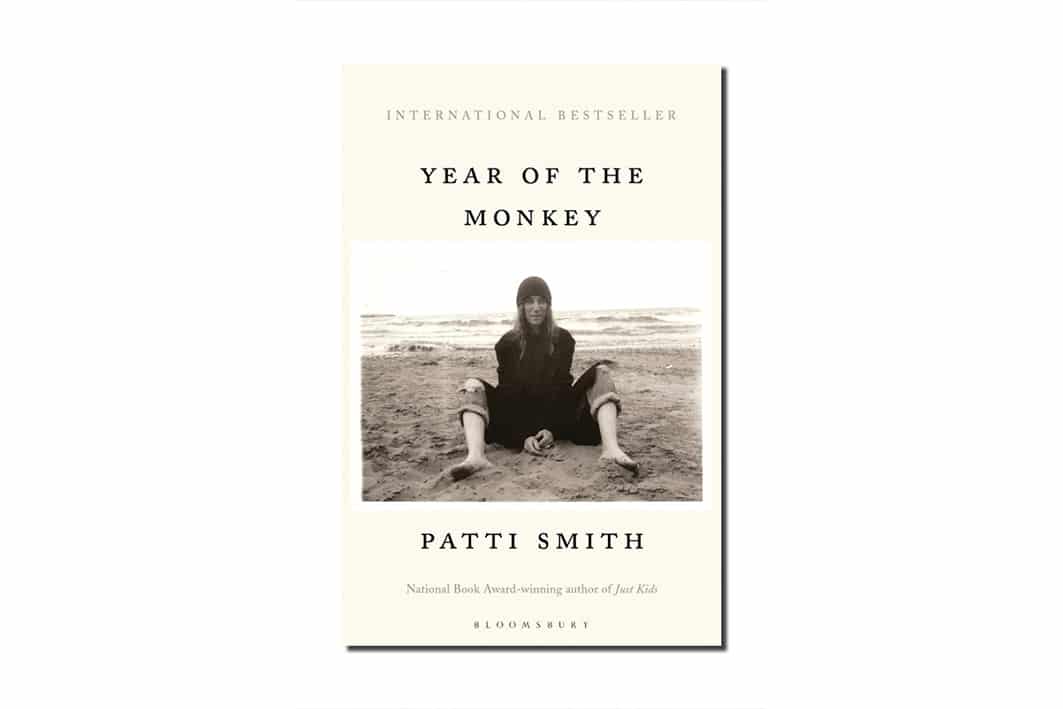 Patti Smith takes us on a road trip from Santa Cruz to Arizona in a memoir that blends memory and fiction with poetic mastery. It is a journey with Smith as she heads toward a new decade in her own life, offering her wisdom, wit, gimlet eye, and unwavering hope to the reader.

20. Everything I Know About Love, Dolly Alderton 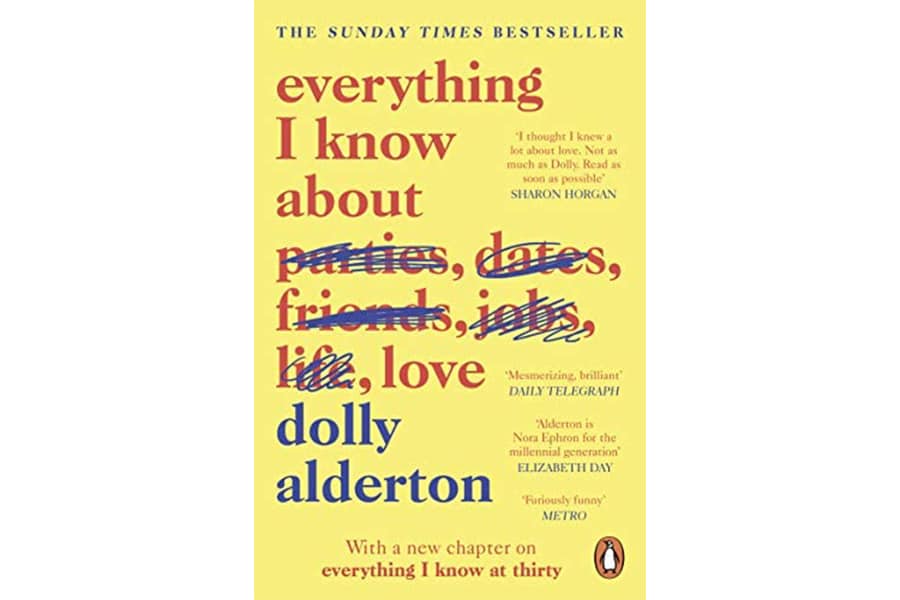 Journalist Dolly Alderton's memoir vividly recounts falling in love, wrestling with self-sabotage, finding a job, throwing a socially disastrous Rod-Stewart themed house party, getting drunk, getting dumped, realising that Ivan from the corner shop is the only man you've ever been able to rely on, except for your mates, who are always there at the end of every messy night out. What cosplays as a book about love, turns out to be one about female friendship. 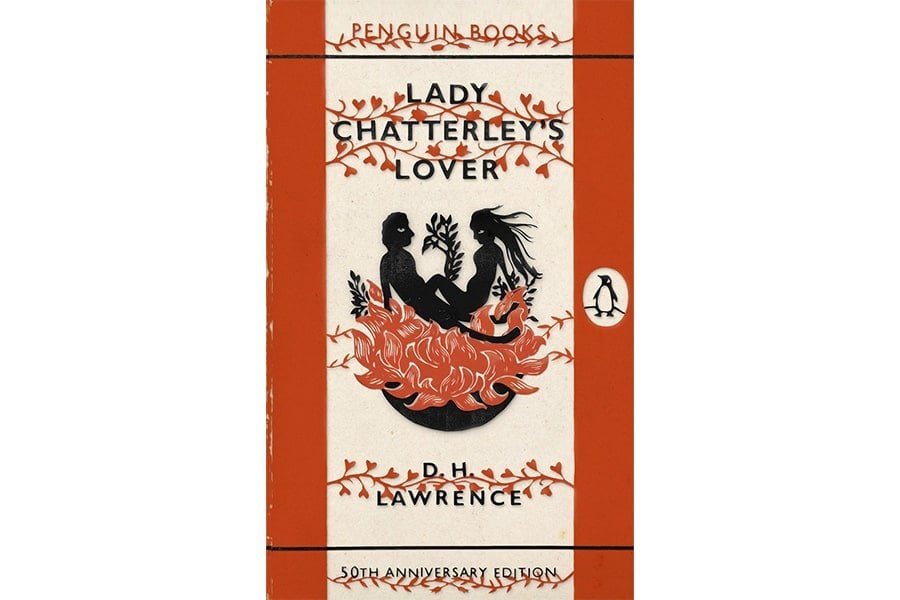 If you're in the mood for some good old period-drama smut, Lady Chatterley's Lover is for you. The book was first written and published in Florence in 1928, and was only released in England four years later after being expurgated. As a random, unwarranted tidbit, my own grandmother brought the book illegally into Australia when she migrated in the late 50s. The hot and heavy plot follows Constance Chatterley, who is married to Sir Clifford, a wealthy landowner who is paralysed from the waist down and spends most of his time reading and focused on his grand estate, Wragby. Feeling unlucky in love and probably quite bored/horny (our words), Constance finds herself passionately entangled with the estate’s gamekeeper, Oliver Mellors. It develops into a classic love triangle and Constance must choose between the men. 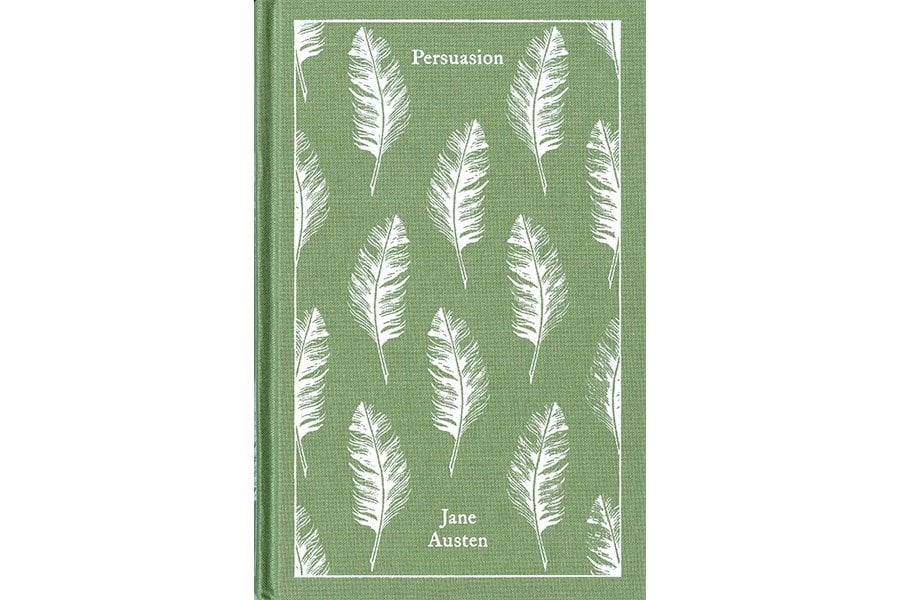 A classic for every occasion. Austen's final completed novel follows Anne Elliot who is no longer "young" (she's 27) and has few romantic prospects. Eight years earlier, she was persuaded by her friend Lady Russell to break off her engagement to Frederick Wentworth, a handsome naval captain with neither fortune nor rank. Now, they encounter each other again, and the rest is in the novel...

PREVIOUS
What the 'RUSSH' editors are watching, reading and listening to in December
NEXT
18 of the best 90s cult films that have – and will forever – last the test of time