Somehow, we always end up back here, revisiting the 90s. In a sense it really was the golden age. From an Australian perspective, it was the era that gave us Silverchair and Two Hands, and for those who had their eyes glued to the TV: Heartbreak High. That's why of all the reboots being flung our way, it was the announcement from Netflix that a new Heartbreak High was in the works that really had us talking. And now we've received our first look – Netflix has just dropped the trailer. 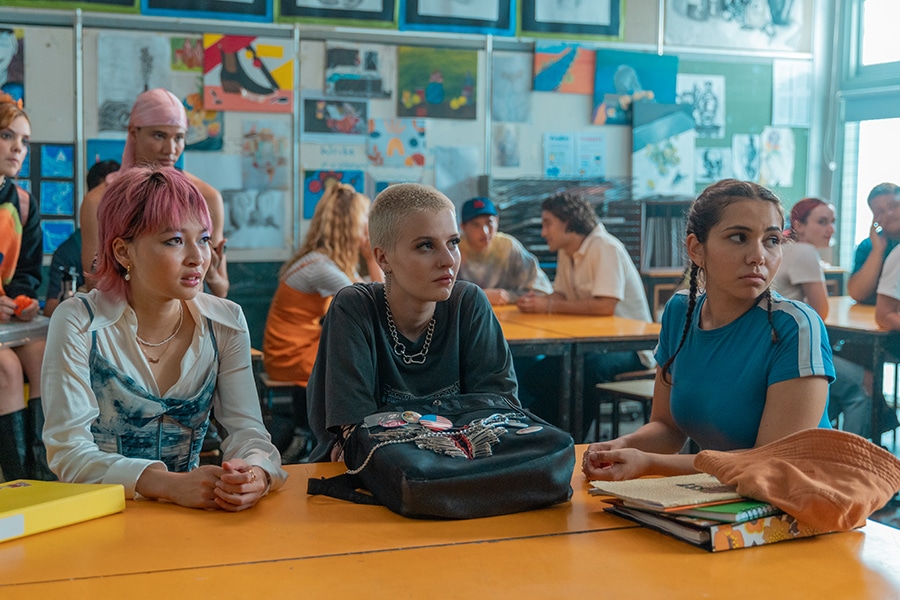 What is Heartbreak High about?

The original series ran for seven seasons across 1994 to 1999, taking us into the lives of teens at the fictional Hartley High School shot in Maroubra. Considering that it's a reboot, we can expect to return to the same school. At this stage, details on plot are scarce, aside from the fact that we know the eight-part series will revolve around Amerie – played by Ayesha Madon.

When we find Amerie she's been outcast after it's revealed that she created a mural exposing everyone's secret hookups – a six degrees of separation kind-of flow chart. Throughout the season we see Amerie try to make up with her best friend, while navigating love, sex and other drama associated with coming of age.

Familiar faces like Madon and Josh Heuston will appear in the series, while we can expect to hear from newcomers like James Majoos, Chloe Hayden, Asher Yasbincek, Thomas Weatherall, as well as Will McDonald, Gemma Chua-Tran, Sherry-Lee Watson and Bryn Chapman-Parish.

When will Heartbreak High release on Netflix?

A date has been set for September 14, so not long now. In the meantime, you can catch us diving back into the archives and revisiting the original Heartbreak High on Netflix while we wait for the reboot to drop.

See the trailer to Heartbreak High, below.