In partnership with Swatch


"Just wing it". Josh Heuston is not one to take himself too seriously. In fact, when he's not on set, be it acting or modelling, you'll most likely find him vegging out on the nearest beach side-by-side with his closest pals. Which is where we recently caught up with Josh, discussing everything from his dream movie role and the power of creativity to his MO in life.

In between Bondi and Clovelly Cliffs and lensed by our Angel Jhang, Josh appears tousled haired and dripping in his signature silver jewellery. On his wrist are timepieces from the Swatch 1984 Reloaded collection - a joyful ode to the carefree and monumental decade that was the 80s; specifically 1984. It was the year that brought us Purple Rain by Prince and Madonna's iconic track Like A Virgin - both sexed up and daring. Swatch taps into this magic, taking cues from the Memphis design movement with its geometric graphics, primary hues and monochromatic details, transferring them onto five new styles that you can find along with our chat with Josh, below. 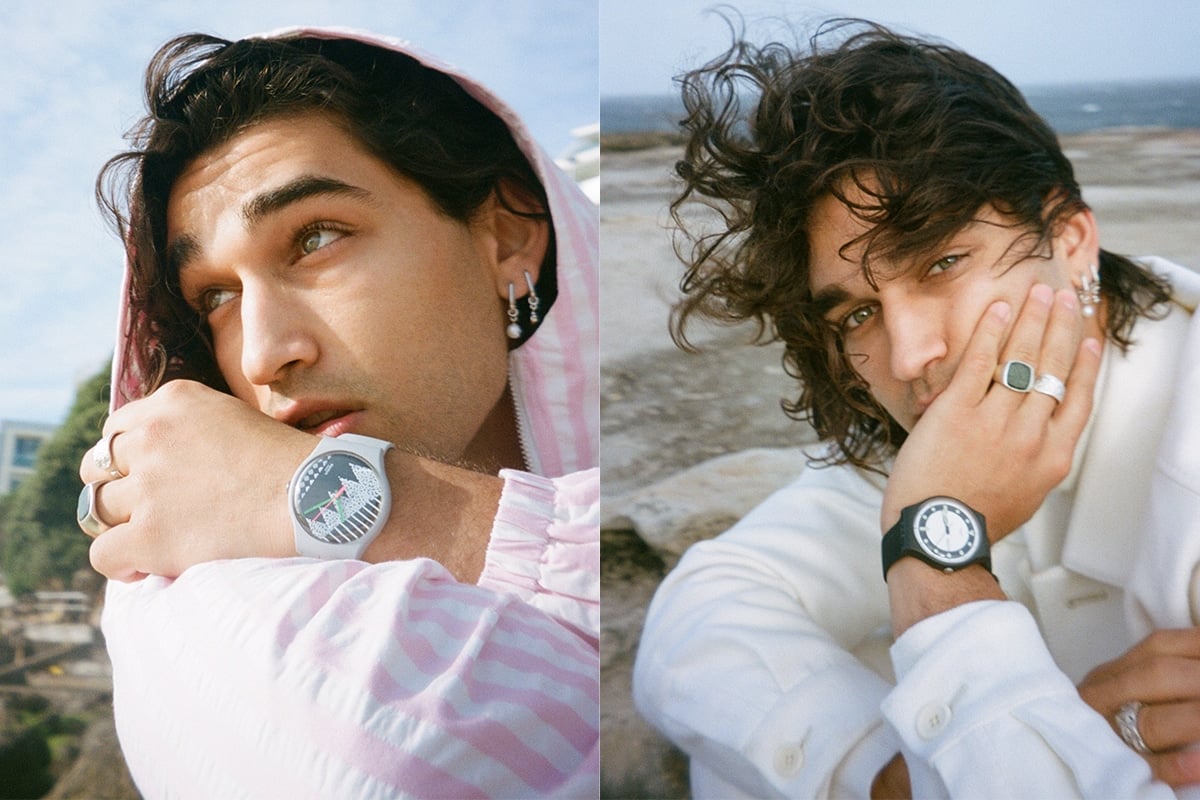 What’s the first thing we should know about you?

When summer comes around you’re most likely to find me…

You'll find me at the closest beach with my mates. 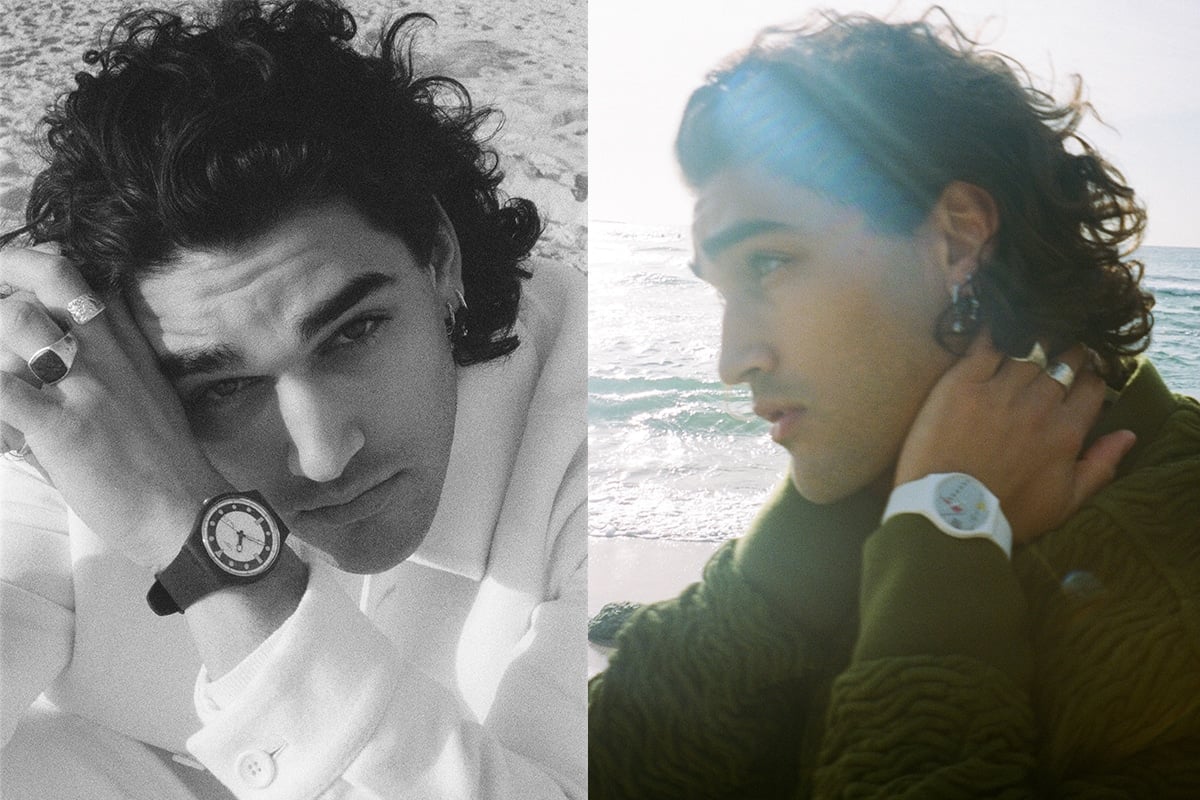 How is your personal style influenced by the 80s?

I've taken a lot of my tucked in shirts and bright button ups from the 80's.

What are three essentials you need by your side during the summertime? 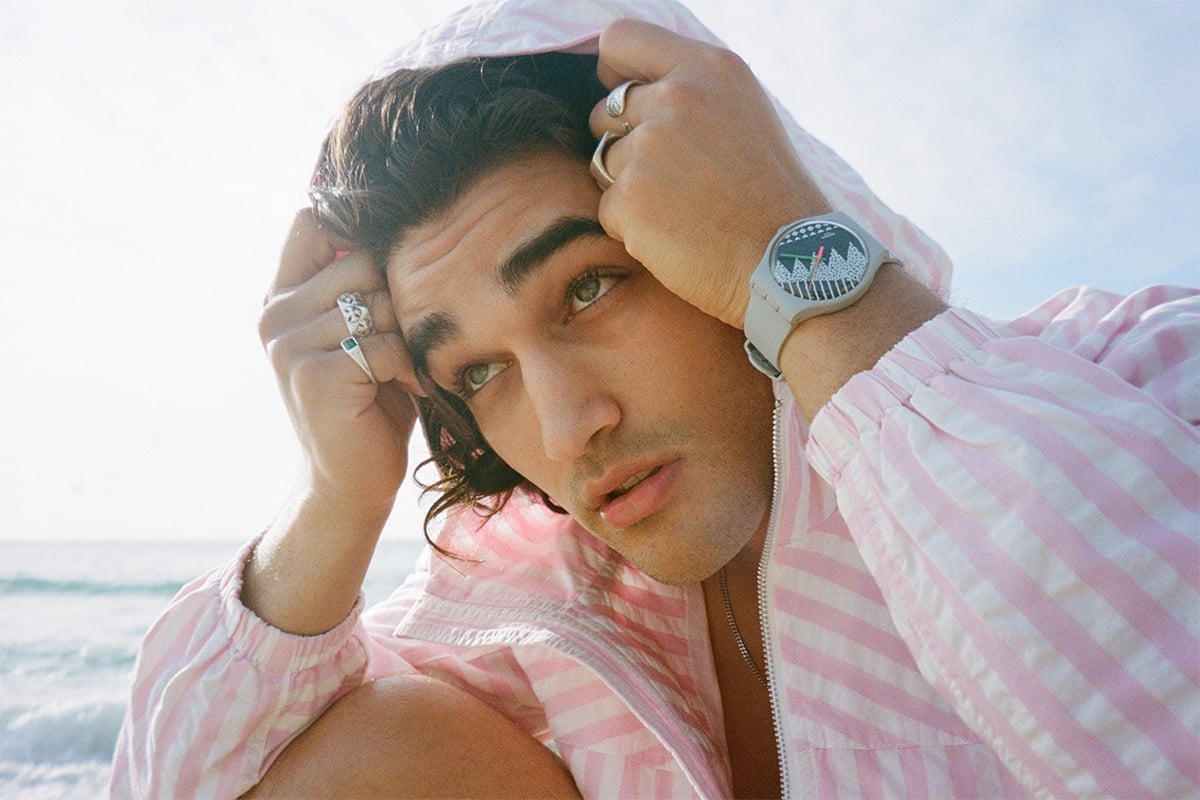 Why does the Swatch 1984 Reloaded collection speak to you?

I'm big on brands introducing more sustainable ways of producing their products, the fact that this watch is derived from castor bean oil whilst not losing functionality is really cool to me.

I feel most energised by...

By being creative. I feel like I get the biggest boost while I'm making something or involved in a project. 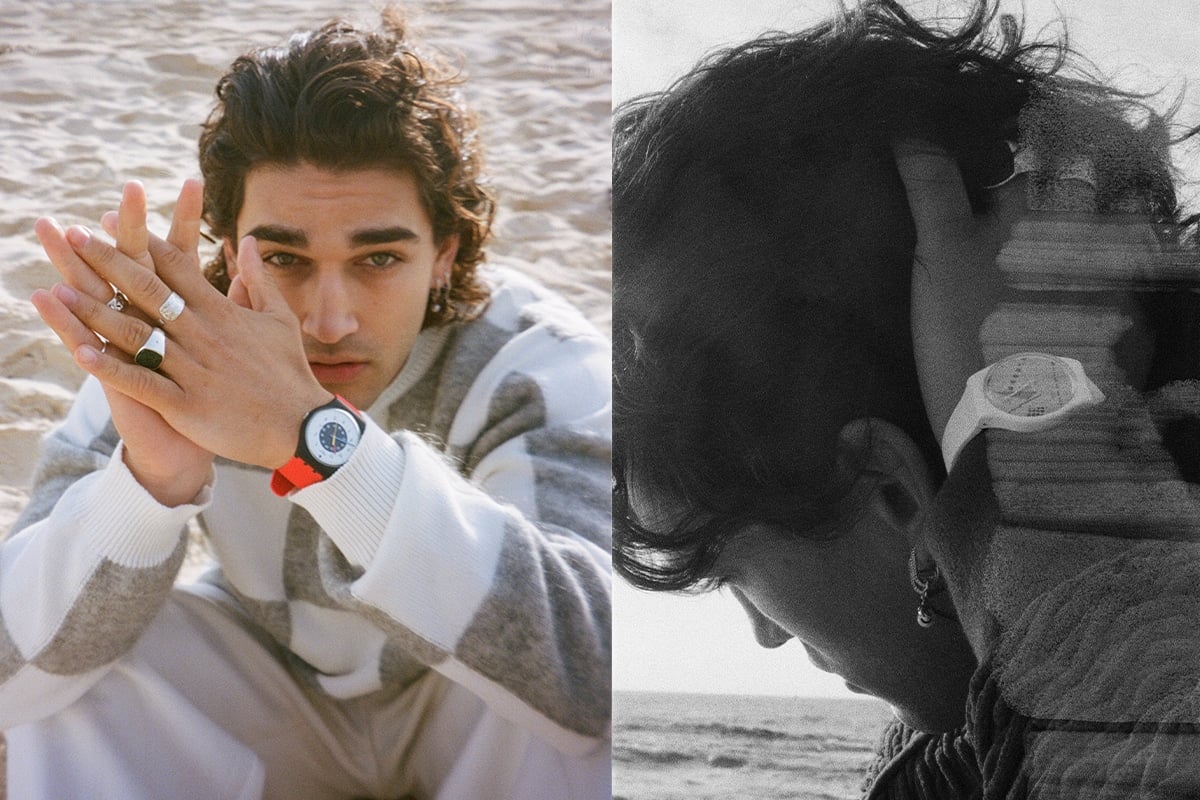 Following on from your acting debut on Dive Club, do you have a dream role or person you’d love to work with?

My dream role would be anything similar to Beautiful Boy or Candy. I love how immersive both those films are.

Do you have a style icon? Who are they and why?

I don't really have one specific style icon. I kind of take influences from heaps of people. A lot comes from music videos or movies. 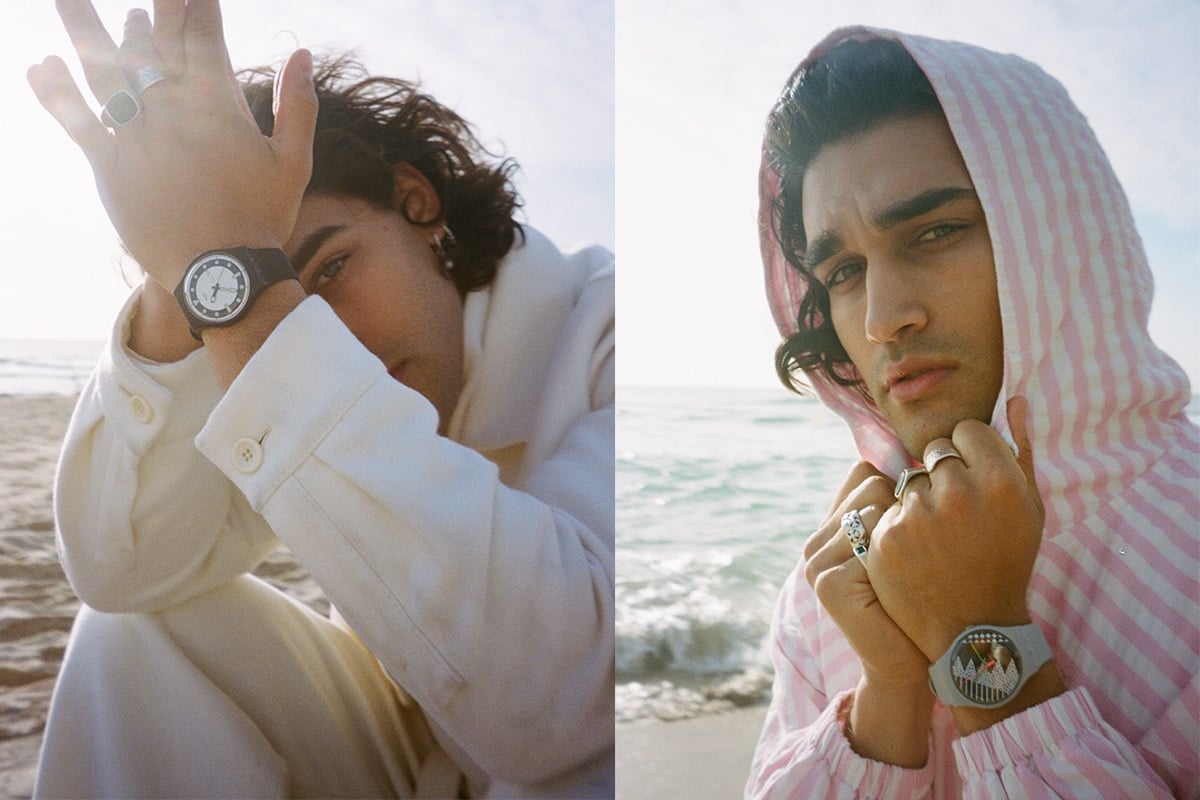 I kinda just live my life with the words "just wing it".

PREVIOUS
Our favourite loungewear label, Pangaia, has released it's very first denim line and naturally, it's sustainable as ever
NEXT
Ellen von Unwerth has created NFT's of Naomi Campbell and Kate Moss