In partnership with Gucci


Back in January 2021, Gucci inspired adventure like never before with pioneer of exploration, The North Face. The collaboration saw dreamy imagery come to life of an outdoors expedition with friends, clad in the hybrid collaboration which felt so seamlessly interwoven. Now, Gucci is unveiling Chapter 2 of its partnership with The North Face, with a tactile collection that captures the spirit of exploration, and Sydney-based creative agency Culture Machine is helping them do so.

Drawing from the themes of self-expression and self-discovery that both brands are built upon, the Gucci X The North Face: Chapter 2 offering expands upon where it left off with cutting edge products and a sense of community. For the second chapter of the collaboration, Gucci teamed up with Culture Machine here on Sydney/Gadigal land to bring the collection to life with creatives and individuals that capture the essence of the collection.

Through stills lensed by Yasmin Suteja and a video directed by Priscilla Cui, Gucci's explorers are now urban travellers, set against the concrete backdrop of Culture Machine Studios. Emulating the dreamlike Nordic island that is Iceland, where the original campaign was shot, layered, glacier-like props sit in the foreground and background, tying the collection themes together. Gucci X The North Face: Chapter 2 comes to life, on five Sydney models and creatives who work across multiple industries. Wrapped in logo-embossed puffer jackets layered over tracksuits and shorts, models are captured alongside each other inhabiting the space and making it their own. Get to know the creatives behind the imagery, below. 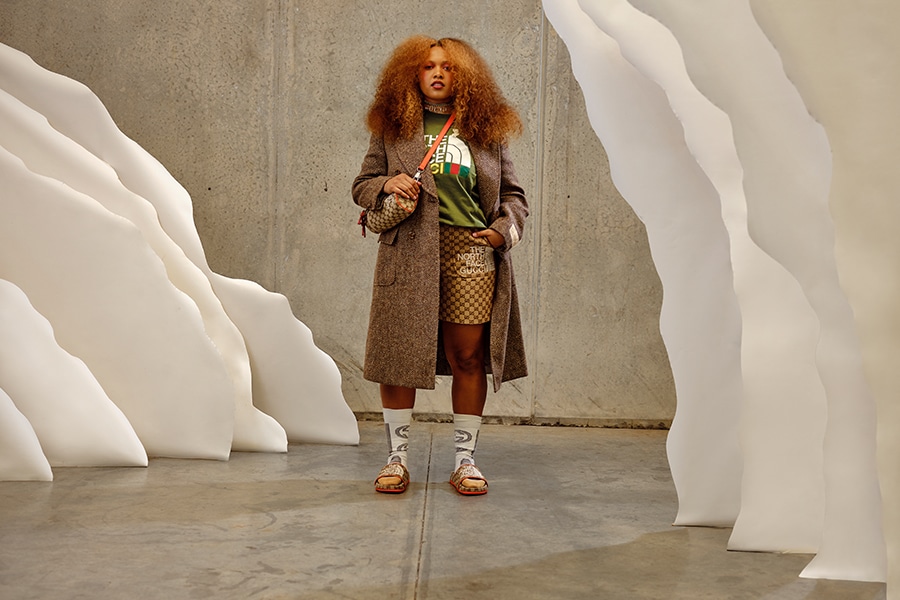 Bailey Donegal, a Jamaican and English model based in Sydney expresses her creativity through experimenting with fashion, which ultimately lead her to modelling, where she is now signed with the Stone Street Agency. When she is not modelling, Donegal works full-time for a Veterinary Tech Company, working closely with vets to improve the foundations of animal health technologies. 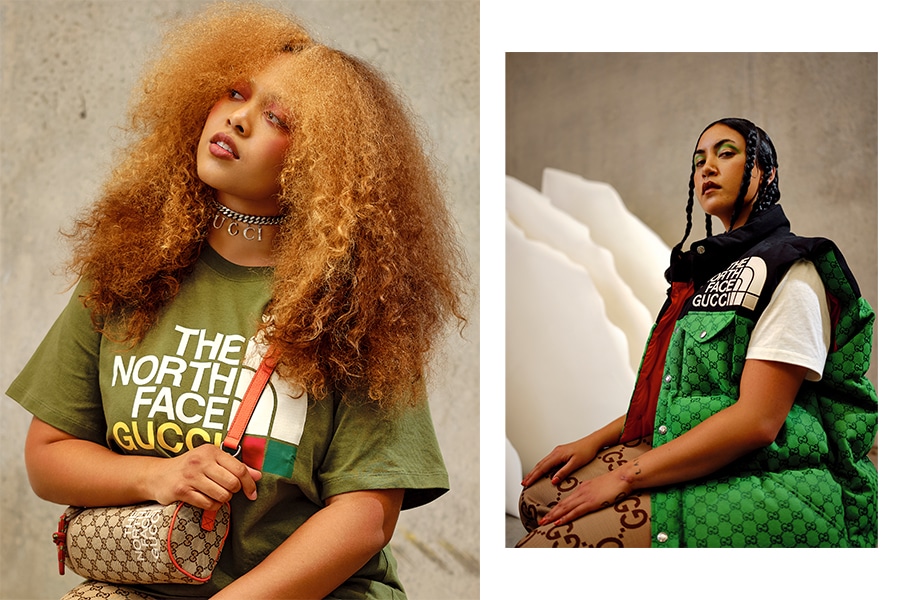 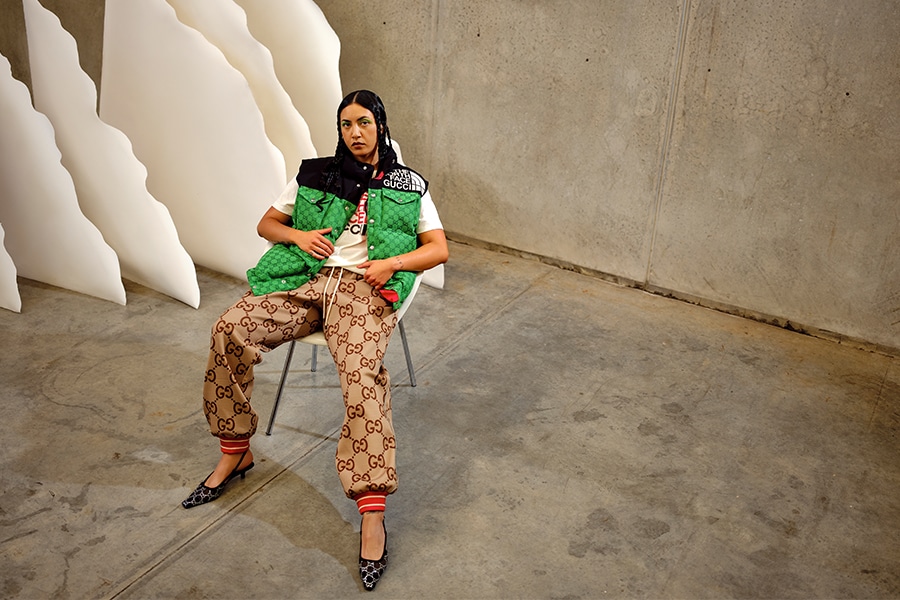 Tiara Vella is a Malaysian, Indonesian, and Maltese dancer and creative living and working in Sydney. With 18 years of dance experience under her belt, Vella has trained, taught and choreographed both locally and internationally, spending two years living and dancing in Bali where she formed a strong connection with the local dance communities. After being one of the first to bring Jamaican Dancehall style to Bali, she is now regularly teaching in Sydney, specialising in the Dancehall style, and working on self-driven projects in movement direction, photography, film and styling.

Currently, Vella is working on a show with Suara Indonesian Dance, titled CICEM A Story Of Migration, which will show at Marrickville Library Pavillion on February 26th. 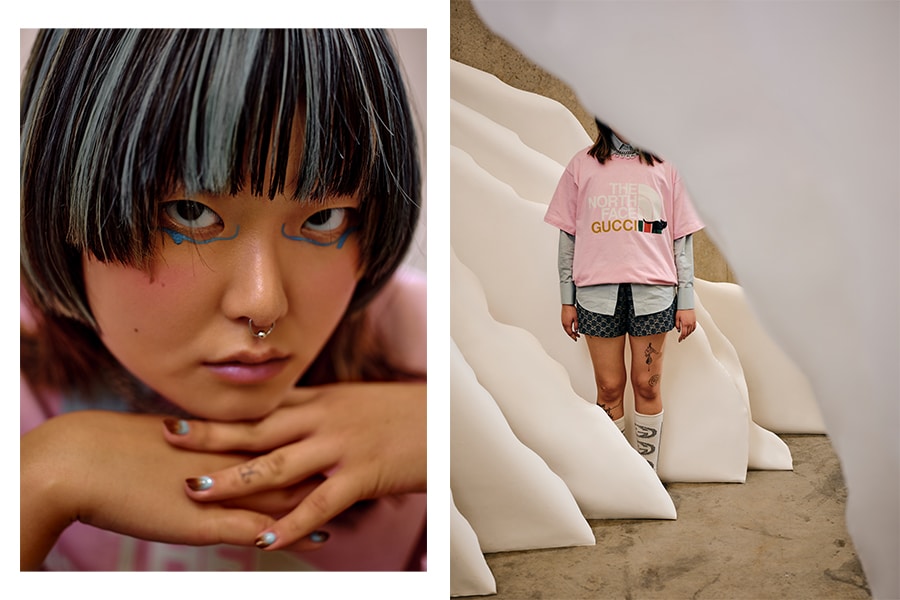 Bridgette Huang, a freelance multidisciplinary artist working in Sydney is currently figuring things out. While navigating one of the best stages in life, Huang works as a tattoo artist, model, and illustrator where she brings her intricate and surreal art to life through tattooing with non-traditional techniques to offer a truly unique perspective on her practice. 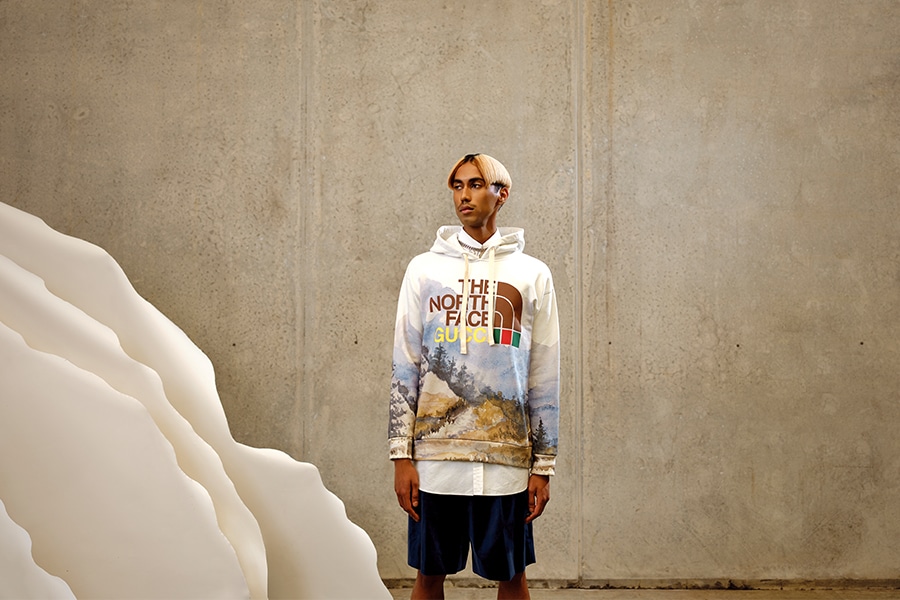 "The announcement of Sydney’s four month lockdown in 2021 forced me to throw out all plans I had to have the music video for REALITY TV professionally produced." Pillai notes on how he fell into set design. "I built a set in my garage, inspired by the Y2K-futurism of 2000s music videos, and shot and edited the video myself. I think I love building worlds. As wildly different as songwriting and set building can be, there’s a common theme of conceptualising an idea, nurturing it, and bringing it life. There’s an almost child-like exhilaration in being able to transform fantasy into reality." He says.

Through his work, Pillai aims to spotlight the queer-POC experience, and advocates for greater representation of the community in the creative industries. 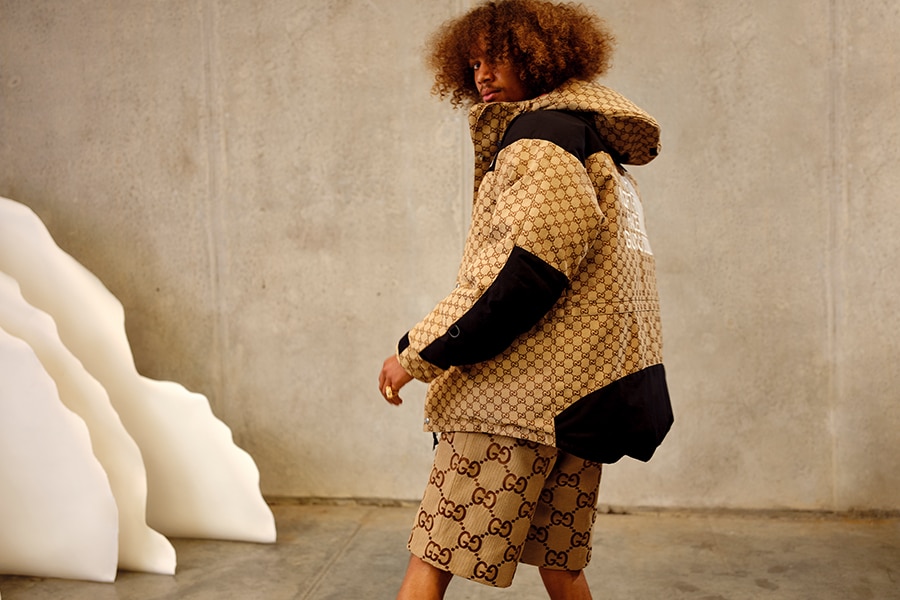 In 2019, Uadiale represented Australia in the FISU University World Cup in China, where he won the slam dunk competition. He also coaches youth basketball and occasionally is able to fuse his love of basketball with modelling and work with iconic sportswear brands to represent his work.

He is also currently studying human science at university and teaches Hatha yoga which he feels allows him to share the wisdom of the east with the support of western science.

The Gucci X The North Face: Chapter 2 collaboration is embodied by these individuals, who represent myriad of identities with creative passions that have lead them to exploration and self-expression through art, dance, music, sports, and fashion, creating a melting pot of representation across creative industries. Amongst the set built by Pillai himself and the energetic attitude that is so synonymous with Suteja's creative direction, this is how Gucci X The North Face: Chapter 2 is brought to life.

Watch the video, below.