Founded in Florence in 1921 - this year marks 100 years of the prestigious Italian Maison, Gucci and with it comes its newest collection titled, Gucci 100. A collection inspired to revel and reminisce in Gucci's memories of music, culture, art and its pioneering good taste; Gucci 100 is connecting the dots. And it's the dots between the language of fashion and self expression with those of clothing and individual identity. 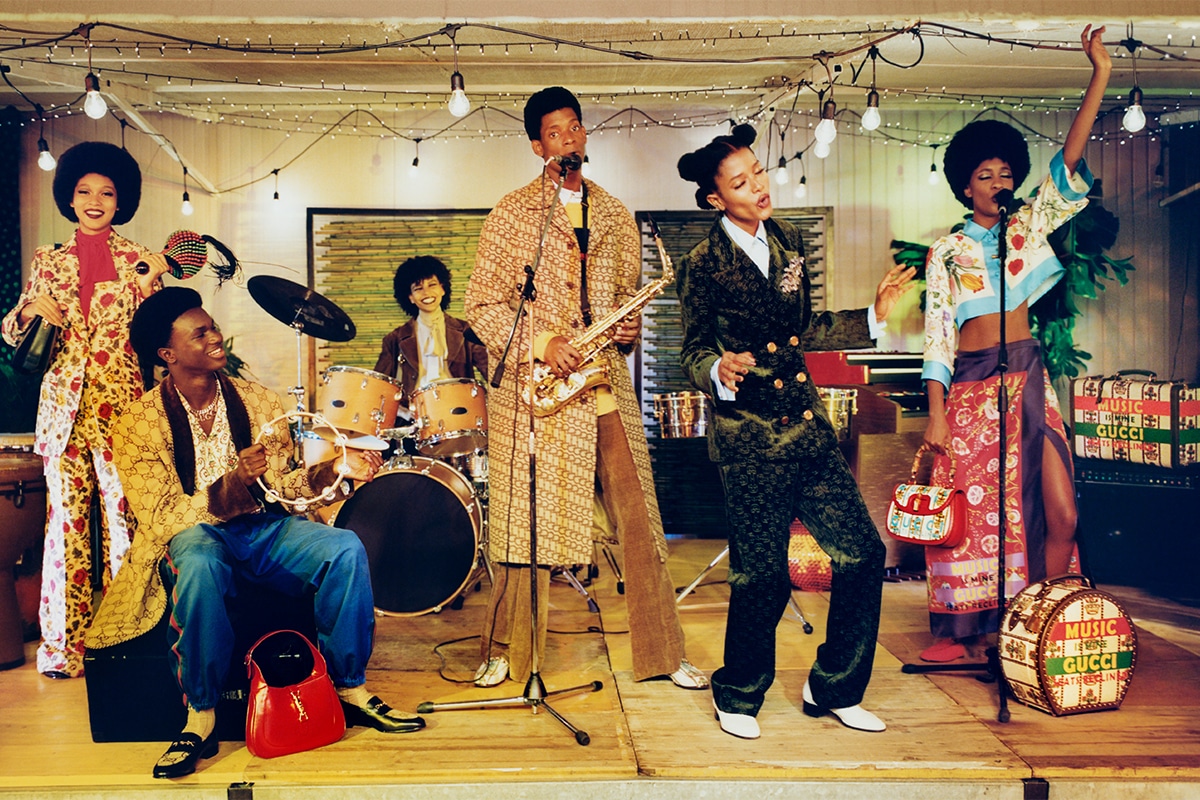 This centennial marks a monumental milestone for the brand, with Creative Director Alessandro Michele stating "The centennial, for me, represents an opportunity to bear witness to Gucci’s eternal vitality that year after year, is reborn, it renews itself, reestablishing an unusual relationship with contemporaneity as a boy, forever young, observing the world with a powerful vision. I recognised the manifestation of its youth in its having intercepted and traversed, for one hundred years now, popular culture in all its forms. Above all, in music: the only medium, aside from fashion, more reactive to the times that mutate and mark the new, the today, the now." 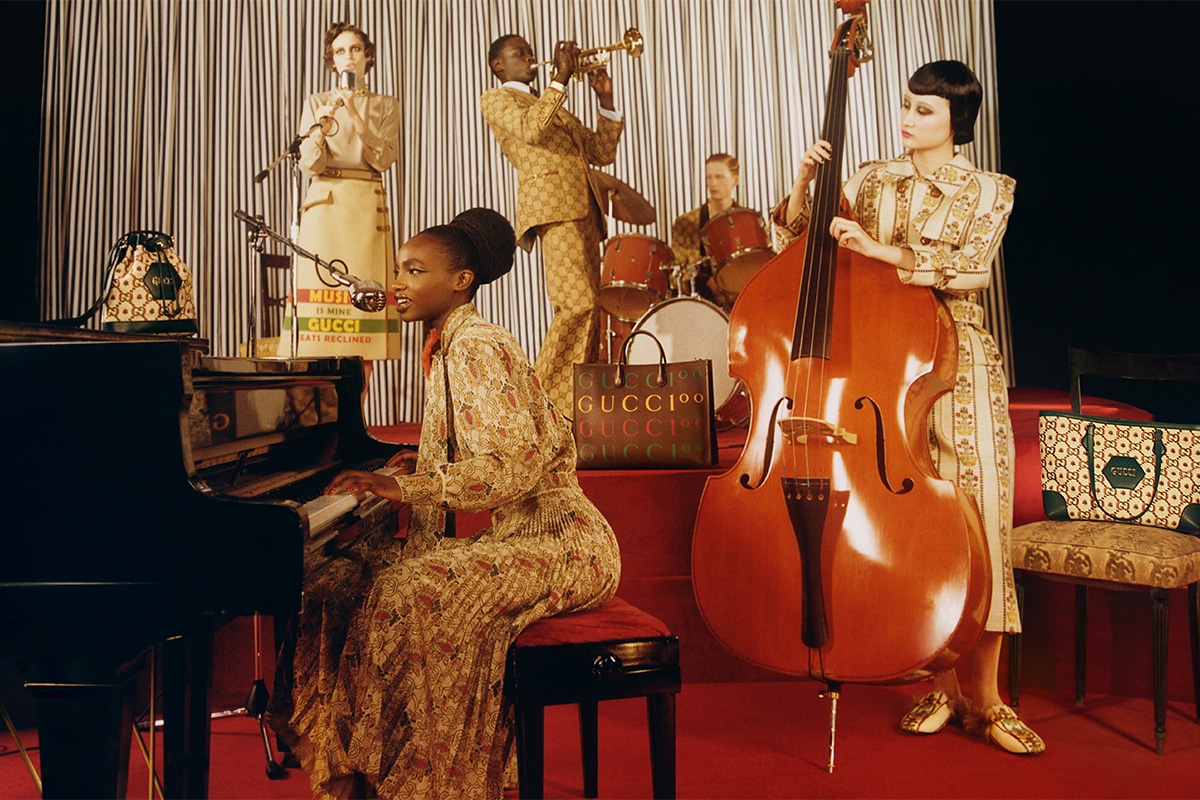 And with that, comes a milestone of a campaign. Whether its Jazz, Psychedelic, Japanese Punk, Disco, Hip Hop or Afrobeat; all of these genres and subcultures serve as a backdrop to Alessandro Michele's vision of the love of life of Gucci and the evolution of Gucci's style, energy and taste. Beginning with reflecting on the number 22,705 (the number of songs the word Gucci appeared in lyrics since 1921), the Creative Director continues on to say, "it isn’t a revisionist attempt to rummage through the past: if anything, mine is a ‘reverse’ revisionism of the House’s history, stitched back together by a piercing note, a melody, a refrain. Also because, if I were to depict Gucci, for me it would be an eternal teenager who hangs out at places where music is heard and played." 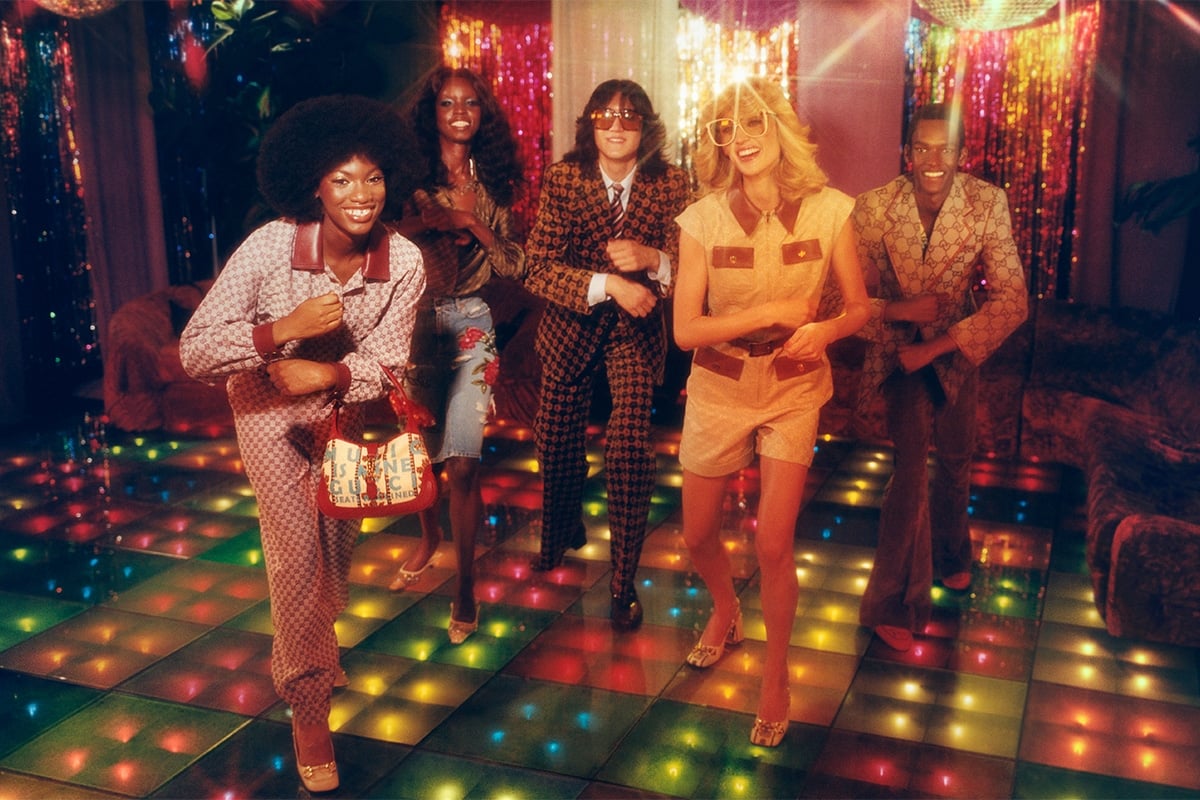 The ready-to-wear collection and accessories are all adorned with the celebratory title of Gucci 100 - taking this campaigns lyrical roots even further to print the garments with song verses from that have channeled the Gucci name. The full Gucci 100 collection is available to explore on gucci.com with more news and updates available online throughout all Gucci social media. 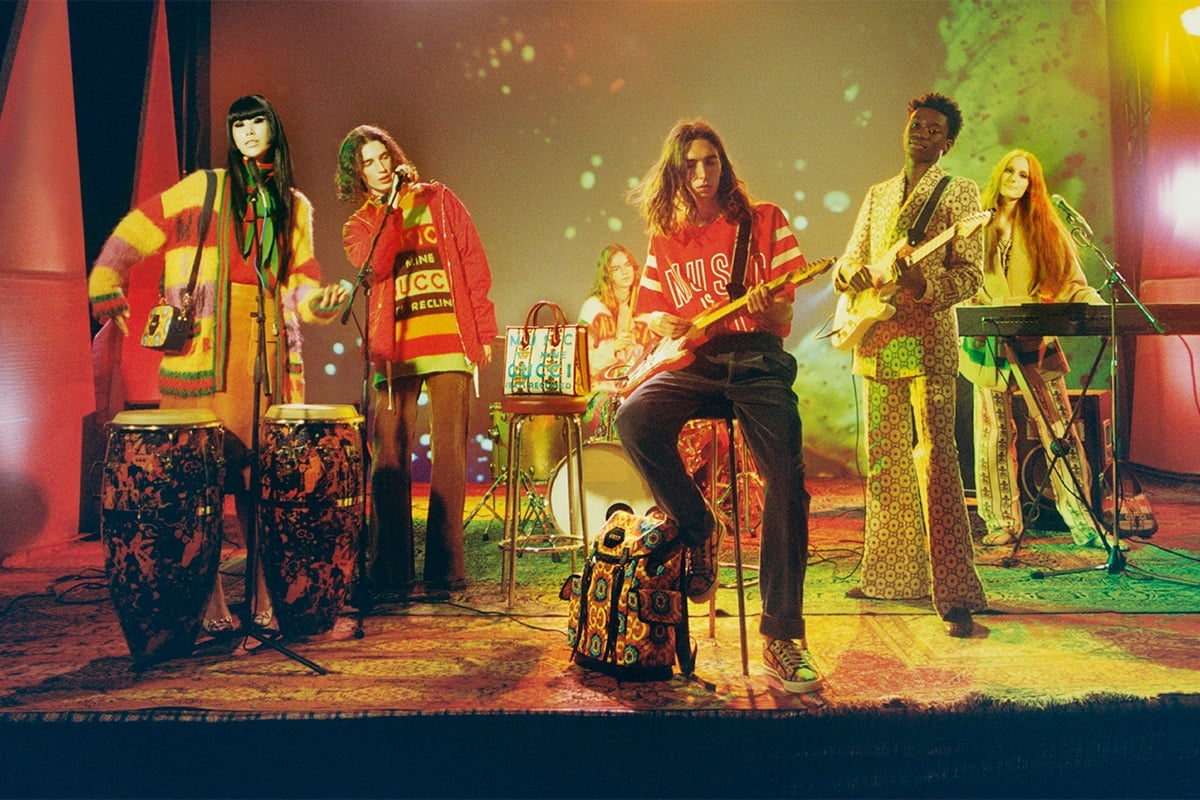