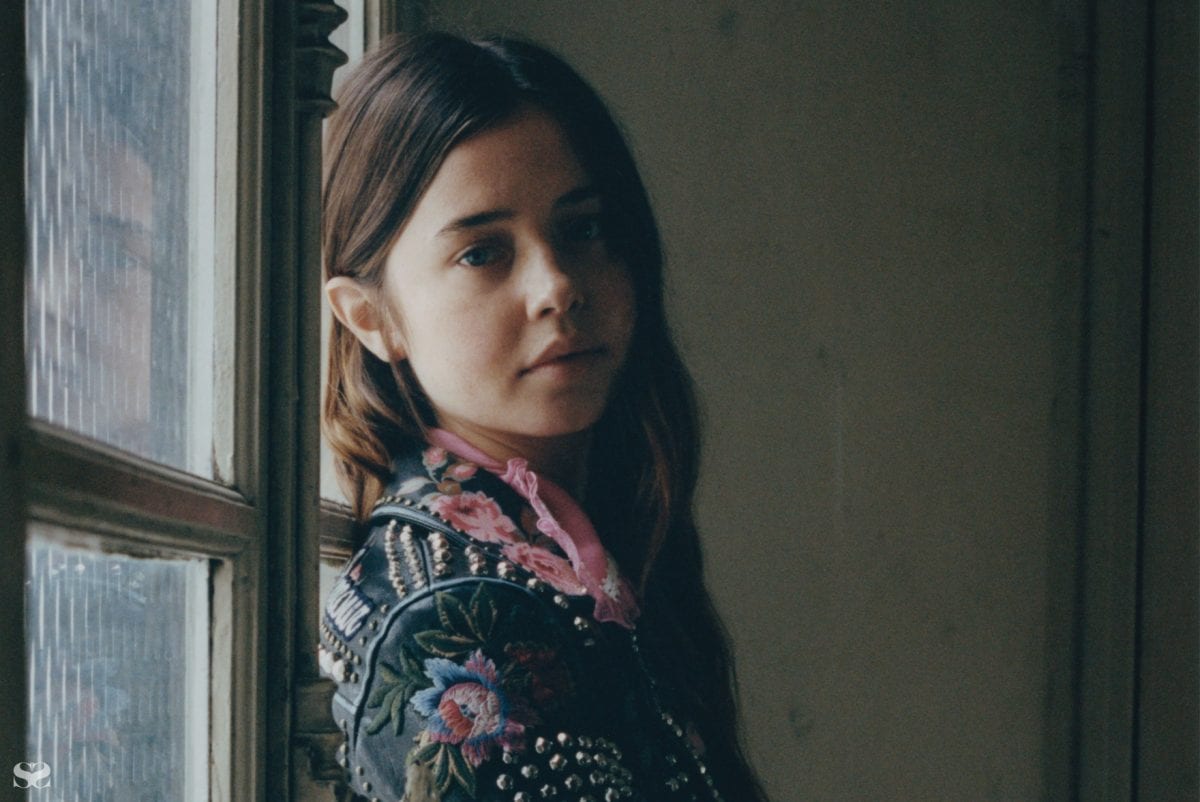 GUCCI jacket, shirt and skirt; talent’s own jewellery (worn throughout).

Even at first glance, it’s hard not to fall into some kind of love with musician, singer and songwriter Flo Morrissey. Her look floats somewhere between child of Woodstock and elf in a Tolkien fairytale – romantic, pure and wholly mesmerising; just ask Gucci’s Alessandro Michele, who, after discovering the young London native, wasted no time casting her to his front row for SS 16.

“I worked hard from a young age but not from a place of wanting fame, more with the idea I felt and feel so much fire within music that I want to let free.”

The 21-year-old’s pensive folk tunes and unembellished performances have seen her compared to icons of the 60s and 70s – Joni Mitchell and Joan Baez among them. You could say she’s a traditionalist, but only to a point; her path to the stage has been a decidedly modern one. At 14 she began learning the guitar and recording original songs on GarageBand, which she would soon start uploading to her Myspace profile. It was the video for song, Show Me - a Sofia Coppola-esque dreamscape filmed underwater by her younger sister and posted to Vimeo - that would capture the attention of Devendra Banhart’s manager Aram Goldberg. Last year Morrissey released her first album, Tomorrow Will Be Beautiful.

“Sometimes just being pragmatic and doing the mundane is where the beauty can come. It’s just about being open and not being so hard on ourselves.”

SEE THE FULL ARTICLE IN THE IMAGINATION ISSUE

Between dark and aptly satirical memes, couture show coverage, and #WFH hashtags, snippets of visual meditation appear across our screens.

Here’s to the Olympians of Tik Tok in all their psychotically talented glory, and our favourite posts of theirs yet.

The looks that got us the most excited for the games ahead,