Since Kim Jones began his artistic directorship for Dior mens, he's hardly rested in his creative endeavours. Tight, impossibly good collections, reinventions of House classics, and an ushering of a new way forward for the House of Dior. Now, Jones has set his sights on doing his bit for the planet by teaming up with Parley For The Oceans – an environmental organisation and collaborative network which addresses major ocean threats with a strategy called Parley Air, which is an acronym for avoid, intercept, redesign. 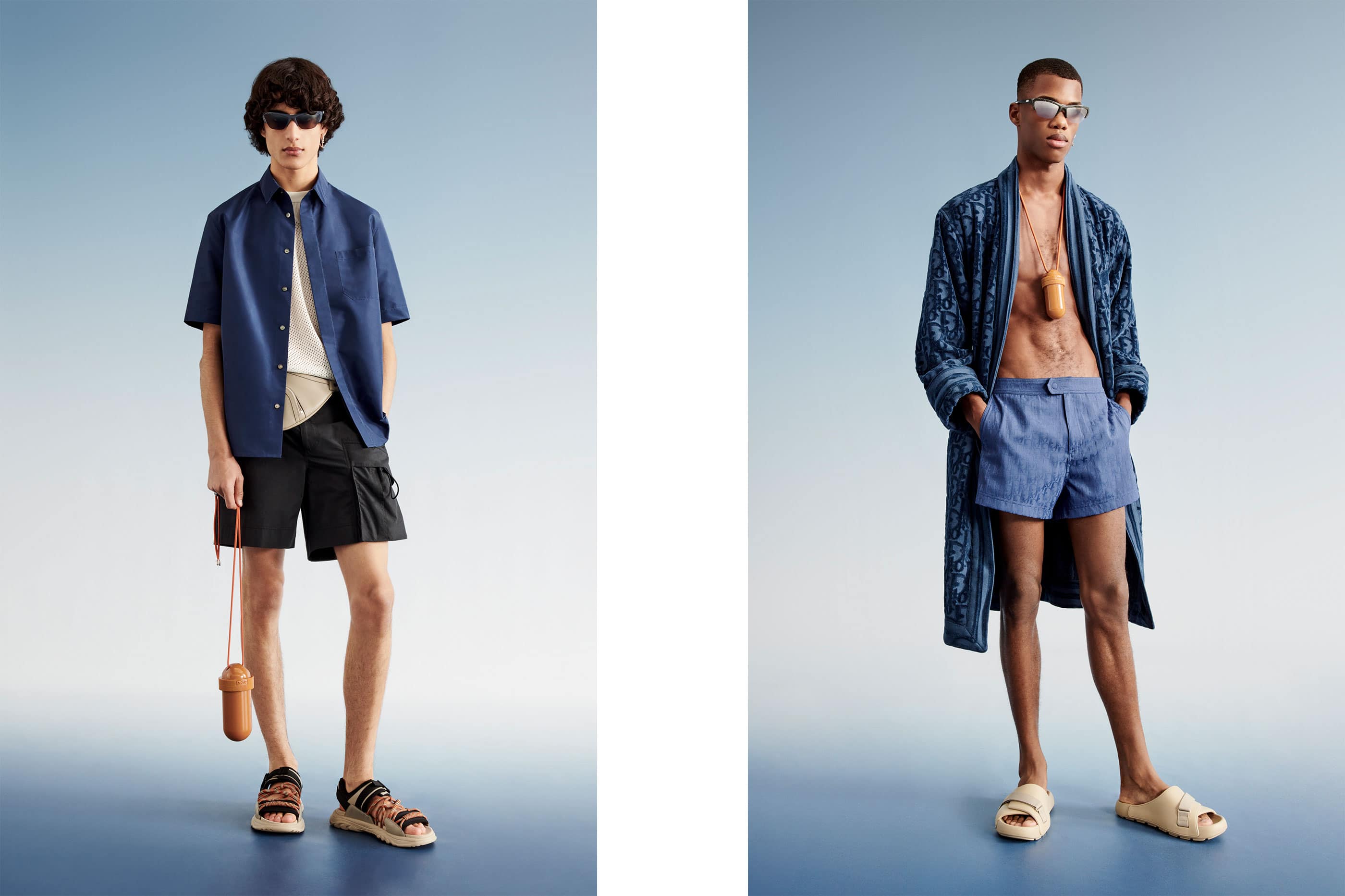 The offering in collaboration with Parley For The Oceans is a mens beachwear capsule which plans to be renewed season after season. The debut collaboration will introduce an offering of environmentally conscious pieces that embody Jones and the House of Dior's ambition to move further towards a more progressive, eco-innovative, and sustainable future for fashion. Available from April 14, 2022, the beachwear capsule, lensed by photographic king of holiday scenes, Brett Lloyd, presents a colour palette made up of classic neutrals alongside vibrant rust tones and deep blues.

The garments offer a summery option for those going into the warmer months with bucket hats, monogrammed caps, monogrammed towelling polo shirts and robes, tailored short shorts and silky navy cargo pants. There are rubber slides adorned with rope and knotted shoulder bags paired with smaller cross-body water bottles, while eyewear is offered in sporty, mirror-like iterations that speak to the trends of the season. Classic tailoring features throughout with relaxed, straight leg pants and classic button down shirts, while waterproof rain jackets are offered alongside knitted short-sleeve vests and slim, belted bags. For jewellery, single anchor earrings adorn the ears of models in silver, alongside a rope necklace with the same anchor serving as a pendant. 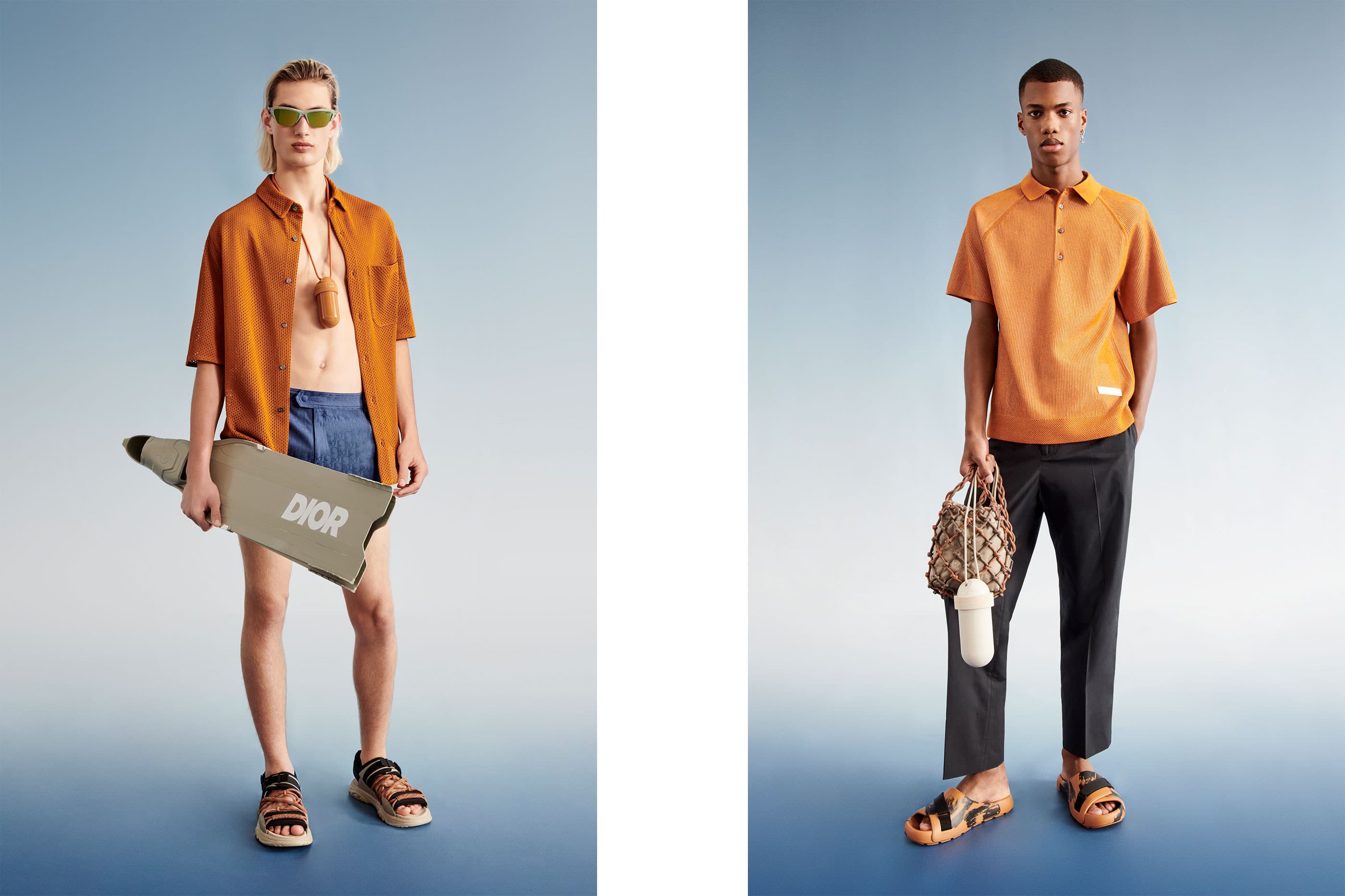 The Dior mens beachwear collection will be available to purchase via Dior's website.