Since the release of Murder on the Orient Express, many of us (me) have been no-so-patiently awaiting the release of the second instalment. Now after three painfully long years, we're finally getting a look at the second movie in the series - Death on the Nile.

The trailer for Kenneth Branagh's gorgeous adaptation of Agatha Christie's classic tale of mystery is here at last. And we have an official release date too. Australians will get to see this one in cinemas from October 8.

Take a look at the trailer below.

The story of Death on the Nile follows on from 2017's Murder on the Orient Express - also directed by Branagh.

The film follows Detective Hercule Poirot who is attempting to solve the murder of a socialite while on vacation in Egypt. It's an absolute feast for the eyes, as the eclectic group of travellers take an opulent trip through Egypt on a luxurious Nile River cruise, only to be met with murder and intrigue along the way.

The first movie featured a bumper cast, and Death on the Nile is no different. Starring Gal Gadot and Armie Hammer as an engaged couple, along with players like Annette Benning, Sophie Okonedo, Jennifer Saunders, Russell Brand, Letitia Wright, Rose Leslie and of course Kenneth Branagh as Detective Hercule Poirot.

The trailer introduces us to the players, all set to a moody cover of Depeche Mode's 'Policy of Truth', ending with the dramatic reveal of Branagh reprising his role as Poirot. Pistols, pearls, big hats and deco fashions all star in this 1930's mystery epic.

The film had been completed for a 2019 release but was held over, presumably so it didn't have to compete with the likes of Star Wars, which was set to be released at the same time.  Now it's slated for an October 8 release in Australia, with the US release date slipping two weeks to October 23 due to the COVID pandemic.

As I wrote previously when discussing my equal excitement for the upcoming Enola Holmes movie, mystery is clearly the best genre of film - I will not be entertaining anything to the contrary. So, it's good to know that we have a couple of them to look forward to.

Take a look at some of the stills from the film below. 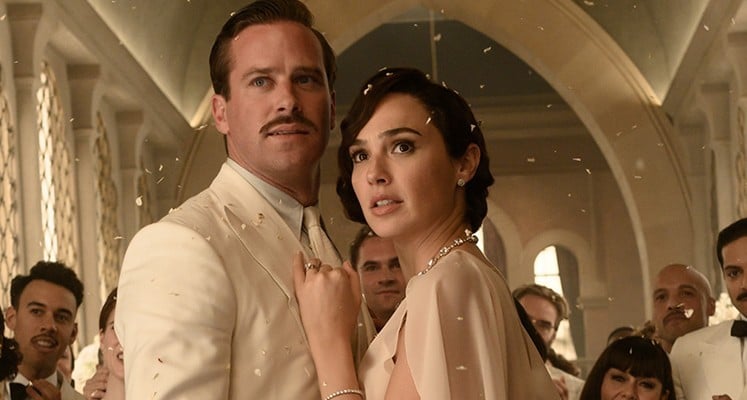 PREVIOUS
Introducing Raes Artist in Residence 2020: a Commas capsule collection
NEXT
Bella Ferraro's new single 'Her' will take you high above the clouds