After an eight-year journey of self-discovery, we're finally getting to hear from Bella Ferraro again.

This captivating singer-songwriter is now back, and with a new single Her - released completely independently from any record labels.

And with her new song and her new sound, the Sydney-born and now UK based singer-songwriter is ready to unveil a new chapter in her story.

If her name sounds familiar to you, you'd be right. Bella Ferraro captivated millions of Australians (myself included) with her heartfelt and soulful rendition of Bon Iver's Skinny Love on The X Factor Australia. Her voice was a unique and authentic sound that stood out from the rest. Naturally, she was signed to Sony Music not long after and released singles Set Me On Fire and Forgot You.

But it was not the time. She walked away feeling a mix of deflated and uninspired and set our on her quest to discover “Who is Bella Ferraro”.

After embracing the rollercoaster of emotions, falling in love, heartbreak and experimenting with different sounds and musical projects, she's reached a new place of self-discovery and her new music was born.

Bella reveals that she proudly identifies as queer, and now publicly opens up about the uncertainty of a burgeoning relationship in her new single Her.

“The song itself came together very quickly. The melody came first, then the beat, and then once the music was finished I wrote the lyrics. I wrote the entire song by myself using Ableton, and then when I was happy with the production structure, I gave the Ableton project to Zepha to polish up," Bella says. 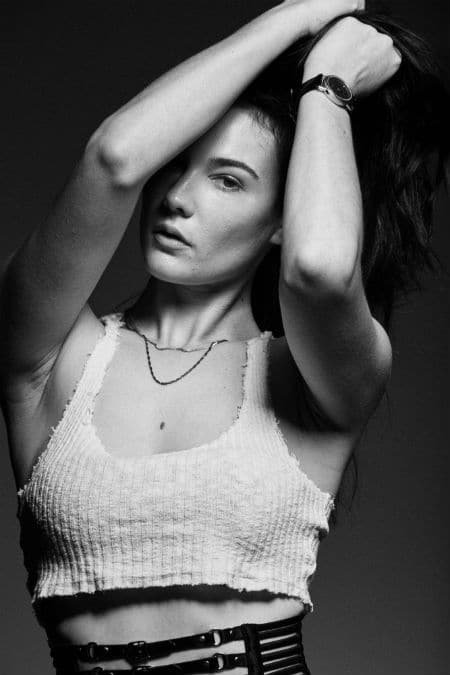 It's a bold and daring return that hears her channeling a new sound, while staying true to the raw tone that captivated the hearts of millions almost a decade ago. With pulsating synths and trap inspired beats, Her is relevant, modern but soulful

“Lyrically ‘Her’ explores the stark differences in how this relationship was approached. I was dreamy and imaginative, convinced that everything would be fine; and she was cautious and cynical, sure that everything would go wrong. Ultimately, while our perspectives were opposed, they were similarly unrealistic” she explains.

Her is only the beginning. We'll be seeing more from Bella Ferraro this year. In the meantime, press play on Her below.

PREVIOUS
Behold, Armie Hammer's moustache in 'Death on the Nile'
NEXT
A room of one's own: inside the home of Lauren Trend