It was introduced in 1961 as an expression of the 60s, but when Jackie Kennedy Onassis used it to shield herself from paparazzi shots in the 70s, the Gucci Jackie bag became an iconic bag of the moment, and one that would endure through the decades.

It's become a longstanding silhouette throughout the House's history since its chronicled rise to icon status, and to celebrate the bags timeless nature, Gucci has enlisted Dakota Johnson and Glen Luchford to mark a new era for the Gucci Jackie. In the brand's latest campaign, Johnson is captured in the midst of everyday moments of life in Los Angeles, carrying different versions of the Jackie 1961. 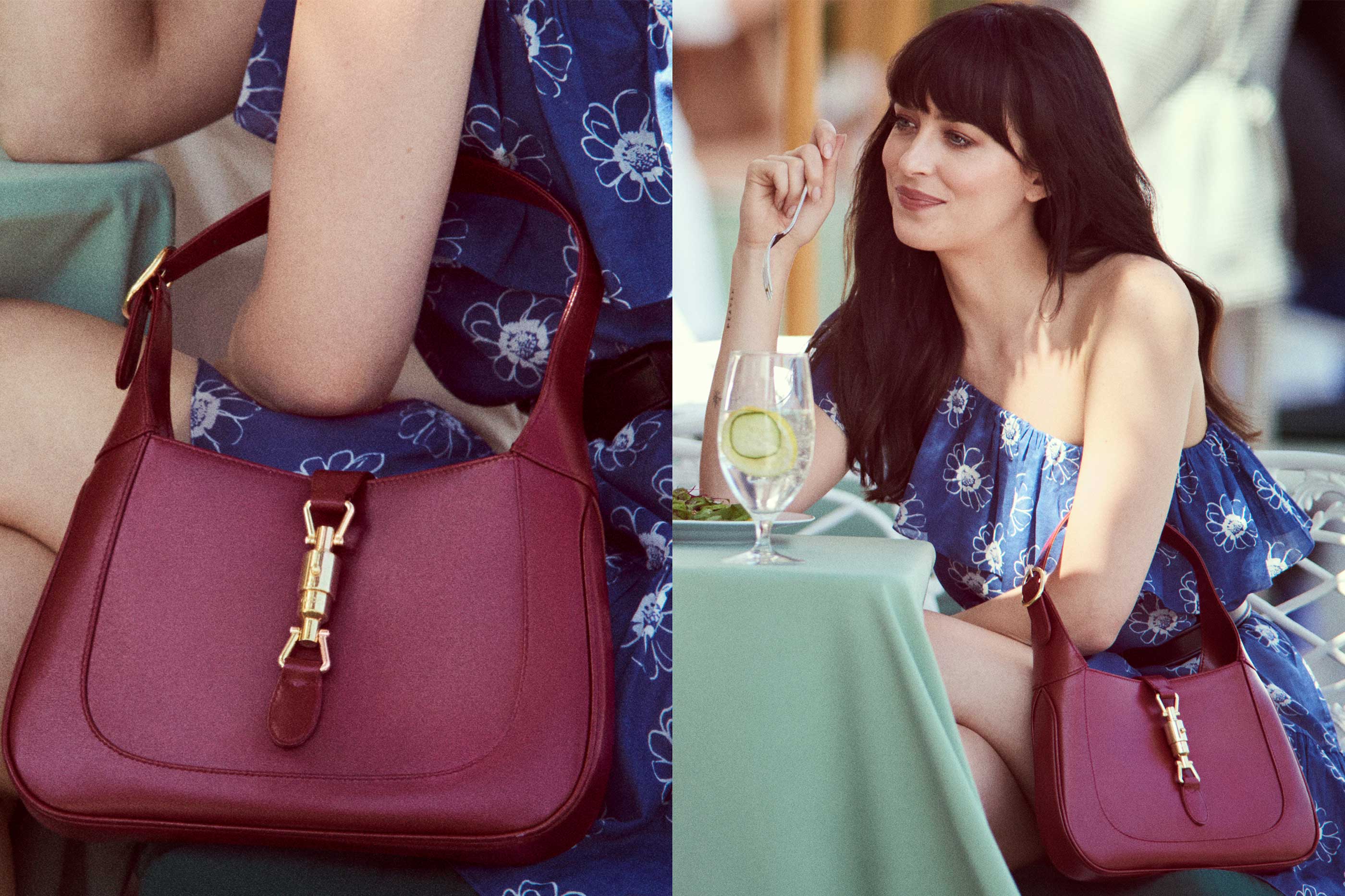 She carries the classic black iteration to purchase Lillies from a flower stand, and is seen eating lunch with a deep red version. On her way to work out, she is captured holding a vibrant blue croc version of the Gucci Jackie 1961, the strap elongated so it can be positioned as a crossbody. In the evening, shot on the street, she wears a two-tone python iteration with rust leather details.

In the accompanying campaign film, directed by Luchford, the narrative of everyday life continues, and plays on the "paparazzi" lens theme the images convey. In a series of clips captured from far away, Johnson is seen driving her car, getting groceries, spending time with friends, and out at night with different Jackie styles. 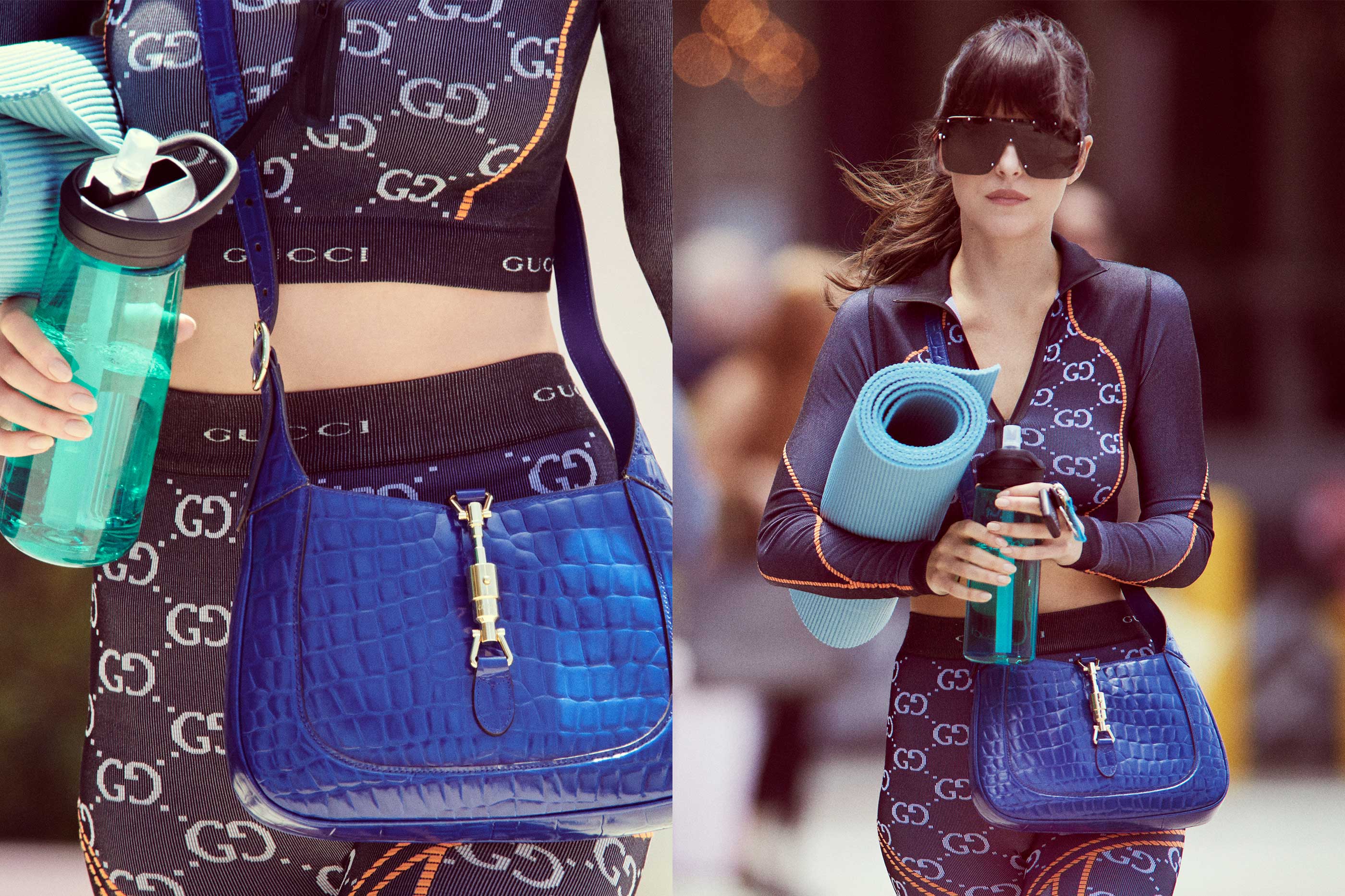 "Following a distinguished line of reiterations, each emblematic of its time, today’s Jackie 1961 emerges to transcend the traditional with its sleek silhouette and universal attitude." a press release reads.

The original model introduced in 1961 became expressive of the 1960s and 1970s jetsetter lifestyle for which Gucci was known and new sensibilities were brought to the signature style in 1999 and 2009, drawing from a contemporary intuition and attitude and ever-assuming new characters that defy definition.